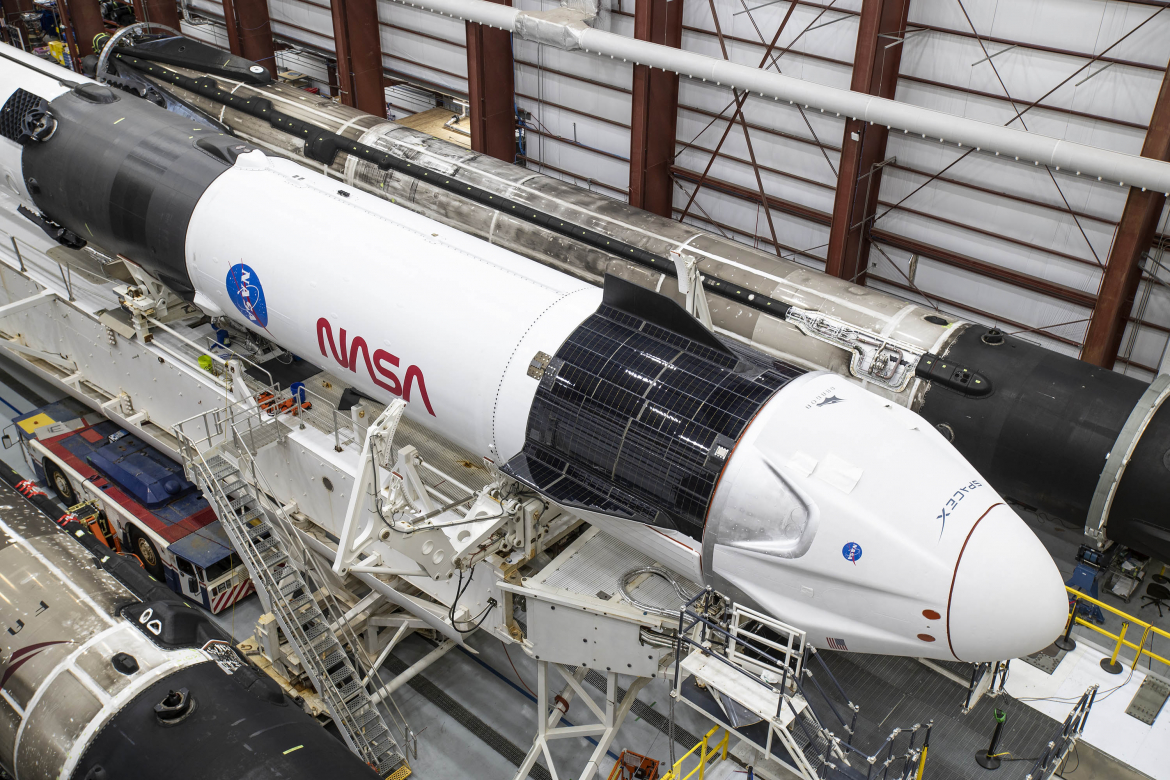 For the first time since 1982, NASA has certified a spaceship to operationally carry humans into low Earth orbit.

At the Kennedy Space Center today, NASA and SpaceX — with JAXA’s participation — formally certified the Crew Dragon spacecraft and Falcon 9 rocket to transport people to and from the Space Station and cleared the Crew-1 mission for launch on Saturday, 14 November at 19:49:50 EST (00:49:50 UTC on 15 November).

Meanwhile, SpaceX has delayed the planned Tuesday static fire of the Falcon 9 rocket in order to swap out a purge valve on the second stage.

Completion of the two-day Flight Readiness Review for the Crew-1 mission ended with the unanimous and historic certification of a commercially designed, built, and flown spaceship to fly humans into orbit.

“Today, and everyone’s formal approval, this was a big day.  It’s a very exciting day,” said Kathy Lueders, NASA Associate Administrator, Human Exploration and Operations Mission Directorate.  “For those of us who have been looking forward to this day for a very long time, it was very inspiring to sit here in a room and get ready to fly our first Crew-1 mission.”

“And as we sat here and looked at the work all the teams had done… for us to be able to go execute this mission this weekend, it was awe inspiring.” 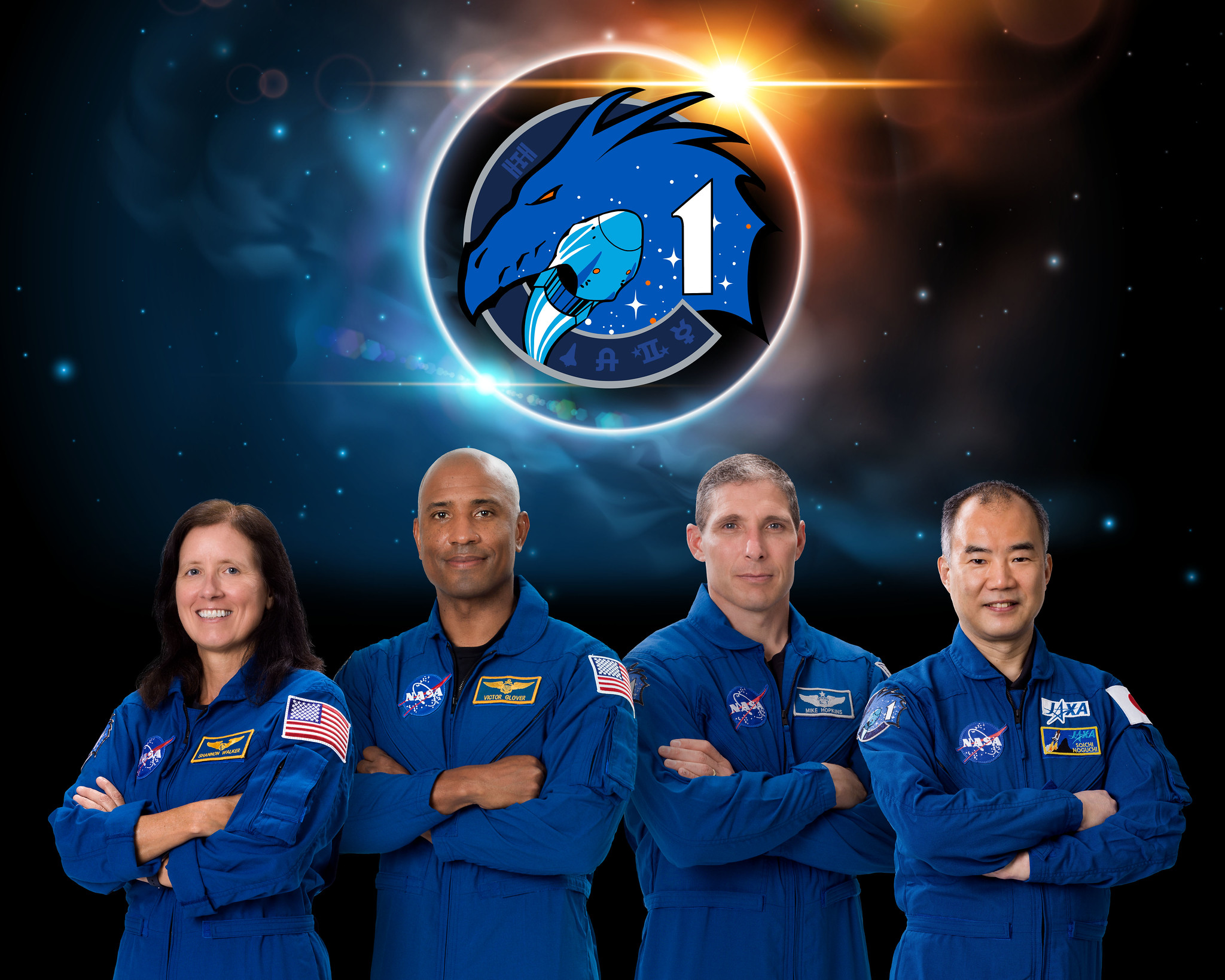 Addressing SpaceX directly, Kathy said, “You have shown us you can deliver a spacecraft that meets our requirements.  You can safely fly our astronauts to and from the Space Station.  You’ve shown us the data; we trust you.”

The certification marked the first time NASA gave its formal acceptance to a human-carrying spacecraft since STS-5 and Columbia, which launched on the Shuttle Program’s first operational mission just one day shy of 38 years to the day ago on 11 November 1982.

Over the past two days, teams from NASA, SpaceX, and JAXA (the Japan Aerospace Exploration Agency) met at the Kennedy Space Center to review all systems and program readiness to implement not just the launch but the planned half-year stay of the Crew-1 astronauts aboard the International Space Station.

Steve Stitch, NASA’s Commercial Crew Program Manager, added “Today is the culmination of years of work.  But even though we’re certified, we’re not treating this mission any differently than any other.”

This included a detailed review of the particular Falcon 9 rocket that will launch the mission.  Two of the nine Merlin 1D engines on the first stage were found to have similar issues to those that caused a late-count, post-engine start command abort on the pad for another Falcon 9 on the GPS III SV-04 mission.

That investigation prompted an inspection of the engines on the Crew-1 booster, which revealed two engines with similar issues.  One of the engines was completely replaced while the other was removed, repaired, and reinstalled.

The replacement of one engine, however, meant that one of the nine Merlin 1D engines could not undergo all NASA-specific inspections that engines launching humans for the Agency are subjected to.

While some inspections were carried out, not all could be accomplished prior to the planned launch date.  To this end, a discussion at the Flight Readiness Review centered around accepting the engine as-is due to the fact that all Merlin 1Ds, regardless of whether they fly crew missions or not, are built the same specifications — thereby providing an incredible amount of flight data upon which to accept a single engine waiver for some NASA-specific inspections.

Waivers are a normal part of spaceflight and are accepted for every mission.  For Crew-1, Steve Stitch said approximately 100 waivers total between Crew Dragon and Falcon 9 were accepted by all parties during the course of the Flight Readiness Review.

An element SpaceX voluntarily chose not to submit for a waiver but swap-out instead is a purge valve on the Falcon 9’s second stage.

After rolling to the pad Monday night and going vertical on Tuesday morning, teams preparing the rocket for launch discovered a slight anomalous reading coming from a t-shaped purge component on the second stage.

Rather than accept the issue as is, which could have been done, teams made the recommendation to bring the Falcon 9 back horizontal Tuesday night and swap out the component.

Doing so necessitated postponing the planned Tuesday evening static fire, which had been planned for a 6-hour window opening at 19:49 EST, 00:49 UTC.

Instead, teams will swap out the purge valve and plan for a static fire on Wednesday.

Data from the full-duration hold down firing of all nine Merlin 1D engines on the base of the Falcon 9 will provide critical information to both SpaceX and NASA for the L-2 day Launch Readiness Review, which will be the final moment to review all technical readiness considerations for both Falcon 9 and Crew Dragon.

The predicted location of the International Space Station at the moment of Crew-1’s launch Saturday night. (Credit: GoISSWatch App)

Liftoff of the Crew-1 mission with Michael Hopkins, Victor Glover, Shannon Walker, and Soichi Noguchi is targeted for an instantaneous window at 19:49:50 EST on Saturday, 14 November — 00:49:50 UTC on Sunday, 15 November.

Despite the potential threat of bad weather from Tropical Storm Eta in the Gulf of Mexico, Steve Stitch said during the post-Flight Readiness Review teleconference that weather was actually “looking good” for Saturday’s attempt.