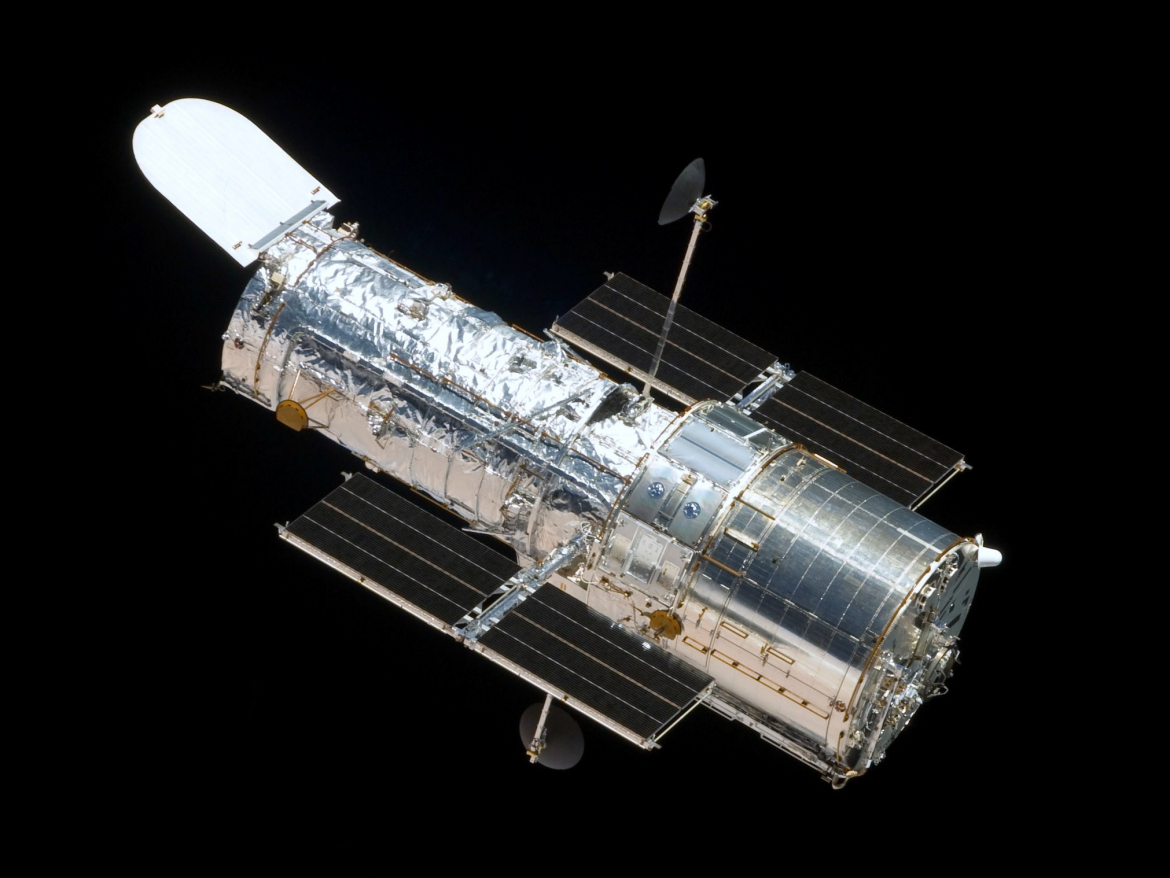 It’s a constant of the universe.  Dark matter – a key ingredient for the formation and evolution of galaxies is present in whatever galaxy is observed.

But how is this possible?

Evidence of its existence, however, comes from observed galaxies and the laws of gravity that show that galaxies would fly apart given their observable masses, not move the way they do, and never have formed at all unless an unseen form of matter (dark matter) was present in significant quantities as well.

As with most aspects in science lacking direct observation, alternative theories exist to explain why the galaxies form and move and interact as they do. 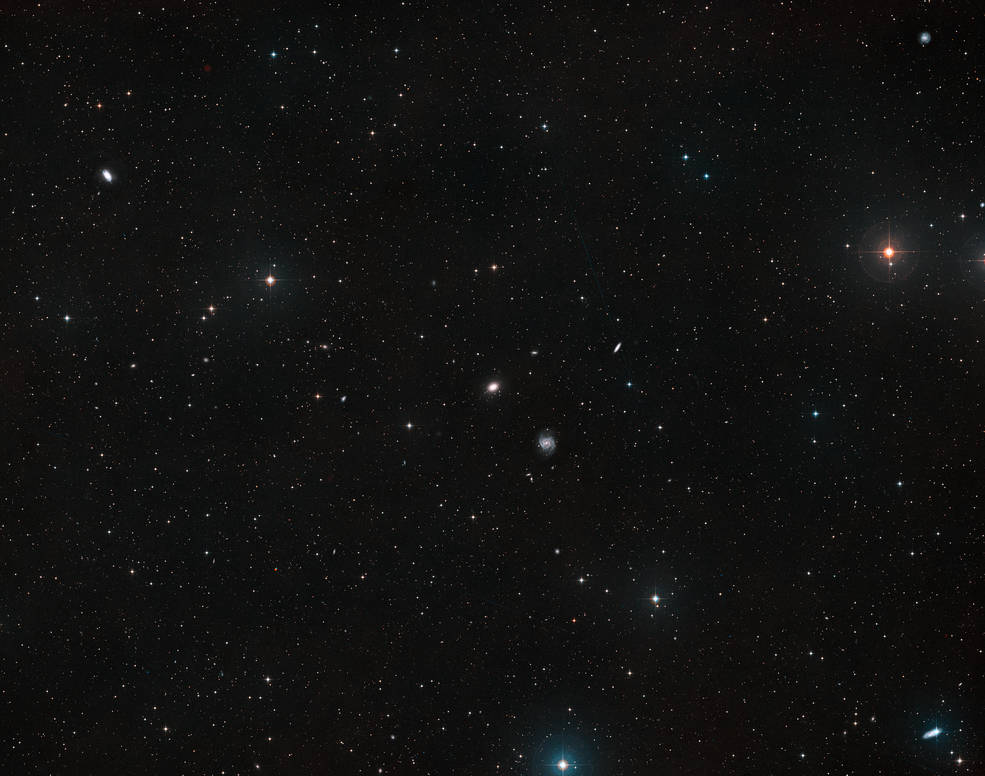 However, an investigation into how galaxy NGC 1052-DF4 came to be missing most of its dark matter has revealed strong evidence for the underlying mechanism.

According to Dr. Mireia Montes, University of New South Wales, Australia, who led the international team that made the discoveries, “We used Hubble in two ways to discover that NGC 1052-DF4 is experiencing [a galactic] interaction.  This includes studying the galaxy’s light and the galaxy’s distribution of globular clusters.”

Globular clusters — spherical groups of stars outside a galaxy that orbit the parent galaxy’s core — are believed to form during periods of intense star formation in the parent galaxy.  They are compact in size and highly luminous and serve as property tracers for their host galaxy.

In simpler terms, globular clusters are smaller versions of their host galaxy’s properties and therefore serve as easily observable stand-ins for what is happening inside the larger galaxy.

Hubble’s optical data was supplemented by observations made with the 10.4 meter Gran Telescoppio Canarias (GTC) and the IAC80 telescopes in the Canary Islands, Spain.

Raúl Infante-Sainz of the Instituto de Astrofísica de Canarias in Spain added that it was “important that we use not just one telescope/instrument, but several (both ground- and space-based) to conduct this research.  With the high resolution of Hubble, we can identify the globular clusters, and then with GTC photometry we obtain the physical properties.” 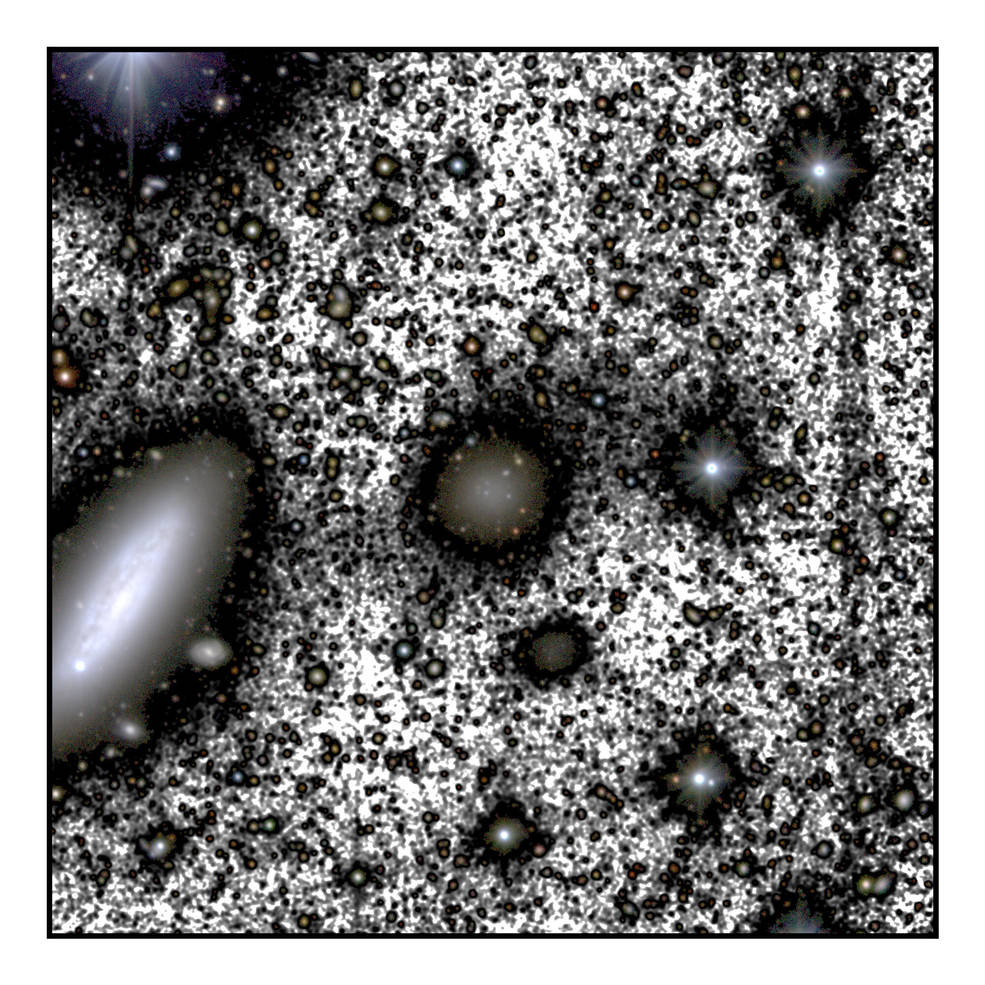 Using the combined observations, the team saw that NGC 1052-DF4’s globular clusters were being pulled away from it by the more-massive NGC 1053 galaxy.  Additional observations showed tidal tails of material moving away from NGC 1052-DF4.

This all points to tidal disruption “stripping” away the dark matter first, as it would be the easiest matter to remove… which precipitated the now-seen gradual unraveling, “stripping,” of the remaining matter in NGC 1052-DF4.

Current estimates show 7% of the galaxy’s stellar mass is located within these fleeing tidal tails and that the galaxy’s core has not yet felt the unravelling process begin.

“In time, NGC 1052-DF4 will be cannibalized by the large system around NGC 1035, with at least some of their stars floating free in deep space,” said Ignacio Trujillo of the Instituto de Astrofísica de Canarias. “This result is a good indicator that, while the dark matter of the galaxy was evaporated from the system, the stars are only now starting to suffer the disruption mechanism.”

Dr. Mireia Montes added, “This discovery reconciles existing knowledge of how galaxies form and evolve with the most favorable cosmological model.”

Staying on the galactic scale, Hubble observations have also revealed unprecedented detail of black holes… specifically the shadows they can cast.

Shadows and black holes might seem at odds given the nature of black holes, yet that is exactly what artists and amateur astronomer Judy Schmidt of California discovered while reprocessing images from the public Hubble archive. 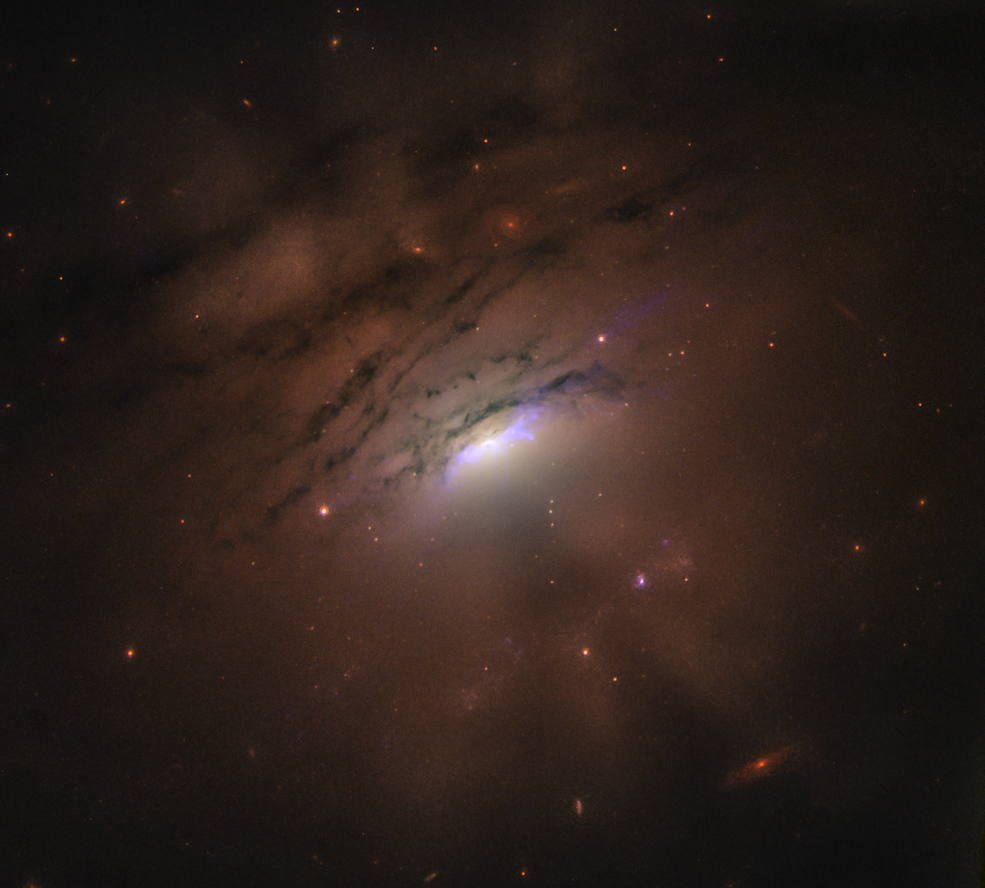 This Hubble image of the core of active galaxy IC 5063 reveals a mixture of bright rays and dark shadows reaching across 36,000 light years. (Credit: NASA, ESA, and W.P. Maksym (CfA))

The shadowy fingers reaching out 36,000 light years from the center of galaxy IC 5063 were not visible in the original exposures.

(For context, the solar system orbits between 25,000 and 27,000 light years from the center of the Milky Way.  Or, for Star Trek fans, 36,000 light years is roughly half the distance the starship Voyager had to travel while returning from the Delta Quadrant.)

But as Judy began to change the contrast of the image, looking for artistic inspiration, the reach of the black hole became evident.  “I had no idea they were there, and even after I’d processed it, I kept blinking my eyes wondering if I was seeing what I thought I was seeing,” Judy related.

“It was something I’d never seen before, and even though I had strong suspicions about them being shadow rays or ‘crepuscular rays,’ as Peter has dubbed them, it’s easy to let one’s imagination and wishful thinking run wild,” she explained.  “I figured if I was wrong, someone would come to ground me.”

She posted the image to twitter, where one of her followers, Dr. Peter Maksym (the “Peter” referenced in the previous paragraph) of the Center for Astrophysics, Harvard & Smithsonian (CfA), in Cambridge, Massachusetts, saw it and took interest.

Peter had already been analyzing Hubble images of the powerful jets of light from superheated gas produced by this very galaxy’s black hole.  Peter engaged with the post and debate surrounding the “crepuscular rays” and took the lead on investigating further.

Using data from Hubble’s Advanced Camera for Surveys and Wide Field Camera 3 — added to Hubble by STS-109 in March 2002 and STS-125 during the final servicing mission to the great observatory in May 2009, respectively — Peter and his team determined the rays were indeed coming from the galaxy’s core.

Several explanations have been proposed, the most likely and fascinating of which is that the shadowy rays are created when light from the black hole’s geyser of light is blocked by the ring of dust surrounding the core of galaxy IC 5063.

According to the theory developed by Peter and the team, some of the light hits dense patches in the ring (or torus), casting the ring’s shadow into space.  These shadows appear as dark finger shapes interspersed with bright rays from the light that isn’t blocked by the torus.

These beams and shadows are visible because the black hole and its ring are tipped sideways relative to the plane of the galaxy, an alignment allowing the light beams to extend far outside the galaxy.

“I’m most excited by the shadow of the torus idea because it’s a really cool effect that I don’t think we’ve seen before in images, although it has been hypothesized,” Peter said.  “Scientifically, it’s showing us something that is hard — usually impossible — to see directly.  We know this phenomenon should happen, but in this case, we can see the effects throughout the galaxy.”

“We will want to keep investigating, and it will be great if other scientists try to test our conclusions, too, with new observations and modeling,” he said.  “This is a project that is just begging for new data because it raises more questions than it answers.”