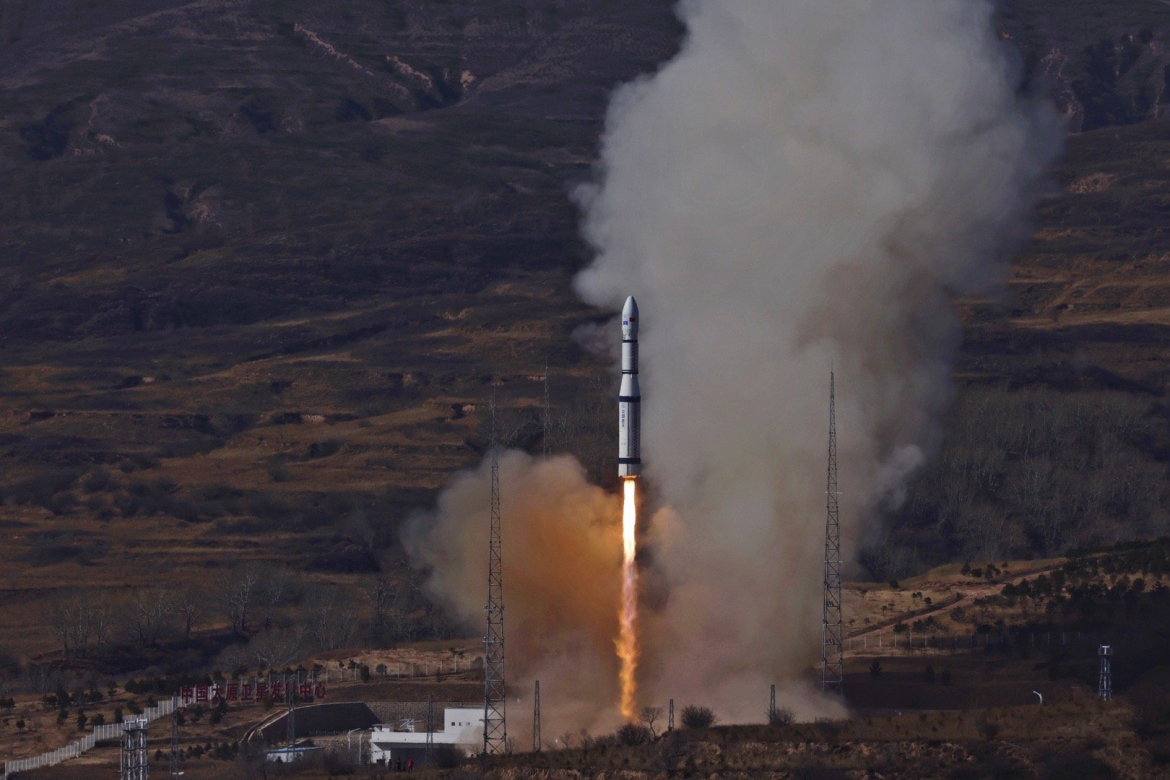 The satellites were orbited by the Long March-6 (Y3) – Chang Zheng-6 – rocket from the LC-16 launch complex of the Taiyuan Satellite Launch Center.

Originally scheduled for 20 October, the launch was delayed due to rescheduling events at the launch site.

The new satellites orbited today are part of the Aleph-1 constellation that is being developed and operated by Satellogic S.A. and will ultimately consist of up to 25 satellites.

The satellites are almost identical to each other and have a mass of 37 kg each, with dimensions of 450mm x 450mm x 800mm. The mission’s primary objective is to commercially provide earth observation images to the general public in the visible and infrared parts of the spectrum.

The Aleph-1 constellation offers exclusive access to the insights the companies need with no capital outlay and no technical risk, offering uninterrupted coverage, rapid capability recovery, and transparent hardware and software satellite updates.

The satellites allow for the management of forest lands, assets, and capital allocation, permitting the control over forest land use and track the evolution of any area frequently; preventing theft and illegal harvesting while receiving geo-alerts about impacted areas and their sizes anytime the changes are detected; will help define carbon stocks and fluxes for government reporting through empirical models that deliver a time series of carbon fluxes on a national scale; and help assess forest-stand variables while optimizing a company business operations and dynamically estimate forest-stand variables such as volume, yield, height, basal area, and DBH using predictive models.

In terms of agricultural management, the Aleph-1 constellation will help to manage agricultural land and assets, tracking land use, resources, and capital over time, while managing the supply chain efficiently and unlock market intelligence for the company’s business; it will prevent theft and illegal harvesting through geo-alerts about impacted areas and their sizes anytime changes are detected; will monitor crop health, pests, and weeds using Satellogic’s semantic segmentation technologies, to help clients to be able to see what they care about through augmentation lenses that can highlight everything from crop type and age, to the presence of pests; rationalize irrigation and use of chemicals and assess agricultural land characteristics with a tool specifically adapted to a company’s locations, experience, and expansion needs.

In the Energy Industries, the satellites will reduce operational costs and improve efficiency with automate pipeline integrity management, preventing illicit activities, complying with environmental regulations, and monitoring infrastructure and assets.

In the fields of Finance and Insurance, the satellites will help assess the impact, monitor natural disasters, and access leading socioeconomic indicators for competitive intelligence.

The satellites orbited in this mission were: 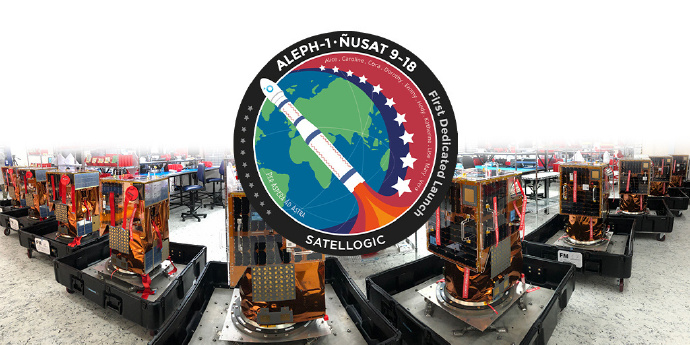 The satellites are named after exceptional scientists, continuing the Satellogic tradition of honoring outstanding women in STEM of all times that made history while reinforcing its commitment to diversity, equity, and inclusion.

We have contact and healthy beacons. All of our satellites are in good health reporting through our ground station network. Ad astra!! 🚀 #OurFirstDedicatedLaunch https://t.co/Ancwgj66yw

The launch vehicle is based on the 3.35m-diameter boosters, which have been developed as a strap-on booster for the CZ-5 family of SLV.

The core stage consists of a single 120t-thrust YF-100 engine that burns oxygen and kerosene (LOX/Kerosene) propellant, causing less pollution than the UDMH/N2O4 (nitrogen tetroxide) propellant currently in use.

The Long March-6 is designed for small-load launch missions, with a sun-synchronous orbit (700km SSO) capability of 1,080 kg.

In September 2009, the Chang Zheng-6 launch vehicle development program was officially approved by the Chinese Government, and the first flight was expected to take place in 2013. SAST was tasked with the development of the new launch vehicle in July 2008. 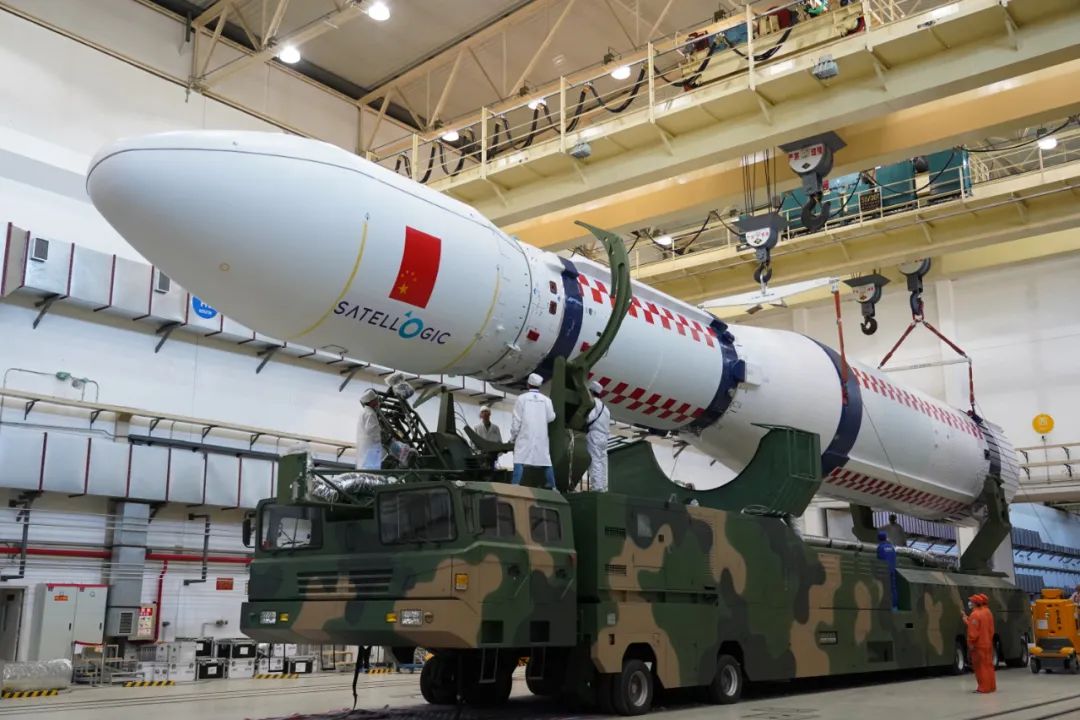 The third stage is equipped with four engines with 4 kN (each) and eight 100 N thrusters for attitude control. The engines are powered by a mixture of kerosene and hydrogen peroxide.

Situated in the Kelan County in the northwest part of the Shanxi Province, the Taiyuan Satellite Launch Center (TSLC) is also known by the Wuzhai designation. It is used mainly for polar launches (meteorological, Earth resources, and scientific satellites).

The launch center has two single-pad launch complexes, a launch area for the new Long March-6 rocket, a technical area for rocket and spacecraft preparations, a communications center, a mission command and control center, and a space tracking center.

The rocket stages are transported to the launch center by railway and offloaded at a transit station south of the launch complex. They are then transported by road to the technical area for checkout procedures.

The launch vehicles are assembled on the launch pad by using a crane at the top of the umbilical tower to hoist each stage of the vehicle in place. Satellites are airlifted to the Taiyuan Wusu Airport about 300km away and then transported to the center by road.