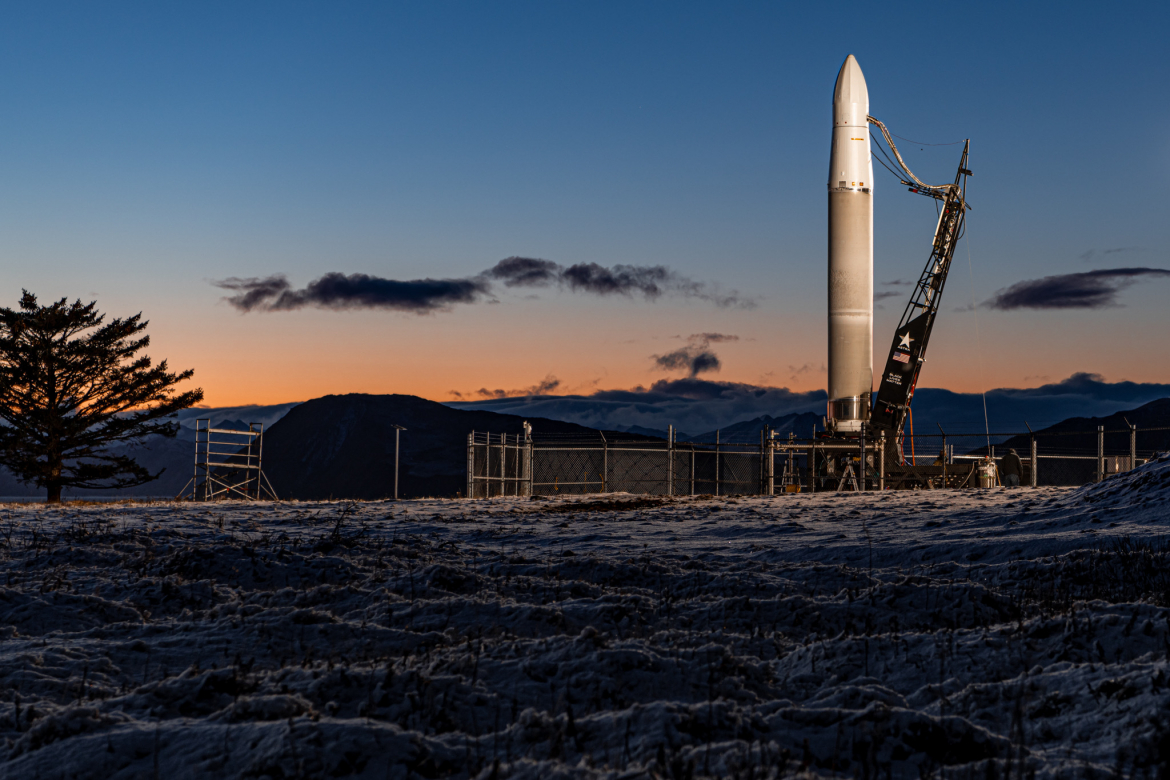 The launch carried no payload, just like Rocket 3.1 in September. The goal of the launch was to make progress towards reaching orbit, as the young launch company continues to develop and test their small satellite launcher.

Rocket 3.1 launched on September 11 on the first orbital launch attempt by Astra. Shortly after liftoff, the flight was terminated via a commanded engine shutdown by the flight safety system due to an oscillation and subsequent drift from the planned trajectory. Once the engines shut down, control of the vehicle was lost, and the rocket broke apart due to aerodynamic forces and fell to the Alaskan shore.

While this was the first flight of Astra’s Rocket 3 family, the company also lost the Rocket 3.0 vehicle in March during a fueling test due to a stuck valve. Astra has also previously launched two suborbital missions, Rocket 1.0 and Rocket 2.0, in 2018.

Astra understands and stresses that reaching orbit on the first or even second attempt would be a rare feat for a brand new rocket, and have thus set their goal to reach orbit within three flights. Of course, achieving Earth orbit sooner would allow Astra to begin launching customer missions, of which there are over a dozen with signed launch contracts, so Rocket 3.2 will still attempt to go all the way to orbit if the flight proceeds well.

Astra completed a static fire test of Rocket 3.2 in November at their company headquarters in Alameda, California. The vehicle was then packed up and shipped to the launch site for its test flight. Daily launch windows for this mission continue until December 18.

The launch took place from Pad 3B (LP-3B) at the Pacific Spaceport Complex in Kodiak, Alaska. Kodiak is not a relatively busy spaceport, which provides Astra a favorable environment for conducting their development and testing programs. The launch site has previously hosted the Athena I and Minotaur IV orbital launch vehicles, as well as several suborbital missile launches for the United States Air Force, Army, and Missile Defense Agency.

After lifting off from Kodiak, Rocket 3.2 flew south over the Pacific Ocean towards a polar Low Earth Orbit. The targeted orbit was inclined 98.1 degrees and circular, at an altitude of 380 kilometers.

According to Astra, the rocket successfully lifted off, and the first stage burned successfully.  The two stages then separated as planned, and the second stage successfully made it above the Karman Line — the internationally recognized boundary to space at 100 km — shortly thereafter.

The company later declared a “HUGE SUCCESS!!!!!!!” while tweeting images appearing to show the second stage either in orbit or on a high suborbital trajectory.

The goal of Rocket 3.1 was to complete first stage flight and separate the payload fairing and upper stage. Since these goals were not met on that flight, Rocket 3.2 will want to get at least that far to keep Astra on track for orbit within their first three attempts. The guidance issue which doomed Rocket 3.1 was fixed with a software update, enabling the quick turnaround after their first orbital attempt. 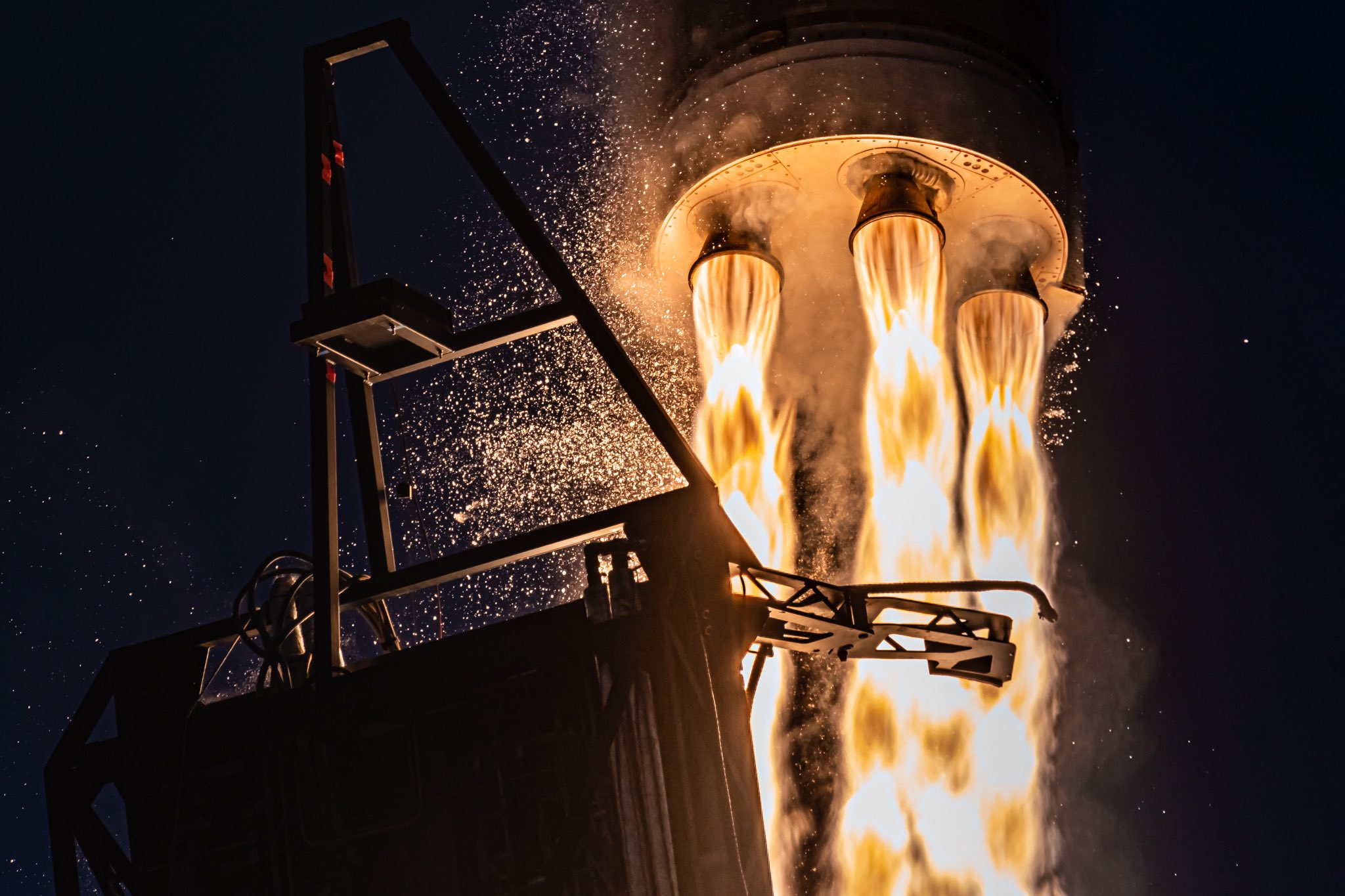 During a nominal launch, Rocket 3.2 will experience maximum dynamic pressure, or Max Q, 57 seconds after liftoff. This is the point in flight where stresses on the vehicle reach their peak, as the rocket accelerates to higher velocities and ascends into thinner air in Earth’s upper atmosphere. Stage 1 flight continues until T+ 2 minutes, 22 seconds, when the five first stage engines shut down.

Both stages of Rocket 3.2 are fueled by RP-1 kerosene and Liquid Oxygen, the same propellants used by SpaceX‘s Falcon family and the first stage of United Launch Alliance’s Atlas V launcher. The first stage is powered by five Delphin engines, each generating 6,500 pounds, or about 28.9 kilonewtons of thrust. The Delphin engines are fed by electric pumps, similar to those on Rocket Lab‘s Electron rocket.

After main engine cutoff, or MECO, the payload fairing is separated to expose the upper stage. The second stage then separates, and upper stage ignition occurs at T+ 2 minutes and 33 seconds. This stage is powered by a single Aether engine, which is pressure-fed RP-1 and Liquid Oxygen. The stage generates 665 pounds, or about 3 kilonewtons of thrust.

The nominal flight plan should have resulted in the second stage shutting down at T+ 8 minutes and 32 seconds, placing the stage in orbit. Three seconds later, the payload deployment signal should have been sent, although there is no payload on board to physically separate from the vehicle. This decision was made in order not to risk a real payload on an unproven vehicle, as well as to keep the rocket light in order to increase performance margin, should any part of the vehicle slightly underperform.

Once operational, the Rocket 3 family will serve the small satellite launch market, competing with the likes of Rocket Lab, Virgin Orbit, and Firefly Aerospace. Astra’s mission is to provide more frequent and low cost launches to space through iterative development and highly automated launch operations. Rocket 3.1 was deployed at the launch site by a team of just six people in less than a week’s time.