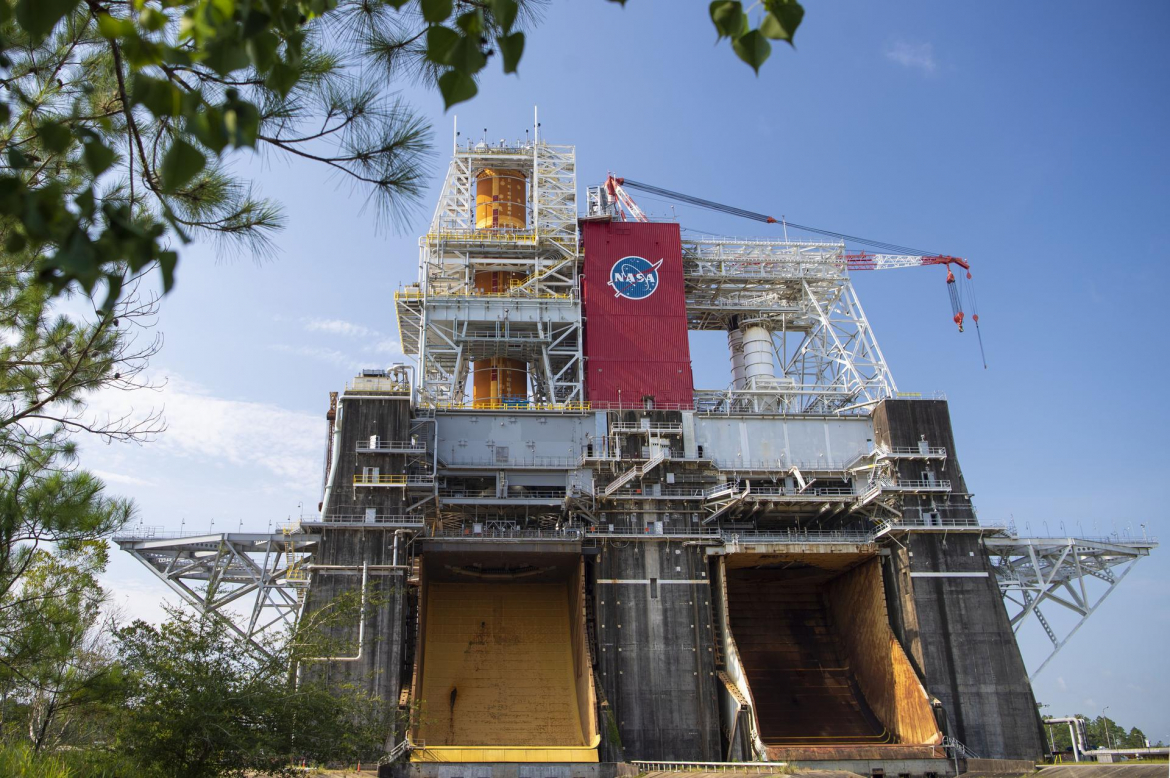 The first attempt to conduct a Wet Dress Rehearsal (WDR) of NASA’s Space Launch System (SLS) Core Stage was scrubbed on Monday, December 7 near the beginning of the operation.

The test team ran into problems early in the process of loading liquid oxygen (LOX) from the Stennis facilities into the stage. As the WDR cannot be completed without fully loading the LOX tank, the test was scrubbed. NASA and Boeing are now updating their procedures and determining the date of the next attempt to complete the WDR.

Core Stage prime contractor Boeing is conducting the Green Run test campaign in the B-2 Test Stand at the Stennis Space Center in southern Mississippi east of New Orleans where the stage was built and assembled.

The Wet Dress Rehearsal test is intended to lead into a mission-duration, 500-second Hot-Fire test by performing a full launch countdown on this first Core Stage flight article. Monday was the first attempt to run through the whole sequence, from filling the propellant tanks and replenishing them as the super-cold fluid boils off to the final pre-ignition countdown sequence.

The WDR countdown continues until less than 30 seconds before engine ignition, and Monday’s attempt was scheduled to conclude in the late afternoon; however, it was stopped in the morning by problems loading LOX onto the stage. Propellant loading starts with LOX first, followed by LH2 a few hours later. Issues were first noted with the initial chilldown phase of LOX loading.

A slow flow rate of propellant first chills down the facility and vehicle lines to start the loading process so they aren’t shocked by the sharp, several-hundred degree drop in their temperature. Normally, after the chilldown phase, the loading transitions to a slow fill phase, which is at a higher flow rate, and then a fast fill phase to fill the propellant tank. 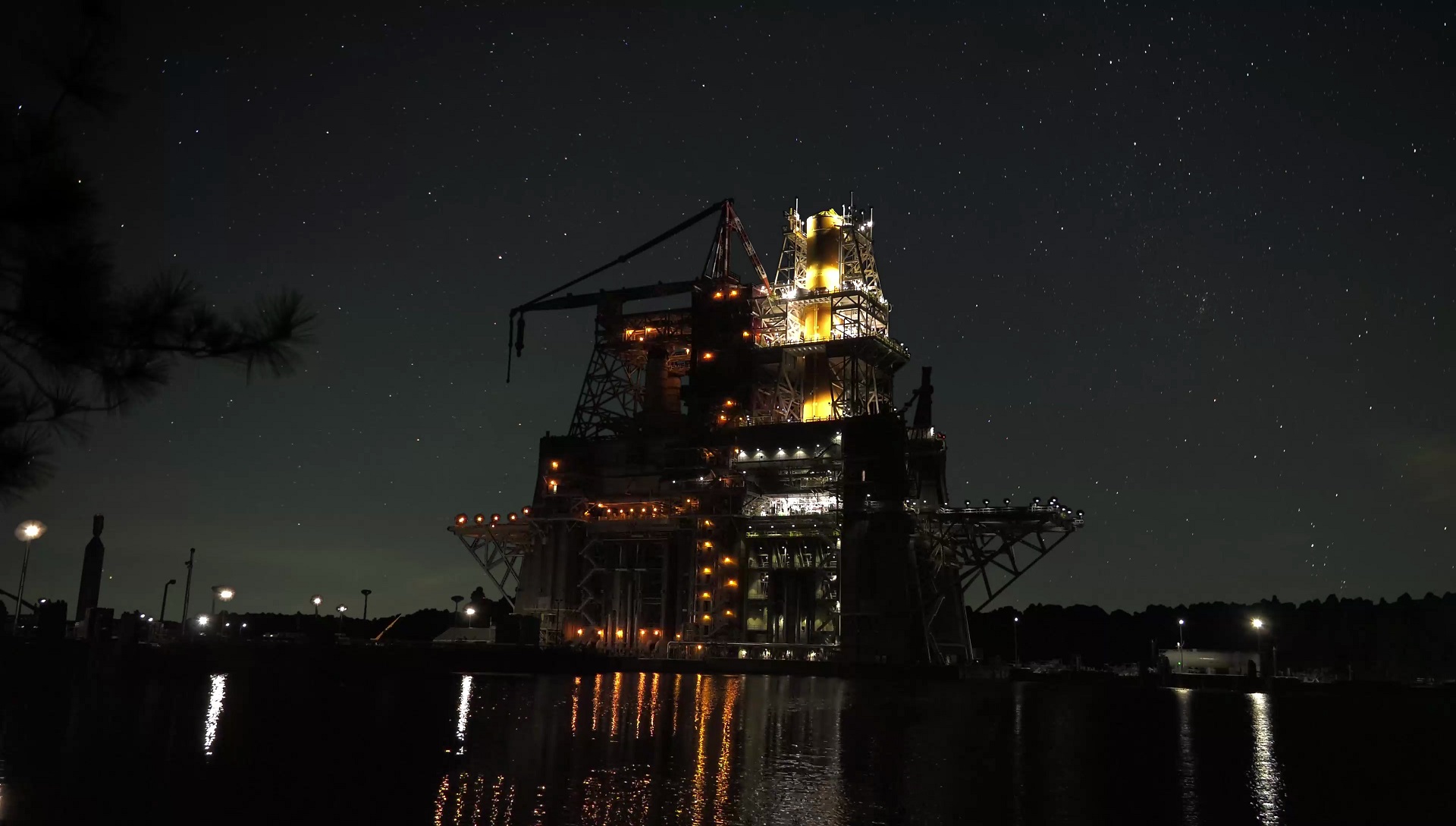 An issue with the LOX chilldown process run on Monday meant that the LOX propellant tank couldn’t be filled, which meant that the full WDR test wasn’t possible.

NASA’s post-scrub statement indicated the vehicle systems performed well and that the Core Stage engineering community and the test team at Stennis were working on fixes and determining when the tanking and countdown demonstration parts of the WDR test can be retried.

The test team was still able to provide valuable data to Core Stage engineering on the performance of the vehicle during the early propellant loading process. Although the full test was scrubbed, the issue with liquid oxygen loading did not prevent executing the start of the liquid hydrogen loading sequence.

The LH2 propellant systems operate at much lower temperatures than the LOX side and are more susceptible to issues like leaks. As it turned out, the test team ran through the LH2 chilldown sequence without any reported issues or leaks.

The ability to flow LH2 propellant through the engine section lines into the bottom of the LH2 tank also provided an opportunity to measure the performance of several Main Propulsion System elements during the loading sequence.

What amounted to a chilldown test allowed data to be collected on the propellant feed system umbilical connections, valves, manifolds, and flanges under cryogenic loading conditions. It also provided initial data, under live countdown conditions, on the performance of systems like vehicle avionics and environment control system purges and heaters. 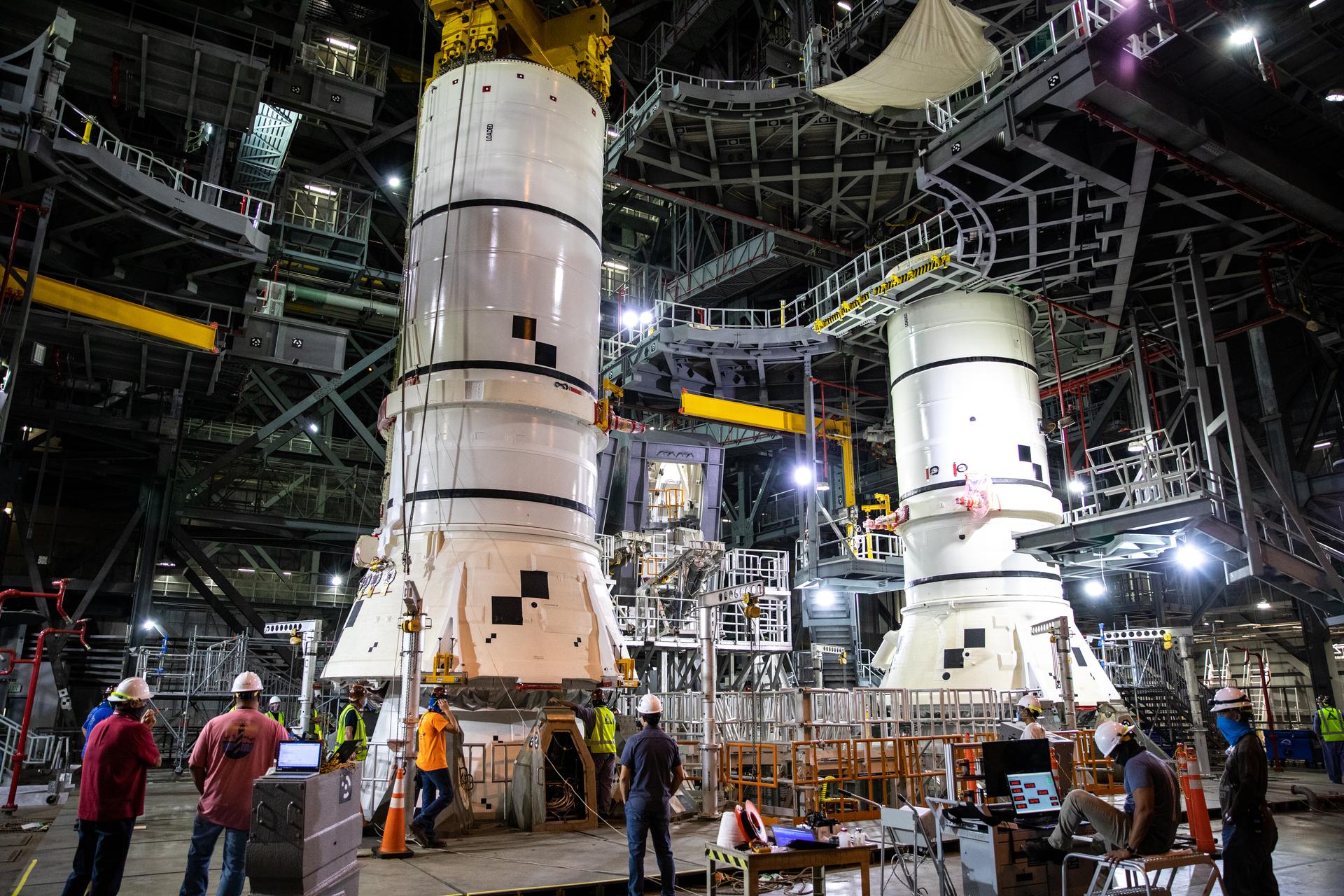 The second aft segment of the first SLS rocket is lowered into position on the Mobile Launcher in the Vehicle Assembly Building at the Kennedy Space Center. (Credit: NASA)

While troubleshooting the issues with the LOX propellant loading, engineers have the opportunity to analyze test data collected yesterday and compare it to their existing analytical models.

Troubleshooting will continue, meanwhile, to figure out what needs to be fixed or changed and when Boeing can try again to run through a full launch countdown sequence.

Although NASA received an initial data set to analyze, the extra delay in completing the WDR could push back the date of the Hot-Fire test that culminates the Green Run campaign.

The test-firing was tentatively possible before Christmas if the WDR was completed on Monday, but the extent of the delay to the WDR is not yet known and there may be more learning experiences in the process of completing the rest of this first live countdown test.