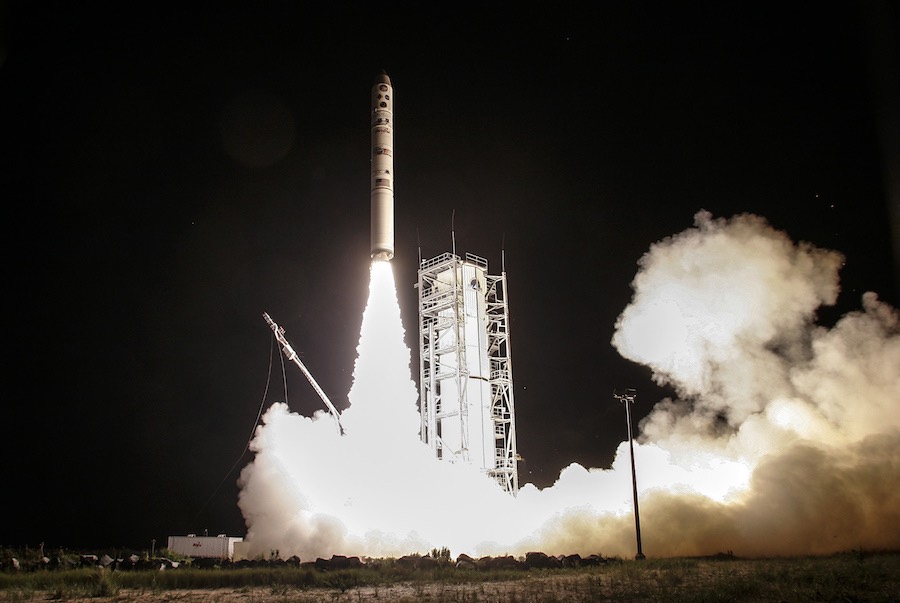 Most rocket launches culminate with liquid-fueled upper stage engines turning off at exactly the precise millisecond a host of parameters — such as flight path angle, orbital inclination, apogee, and perigee — are all met simultaneously.

So then how do solid propellant upper stages like those used on the Antares, Pegasus, and Minotaur fleets from Northrop Grumman perform those same types of mission-precise orbital insertions when solid propellant stages cannot be turned off once ignited?

In short, there are three issues that must be addressed.

“There are three issues with solids,” said Mike Ruth, Northrop Grumman Fellow, in an interview with NASASpaceflight.  “The first is that you can’t turn them off.  The second one is that they have short and impulsive burns.  And the third is that you need to bleed off extra energy.”

“So the first one is: we can’t turn the rocket off.  So what do we do about that?” asked Mike.  “The basic fix is that we have a very rigorous process for predicting the energy on board the engines.”

Kurt Eberly, Director Space Launch Programs, Northrop Grumman, added, “The key to targeting a [solid] vehicle is knowing how much energy we’re going to get out of the stage when the final grain of propellant is burned.  And this starts back at the Solid Rocket Booster manufacturing facility and our propulsion systems business unit in Utah, formerly ATK.”

The first step in the process after a solid rocket motor case is wound together to form a composite case is to determine its dry mass by weighing it before any propellant is added. 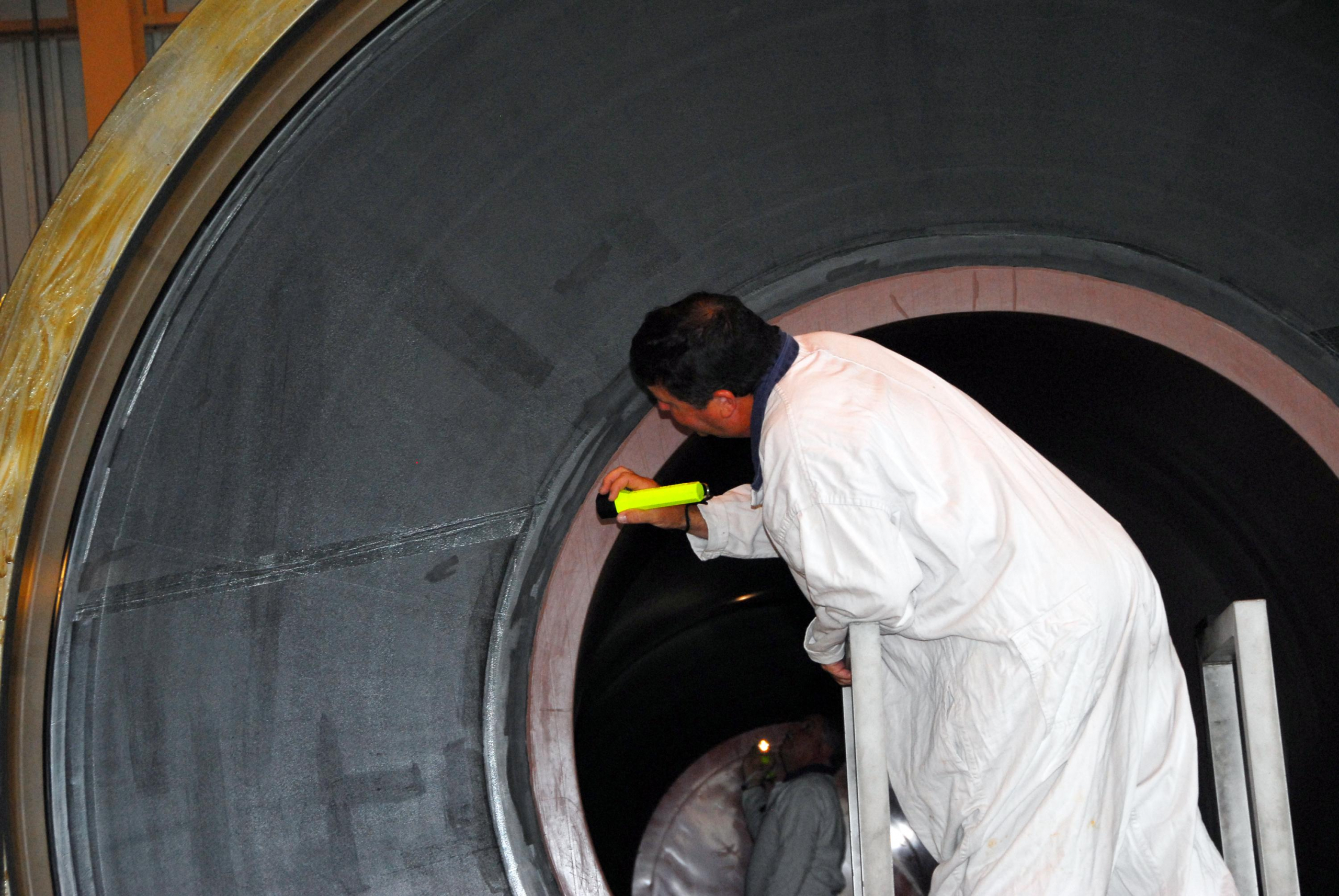 Technicians (one inside the segment, one outside) inspect the propellant grain of a Solid Rocket Booster segment for the Space Shuttle (Credit: NASA)

Afterward, the propellant — a very viscous product at this stage — is poured into the casing and allowed to cure until hardened.  A small amount, 1 pound, is kept from each batch.  This is called a 1-pound charge and is a very critical part of the data used to design the flight profile for each solid motor upper stage.

“Of these mixes of propellant, a little bit of it is put to the side, called a 1-pound charge, and then we take that into a test facility, and we burn it, and we measure the energy output from the burn,” said Kurt.

Here, the precisely calibrated estimate of the total energy of the stage can be determined when combined with a second weighing of the motor case after the propellant is cured and machined to its proper shape.  The difference between the dry mass and fueled mass gives the precise mass of the propellant… which coupled with the measurement of the burn energy of the 1-pound charge provides the detailed estimate for the total energy in the stage.

“So then our propulsion system group puts that all into a ballistics report for us, all these weights and energy that we’re going to get, and so on, and then they send that to us over at Launch Vehicles.  And then we take that ballistics report and we do our own modeling,” added Kurt.

Mike Ruth then continued, “So we take that data and a ballistics file — and that’s basically the main data set for what the predicted or nominal history vs time of the engine thrust vs. the remaining propellant mass.”

“That gets incorporated into the simulation, and then maybe an even more important piece of data which is the dispersions we need to assume — a measure of how confident the vendor is in their prediction of the energy, the exact amount of energy that’s on the stage.  And for solid booster guidance, we make very careful use of the predictions of how much energy we nominally have on board.”

The next step is to center the guidance design.  “We develop these predictions of how accurate we think the orbit can be, and there’s some iteration processed with the payload folks because we’re flying different payloads that have masses.  And those discussions are all months before liftoff.”

And all of this data, coupled with real-time flight data, is used by the rocket’s guidance algorithm — PEG (Powered Explicit Guidance) — to compute the best, most fuel-optimal course to orbit.

For liquid-fueled rockets, that path involves a near-continuous burn for a direct-to-orbit ascent.  Solid vehicles can’t do that.

Issue #2: You can’t do a near-continuous burn to orbit on a solid propellant vehicle

Using the Antares rocket from Northrop Grumman as a reference, the need to coast when using solid upper stages is seen with a one minute or more separation between first stage shutdown and Castor 30XL solid upper stage ignition.

Mike related, “A characteristic of solids is that the burns are very short, maybe a minute to two minutes.  But they’re primarily impulsive.  It’s like a hammer blow.  And you have to live within that constraint.  So the main way we compensate for that is that we calculate a coast time.  For Antares, that’s about 60 seconds.”

“So all of that time is a calculated coast time so that when you ignite, you are going to complete your orbit at the end of your relatively short burn.  That’s a crucially important step,” said Mike. 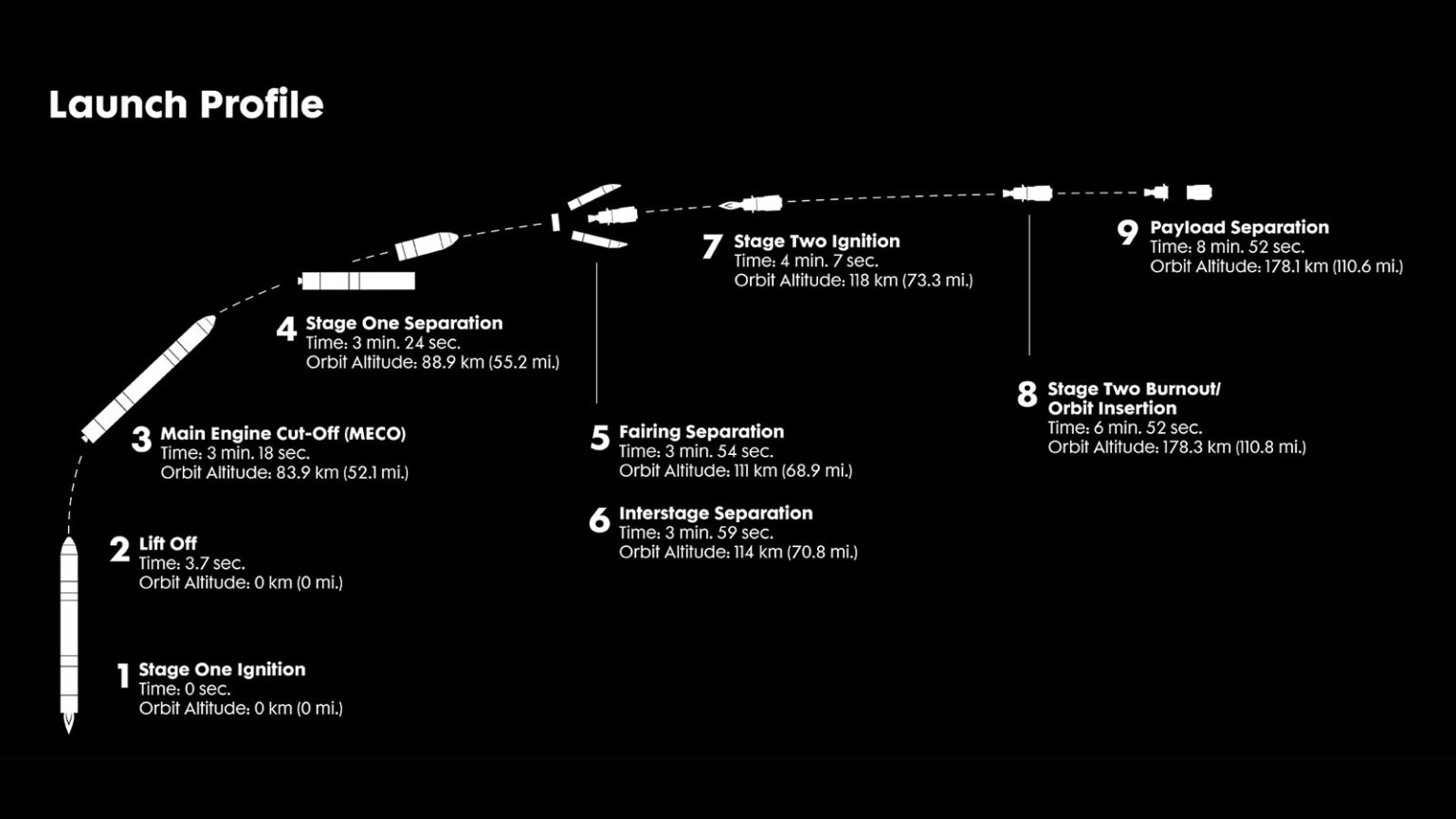 The process of calculating the guidance solution can take up to 20 seconds and is confirmed by a callout from the Chief Engineer that “Guidance has converged.”  At this point, the Castor 30XL solid upper stage maneuvers into the correct orientation so that all of the motor’s energy is instantly applied into the desired burn direction.

In that solution that PEG converges on, it is not just a calculation of the total coast time and orientation of the stage at ignition but also the entire turning schedule and the entire plan for the duration of the 2-minute burn.

This includes how to manage the performance reserve packed in the stage that has to be burned.

Issue #3: You’ve packed more fuel than you need… and you have to burn it.

“But you can still be very accurate because you know your energy well and you’ve centered your design so that you have more energy than you could possibly need, but not a lot more.  So now you carefully manage that excess energy.”

This is accomplished on the Castor 30XL by pitching the stage up and down in the plane of travel, wasting some energy to go higher than needed, then compensating by using more energy to bring the flight path back lower.

“Part of what PEG is always calculating [on Antares] is the error in the velocity magnitude at burn out,” noted Mike.  “And that’s the most important variable used to figure out if you need to do an energy scrub.  It may be that you’re going to get to exactly the right altitude at exactly the right flight path angle under the current prediction and at the right inclination.  But you’re going to have an extra few feet per second velocity.” 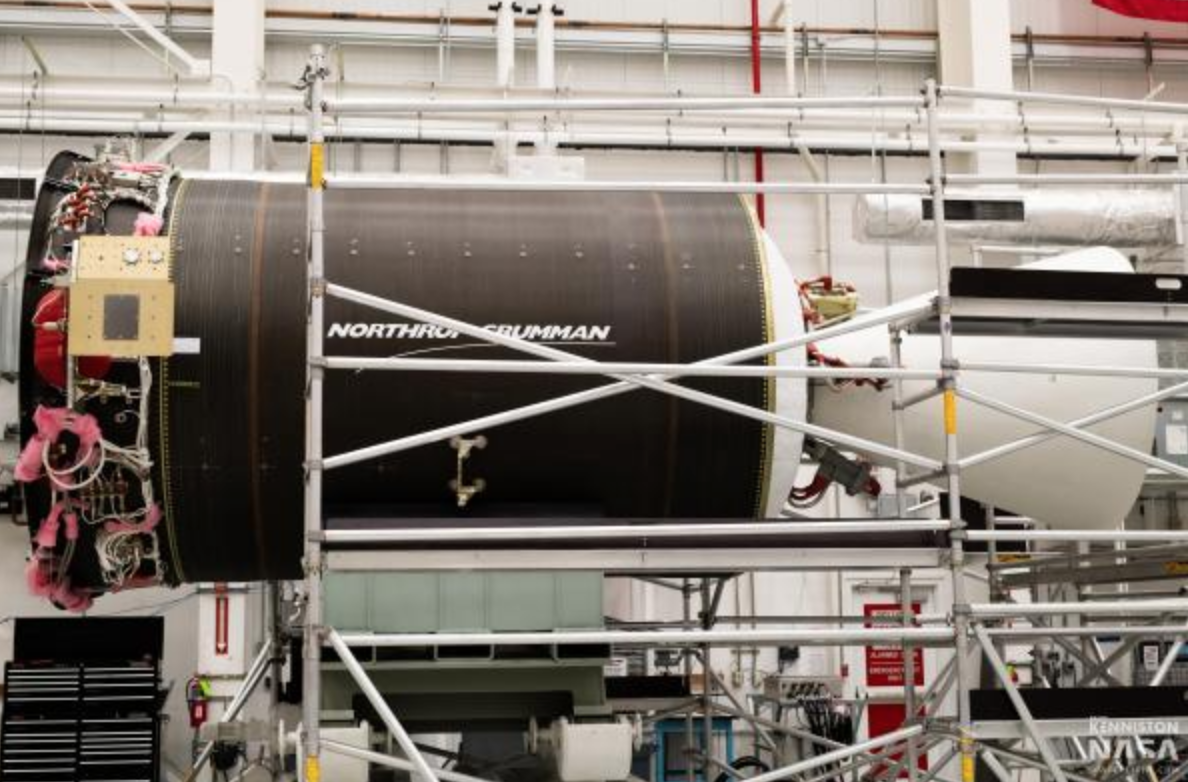 “So the way PEG works is it keeps monitoring that error in the velocity magnitude.  It’s going to look at what the predicted current burnout velocity error is, maybe it’s a few tens of feet per second.  So it could be like a 30 km error in the orbit.  Well you want to bleed off that energy.”

Scrubbing that energy by pitching up/down in-plane is the preferred method for missions that require very specific orbital inclinations, such as Antares which must reach a 51.6 degree inclination to match that of the Space Station’s.

Conversely, missions that require very specific perigees and apogees (sun-synchronous missions) scrub energy by burning side-to-side, out of plane — which adjusts the orbital inclination unnecessarily and then brings it back into mission-specific alignment.

As the excess energy is scrubbed out of the system, the error in the velocity magnitude slowly reaches zero, thereby allowing the solid stage to perform a mission-precise orbit insertion at the exact moment the final amount of propellant is burned.

“That’s one of the interesting things about working with a customer for a solid rocket system, because there’s almost always a way to get them the accuracy they need with a solid, but we have to understand what parts of the orbit space are most important: [apogee/perigee, or inclination],” said Mike.