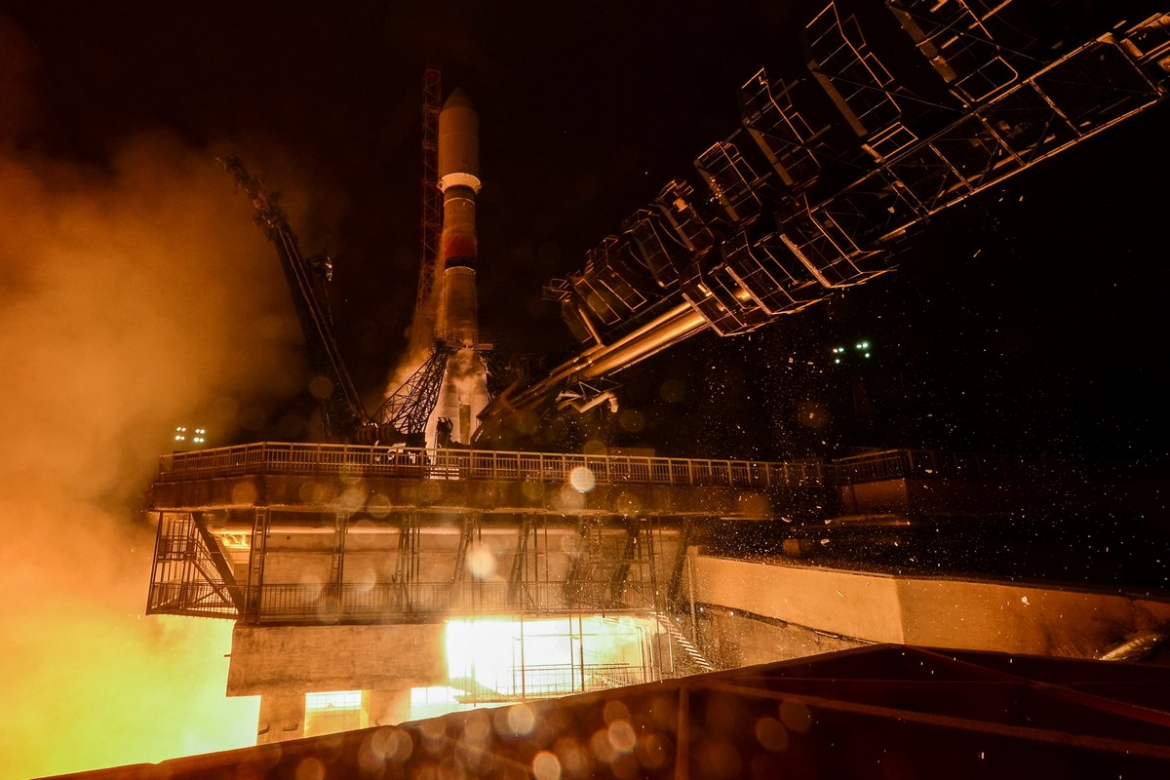 The Russian Aerospace Forces of the Armed Forces of the Russian Federation launched a mission to deliver three Gonets-M communications satellites into a 1,400 km near-polar orbit.

The mission is the second flight of Gonets-M satellites on a Soyuz 2.1b rocket, which will use a Fregat upper stage to provide the needed lift capacity into the satellites’ operational orbit.

The three Gonets-M communication satellites are part of the second generation of the Gonets system.  Earlier versions were derived from the Strela-3 line of military communications satellites and launched between 1992 and 2001.

The military to civilian nature of the Gonets-M series requires authorization from the Prime Minister of the Russian Federation to permit the Russian Ministry of Defense to launch the crafts.

All Gonets-M satellites have a launch mass of approximately 280 kg, are designed to operate for five to seven years, are capable of data transmission rates of 2.4 to 64 kbit/s, and can be used for store-and-dump communications with transmitter power between 8-10 W.

It is also decided to check the similar valves in other Soyuz rockets prepared for launches, and this is why the launch of Soyuz rocket with Gonets-M satellites was postponed from November 28 to December 3.

The three satellites launched on this mission have serial numbers 30, 31 and 32 and will operate from a planned 1,400 km orbit inclined 82.5 degrees to the equator.  Previous media reports from Russia indicated this mission would have rideshare payloads as well.

The smaller payloads would essentially hitch a ride with the Gonets-M satellites and have to go to fairly similar orbits given the primary mission’s demands.

Those payloads — as of publication — are understood to include four university nanosatellites under the Multi-SAT-SG project.

For the primary payload, the Gonets-M satellites were removed from storage in September to undergo electrical and functional checkouts before shipping to Plesetsk in early October 2020 for launch.

At that point, launch was set for 24 November.  But on 21 November, while in final preparations for rollout to the launch pad, technicians discovered an issue with the rocket, necessitating the removal and replacement of systems.

As reported by RussianSpaceWeb, that issue is now understood to have been with a fuel level sensor communications channel on the Blok-A core stage and one of the four side-mounted boosters.

Ten days were needed to replace the malfunctioning part of the system, and the launch was re-set for 3 December at 01:14:36 UTC.

The Soyuz 2.1b rocket was rolled out to Site No. 43/3 at Plesetsk on 30 November and taken vertical for launch that same day.

The Soyuz 2.1b is one of five currently-flying Soyuz 2 variants, with the others being the 2.1a and 2.1v versions for Russian flights and the ST-A and ST-B variants for European flights of the rocket.

The Fregat upper stage’s S5.92 engine burns storable nitrogen tetroxide and unsymmetrical dimethylhydrazine — unlike the lower stages which use RP-1 kerosene and liquid oxygen.  This storable propellant allows Fregat to coast for long periods of time between engine firings without losing propellant to boil-off.

For launch, the engine ignition sequence began at T-16 seconds with liftoff timed to a single-second window to ensure the Gonets-M satellites are inserted into the proper orbital plane of the overall Gonets constellation.

Immediately after liftoff, Soyuz pitched and rolled onto an azimuth (compass heading) to place itself into the properly inclined orbit.

The boosters and Blok-A stage burned together for the first 2 minutes of flight, after which the boosters separated and the Blok-A continued firing for another 2 minutes 45 seconds. 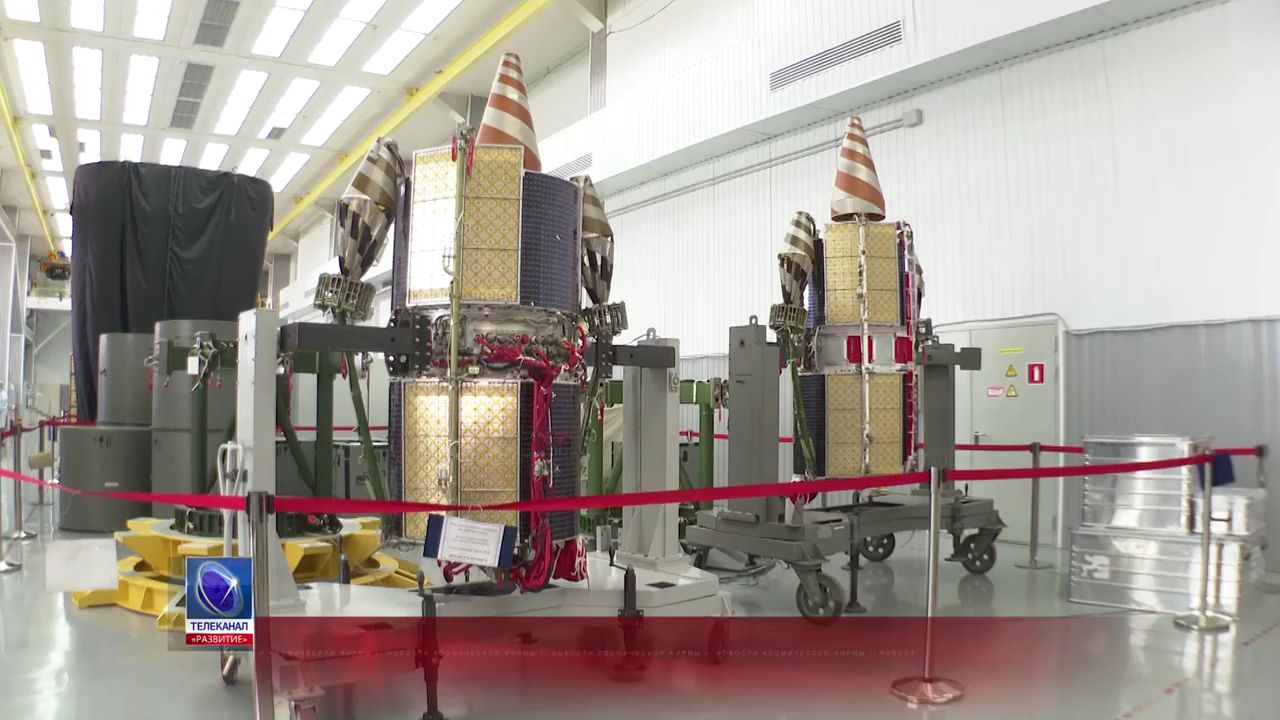 Two Gonets-M satellites, as seen on a Russian TV broadcast.

Payload fairing separation occurs once the vehicle climbs out of the discernable atmosphere.

The Blok-I stage would then hot-fire, igniting its engine before the Blok-A stage burns out and separates.

The Blok-I stage would take the mission to just over 9 minutes into flight, at which point it will cut off and separate.  Fregat will then orient itself and ignite its engine one minute after separation.

This first burn will take the Fregat and payloads into an initial parking orbit.  A subsequent burn will then circularize the orbit at 1,400 km before the three Gonets-M satellites are deployed.