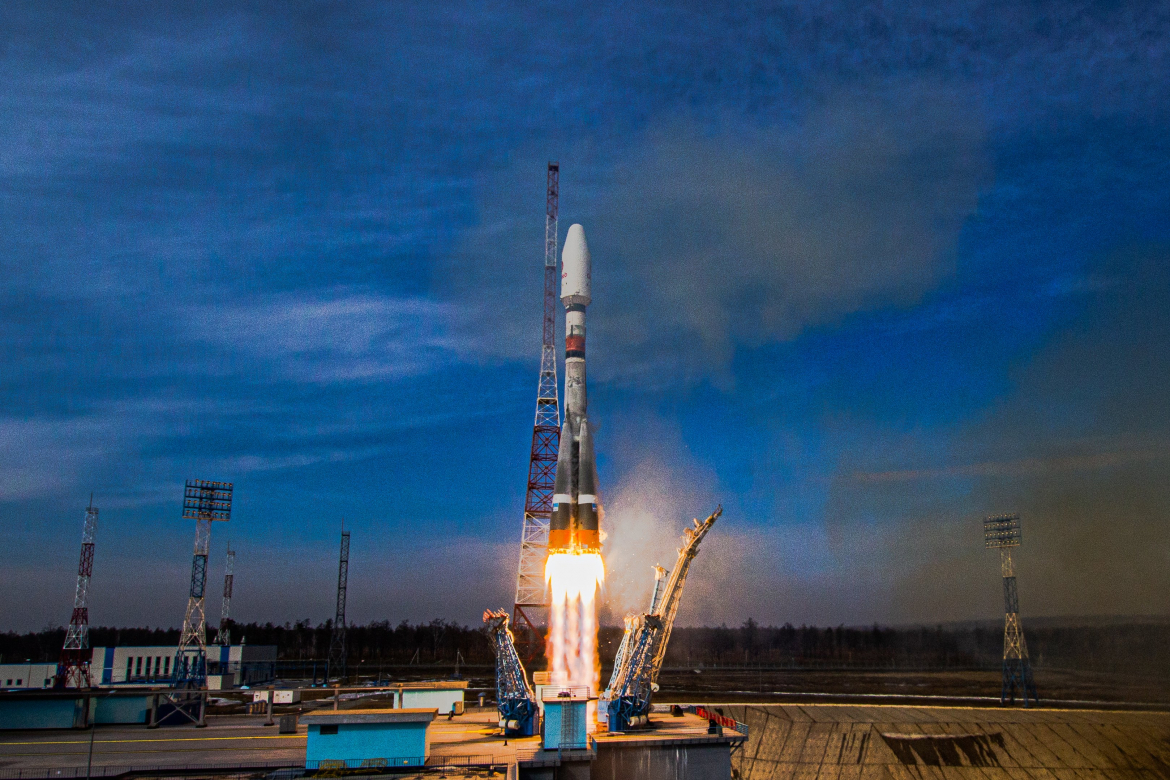 Arianespace and Russian-French company Starsem launched 36 OneWeb satellites to Low Earth Orbit aboard Soyuz 2.1b on Thursday, March 25. Liftoff from Site 1S at the Vostochny Cosmodrome in Russia occurred 02:47 UTC.

These satellites were launched to a near-polar orbit at an altitude of 450 kilometers. The launch has a total duration of three hours and 51 minutes, and included nine separations of four satellites each which raised themselves to their operational orbit using their Xenon fueled Hall effect thrusters.

This was the fifth launch in support of deploying the OneWeb satellite internet constellation. With a successful flight, the total number of OneWeb satellites in Low Earth Orbit reached 146.

Initially, this will enable OneWeb to deliver connectivity services to the north of 50 degrees latitude, which includes regions of the United Kingdom, Alaska, Northern Europe, Greenland, Iceland, the Arctic Seas, and Canada, by the end of 2021. The company expects to begin the global service by 2022.

The Soyuz 2.1b rocket with a Fregat upper stage (also referred to as Soyuz ST-B when launching from Guiana Space Center, Kourou) was used for the mission. The 2.1b variant sports upgraded RD-0124 engines, greatly increasing the specific impulse of the upper stage and improving the payload capacity from 7 to 8.2 metric tons.

On February 26, 2021, the 36 OneWeb satellites for flight five arrived at the Ignatievo airport on an An-124-100 aircraft. The specialists at the Vostochny Space Center transported all 36 satellites to the spaceport and began preparing them for the launch.

On March 10, Roscosmos subsidiaries completed the general assembly of the Soyuz 2.1b launch vehicle by docking the ascent unit (the Fregat upper stage and 36 OneWeb satellites) and the third stage with the first and the second stage of the rocket in the Assembly and Test Facility in Vostochny. The vehicle was then installed on the transport and the installation unit, and after a Launcher and Transfer Readiness Review, the rocket was ready for rollout to the launch complex, which occured on Monday, March 22.

Glavkosmos (a subsidiary of Roscosmos), Arianespace, and Starsem, on behalf of OneWeb, performed final operations, which included the pre-launch tests of Soyuz 2.1b systems and checkouts of interfaces between the on-board instruments and ground equipment. This ensured the Soyuz launch vehicle and its payload was ready for final launch pad activity and the launch itself.

On Tuesday, March 23, active preparations for the launch continued as the specialists checked the initial condition of the rocket, charged the batteries of OneWeb satellites, and performed autonomous functional checks for Fregat Upper stage and complex verifications for three-stage launcher elements. 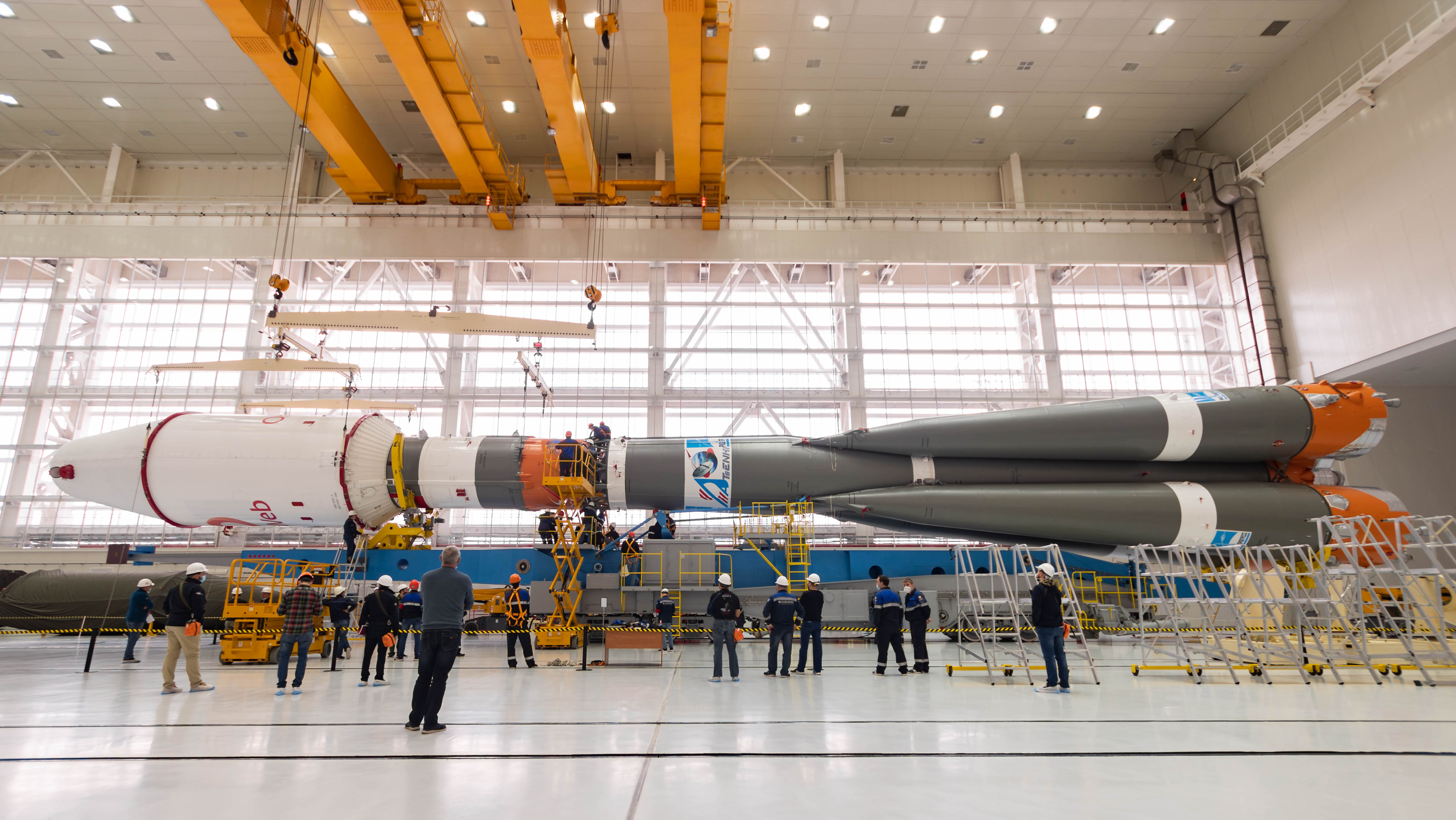 Final integration of the Soyuz 2.1b launch vehicle – via Roscosmos

At T- 1 hour and 5 minutes, the Mobile Gantry withdrew from the launch vehicle which provides the rocket and the payload with power and air conditioning.

At T- two minutes and 25 seconds, the propellant tanks were pressurized and after one minute and 45 seconds, the KZM umbilical mast retracted. At T-16 seconds, the booster and core engines ignited and began ramping up to flight thrust levels before lifting off.

Prior to the release of the satellites, the Fregat upper stage carried out several main powered phases. The 36 satellites separated during nine separation sequences. At the end of the mission, one additional firing of the Fregat engine placed it into a safe, destructive re-entry trajectory.

OneWeb has signed a contract with SatixFy UK, a multi-beam antenna and terminal design specialist, to develop a new In-Flight Connectivity (IFC) terminal that will work over both the OneWeb network in LEO and legacy Geostationary satellite networks. SatixFy UK has formed a Joint Venture with Singapore Technology Engineering Ltd, called JetTalk, to commercialize the IFC terminal for Commercial Aviation markets. 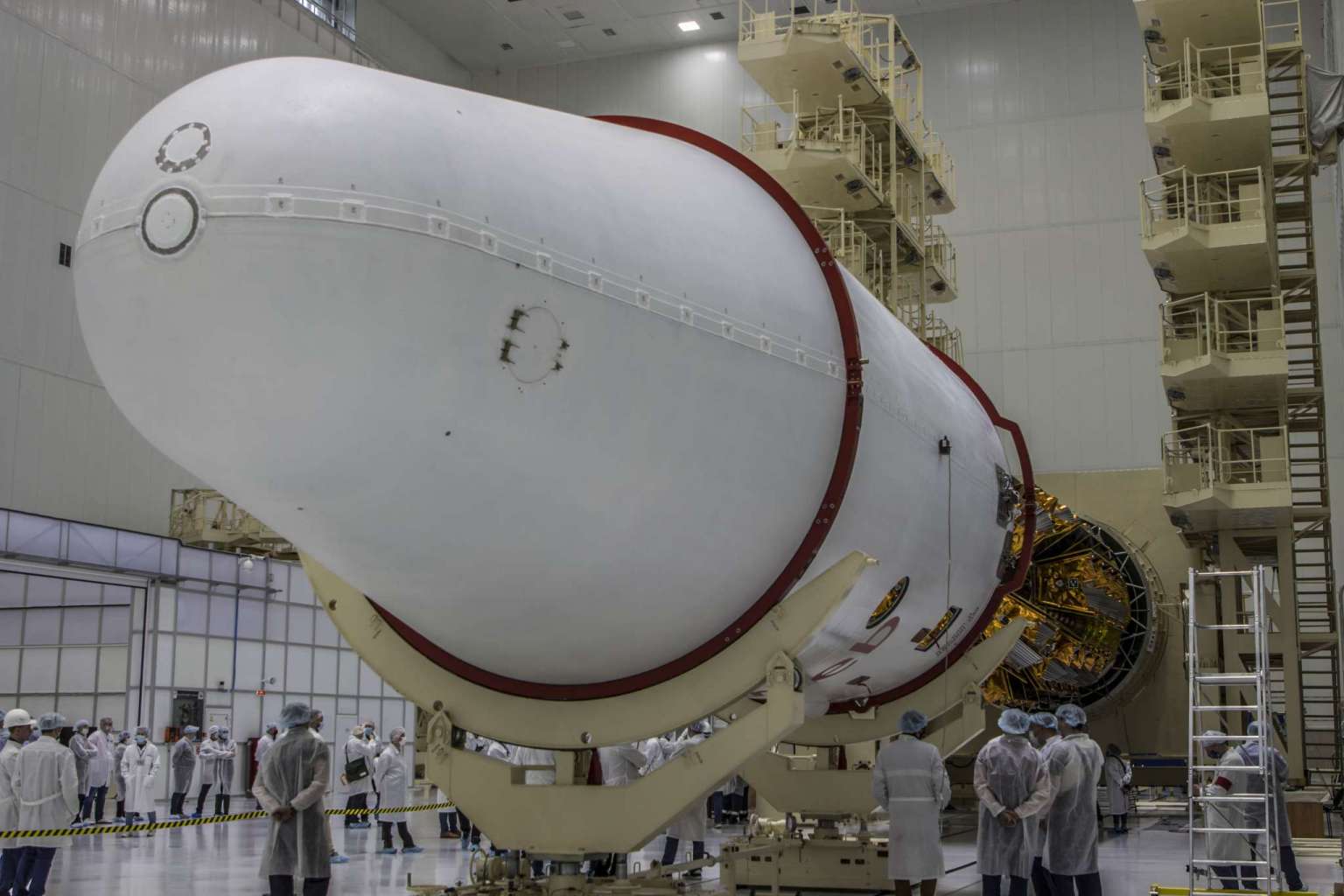 The product is based on SatixFy’s Electronically Steered Multi-beam antenna (ESMA) technology and an integrated circuit chipset, developed with the support of JetTalk and the UK Space Agency through ESA‘s program of Advanced Research in Telecommunications Systems (ARTES), respectively, and will deliver a “home-equivalent” inflight broadband experience.

“OneWeb is creating IFC solutions which offer a significant increase in the whole passenger traveling experience. This agreement with SatixFy represents a major milestone for OneWeb Aviation, as we plot our path to facilitating onboard connectivity, globally, on commercial airliners and corporate jets, large and small,” said Ben Griffin, VP Mobility at OneWeb.

“The ability to deploy multi-beam, multi-satellite, multi-orbit IFC terminals is key in SatixFy’s offering developed in partnership with ST Engineering through our Joint Venture – JetTalk,” says Yoel Gat, SatixFy’s CEO. “Aggregating capacity from multiple satellites will give customers the grade of service they expect on flights. This great leap forward is made possible thanks to the continuous support by ESA and UK Space Agency.”

Catherine Mealing-Jones, Director of Growth at the UK Space Agency, says: “The past year has shown that connectivity has never been more important to our daily lives, and it is exciting to see SatixFy and OneWeb working together to provide commercial passenger planes with broadband internet for the first time.

“The new aero terminal will make use of chips developed with UK Space Agency backing, which demonstrates how supporting our most innovative companies leads to results that make a real difference for people all over the world.”

In early March, OneWeb also conducted its first demonstrations of the year, showcasing its high speed, low latency network capabilities for the US Government. OneWeb is one of multiple satellite internet constellations being developed and deployed, alongside Starlink from SpaceX and Project Kuiper from Amazon, among others.