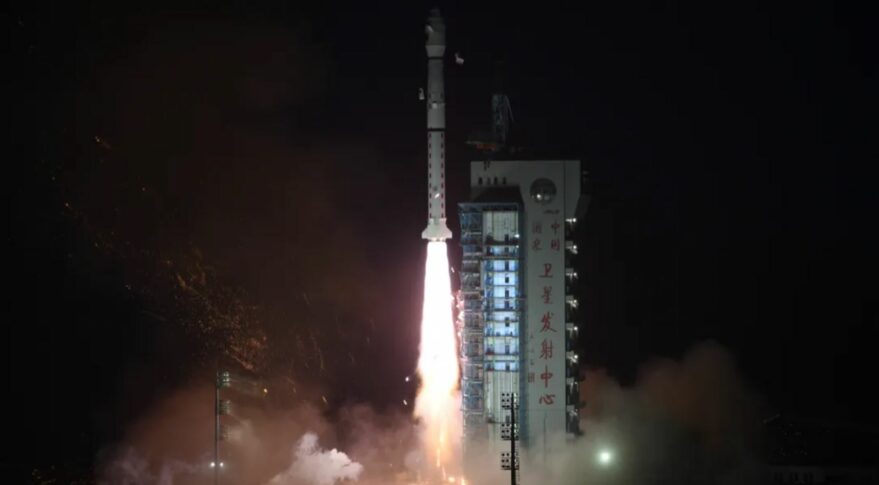 According to official information, the new satellite will primarily be used for land census, urban planning, land rights disputes, road network design, crop estimation, and disaster prevention and mitigation as well as other fields.

Gaofen (“High Resolution”) are a series of civilian Earth observation satellites launched for the state-sponsored program China High-definition Earth Observation System (CHEOS), which officially began development in May 2010 as a major national science and technology project.

The Earth Observation System and Data Center of the China National Space Administration (EOSDC-CNSA) was established to organize the construction of the CHEOS network that is itself a near-real-time, all-weather, global surveillance network consisting of the satellites, stratosphere airships, and aerial observation platforms. 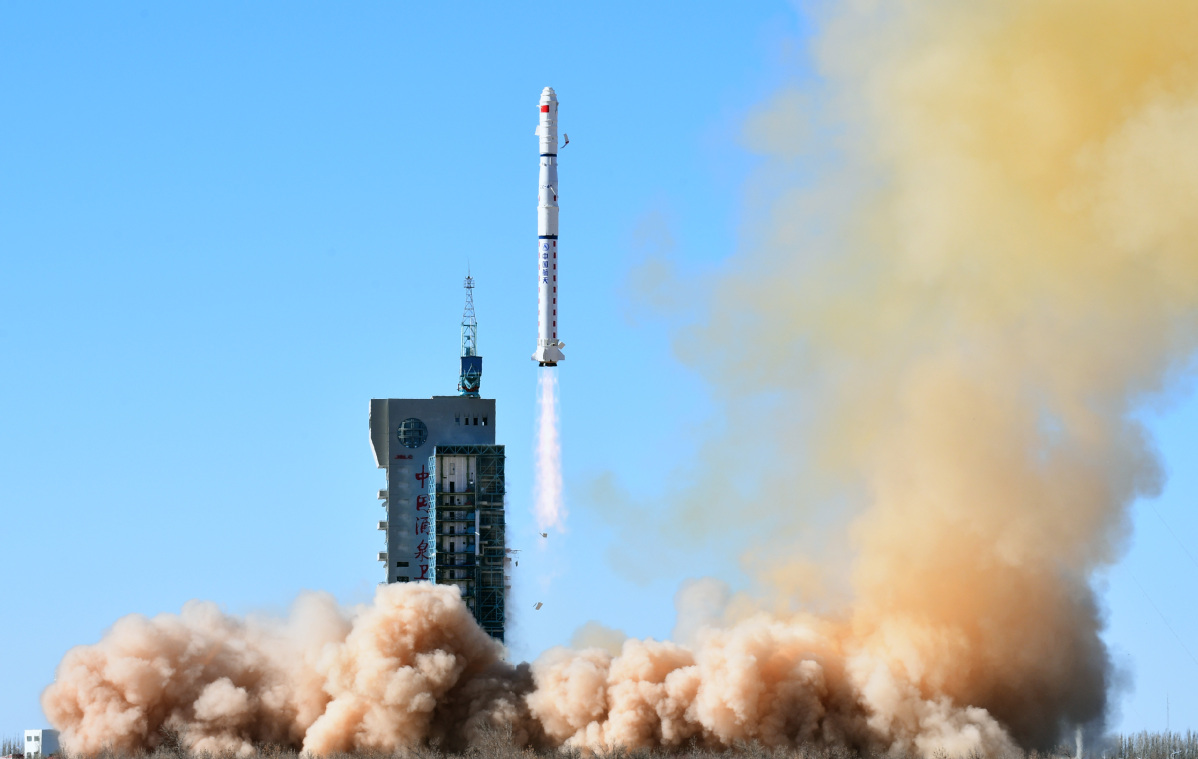 For the Gaofen part of the CHEOS system, the initial plan involved five satellites, with the first one – Gaofen-1 – launching on April 26, 2013.

The first Gaofen-12 satellite was launched from the Taiyuan Satellite Launch Center using a Chang Zheng 4C on November 27, 2019. It, along with the now-launched second Gaofen 12, are equipped with high-resolution capability via a microwave remote sensing system, with ground resolution up to the sub-meter level.

The Gaofen-12 series was developed by the Eighth Academy of the China Aerospace Science and Technology Corporation and the Shanghai Academy of Spaceflight Technology (SAST).

Overall, this was the 364th mission of the Chang Zheng family of launch vehicles.

With its main commonality matched to the Chang Zheng 4B, the 4C’s first stage has a 27.9 meter length, a 3.35 meter diameter, and holds 183,340 kg of N2O4/UDMH (dinitrogen tetroxide/unsymmetrical dimethylhydrazine).

The stage is equipped with four YF-21C engines capable of a ground thrust of 2,971 kN and a ground-specific impulse of 2,550 Ns/kg.

The first orbital launch took place on April 24, 1970 when the Chang Zheng 1 rocket launched the first Chinese satellite, the Dongfanghong-1.

The launch of Gaofen-12 02 on a CZ-4C rocket has been confirmed a success! Liftoff occurred at 22:45 UTC on March 31st from the Jiuquan Satellite Launch Center in China.

Jiuquan was originally used to launch scientific and recoverable satellites into medium or low Earth orbits at high inclinations. It is also the place from where all the Chinese crewed missions are launched.

The LC-43 launch complex, also known as South Launch Site (SLS), is equipped with two launch pads: 91 and 94. Launch Pad 9 (SLS-1) is used for the crewed program to launch the Chang Zheng 2F launch vehicle with Shenzhou and Tiangong.

Other launch zones at the launch site are used for solid propellant launch vehicles.

Gearing up for crewed spaceflight

At Jiuquan, launch preparations continue for the upcoming Shenzhou-12 crewed mission, presently scheduled for June. This launch will take place after the orbital insertion of the Tianhe-1 base module of China’s upcoming Tiangong space station. 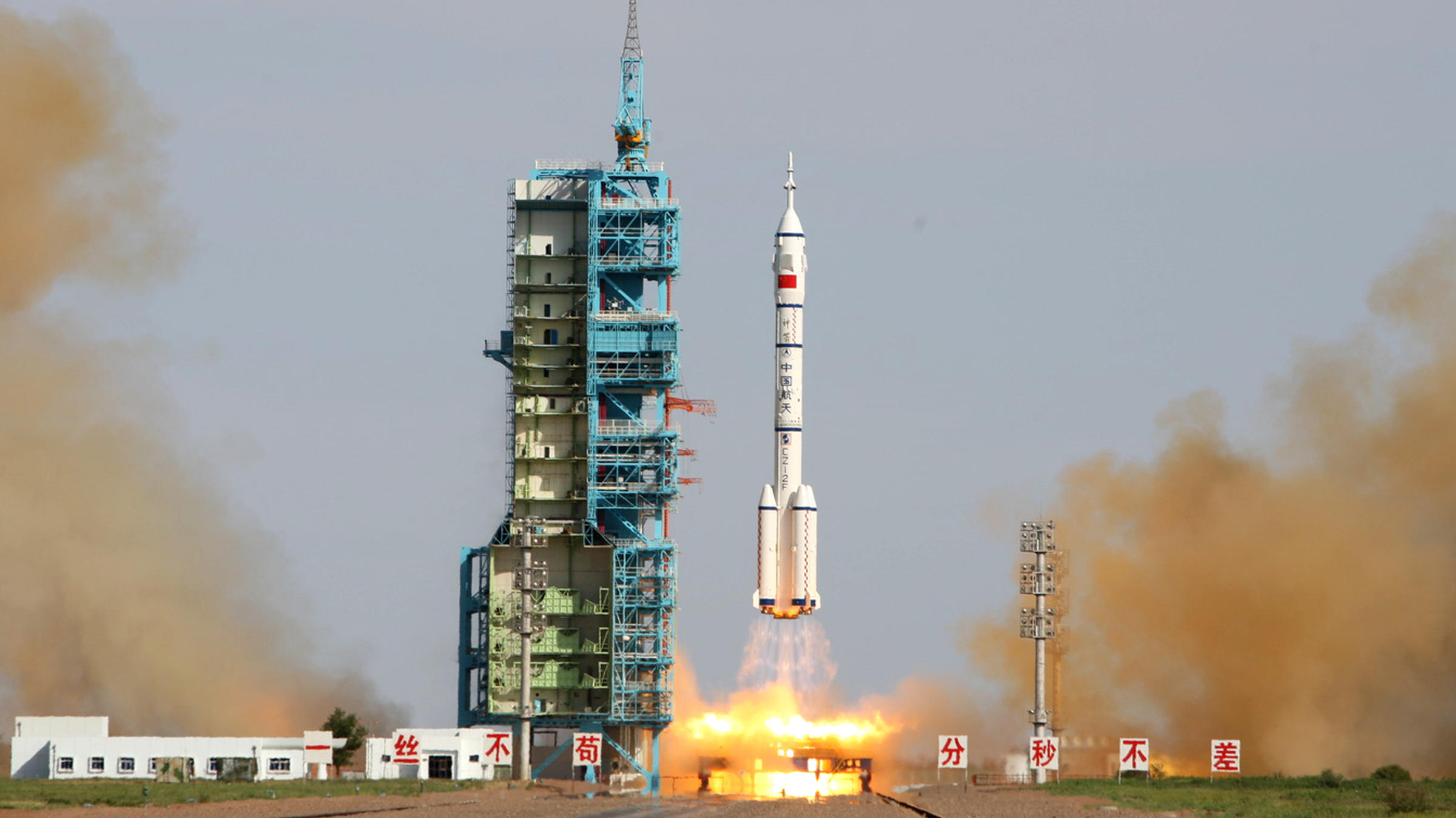 The crewed Shenzhou 10 mission lifts off from Jiuquan on a Chang Zheng 2F rocket on 11 June 2013. (Credit: CNSA)

Tianhe-1’s launch is presently anticipated for April 29, followed in May by the launch of the Tianzhou-2 (TZ-2) cargo vehicle. TZ-2 will automatically dock to Tianhe-1 a few days after launch in an orbital ballet that was rehearsed in April and June 2017 when Tianzhou-1 docked with the Tiangong-2 space station.

At this time, 12 taikonauts are preparing for missions that will be important for establishing a permanent occupation of Tiangong in orbit.

Shenzhou-12 will stay in orbit for several months, but it is uncertain if the three taikonauts of the  mission will deliver the new station to the Shenzhou-13 crew launching in October in a direct handover or if they will return before the next crew launches.

The Shenzhou-12 mission will mostly test the new space station’s systems, installing new hardware transported by the Tianzhou-2 and preparing Tianhe-1 for the arrival of future modules (Wentian and Mengtian) scheduled for launch in 2022.