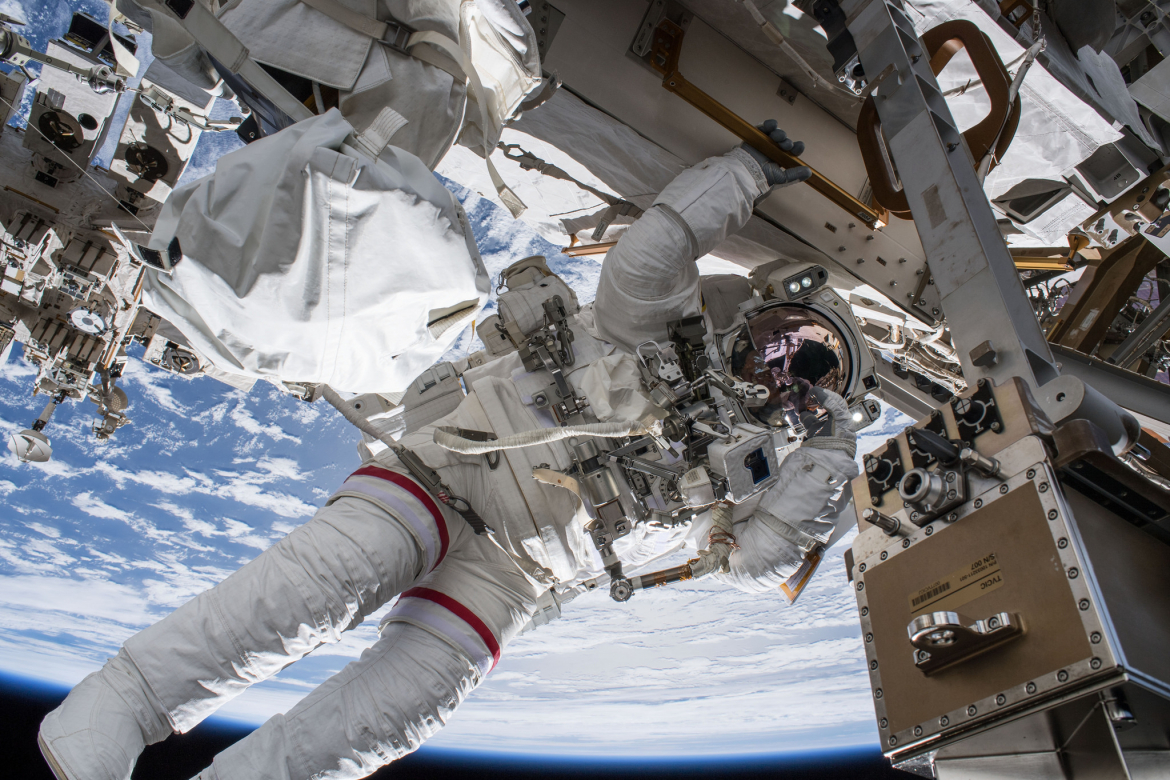 For the spacewalk, EV1 was Victor Glover, wearing the red-striped suit, and EV2 was Mike Hopkins, wearing the plain white suit.

The first task, after translating out to the P6 truss, was to vent the Early Ammonia Servicer (EAS) jumpers of ammonia so they can be safely stowed without risk of rupturing due to thermal expansion.

These jumpers were used during troubleshooting efforts to locate an ammonia leak on the P6 truss, during which a spare Photo Voltaic Radiator (PVR) was deployed to isolate the leak; however, the leak was ultimately found to be within the Pump Flow Control Subassembly, so the PVR was re-stowed.

Once Glover and Hopkins vented the ammonia from the jumpers, one jumper was stowed on the P6 truss while the other is placed outside the Quest airlock so it can be easily accessed if ever needed on the Starboard side of the Station.

During the venting, one port was seen propulsively spurting ammonia. Thanks to this being early in the EVA, any potential contamination of the spacewalkers was “baked off” during three daylight passes.

EVA-73 – Venting an ammonia (EAS) jumper, and you can really see it:

The spacewalking pair then translated to the European Space Agency’s Columbus module where they troubleshooted the P1 and P2 PAPOS (Payload Parking Position Interface) power connectors on the new Bartolomeo external platform.

Crews were unable to properly mate the connectors on a previous EVA, so Glover and Hopkins attempt further steps to mate them — which involved inserting a pen-like tool to spread apart the pins in the connectors, which are believed to be too tight.

Whilst at the Columbus worksite, the spacewalkers alsod replaced a cable for a failed Amateur Radio on ISS (ARISS) antenna.

The duo will then routed two ethernet cables along the aft side of the P1 truss to Camera Port 9 (CP9), in preparation for future wireless access point and High Definition external video camera installations.

Additionally, Glover and Hopkins installed a stiffener ring onto the hatch thermal cover on the Quest airlock that will ensure the fabric cover properly seals around the hatch without any gaps and is not pushed aside when the airlock’s hatch is opened at the beginning of an EVA, during which the last remnants of air inside the airlock rush out into space.

The pair will then headed back inside the airlock to conclude the EVA. 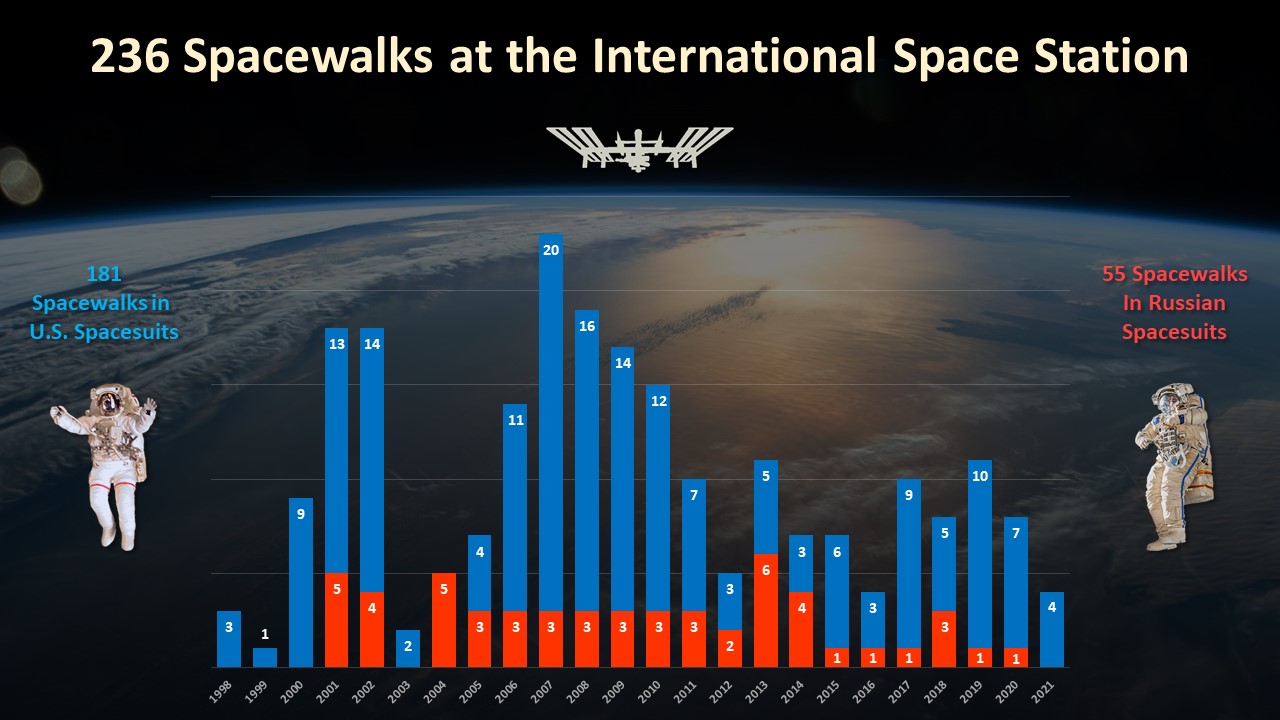 The majority of work on this EVA was deferred from U.S. EVA-72 on Friday, 5 March.

During that outing, NASA astronaut Kate Rubins and Japan Aerospace Exploration Agency (JAXA) astronaut Soichi Noguchi completed all planned and deferred tasks relating to the installation of new modification kits to the 2B and 4B Mast Canister Assemblies on the P6 truss.

The Mast Canisters held the Station’s original/current set of solar arrays during launch, and the new mod kits will serve as mounting points for a new set of arrays that will begin launching later this year.

The IROSAs will be installed into the new mod kits.

However, work to build these first two mod kits took longer than expected during both U.S. EVA-71 and -72.  That, coupled with a spacewalk-limiting battery level on one of the spacesuits on EVA-72 meant that a large portion of its planned tasks needed to wait for a future spacewalk.

A small, pinpoint hole discovered in one of Kate Rubins’ gloves during the -72 spacewalk, while monitored, was not a concern and was not the reason for concluding the EVA.