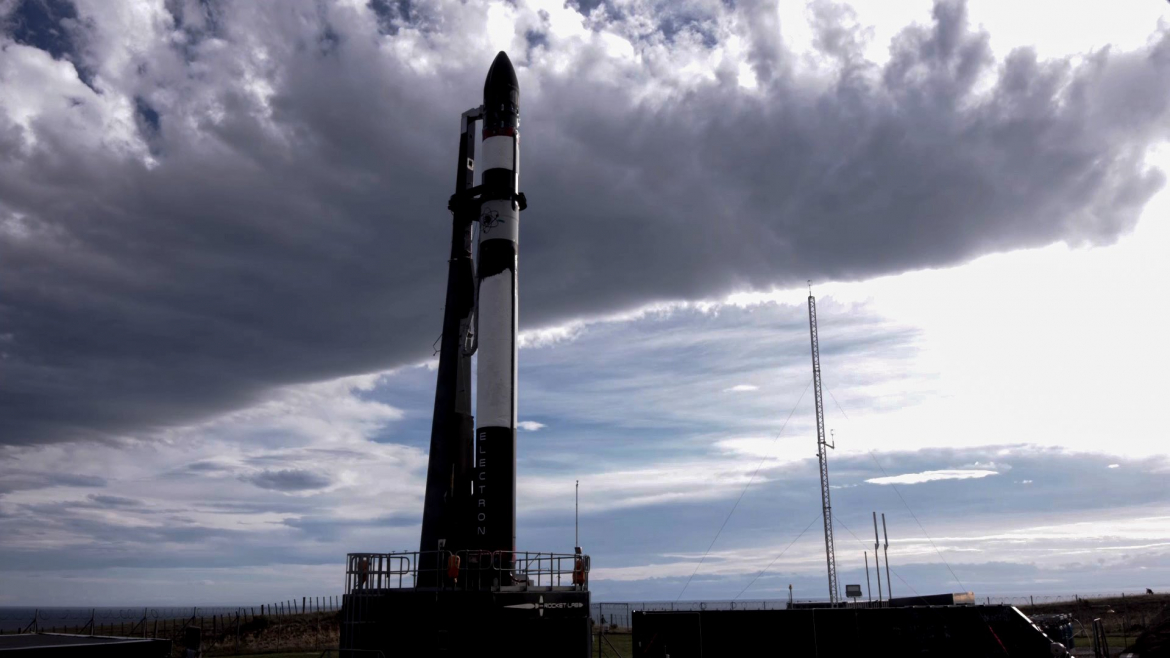 Rocket Lab conducted its twentieth launch of an Electron rocket, named “Running Out of Toes,” carrying two Earth-observation satellites for BlackSky’s global monitoring constellation. The mission also included a successful attempt to recover an Electron first stage for the second time after a soft splashdown in the Māhia Recovery Zone in the Pacific Ocean.

This flight was the first of four dedicated missions scheduled for this year for BlackSky, a real-time geospatial intelligence and global monitoring services company, working in tandem with Spaceflight Inc providing mission management and payload integration services. Liftoff occurred at 11:11 UTC from Rocket Lab Launch Complex 1A on the Māhia Peninsula in New Zealand after just over an hour of delays due to upper level winds.

The mission appeared nominal during first stage flight. However, shortly after stage separation, the second stage briefly ignited and then shut down almost immediately. The stage and payloads were well short of orbital velocity at this point in the mission.

This mission was the first Electron launch to sport reused components. Peter Beck, CEO and founder of Rocket Lab, said that the Electron booster for this mission would be reusing the propellant press systems from the “Return to Sender” mission, which were recovered and requalified before integration for “Running Out of Toes.”

In a call with reporters, Beck said that the condition of the first Electron booster recovered last year “was remarkable,” further elaborating that they’ve introduced multiple upgrades to the booster for this second attempt, including upgraded thermal protection systems in high-temperature areas. 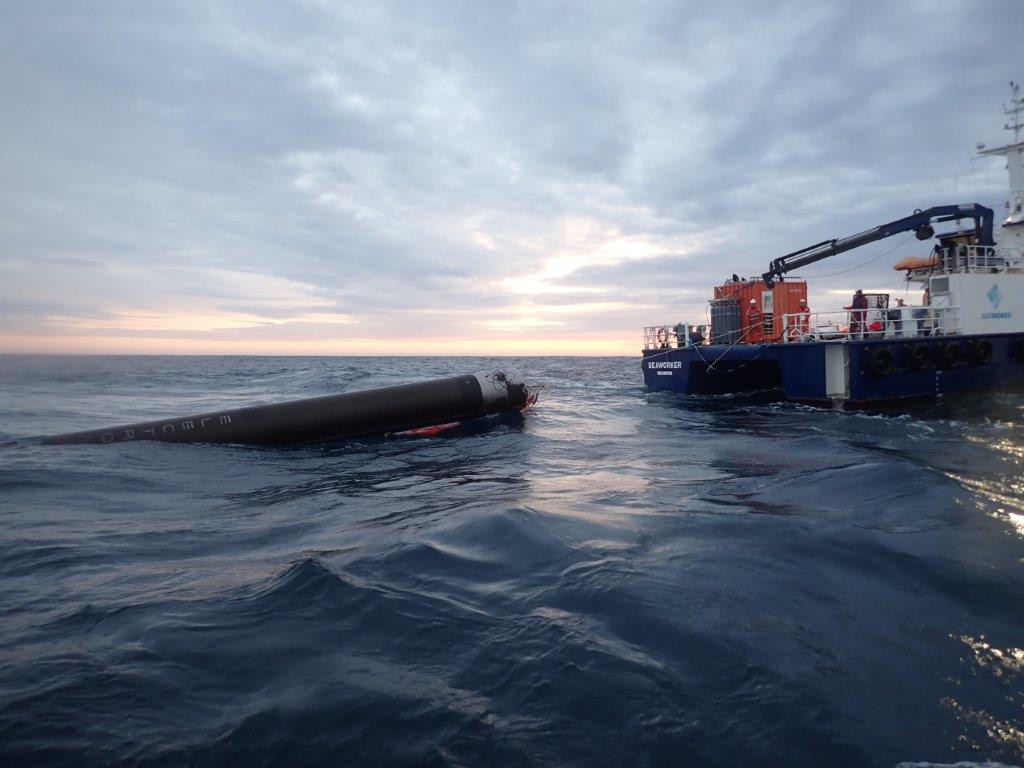 The external skin of the stage “looked like new” according to Beck, retiring an initial concern about the rocket’s potential for reuse. The most challenging aspect of mission assurance for booster reuse is the vehicle’s avionics, which would ideally be protected from saltwater intrusion by mid-air recovery instead of a splashdown.

The “Running Out of Toes” mission only attempted a post-splashdown recovery, as the company incrementally approaches operational mid-air recoveries on future missions.

“Really what we’re trying to do here is get into a bit of a cadence with our reusability missions and work through some logistics.”

Just like the “Return to Sender” mission, Electron’s first stage continued to coast to its apogee (highest altitude) just after stage separation. During the coast period, the booster reorients itself to prepare for re-entry using its onboard reaction control systems (RCS). 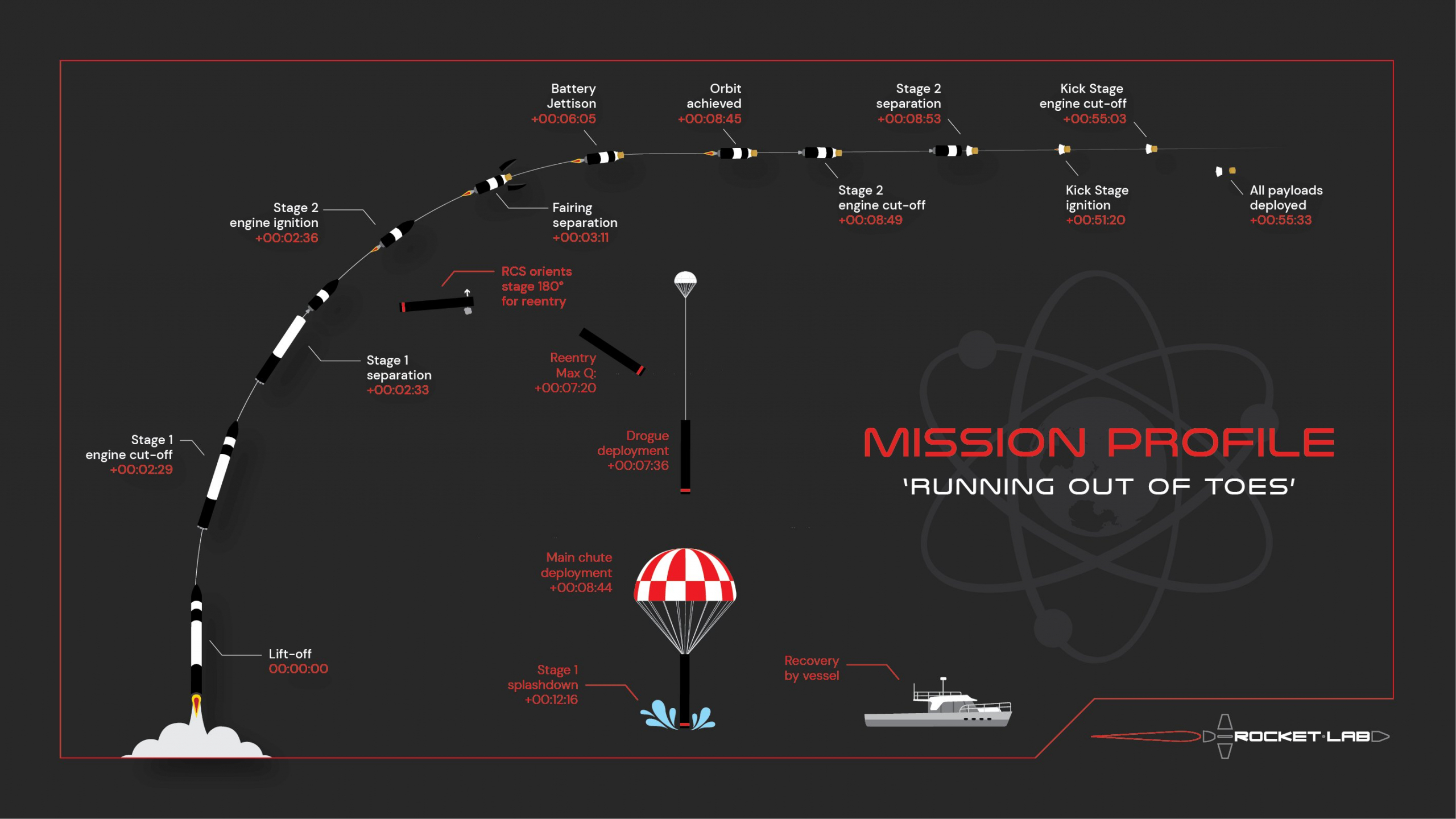 The first stage reorients so that the engine section faces towards the direction of travel, allowing reentry heating to be absorbed by the heat shield. This evolved heat shield will allow the booster to survive heats up to 2400°C while travelling about eight times the speed of sound.

As Electron slows down and decelerates to less than Mach 2 (twice the speed of sound), a drogue parachute deploys to slow the booster and allow the stage to stabilize as it descends. It’s followed by the deployment of the large main parachute to slow down the stage even further for a soft-water landing, followed by recovery using ORCA.

The success of the recovery operations gives the teams a boost of confidence to standardize Electron’s first stages, enabling boosters to be swapped if the manifest changes, which will provide further flexibility to the customers. Beck is confident in Rocket Lab’s reusability progress, saying, “We are kind of more bullish on this than ever before. I mean, there is just nothing like getting a rocket back and putting it in the factory.”

“Production continues to improve but, ultimately, if we can get the stage back [we can] top it off with propellant and charge the batteries” to go launch again, which will support an increased cadence for Electron.

This was the second mission for BlackSky with Rocket Lab in 2021, after a single BlackSky satellite was one of the payloads on the successful “They Go Up So Fast” mission in March.

The five dedicated BlackSky missions scheduled for this year are crucial for an accelerated deployment of the constellation of Gen-2, high-revisit, high-resolution imaging satellites. 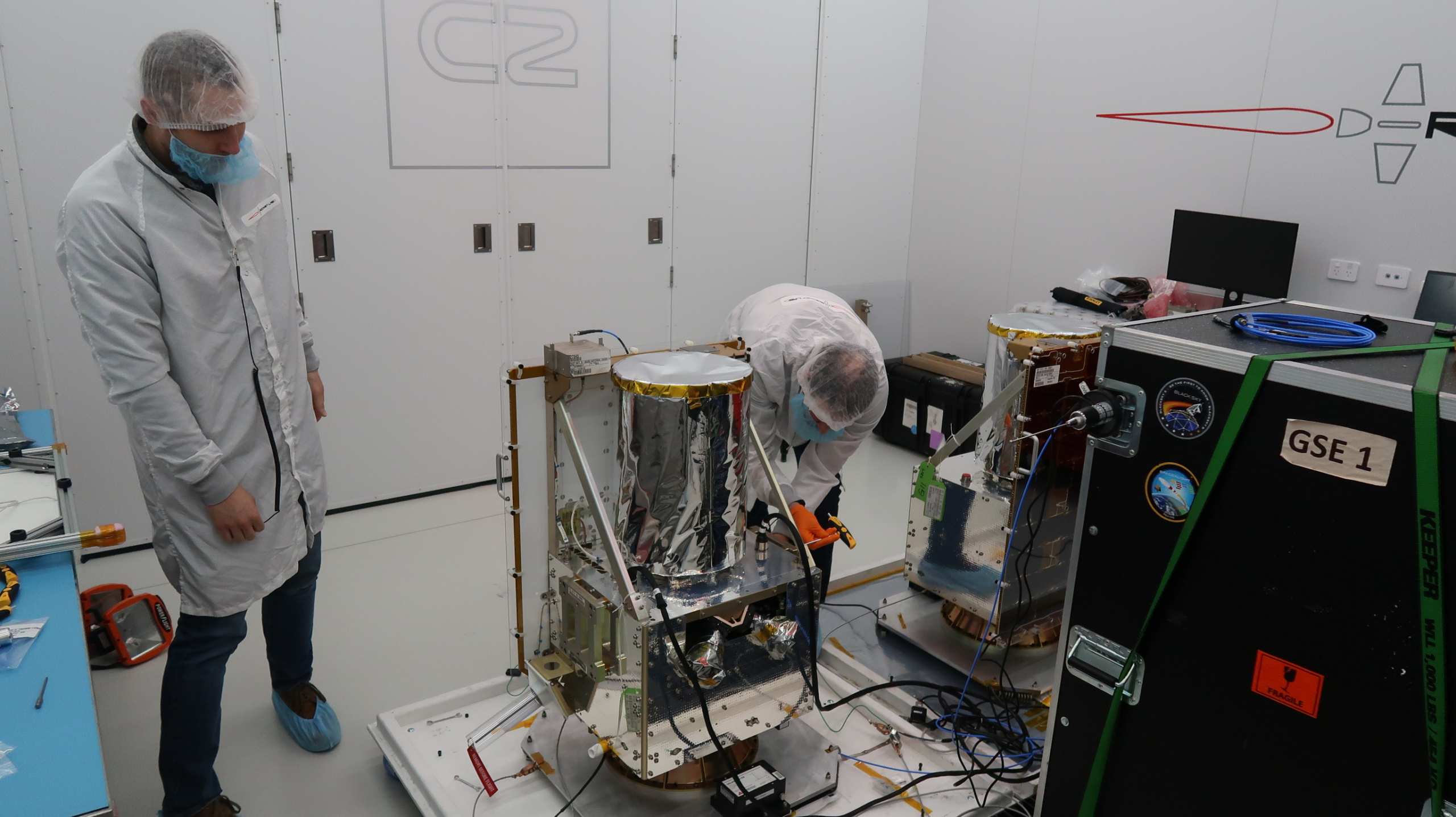 In 2023, BlackSky expects to begin deploying the recently announced Gen-3 satellites, which are intended to have 50 cm resolution and short-wave infrared (SWIR) for low light and night-time imaging capabilities, ultimately moving towards the completion of its projected 30-spacecraft constellation in a sun-synchronous orbit.

“BlackSky is expanding and scaling through a regular cadence of launches so we can consistently increase capacity to deliver first-to-know insights for our customers,” said Brian E. O’Toole, CEO of BlackSky. “Our established practice of rapid deployments and advanced commissioning process ensures customers can trust and rely on our network for access to real-time global intelligence.”

With the expansion of their constellation, it will strengthen its ability to offer timely and relevant information on the services they provide, especially the company’s geospatial intelligence solutions, which deliver analytics and insights for multiple government agencies and supply chains.

The integrated teams of Rocket Lab and Spaceflight Inc completed mission integration on 5 May, followed by a successful Wet Dress Rehearsal (WDR) of Electron — a routine procedure before missions where the launch team takes the rocket, ground systems, and themselves through an entire countdown up to but not including engine ignition. This includes fully fueling the rocket with RP-1 kerosene and liquid oxygen.

For launch operations, the countdown began at T-4 hours, 06:00 UTC on 15 May when the road to the launch site was closed and the Electron rocket was raised vertical at Launch Complex 1A. Shortly after, teams started the fueling process.

An initial launch target of 10:08 UTC was delayed due to high upper level winds above the launch site. The countdown was recycled for another target at 11:11 UTC as winds decreased.

Eighteen minutes before launch, a Go/No-Go poll was conducted to begin the launch auto sequence, where the Electron’s on-board computers take over the countdown. 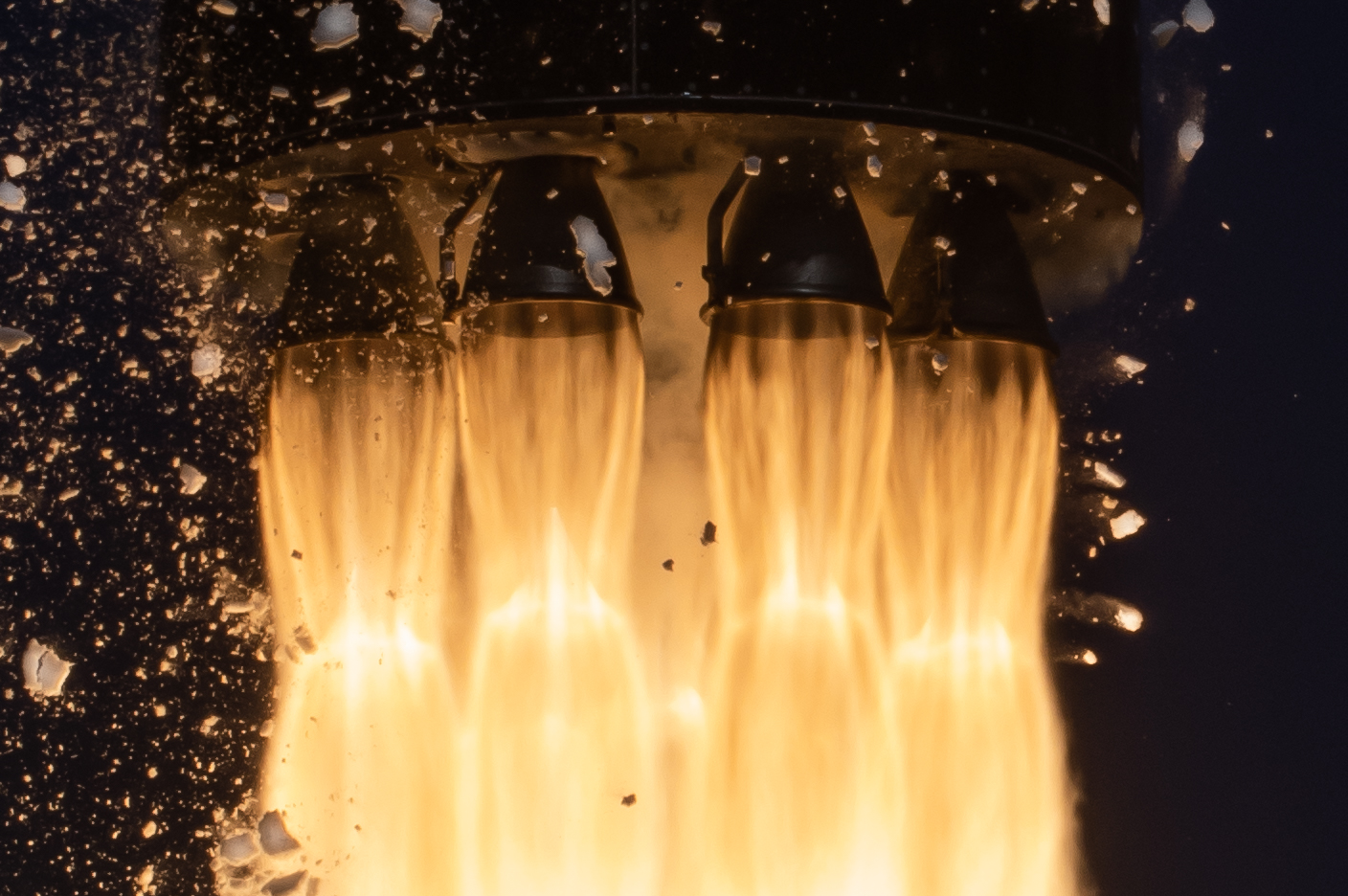 The Electron rocket then lifted off the pad, performing a pitch and roll maneuver to place itself onto the correct heading to reach the mission’s intended 50 degree inclination orbit.

At two minutes and 30 seconds into the flight, all nine Rutherford engines shut down and Electron’s first stage separated with the help of pneumatic pushers. This was to be followed seconds later by the ignition of the vacuum optimized Rutherford engine on Electron’s second stage.

Live video from cameras on board the second stage appeared to show an on time ignition. However, those same cameras showed the engine shut down almost immediately afterwards, suggesting an abort shortly after staging.

Electron’s first stage would coast up to its apogee and begin to reorient for reentry ahead of its expected soft water landing and recovery. Stage one recovery efforts were not affected by the failure during stage two flight, and the stage successfully splashed down after launch.

The payload fairings, which protect the satellite from aerodynamic forces and heating during flight through the dense lower atmosphere, were to then separate and expose the payload to the vacuum of space just prior to three minutes into the flight.

At eight minutes and 45 seconds after liftoff, the second stage engine was to shut down as the vehicle entered a preliminary orbit. The kick stage carrying the two satellites would then separate and begin a long coast phase.

After a 50 minute long coast phase, the kick stage would ignite its engine for a two minute and 43 second burn to finalize the orbit for payload deployment.

The two BlackSky satellites would have been deployed one hour after liftoff. The kick stage would then have performed a deorbit maneuver, bringing the mission to a close.

Future Recovery Milestones and Launches from the US

Building on the progress of two recovery missions, Beck says that Rocket Lab will conduct a third splashdown recovery mission before the end of the year. It will feature a “block upgrade” to Electron, including an “improved decelerator.” The upgrades will focus solely on enabling recovery, with no vehicle performance upgrades.

Beck says Rocket Lab will continue splashdowns until “they are ready to go” with mid-air recovery using a helicopter. Once mid-air recovery operations begin, post-splashdown recovery will remain a contingency plan in the event that a catch attempt fails.

Speaking about Rocket Lab’s upcoming Neutron rocket, Beck says that the teams will learn from reverse engineering Electron for recovery and that the lessons learned will be applied to the reusability of Neutron. Beck says that Rocket Lab plans to build one Neutron rocket a year and operate a fleet of four boosters, thanks to reusability. This will enable the company to achieve a high launch cadence and a lower launch cost.

Beck also talked about Rocket Lab’s progress to begin launches from Launch Complex 2 in Virginia. He said that Rocket Lab is still working to have an autonomous flight termination system (AFTS) certified before it can begin launches the Mid-Atlantic Regional Spaceport (MARS) at NASA’s Wallops Flight Facility.

Beck said this is “taking a lot longer than we all expected, but keeping an eye on the longer-term prize (of AFTS at Wallops’ range).”

An autonomous flight termination system (AFTS), as the name suggests, is a GPS-guided system designed to destroy the rocket automatically if it veers off trajectory during its flight. Rocket Lab is one of only two companies to fly with the autonomous system, with the other being SpaceX.

AFTS is crucial to increasing the launch frequency since it reduces the turnaround time between missions and provides greater schedule control by eliminating reliance on ground assets and human flight termination operators.