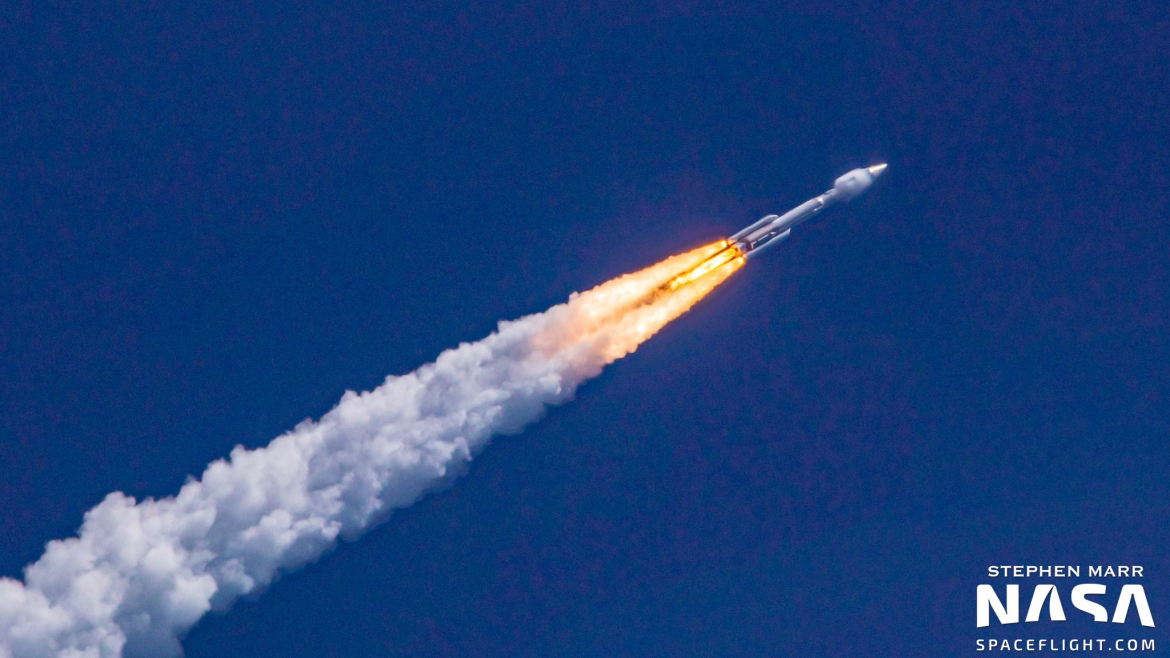 The flight marks the first 2021 launch of ULA’s Atlas V rocket and the second launch made by the company this year following the April launch of NROL-82, which utilized a Delta IV Heavy launch vehicle. The Atlas V was configured in the 421 variant, meaning it utilized a four meter diameter fairing, two solid rocket boosters, and a single engine Centaur upper stage.

The Space Based Infrared System

The United States Space Force’s (USSF’s) Space Based Infrared System was born during the 1991 Gulf War when the US Military realized its missile warning capabilities were lacking and a new system would be needed to allow the country to quickly and accurately track short- and long-range missile launches from around the world.

Before SBIRS, the US military’s missile warning capabilities were provided by the Defense Support Program (DSP), a constellation of 23 satellites launched between 1970 and 2007. Although this system was useful in providing missile early warning capabilities, shortcomings experienced while using the system during the Gulf War made it clear the DSP would need to be replaced by a more advanced system.

The US Air Force later chose Lockheed Martin to build that system, which became SBIRS.

Each SBIRS GEO spacecraft utilizes a suite of two advanced sensors, allowing them to detect short- and mid-wave infrared signals, providing data that can be used to track missile launches from around the world. According to Lockheed Martin, the constellation has quickly proven its worth; the SBIRS system detected nearly 1,000 worldwide missile launches in 2019 alone.

After the system first came online in 2013, the US Air Force awarded Lockheed Martin a set of contracts to expand the constellation, ordering a third HEO spacecraft in 2009 followed by a third and fourth GEO satellite that same year.

In 2014, the US Air Force awarded Lockheed Martin a contract for a fifth and sixth GEO satellite. Contracts for GEO-7 and GEO-8 were also awarded, but those spacecraft were canceled in 2019, and GEO-6, scheduled for launch next year, is now set to be the final spacecraft that will join the SBIRS High constellation.

When GEO-5 was ordered alongside GEO-6, the two spacecraft were initially supposed to be identical to the four SBIRS High satellites that have preceded them, which used Lockheed Martin’s A2100 satellite bus.

During the development of GEO 5 and 6, it was decided to instead use the modernized LM2100M (Modernized Military) bus, which is developed specifically for military operations.

The LM2100M is designed to be more resilient to cyber attacks and contains an upgraded suite of power and propulsion equipment.

The modular design of the spacecraft also allowed for a much more streamlined manufacturing process. 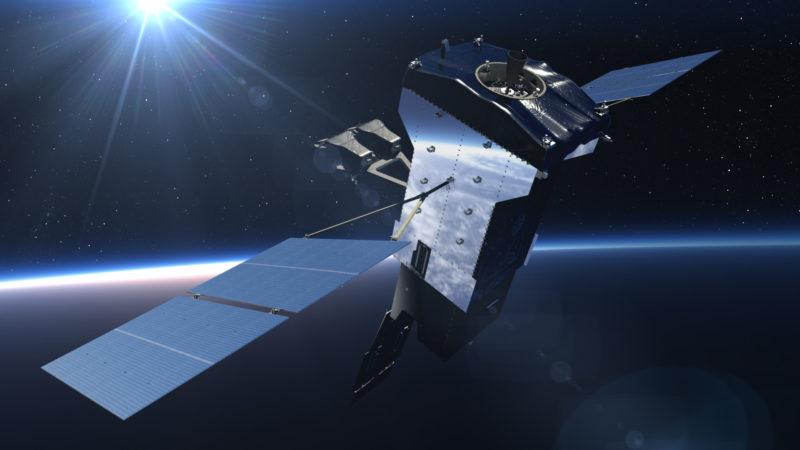 The launch of GEO-5 marks the first flight of the new spacecraft design. However, the US Space Force has already awarded contracts to Lockheed Martin for at least 26 satellites built on the LM2100M design, one for GEO-6, three for the branch’s Overhead Persistent Infrared (OPIR) missile warning constellation, which is set to start replacing SBIRS from 2025, and 22 for the next generation of Global Positioning System (GPS) satellites.

The rocket’s first stage is powered by an RD-180 main engine and supplemented on this flight by two AJ-60A solid rocket boosters from Aerojet Rocketdyne, all together providing around 6,700 kN of thrust at liftoff according to ULA — increasing to over 7,100 kN during the first minute and a half of ascent.

After 47 seconds of flight, the rocket broke the sound barrier and passed Mach 1, followed less than a second later by Max Q, the period in the launch where the Atlas V experiences maximum aerodynamic pressure.

At T+2 minutes 9 seconds into the flight, the two AJ-60A solid rockets were jettisoned more than 30 seconds after burnout, allowing them to begin their fall back safely back to Earth. They are held by the Atlas V first stage for such a prolonged period after burnout to ensure a clean separation from the vehicle based on aerodynamics.

The first stage then continued to burn until T+4 minutes10 seconds when the RD-180 cut off, followed six seconds later by first stage separation. After that, the Centaur upper stage coasted for 10 more seconds before its single RL10C-1-1 engine – the first-ever to fly with Centaur — ignited for a 10.5 minute burn.

The payload fairing, which protected the satellite as the rocket rips through the thickest parts of the atmosphere, was deployed at T+4 minutes 34 seconds, as the atmosphere was then thin enough to allow for SBIRS to be safely exposed to the elements.

At 15 minutes 6 seconds into the flight, Centaur’s RL10C-1-1 engine cut off, placing the vehicle into an initial parking orbit.  Almost immediately, two rideshare payloads, EZ-3 and EZ-4, were deployed from Centaur.

EZ-3 and -4 are technology demonstration satellites for the US government testing experimental data for the US Air Force Academy.

A 15 minute coast phase followed, with Centaur engine reignition at T+31 minutes 6 seconds. This 3 minute 21 second burn placed SBIRS and Centaur into the mission-specific Geostationary transfer orbit (GTO) of 925.2 x 35,753.2 km with an inclination of 21.14 degrees, down from the initial 28.5 degree inclination at liftoff.

From this orbit, the spacecraft will begin moving into its planned Geostationary orbit location.

Lockheed Martin will then officially hand over control of the spacecraft to the USSF’s Overhead Persistent Infrared Battlespace Awareness Center at Buckley Air Force Base, Colorado, which will control it from thereon.

Besides marking the first flight of a new generation of missile warning satellites, the mission also marks the first launch since the US Space Force re-named the 45th Space Wing to Space Launch Delta 45.

In the last 12 months, the 45 SW planned for 230 launches, went into 59 countdowns & launched 39 missions. While at one time our goal was “Drive to 48," we now avoid a specific number and simply say “Set the Pace for Space” because two launches a day may soon be a reality! (1/3)

Since the early 90s, all launches from Florida’s eastern range have been managed by the 45th Space Wing; initially a US Air Force unit transferred over to the Space Force when the branch was created in late 2019.