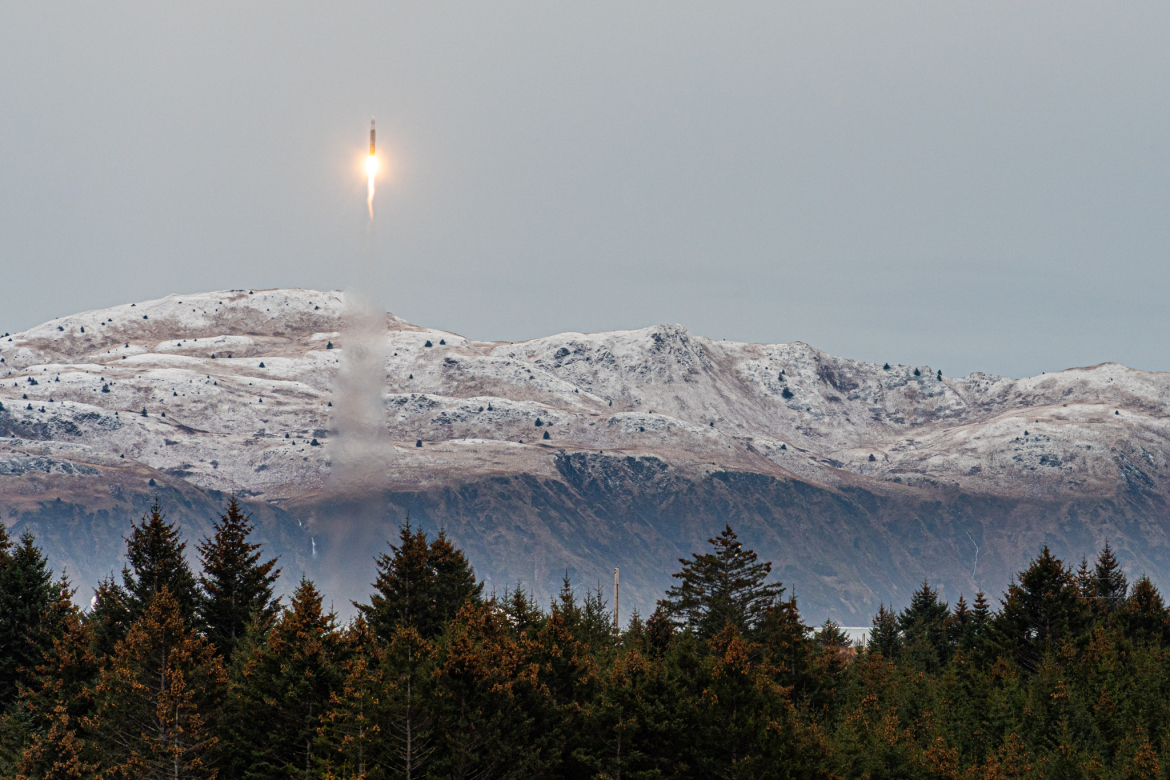 “It’ll be very interesting to see just how much it does cost to fly a Starship one day, and Elon’s said how much his objective is. It’s still a lot of fuel. It’s still a very large machine. And one has to imagine that the logistics, and the overhead, and the insurance, that there will be a fixed cost associated with that.”

“I think if we can really just focus on making the metal that wraps around our fuel cost as little as possible, and just drive scale and production rates higher, we’re going to have a very competitive alternative to flying a vehicle of that size.”

“The rocket we’re making today will probably be the most complicated rocket we ever make. Because what we’re trying to do is continuously take things away from it. Do we need those baffles in there? Do we need that sensor? And with every generation, as we understand things more, we’re able to simplify.”

This goal of simplicity starts with manufacturing, in which Astra is working to avoid 3D printing technology if at all possible — a difference between Astra and many other launch companies.

“It’s the most expensive way to make anything. If you took a 3D printing machine, and a lot of these machines that print metal can cost upwards of two, three million dollars, and you put a part like a rocket engine on that machine, it can take days, up to a week to print a large part. And so you’ve got a machine that costs millions of dollars tied up for a week printing a single part.”

“You can take that same part, and you can stamp it, you can mold it, you can machine it for a fraction of that cost. And so while 3D printing is great for making one of something, if you want to make hundreds or thousands of something, it’s incredibly expensive and time-consuming. So we’ve designed this rocket so that we can make almost all the parts without 3D printing them. In fact, we’re going to try to move away from 3D printing some of the engine components as well. Because it just doesn’t scale.” 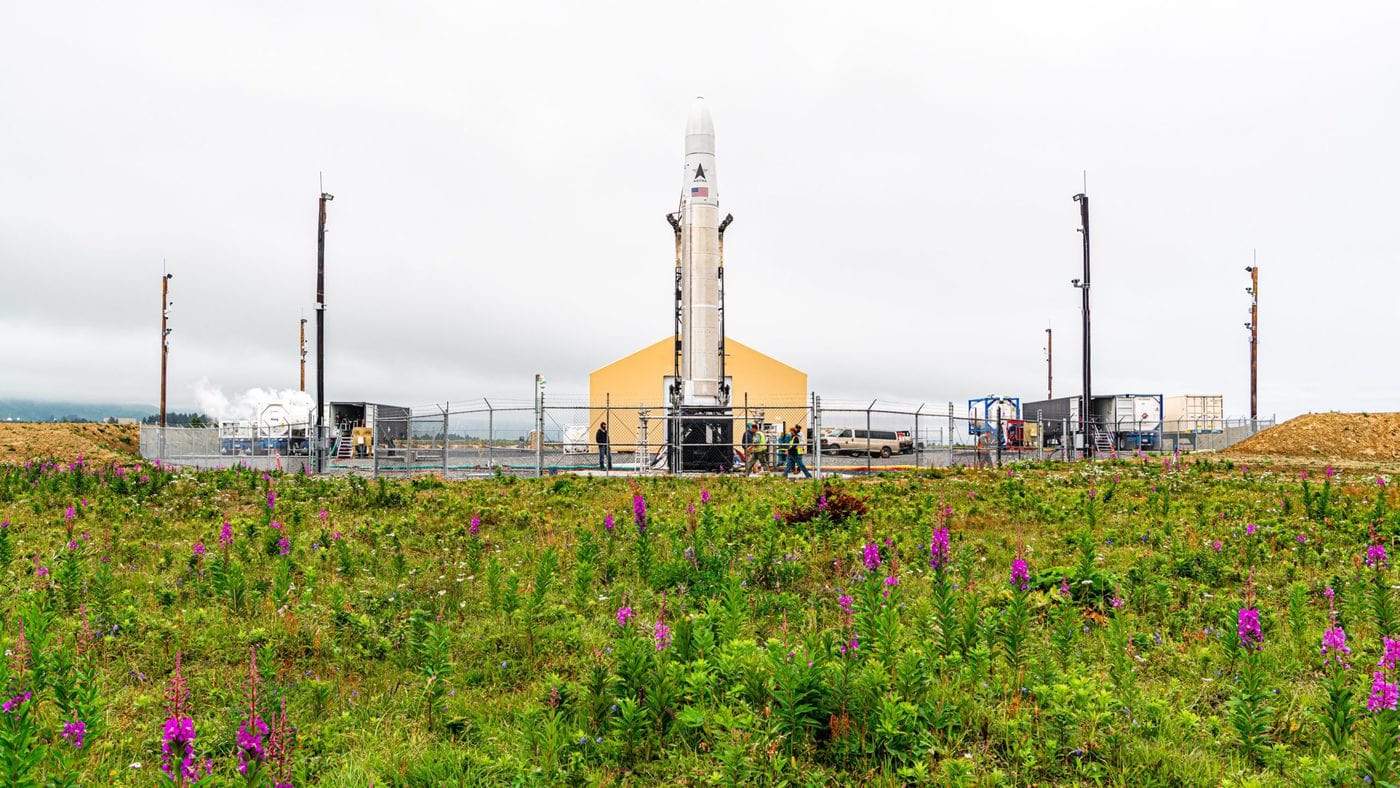 Once the vehicles are manufactured, Astra wants to simplify the launch process, too. This is where automation will play a crucial role “Only five people accompany the entire spaceport in the field. And then we run everything from mission control, and there’s only five people in mission control.  The idea is for Astra [is that] mission control will go away. There will not be a room of screens and people on consoles. We’re moving to a model where the concept of mission control goes away. It’s all software-driven.”

Astra is also currently running their own Autonomous Flight Safety System (AFTS), similar to the AFTS systems employed by SpaceX and Rocket Lab, in a mode which shadows the active, more traditional Flight Termination System.

“We have an Astra Autonomous Flight Safety System. It is not active in the current flights, but we are in the process of certifying it. So it’s actually, it’s in shadow mode. But it’s flying on the Rocket 3 series.”

The entire build, test, and fly system is being optimized using a new software solution named AstraOS, a project for which Astra hopes to announce a new leader and many job listings in the near future.

“If you think about the company, it fundamentally has to be efficient. Just like a rocket. You don’t have any extra mass for structures because if it’s not fuel and it’s not payload then it’s rocket. And rocket is overhead. So you don’t want any overhead in a rocket.”

“AstraOS is our financial systems. It’s our systems that help engineers do their product development. It’s our program management systems. It’s all the core software that runs the business. So it’s the operating system of Astra.”

Kemp explained that AstraOS will help teams make smarter decisions and improve the efficiency of the entire company. “AstraOS is that underlying software fabric that makes data accessible to folks that are making decisions to help us make the right decisions. And it powers, like, every bit of data from every sensor ever recorded on any test in the entire history of Astra is accessible to every engineer in real time.”

Rocket 4.0 and other future plans

With the goal of achieving monthly launches with Rocket 3 vehicles in the fourth quarter of 2021, Rocket 4.0 will include the upgrades needed to target weekly launches in 2022. “And we’re targeting several hundred kilograms of payload capacity.”

Rocket 4.0 will include a new engine, replacing the Delphin and Aether first and second stage engines currently used on Rocket 3. “We’ll have a new engine on the first stage that will be much higher performance, and that engine is already in development.” 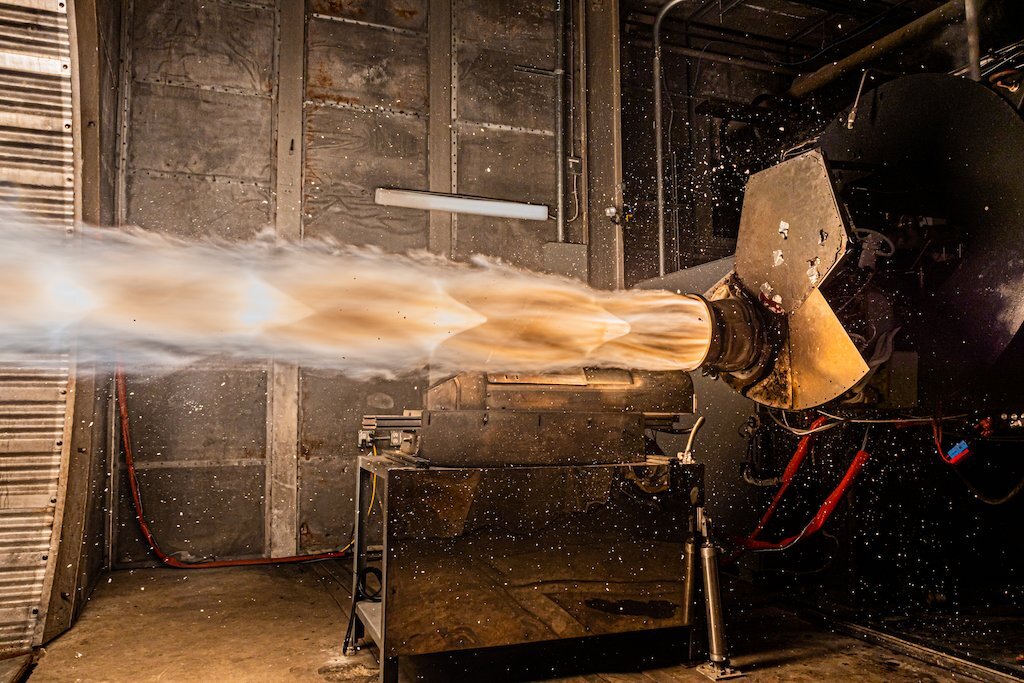 The end goal is improving a weekly launch cadence to a daily one. “We’ve set a really bold and ambitious target of having daily space delivery achieved by 2025.”

Kemp explained that Astra differed from other companies with high cadence goals in that daily launch was a core goal from the beginning. “We started out on day one with the objective of daily launches. So most of the team right now isn’t even focused on monthly launches. They’re focused on weekly launches.”

“We’re in the process of expanding our production facility. We’re tripling its size to a quarter of a million square feet, where we’re going to have an automated production line. We’ve been making rockets at the rate of one per quarter over the past couple of years. We’re ramping that to one a month.”

“At our current facility, which is about a 20 acre campus just outside of San Francisco, we’ll be able to produce one rocket a day. And we obviously can’t launch one rocket a day from any one spaceport, so we’ve designed this launch system to be completely containerized. So we can show up at a concrete pad, or a gravel pad with a fence around it, and we bring everything we need to launch the rocket with us.”

Expanding Astra’s suite of launch sites will be an important step in achieving both a daily launch cadence and democratized access to space for the entire planet. 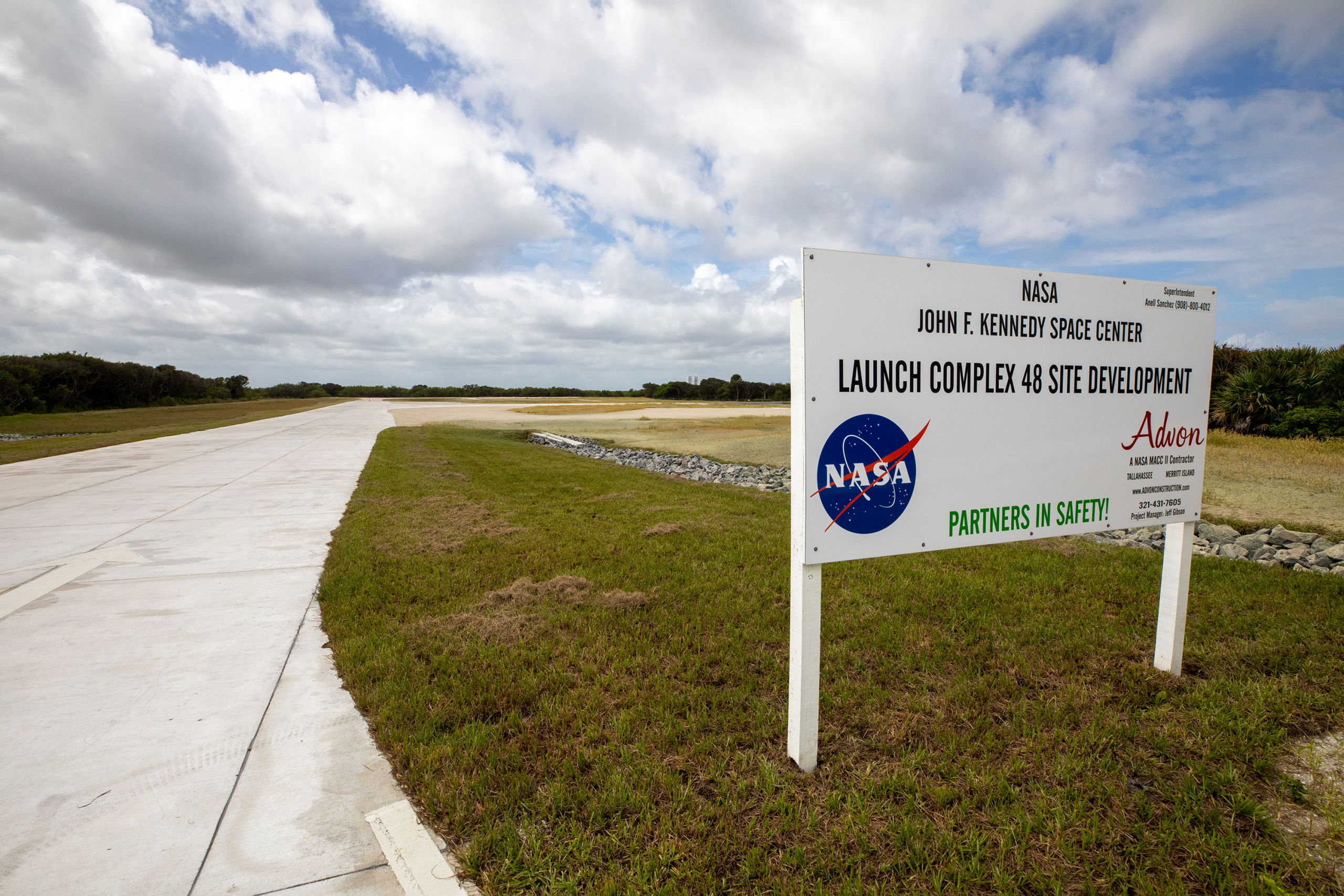 Launch Complex 48 (LC-48) at NASA’s Kennedy Space Center could be a potential Cape Canaveral launch site for Astra, designed as a clean pad for small launch vehicles – via NASA

“We’re not going to go build spaceports in 50 countries. But if we could take an existing airport, or an existing area where we could license a launch, and bring the entire launch system, including the spaceport, with us, then we could really open up access from anywhere on Earth to anywhere in space.”

In total, Kemp says Astra will be operating from about a dozen spaceports. With operations from Kodiak continuing, next up will likely be the Kwajalein Atoll “this winter” to support the TROPICS mission and Venture Class Launch Services (VCLS) missions for NASA.

Cape Canaveral is being considered as a backup launch site for TROPICS. 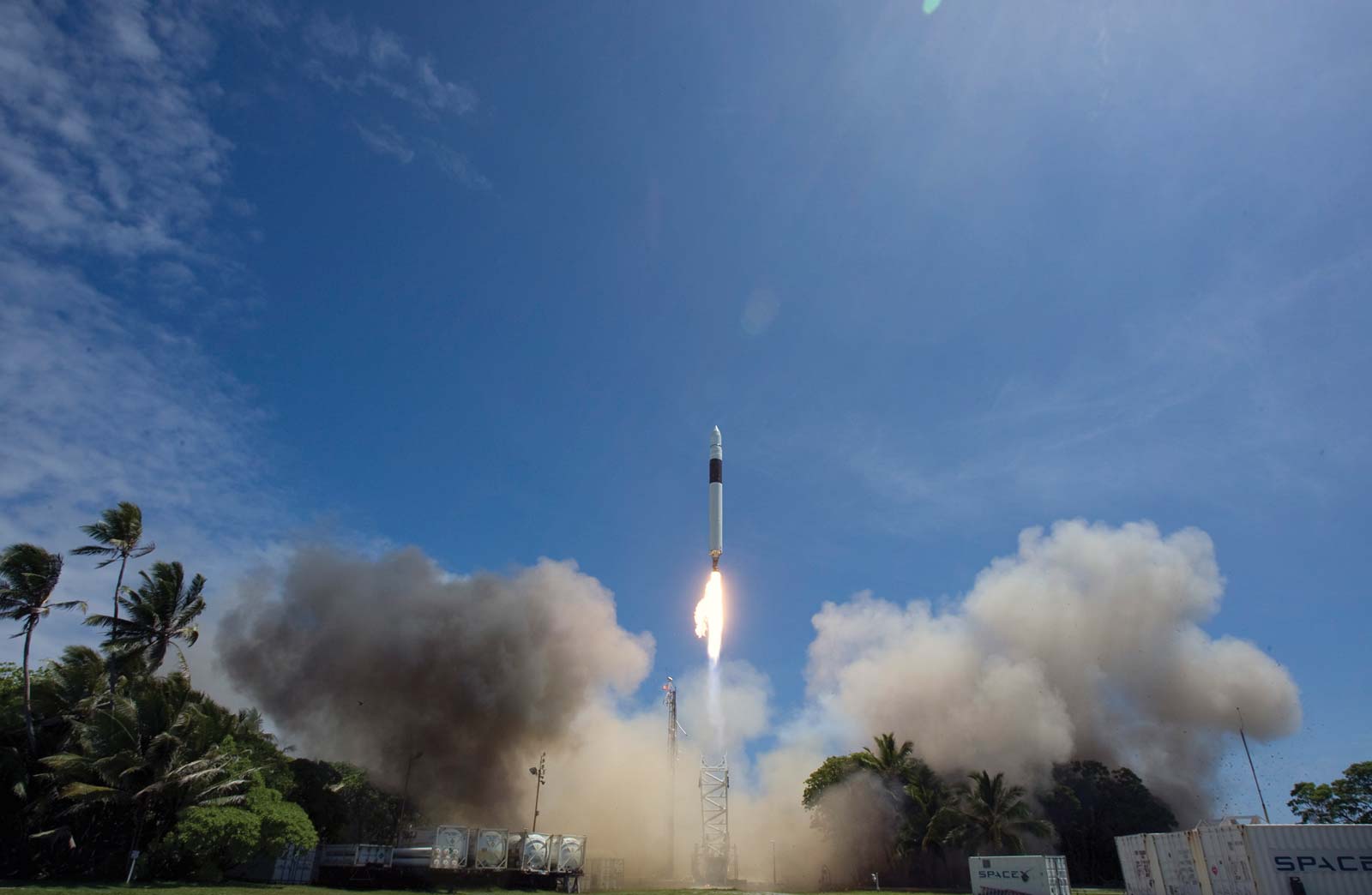 A SpaceX Falcon 1 rocket launches from the Kwajalein Atoll, one of several launch sites under consideration for use by Astra – via SpaceX

Astra is also evaluating the idea of ocean-based launch sites. “We’ve been looking very closely at an ocean-based launch platform. Astra does have on its campus a 500 ft pier on the San Francisco Bay where we can place assets that are focused on maritime operations.”

Transportation of cargo from one place to another on Earth, via suborbital spaceflights, is also a potential market for Astra.

“One of the projects that we were working on with the DoD, we actually won a contract a couple months ago, where we could actually deliver a payload back to Earth. And so imagine taking a package from a place on Earth and putting it somewhere else on Earth in 45 minutes.”

“We would do that through a partnership with another company on the kind of reentry side. Because we’re not working on a reentry vehicle.”

Kemp’s motivation for co-founding Astra is using space to improve life on Earth. Kemp described both the near term goals of Astra’s space systems development and the longer term goal of making Earth a smarter planet over the next century.

“We’ll use our frequent access to space to populate lots of satellites in lots of planes and then allow our customers at the last minute plug and play sensors and things into these satellites. And then also deploy software on them.” 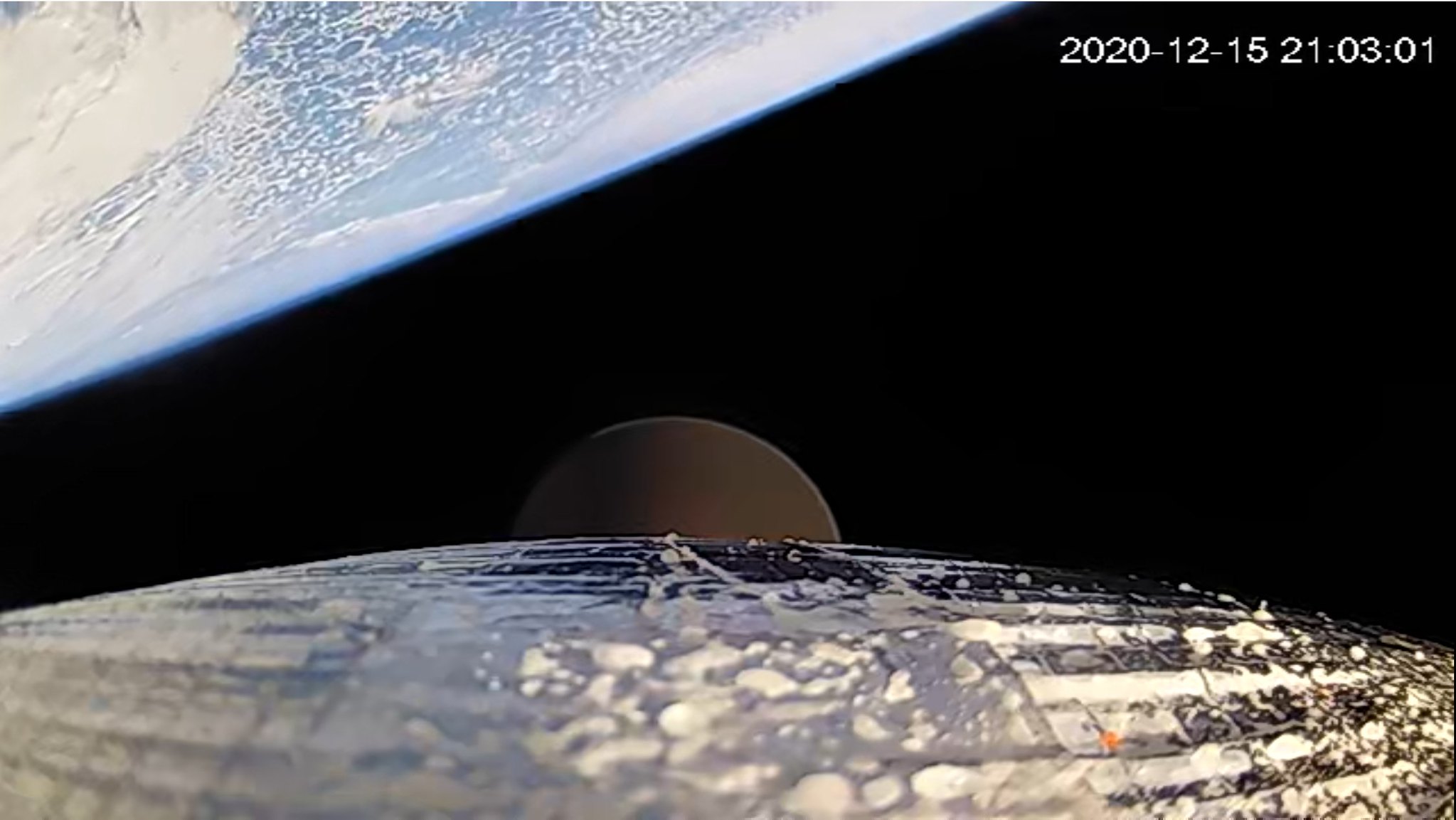 Imagery captured from space during Rocket 3.2’s flight – via Astra

“It could be like a bubble of intelligence, where we can measure the temperature of the oceans, and the water level, and understand the weather, very precisely. It could potentially absorb energy as the Sun’s hitting from one side and beam it back around and down to the dark side of the planet, totally solve the energy crisis. You could reflect the energy before it ever gets absorbed by our atmosphere, make the climate whatever you want it to be.”

“You could actually, with near perfect understanding of weather, because you have these sensors, you can understand air temperatures, wind speeds, ocean temperatures, and quantum computers and AI being able to predict very accurate weather, you could open these little things up like louvers, and you could heat the ocean, causing it to rain in areas where there’s drought. Eliminating famine and allowing crops to grow in areas of deserts. You could really make the planet smart. You could help manage the precious finite resources we have in a much more intelligent way.”

“What does that sphere of silicon and intelligence look like? Is it a proprietary platform controlled by some Rockefeller of the year 2200? I hope not. I hope it’s a platform like the internet.”

“I see that, space as a platform, for innovation, for competition, and for humanity, to build something that helps us really create a healthier and more connected planet. And really does improve life on Earth. And we’re just getting started. And Astra is starting to build the first building blocks of that platform, starting this year.”