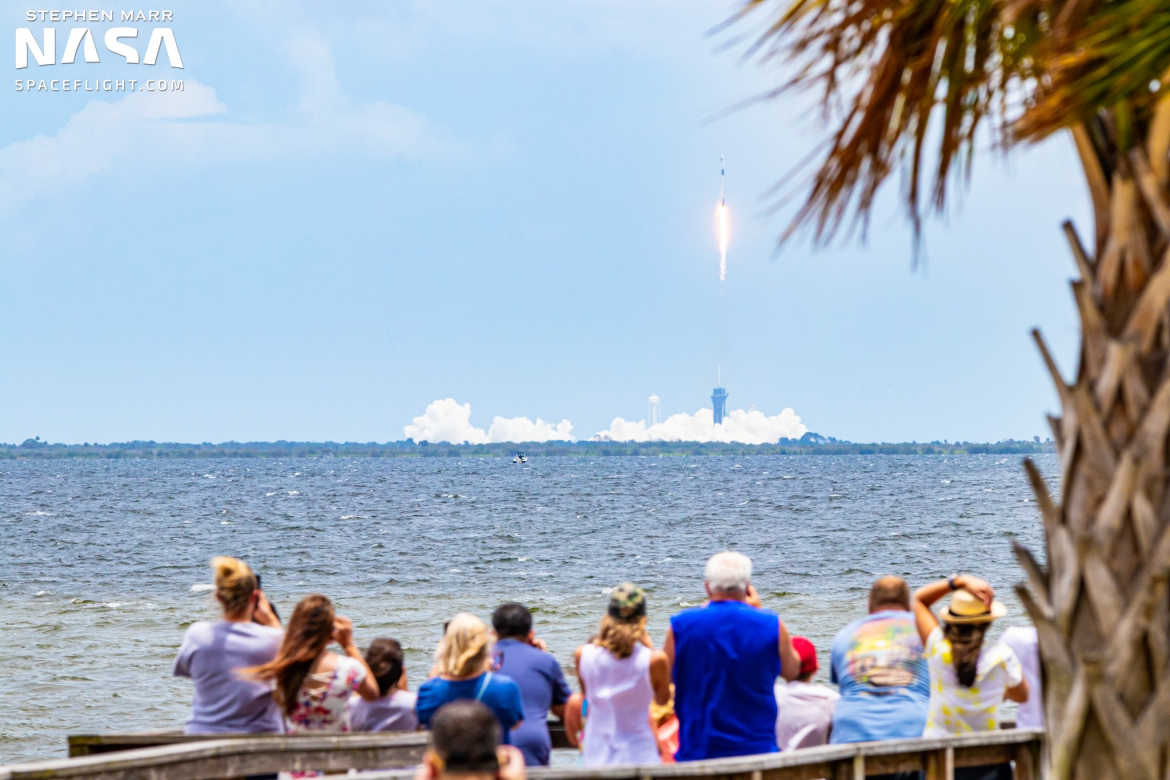 The CRS-22 cargo mission to the International Space Station lifted off right on time at 13:29 EDT (17:29 UTC) on Thursday, June 3. The Cargo Dragon 2 spacecraft, carrying the first two of six new solar arrays to the station alongside other supplies as well as scientific experiments, departed from LC-39A at the Kennedy Space Center in Florida and docked to the Harmony module of the ISS at 05:09 EDT/09:09 UTC on Saturday, June 5.

The 45th Weather Squadron at Space Launch Delta 45 predicted a 60% chance of favorable weather for Thursday’s launch attempt, with primary concerns being cumulous clouds and precipitation.

For the first time since the Sentinel-6 Michael Freilich mission in November 2020, SpaceX debuted a brand new Falcon 9 booster, B1067. Following a successful recovery on the CRS-22 (Commercial Resupply Services 22) mission, B1067 will now support the Inspiration4 mission no earlier than September and the Crew-3 launch as early as October — which would mark the quickest turnaround time for a booster launching crew.

Like the new booster, the Cargo Dragon 2 spacecraft, identified by its serial number C209, was also brand new, expanding the fleet of active Cargo Dragons to two vehicles. Dragon C208 made its first flight on the CRS-21 mission, and a third Cargo Dragon 2 vehicle is under construction.

Interestingly, no pre-launch static fire test of B1067 was completed at LC-39A prior to CRS-22 despite using an unflown Falcon 9 booster. While SpaceX has not conducted static fire tests for all missions, flights utilizing boosters with few or no previous flights, and thus less performance data available, were typically tested before use. SpaceX also usually tests “fleet leader” boosters with more flights than the rest of the active Falcon 9 cores.

However, all new Falcon 9 stages are first tested with full-duration firings at SpaceX’s Rocket Development Facility in McGregor, Texas. For the first time, NASA and SpaceX agreed that B1067’s full-duration firing at McGregor earlier this year provided the needed data to clear the rocket for flight ahead of CRS-22.

This was the first time a SpaceX launch for NASA has not been preceded with a static fire test.

The mission launched from LC-39A, the complex which currently hosts cargo Dragon flights thanks to the Crew Access Arm that allows for easier access to the capsule than what is provided at SLC-40 on the Cape Canaveral Space Force Station side of the Florida spaceport. SLC-40 can still support cargo Dragon missions if needed even though 39A is the preferred pad.

After liftoff, Falcon 9 pitched downrange and flew northeast from the Kennedy Space Center to match the ISS’s 51.6 degree inclination.

After two and a half minutes of stage one flight, the nine Merlin 1D engines shut down and the two stages separated. While the Marlin Vacuum engine on stage two began its burn, B1067 conducted a boostback burn to target the autonomous spaceport drone ship Of Course I Still Love You, which will be stationed just 303 kilometers downrange.

Since the introduction of the heavier Dragon version 2 capsules, CRS missions have required drone ship landings instead of the typical Return To Launch Site (RTLS) landings at Landing Zone 1 at Cape Canaveral that was commonly used for the Dragon v1 capsules.

For CRS-22, performance requirements allowed for a partial boostback burn, which reduced stress on the booster during atmospheric reentry and will now reduce recovery time by landing closer to the launch site it will be brought back to for refurbishment and re-flight. For comparison, the drone ship was stationed 623 kilometers downrange for the CRS-21 mission. 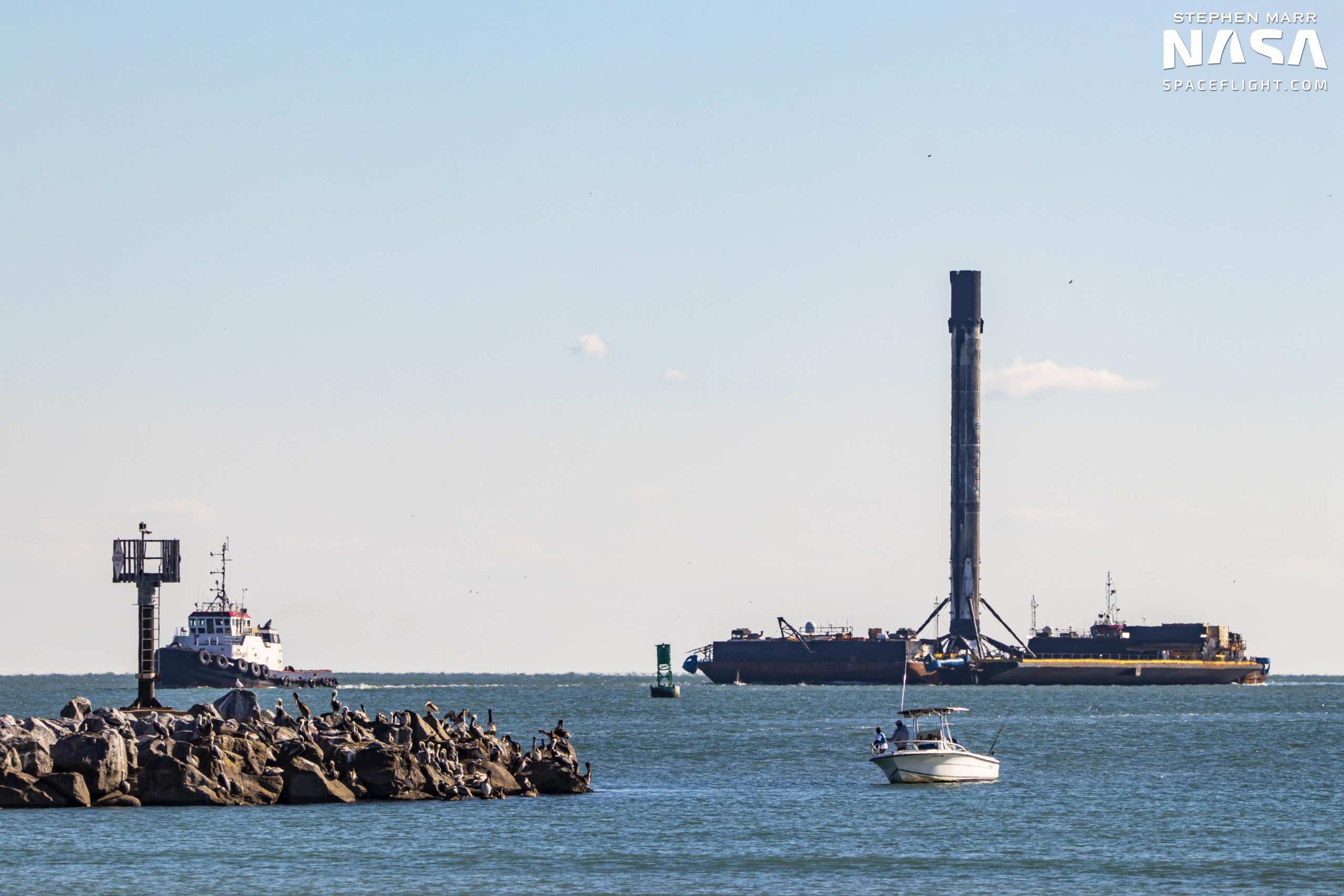 About 12 minutes after liftoff, and just over three minutes after reaching orbit, the Dragon spacecraft separated from the second stage of Falcon 9.

Over the course of the next day and a half, Dragon phased itself up to the ISS for an autonomous docking to IDA-3 on the zenith, or space-facing, docking port of the Harmony module on Saturday, June 5. The docking was monitored by Expedition 65 astronauts Megan McArthur and Shane Kimbrough of NASA who arrived at the station aboard the SpaceX Crew-2 mission in April.

Now docked, the Dragon capsule will spend a month at the station, returning to Earth in early-July with experiment results and other cargo.

In total, the CRS-22 mission includes 3,328 kilograms of cargo, 1,948 kg of which is in the pressurized Dragon capsule. The remaining 1,380 kg comes from the pair of ISS Roll-Out Solar Arrays (IROSAs) in the unpressurized trunk of Dragon, the first of six new solar arrays which will increase the power generating capability of the station.

The new arrays are provided by ISS prime contractor Boeing and their subsidiary Spectrolab and will be installed during two spacewalks performed by European Space Agency astronaut Thomas Pesquet and NASA astronaut Shane Kimbrough on June 16 and June 20 from the Quest airlock.

Meanwhile, the pressurized cargo onboard Dragon includes 341 kg of supplies for the crew, 920 kg of experiment materials, 52 kg of spacewalk equipment, 345 kg of vehicle hardware, and 58 kg of computer resources.

Among the hardware launched on CRS-22 is a catalytic reactor for the station’s life support system, as well as an emergency air supply system for Commercial Crew vehicles — which can support up to five crew members for up to one hour in the event of an ammonia leak on the ISS. 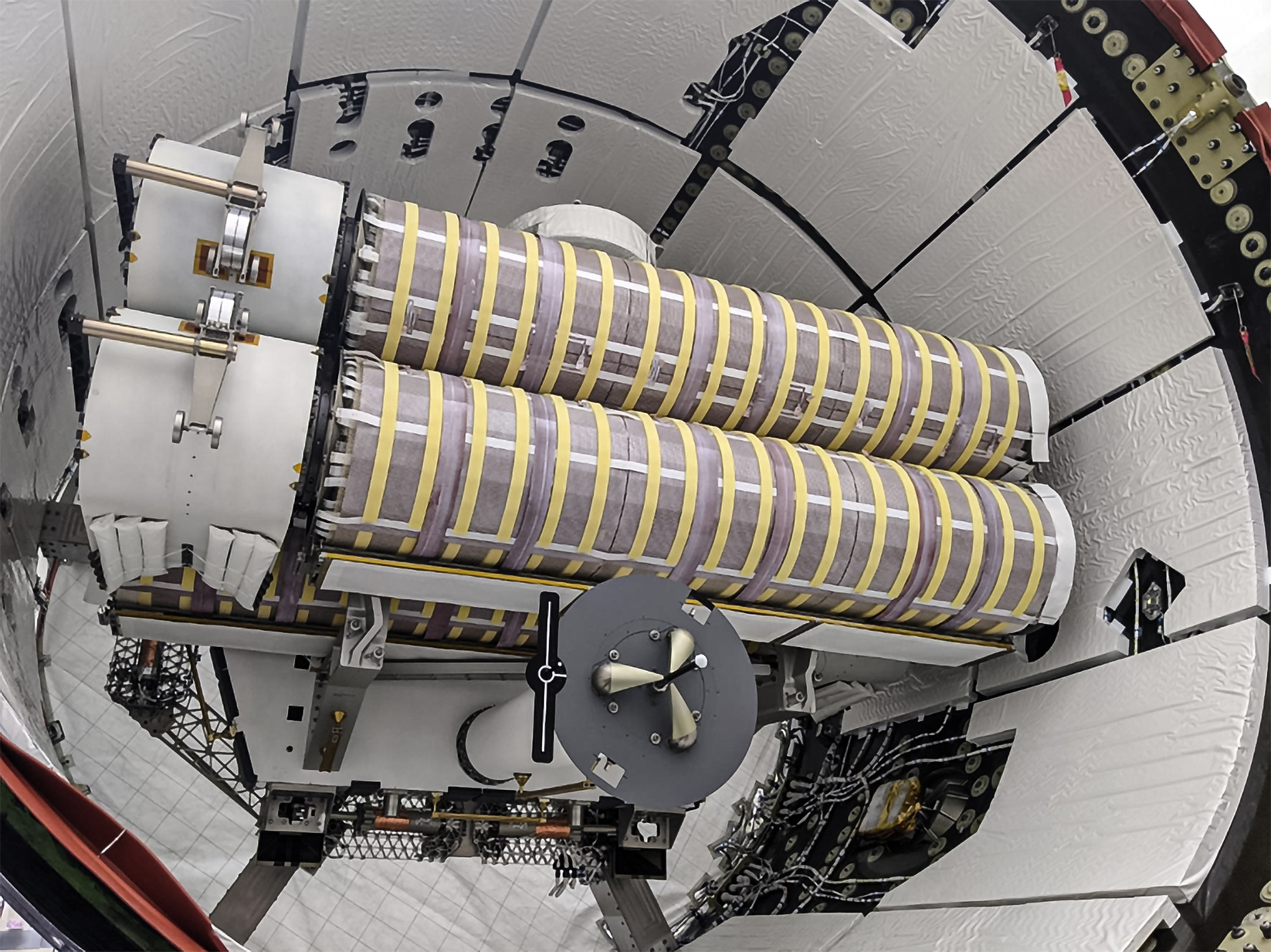 A new Kurs remote control unit, used to dock Russian Progress cargo vehicles, for the Russian Zarya module also rode to orbit as part of CRS-22, as did a Potable Water Dispense (PWD) filter used to purify water on the station.

Disposable air tanks used for routine cabin pressurization activities and an “Iceberg” cold storage system for temperature sensitive payloads round out the hardware launching on Dragon. Besides the hardware, a complement of apples, oranges, tomatoes, onions, lemons, peppers, and avocados will provide the crew fresh food in addition to the standard supplies.

Also on board are EagleSat-2 from Embry-Riddle Aeronautical University, PR_CuNaR2 from the International American University of Puerto Rico, RamSat from Robertsville Middle School in Oak Ridge Tennessee, Stratus from Michigan Technological University, and Space Hauc from the University of Massachusetts-Lowell.

An 11th CubeSat from outside the ELaNa program, the Satellite for Orbital Aerodynamics Research (SOAR), is from the University of Manchester.

While this is not a Crew Dragon mission, there are still a fair amount of astronauts on board. An experiment containing newly hatched bobtail squids will be studied on orbit in an effort to understand how microbes in these animals react to the microgravity environment.

Another experiment carries a payload of tardigrades whose genetics will be studied in the hopes of learning new ways to treat and protect humans both on Earth and in space.

Russian duo complete decommissioning of Pirs ahead of removal from Station