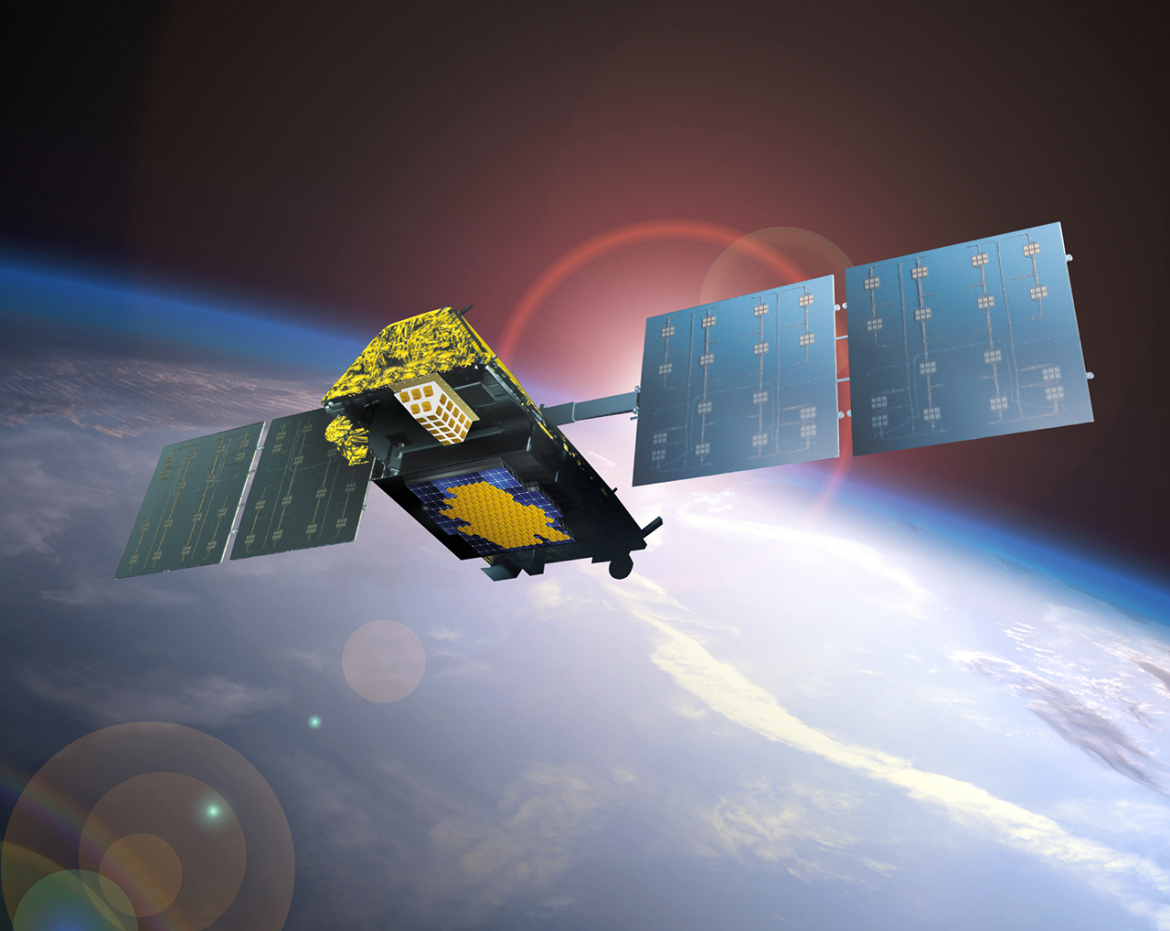 Iridium has secured a $30 million research and development contract with the United States Army to develop a payload which will support the concept of a rapidly deployable small satellite constellation, with the goal of providing more effective data transmission to the soldiers in the field.

The payload will be hosted by another Low Earth Orbit commercial satellite constellation and used alongside Iridium’s existing network. Although the partner is not yet announced, it could include mega-constellations like SpaceX’s Starlink, Amazon’s upcoming Project Kuiper, or satellites of the OneWeb and ViaSat constellations.

“This is one of the largest engineering contracts in Iridium’s history, and we’re pleased to once again bring the value of Iridium and our partner ecosystem to the fore at the request of the United States Army,” said Matt Desch, CEO of Iridium.

“It also represents another phase in the evolution of our growing relationship with the DoD (Department of Defense), and we’re excited to engage in this experimental multi-constellation adaptation of our service.”

The experimental payload will be based on Iridium’s one-to-many global broadcast service, named Iridium Burst. Announced in 2014, Iridium Burst makes it possible to transmit data to millions of devices at a time using the high power channels of Iridium’s existing satellite network.

Coverage map of the Iridium NEXT satellite constellation – via Iridium

It is especially useful for businesses, government agencies and the military to broadcast data. The development is also supported by Colorado-based Aerospace company, SEAKR Engineering, and Virginia-based Satellite company, Satelles Inc as subcontractors.

“Iridium has always been focused on providing innovative, reliable and high-value services to the U.S. warfighter,” said Scott Scheimreif, Executive Vice President of Government Programs at Iridium. “This program can help add to warfighter readiness to conduct a full range of military operations at a tactical level. This includes the ability to enhance effectiveness of military units, weapons and equipment during combat against near-peer adversaries.”

Iridium’s own Iridium NEXT constellation was launched over the course of eight SpaceX Falcon 9 launches, with replenishment launches on contract with Relativity Space. CEO Matt Desch has also previously mentioned the possibility of Iridium working together with the Starlink constellation. However, the constellation(s) that Iridium will partner with for this newest contract is to be announced.

During the exercise, Iridium’s broadband, Iridium Certus, Push to Talk (PTT), and Iridium Global Line of Sight are the main technologies being tested, alongside a variety of sensors capable of tracking, environmental monitoring, remote control functions and managing data and image delivery.

“Iridium’s Arctic and Antarctic communications capabilities have long been a part of the fabric of government, NGO and civil enterprise activities in those regions and now with our upgraded constellation and new technologies developed, we have turbocharged our portfolio of solutions to address an increasing range of polar communication requirements,” said Scheimreif.

“With more than 20 participating organizations, Operation Arctic Lynx will exercise the ability to provide real-time interoperability, communications-on-the-move, command-and-control and develop and maintain a common operational picture in austere polar regions. We’re proud to have so many esteemed organizations participating.”

During the operation, multiple voice, data, video and real-time communications threads will be exercised, starting from Utqiagvik, Alaska, located at 71 degrees north latitude, although the communication links will also be tested at a site even further north.

Located 82 degrees north is the Canadian Forces Station Alert in Nunavut, Canada. It is the most northerly, permanently inhabited location in the world and one of a number of Arctic Weather Stations. Here, Iridium Certus technology will be tested to ensure reliable communications. 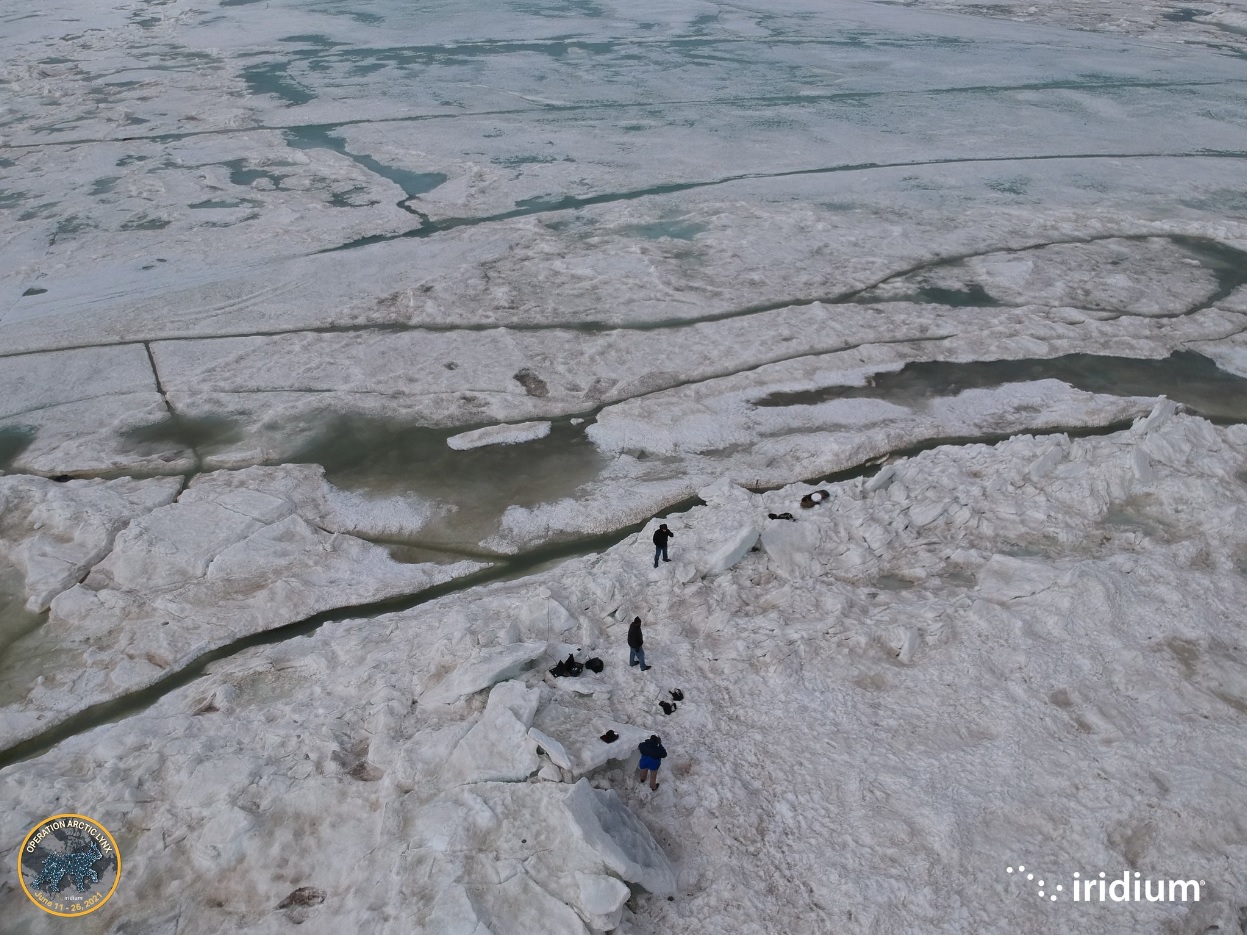 Additional communication tests sites include the U.S South Pole Station and McMurdo Station in Antarctica, Oslo, Norway, London, U.K., and in the U.S. states of Texas, Arizona, Virginia and Florida.

On June 22, Iridium announced their newest service, named Certus 200. It offers transmission speeds up to 176 Kbps and high-quality voice lines though a cost-effective antenna. This service is available for land-based and maritime applications using the terminals built by Thales. Iridium is also looking to offer aviation services, featuring L-band antennas and lightweight terminals. This system is currently under development and is expected to be operational in late 2021.

“Iridium Certus is a powerful connectivity platform, providing the flexibility for our partners to develop specialized terminals that enhance different capabilities across all industries,” says Bryan Hartin, executive vice president, sales and marketing, Iridium. “Iridium Certus 200 fills an important gap in our broadband portfolio, offering a more affordable product and service class, with reliable connectivity that will expand to more markets.”