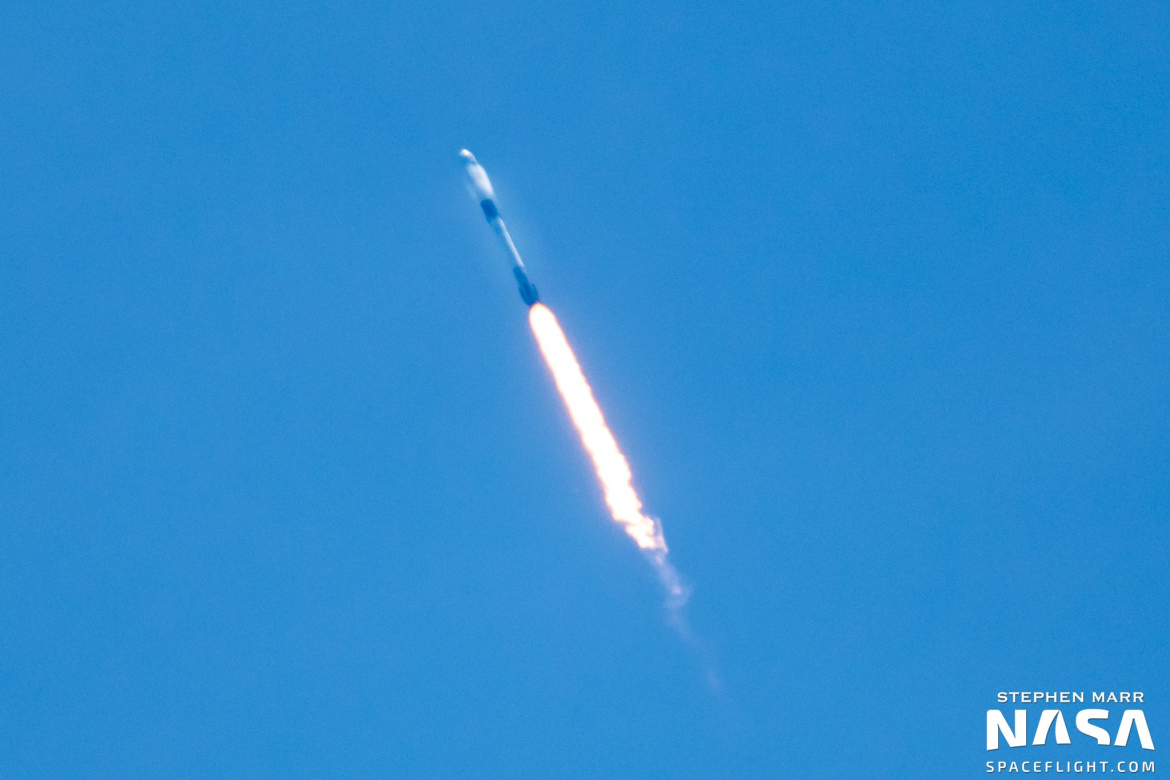 SpaceX has launched another next-generation Global Positioning System (GPS) satellite for the United States Space Force. Falcon 9 lifted off with the GPS-III-SV05 satellite on June 17 from SLC-40 at the Cape Canaveral Space Force Station in Florida right on time at 12:09EDT (16:09 UTC).

This was the 19th Falcon 9 launch in 2021, and GPS-III-SV05 is the company’s fourth overall mission for the GPS program and the first to use a flight-proven first stage booster.

Space Launch Delta 45 had predicted a 70% chance of acceptable weather conditions for launch on June 17 as well as for the backup opportunity 24 hours later.

At 3:30 PM EDT on June 12, SpaceX completed a successful static fire of Falcon 9’s first stage booster, B1062-2. After the test, the first stage and attached second stage were rolled back into the hangar at SLC-40 to be mated to the encapsulated GPS-III-SV05 spacecraft, before returning to the pad prior to launch.

On the afternoon of June 13, tug Finn Falgout departed Port Canaveral with drone ship Just Read the Instructions in tow. On June 16, the two ships arrived at the landing zone about 642 kilometers downrange from the launch site. GO Quest, the drone ship support vessel, also arrived near the recovery zone shortly after.

For this mission, a new vessel joined SpaceX’s oceangoing recovery fleet. HOS Briarwood will recover Falcon 9’s payload fairing halves after they splash down in the Atlantic Ocean.

Similar in size to Shelia Bordelon, the previous temporary fairing recovery vessel, HOS Briarwood can be booked as a “flotel” and features an enormous crane, along with seemingly just enough deck space to support two recovered fairing halves. 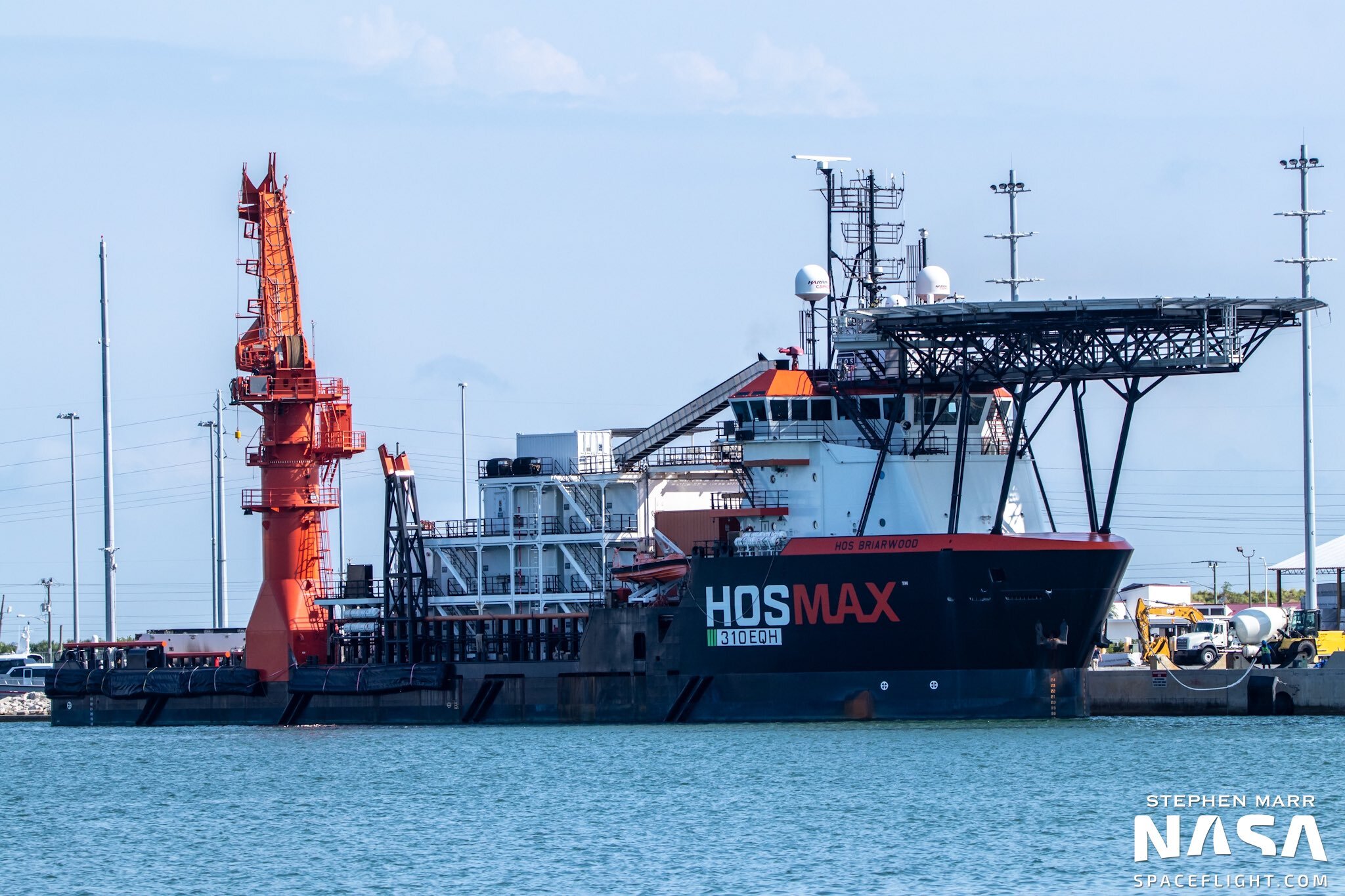 HOS Briarwood, a temporary addition to the SpaceX recovery fleet, in Port Canaveral prior to the GPS-III-SV05 mission – via Stephen Marr for NSF

Prior to the GPS-III-SV04 launch, SpaceX announced that the US Space Force would allow the company to recover and reuse Falcon 9 boosters on national security missions, which includes the GPS program.

In order to certify SpaceX’s recovery and reuse process, B1062 was specifically reserved for GPS-III-SV05. After returning to port following the GPS-III-SV04 mission, the Space Force conducted a lengthy review of the booster and SpaceX’s refurbishment procedures, before finally clearing it to launch.

Last year, SpaceX was also awarded a “fleet surveillance” contract from the Space Force, which gives the branch insight into all of SpaceX’s non-military launches. The agreement was then expanded after the company won the NSSL Phase 2 launch contract in August.

Going forward, SpaceX will be able to fly other boosters on national security missions, not just ones that previously flew government payloads.

The GPS-III-SV05 satellite is the fifth of 10 spacecraft in the third generation of GPS satellites. This generation includes improvements such as more accurate precise location tracking and time referencing. 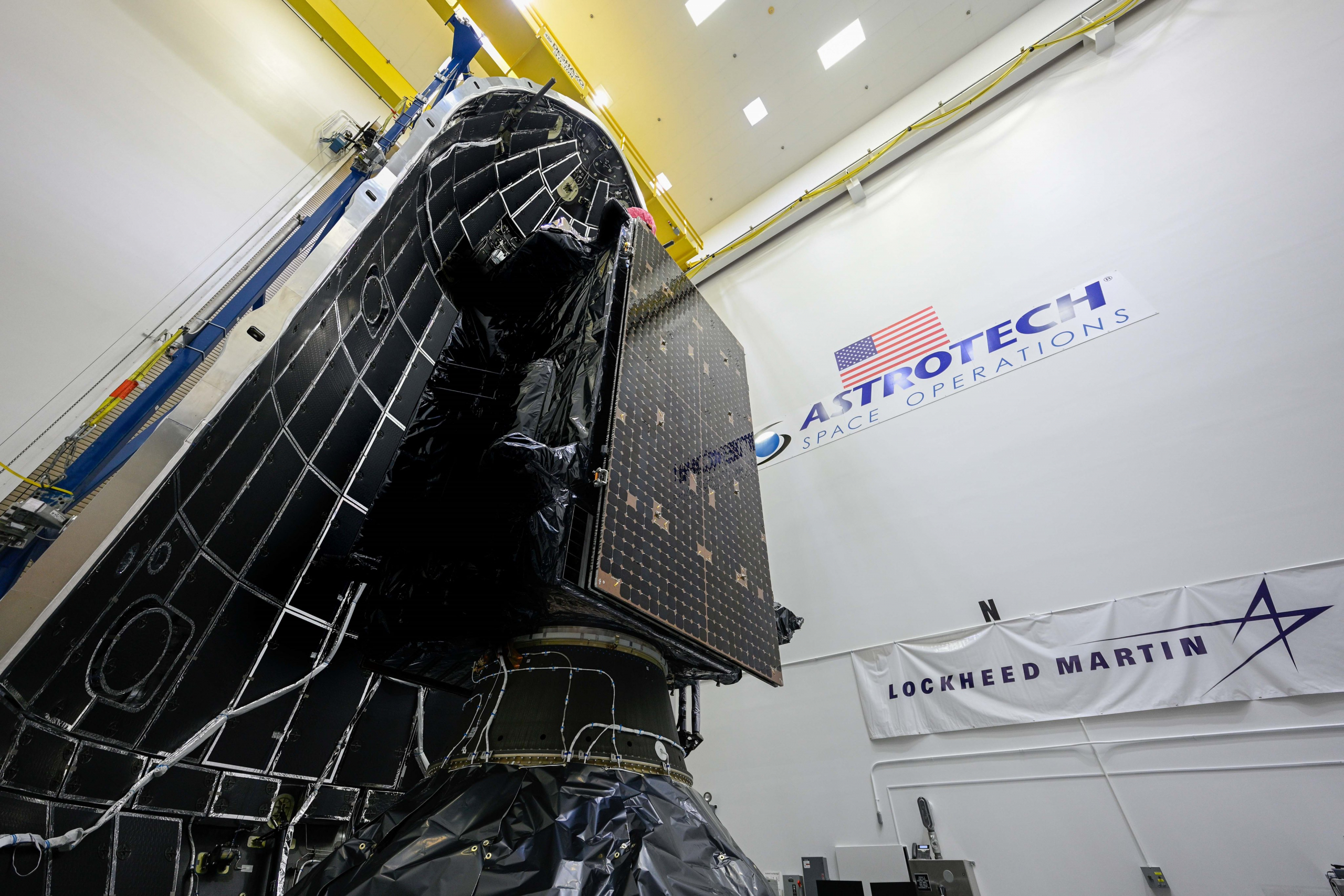 The GPS-III-SV05 satellite prior to encapsulation – via Lockheed Martin

A2100M is Lockheed Martin’s Medium Earth Orbit and Geostationary Orbit satellite bus offering. First launched in 1996, this bus has been used for many military and commercial satellites including the SBIRS-GEO satellites, the Arabsat 6A telecommunications satellite, and the Advanced Extremely High Frequency military satellite constellation. 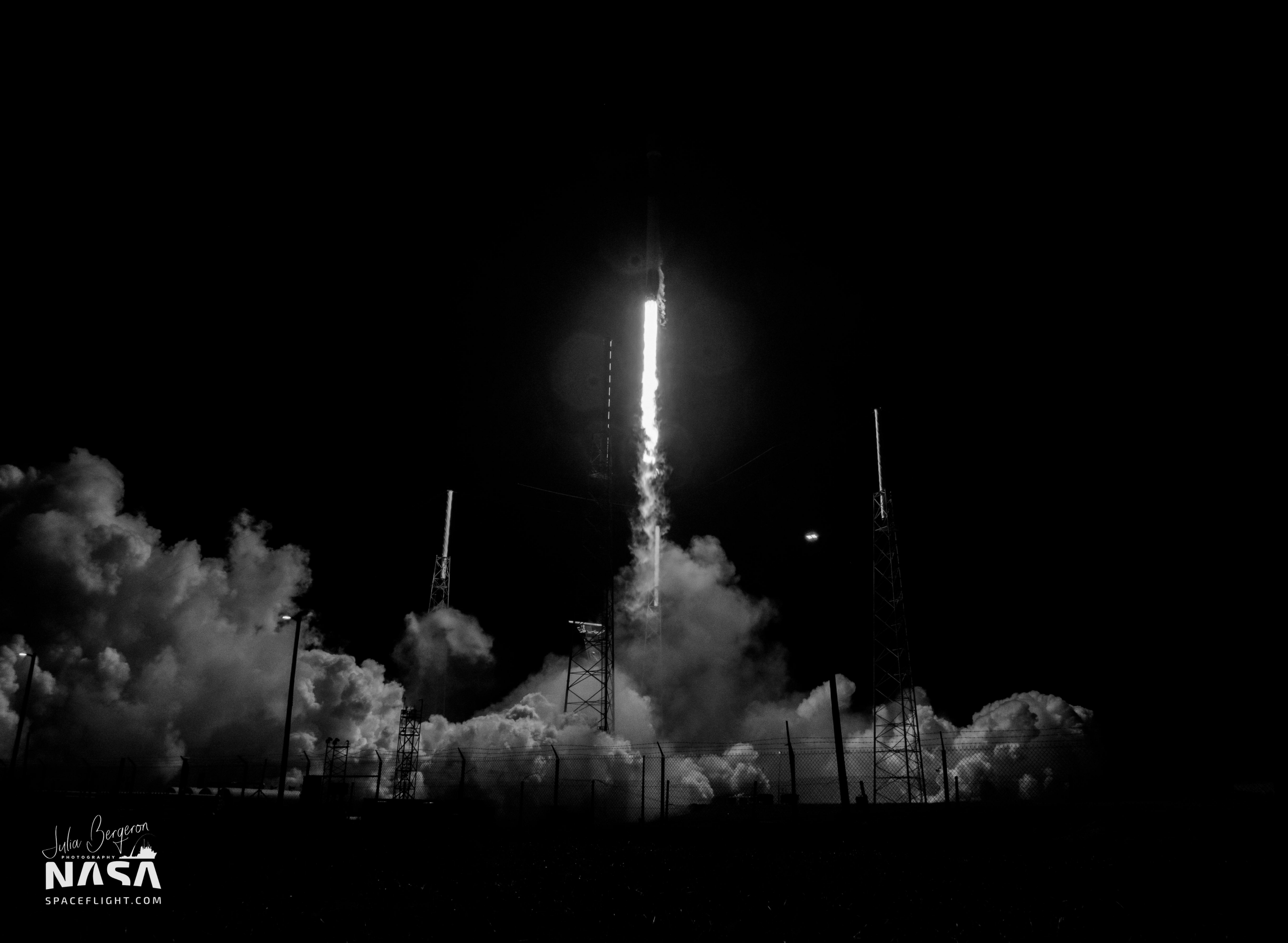 GPS-III-SV05 weighs approximately 4,331 kilograms, the same as GPS-III-SV03 and GPS-III-SV04. Every GPS-III satellite is equipped with a single LEROS-1 apogee propulsion system as well as twin solar arrays for electrical power.

The navigation payload for the satellite is provided by L3Harris Technologies. Both GPS-III and GPS-III Follow-On will have a lifetime of 15+ years.

GPS-III-SV05 was completed during Q1 of 2021 at the Lockheed Martin A2100 production facility in Waterton, Colorado. On April 6, it was transported to Florida by a C-17 Globemaster transport aircraft. There it was taken to the Astrotech Space Operations facility to begin final preparations, which included final testing and fueling of the satellite.

After fueling, the satellite was then encapsulated inside Falcon 9’s 5.2 meter diameter payload fairing.

As the countdown clock reached T0, Falcon 9 lifted off and began pitching downrange towards the northeast, targeting a 55 degree inclined orbit.

Liftoff of Falcon 9 delivering #GPSIIISV05 to orbit. It was a beautiful day for a launch (and landing) after several days of rain on the coast.@NASASpaceflight mission recap:https://t.co/wpolxu6ixA pic.twitter.com/I3Lb3ounsR

Falcon 9’s payload fairings then separated at T+3:47, exposing GPS-III SV05 to space. The second stage’s Merlin vacuum engine then shut down at T+8:07, placing the satellite into a parking orbit.

After doing its job, booster B1062 touched down on the deck of Just Read the Instructions roughly 8 minutes and 30 seconds after launch.

At T+1:03:35, the second stage ignited for a second and final time to place the payload into a Medium Earth transfer orbit. GPS-III-SV05 was then deployed at T+1:29:20 and will eventually use its own propulsion to circularize its orbit.

SpaceX has one more mission planned for June, Falcon 9 B1060-8 launching from SLC-40 with the Transporter-2 rideshare mission. Meanwhile, the drone ship Of Course I Still Love You is currently en route to the west coast via the Panama Canal to support a launch manifest at Vandenberg Space Force Base in California.