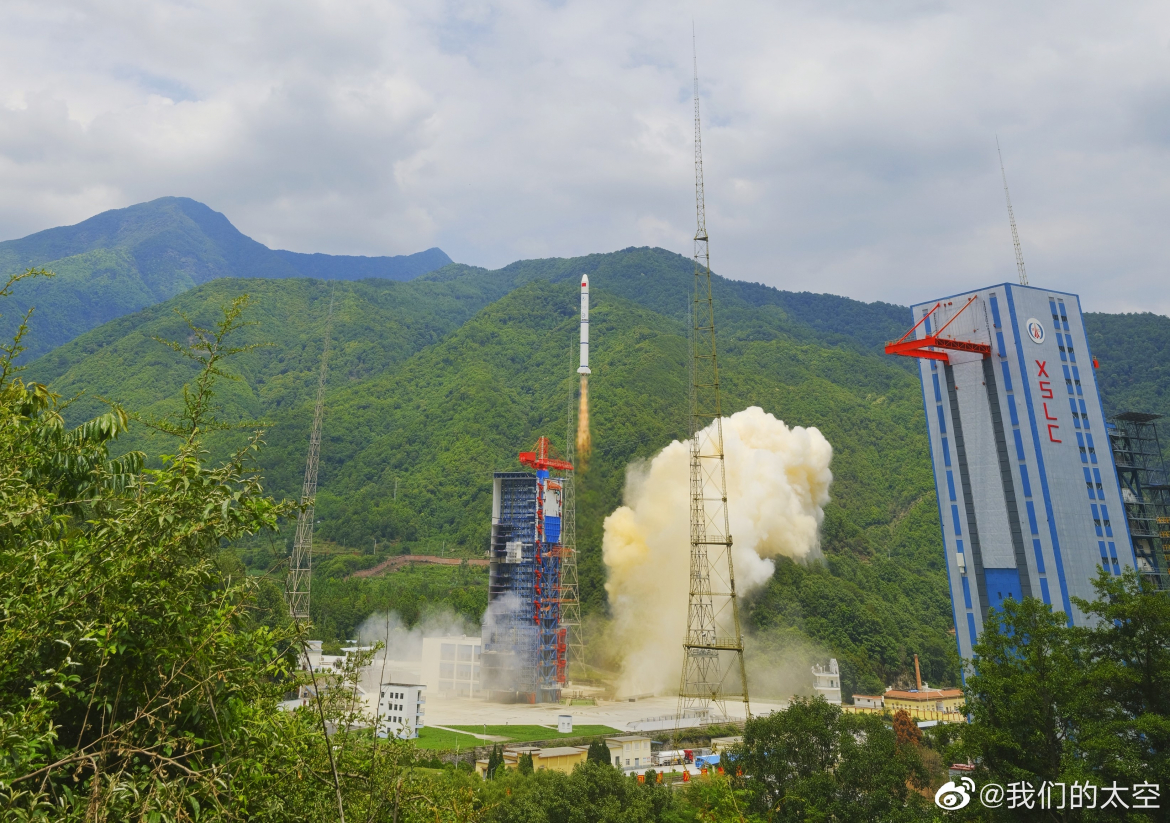 China has successfully launched a Chang Zheng 2C (also known as the Long March 2C) from the Xichang Satellite Launch Center with three new Yaogan-30 satellites on June 18 at 06:30 UTC / 14:30 local time at the launch site from LC-3 after a 24 hour delay due to weather.

The launch of Yaogan-30 Group 9 comes less than a day after the launch of Shenzhou-12 from LA-4 at the Jiuquan Satellite Launch Center which carried Chinese taikonauts Nie Haisheng, Liu Boming, and Tang Hongbo to orbit for a rendezvous with the Chinese Tianhe core module.

The Xichang Satellite Launch Center is located in Sichuan Province and is one of four land launch sites in China, which include Wenchang, Taiyuan, and Jiuquan as well. China has also used a converted barge to launch two CZ-11s from the Yellow Sea.

Xichang entered operations in 1984 as a civilian, military, and scientific spaceport. It has two launch complexes, -2 and -3 (with -1 never having been built; it is now used as a viewing location).

Unlike launches from the Wenchang Satellite Launch Center, which move harmlessly out over the sea from Hainan Island, flights from Xichang overfly land — dropping spent stages on inland areas.

After clearing the coast over southeastern China, the CZ-2C then passed just south of the southern tip of Taiwan. This launch trajectory was similar to two other CZ-2C launches, both belonging to Yaogan-30 launches of Group 3 on December 25, 2017 and Group 4 on January 25, 2018.

This group of Yaogan-30s was the ninth trio of such satellites to be launch. The Yaogan constellation is claimed by Chinese media to be for scientific purposes; however, most other nations say the satellites are military intelligence platforms given similarities to the Naval Ocean Surveillance System, or NOSS, used by the U.S. Navy.

In addition to the three Yaogans, an additional rideshare payload was onboard: Tianqi-14 for Beijing Guodian Gaoke Technogloy Co, Ltd.

The next launch of Yaogan satellites, Group 10 is scheduled for no earlier than July. The launch will also occur from Xichang on a CZ-2C.

The Chang Zheng-2C is a variant of the CZ-2 family of launch vehicles that also includes the CZ-2F which currently launches China’s human space missions.

The CZ-2 rocket family is based on the Dongfeng-5 intercontinental ballistic missile. The Dongfeng-5 ICBM made its first launch on September 10, 1971, but the launch was only partially successful. 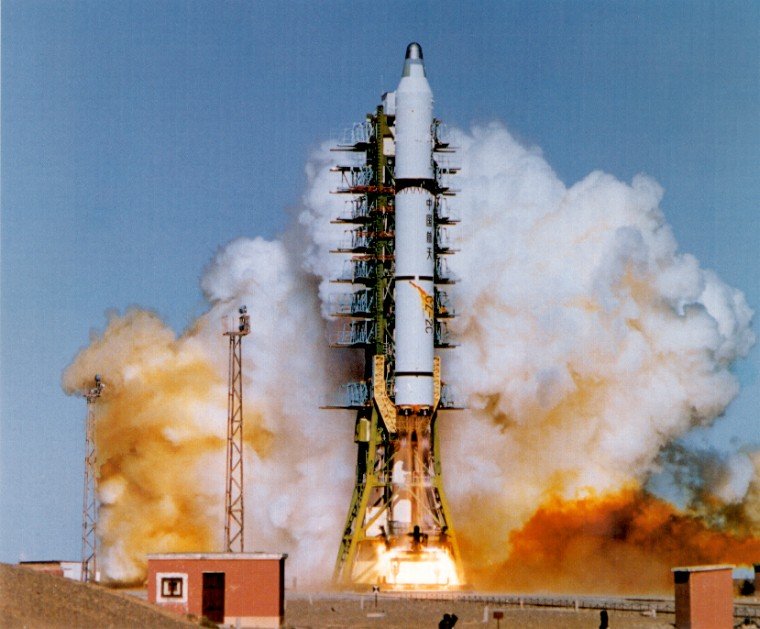 An early launch of a Chang Zheng/Long March-2C. Credit: Globalsecurity.org.

The debut of the CZ-2 occurred November 5, 1974 with a CZ-2A variant from LC-2 at China’s Jiuquan Satellite Launch Center. The subsequent variant, the CZ-2C launched for the first time on September 9, 1982 also from Jiuquan.

The CZ-2C has two stages, with an optional third stage. The first stage consists of four YF-20 engines. The YF-20 runs on Dinitrogen tetroxide (N2O4) and Unsymmetrical dimethylhydrazine (UDMH) — which are highly toxic hypergolic propellants that burn on contact.

This stage is — depending on a flight’s trajectory — sometimes dropped on or near populated villages and roadways, creating potential deadly situations for Chinese citizens living downrange from the launch site at Xichang.

The second stage of the CZ-2C has a YF-24E, which consists of a single YF-22E engine paired with four YF-23C vernier engines. Like the YF-20, the YF-24E runs on UDMH and N2O4 hypergolic propellants.

Not all Chinese launch vehicles use hypergolic fuels; the CZ-5 and CZ-7 rocket families utilize liquid hydrogen and liquid oxygen.

In addition to launching domestic payloads from China, the CZ-2C has launched payloads for Iridium in the past. Between 1997 and 2002, Iridium launched their first generation constellation to orbit. Numerous launch vehicles were used, including the Delta II, Rokot, Proton-K and the CZ-2C. 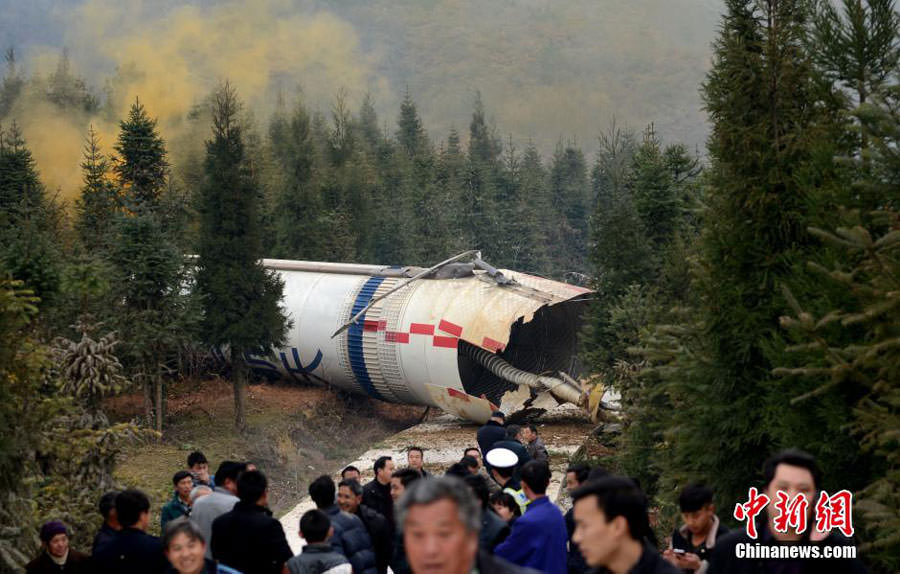 A spent Chinese rocket stage (from a previous mission) after it crashed into the ground near populated areas.

The first CZ-2C launch for Iridium occurred on September 1, 1997 from the Taiyuan Satellite Launch Center, which carried two satellites, named Iridium-MFS 1 and Iridium-MFS 2. These satellites were mass simulators for future Iridium launches on the CZ-2C.

This launch was followed by another CZ-2C mission from Taiyuan on December 8, 1997, which launched Iridium 42 and Iridium 44. In total, the CZ-2C launched six times and deployed a total of 12 Iridium spacecraft for the constellation.

With the Yaogan 30 Group 9 mission, CZ-2C has completed at least 56 flights (there is a potential discrepancy in the rocket’s total number of missions due to China state secrecy surrounding six flights that might have been flown by the vehicle), with all but one being successful.

Of the six flights which may be credited to the rocket, five are understood to have been successful with one failure, which could bring the rocket’s total performance figures to 62 missions with two failures.