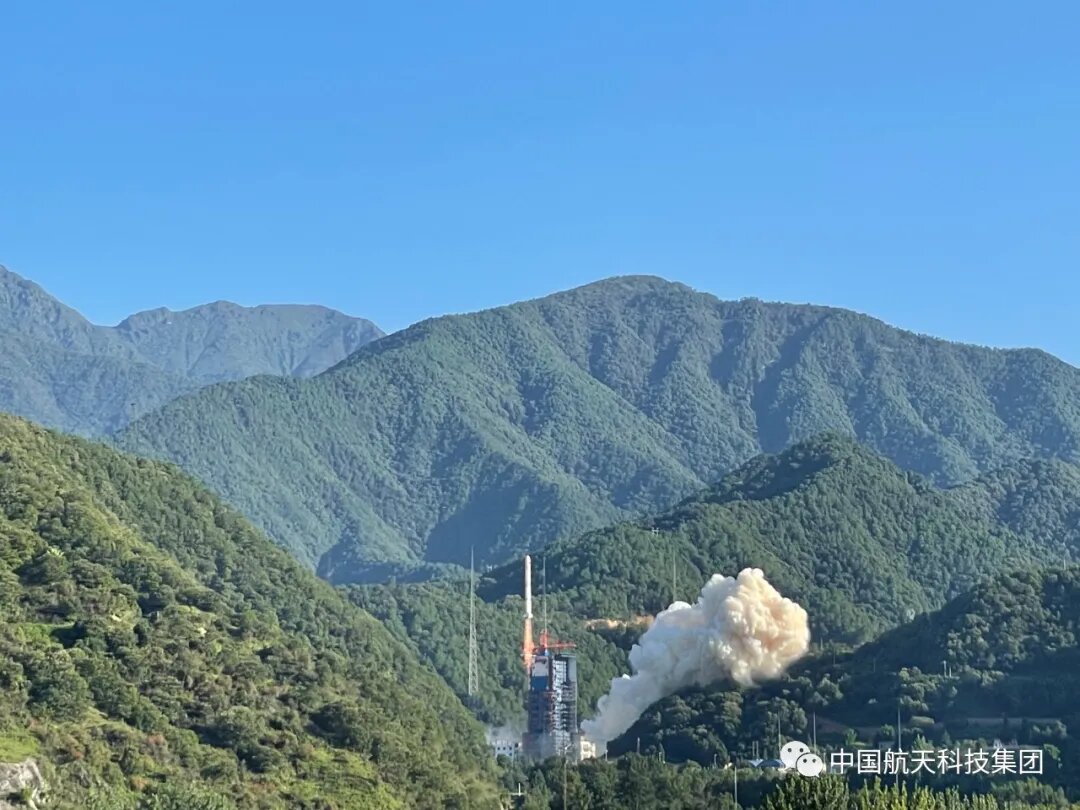 In addition to successfully delivering the satellites to orbit, the launch also included an experimental attempt to recover the rocket’s payload fairings.

The previous launch of Yaogan-30 satellites, known as Yaogan-30 Group 09, occurred on June 18, on another Chang Zheng 2C  from Xichang’s LC-3.

The launch vehicle is known as the Chang Zheng 2C (CZ-2C) in China, and as the Long March 2C internationally. The Chang Zheng 2 family of rockets was developed originally from the Dongfeng-5 intercontinental ballistic missile.

The launch was the third of the Long March 2C so far in 2021, and the 24th Chinese launch of the year. 23 of these launches have been operated by CASC.

The Xichang Satellite Launch Center is located in the Liangshan Yi Autonomous Prefecture in Sichuan Province. The site is located around 60 kilometers northwest of the city of Xichang. 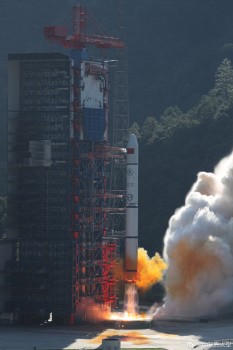 The area surrounding the spaceport is mountainous, similar to the Taiyuan Satellite Launch Center.

China’s newer launch sites include the Wenchang Satellite Launch Center on Hainan Island and the option of a sea-based launch on a barge in the Yellow sea.

Another pad, Launch Complex-1, was originally planned to be built for a Chinese crewed spacecraft called Shuguang-1, which would have launched on a CZ-2 rocket. The spacecraft had a resemblance to the American Gemini spacecraft. The project was cancelled and construction on LC-1 was cancelled in 1972. A viewing platform now stands on the site of LC-1.

Xichang is also the host to Chinese military launches. The launch site is under the authority of the People’s Liberation Army’s 27th Test and Training Base.

On Jan 11, 2007, China carried out a successful anti-satellite or ASAT test from Xichang. This test used a modified Dongfeng-21 medium-range ballistic missile, called the SC-19. This kinetic-energy weapon intercepted the aging Chinese Fengyun-1C weather satellite, destroying the satellite. The test caused the satellite to fragment into hundreds and potentially thousands of pieces of space debris.

It is thought that the Yaogan-30 satellites and constellation are designed for military intelligence like SIGINT, similar to the American Naval Ocean Surveillance System, known as NOSS, used by the U.S. Navy.

Like the last launch in this constellation, Yaogan-30 Group 9, the mission carried a rideshare payload, the Tianqi-15 satellite. This payload was launched for the Beijing Guodian Gaoke Technology Co.

The Tianqi-15 satellite is an internet of things (IoT) data relay satellite.

For pre-launch preparations for the Yaogan-30 Group 10 mission, the first stage of the CZ-2C rocket was the first to arrive at LC-3. The stage was then raised off of the transport carrier and then was verticated and integrated with the launch mount.

The second stage then arrived and was raised and integrated with the first stage.

In order to support an experimental recovery attempt, the payload fairings for the mission were strengthened based on data from previous fairing recovery attempts. For the first time, these fairings were designed to open their parachutes at a high altitude.

The fairings also had an improved electrical system for their parachute hardware. These recovery technologies on the fairings are being tested to improve control of debris landing inland on potentially populated areas.

The fairings had a noticeable blue tarp during integration and just prior to launch. 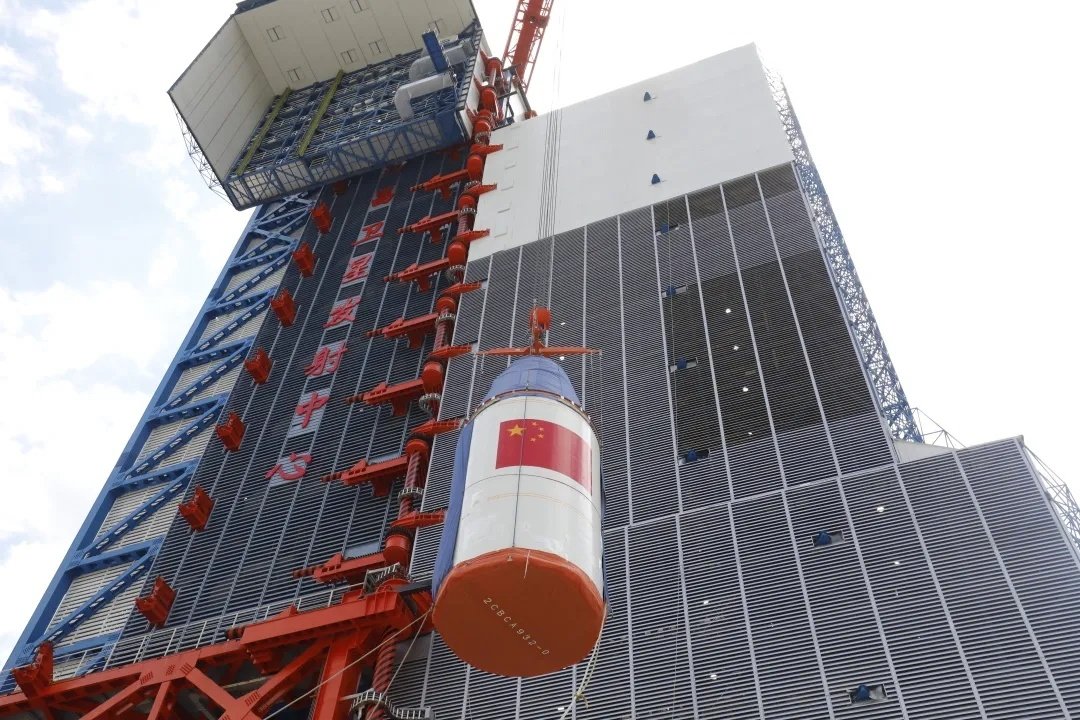 At T-0, the four YF-20 engines on the first stage ignited, and the CZ-2C lifted off from LC-3 in Xichang. The YF-20 engines run on dinitrogen tetroxide (N2O4) and unsymmetrical dimethylhydrazine (UDMH), hypergolic propellants which are extremely toxic to humans.

As the vehicle ascended, the rocket pitched downrange on the proper launch azimuth. The CZ-2C passed over communities in Sichuan, northeastern Yunnan, and Guizhou provinces.

Then, the second stage separated from the first stage and subsequently ignited its YF-24E engine. The YF-24E also runs on N2O4 and UDMH. The engine’s four Vernier engines are known as the YF-23C. The center main engine is known as the YF-22E.

The first stage impacted the ground in Guizhou province. Only launches from the Wenchang Satellite Launch Center and those out at sea on a barge do not overfly populated areas inland.

The stage and the payloads then continued to ascend over the South China Sea. Later, the payloads were successfully deployed into low Earth orbit.