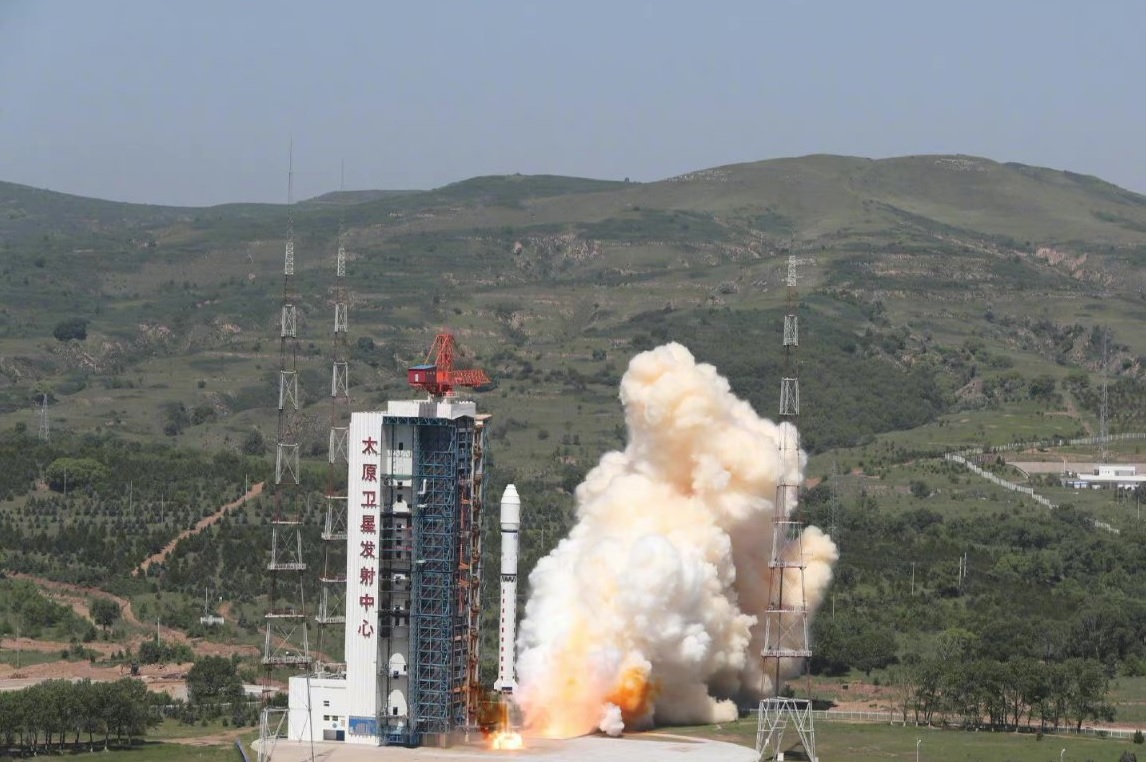 At 02:51 UTC, or 10:51 AM Beijing time on Saturday, July 3, the China Aerospace Science and Technology Corporation (CASC) successfully launched a Chang Zheng 2D rocket from LC-9 at the Taiyuan Satellite Launch Center, carrying five satellites into Sun Synchronous Orbit. The launch is the beginning of what is expected to be a busy launch period for the Chinese space program.

The Chang Zheng 2D (CZ-2D) rocket for this mission launched from LC-9, under the power of four YF-21C engines. These engines run on unsymmetrical dimethylhydrazine (UDMH) and dinitrogen tetroxide (N2O4), which are toxic, hypergolic fuels.

The CZ-2D flew on a trajectory taking it south of Taiyuan over the rest of Shanxi, western Henan and Shaanxi provinces. The first stage landed in an area in extreme eastern Shaanxi Province.

After the separation of the first stage, the second stage took over the ascent with one single YF-24C, which also runs on UDMH and N2O4. The YF-24C is made up of a single YF-22C and four vernier engines for attitude control.

The second stage of the CZ-2D then continued following a polar launch trajectory, flying over western Hubei, Hunan and Guangxi provinces. All Chinese land-based launches overfly inland areas in China and frequently drop spent rocket stages over land, except for those out of the newer Wenchang launch site, which allows launches over the ocean. 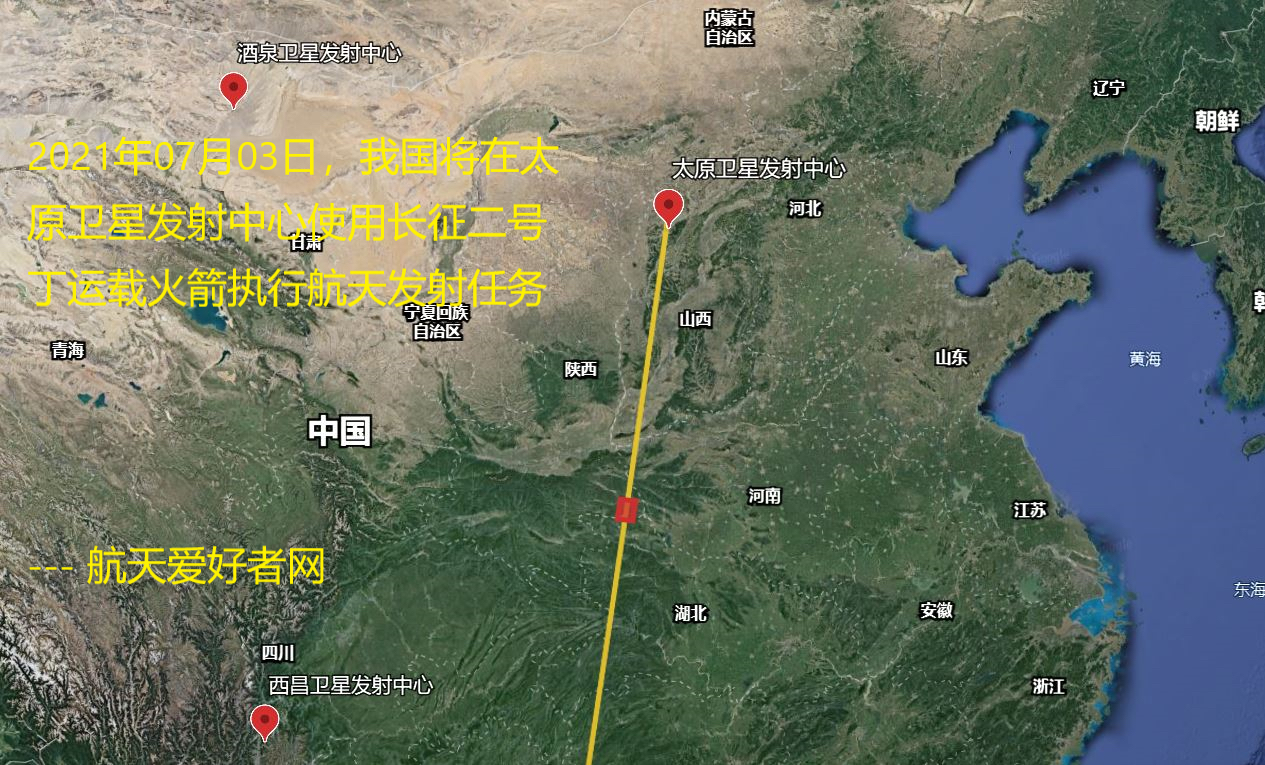 The Chang Zheng 2D is known as the Long March 2D internationally. This launch was the 53rd mission for the CZ-2D.

After the launch, the Taiyuan Satellite Launch Center reported that this launch was the 376th flight of the Long March series of rockets.

The CZ-2D first launched on Aug 9, 1992 carrying the FSW-2-01 Chinese reconnaissance satellite into orbit. The development on the CZ-2D began two years prior to the first flight.

The Fanhui Shi Weixing-2 (FSW-2) series of reconnaissance satellites were very similar to the American Corona satellites, operated by the CIA, as they had film which was recoverable.

The Taiyuan Satellite Launch Center is a Chinese launch facility located in Shanxi Province, which is in northeastern China. The launch center is located in the Luliang mountains.

The complex is located 284 kilometers northwest of the city of Taiyuan. The center is also known by American intelligence as the Wuzhai Missile and Space Center.

The site is one of four land-based launch sites in China including those in Wenchang, Xichang, and Jiuquan.

The launch site was not partially declassified until the late 1980s.

In Sept 1988, China launched its first meteorological satellite, Fengyan-1A on a CZ-4 from Taiyuan.

LC-7 is the oldest launch complex at Taiyuan for Long March launches. It was deemed operational in 1979 and had a renovation in 2008 to modernize the complex. In the past, the pad has launched both CZ-2 and CZ-4 rockets.

LC-9 was deemed to be operational in 2008. The complex shares similarities to LC-7 with a fixed launch umbilical tower and with the capability to launch CZ-2 and CZ-4 rockets. In this case it launched a CZ-2D.

LC-16 is the newest pad at the Taiyuan Satellite Launch Center. The site was built around 2014 for the CZ-6 rocket. LC-16 is different from both LC-7 and LC-9 as it does not have an umbilical tower and instead uses a system similar to a transport erector, like those used by the American Falcon and Electron vehicles. 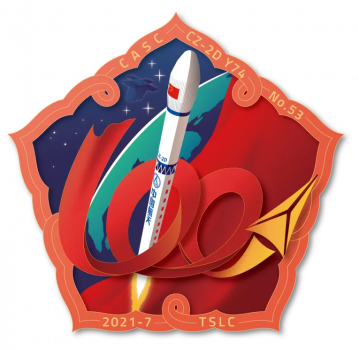 The mission patch for Saturday’s launch

Both the single Kuanfu-01B satellite and the three Gaofen-03D satellites are to be a part of the Jilin-1 constellation and are owned and operated by the Chang Guang Satellite Technology Company.

The Jilin-1 Kuanfu-01B (Wideband-01B) satellite is designed for Earth observation. It features four solar arrays and a high resolution telephoto camera which has a wide field of view. The first launch of this type of satellite, the Jilin-1 Kuanfu-01, launched on Jan 15, 2020, also on a CZ-2D from Taiyuan.

The three Jilin-1 Gaofen-03D (High Resolution-03D) satellites are also built for Earth observation. They have an imaging system on board which has a narrow field of view. The first launch of the Gaofen-03 type of satellite, the Gaofen-03A, launched on June 5, 2019 from the Tai Rui barge out in the Yellow Sea on a CZ-11H rocket.

Also on board was the Xingshidai-10 (New Era-10) satellite which is a small size imaging satellite. The satellite is from Chinese small satellite company ADAspace.