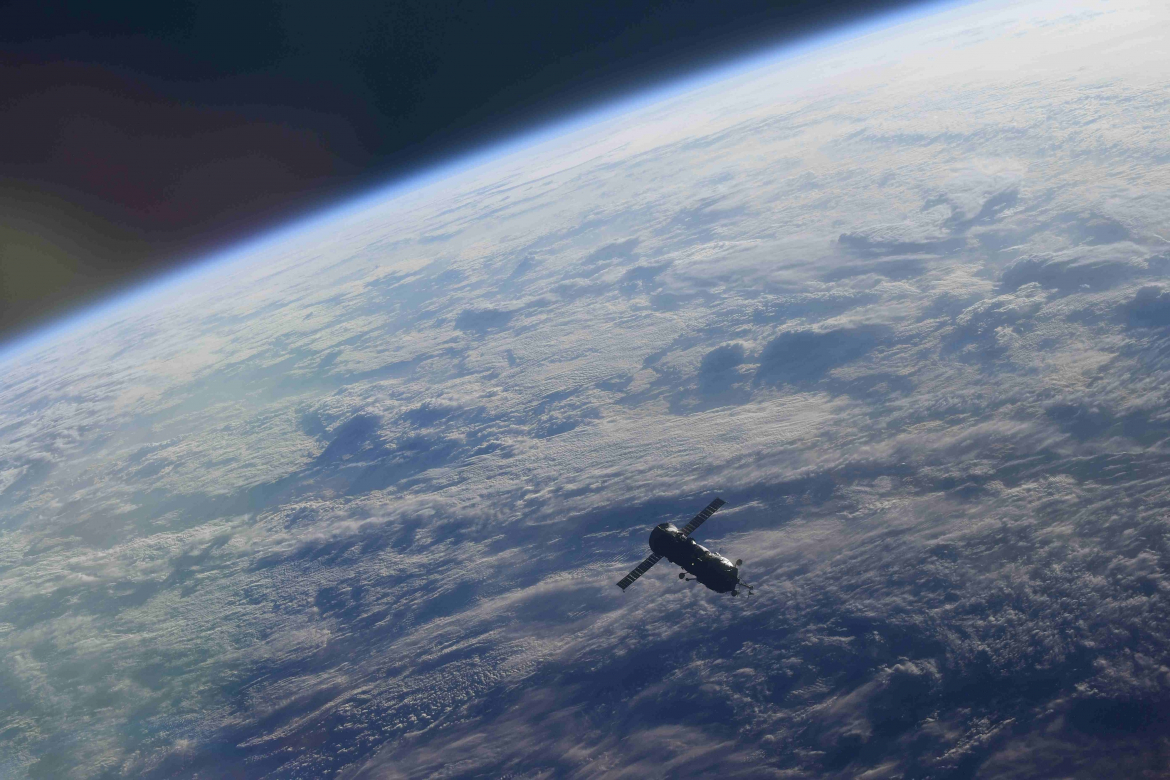 After nearly 20 years in orbit serving as a docking port and airlock for the Russian segment of the International Space Station (ISS), the Pirs module — also called Stykovochny Otsek 1, or Docking Compartment 1 (DC-1) — has become the first habitable element of the station to be decommissioned and permanently removed from the orbital complex.

Pirs’ time at the ISS came to a close after the successful launch of the Nauka multipurpose laboratory module which, after some initial issues post-launch, is on its way to a docking on Thursday, July 29.

Pirs, meaning “pier,” traces its origins back to the Mir-2 space station — which was itself a Soviet project that’s design began in 1976.  Mir-2’s long and troubled history would eventually find it in the early 1990s where major design changes to launch its various modules via the Buran space shuttle were underway.

Following the collapse of the Soviet Union in December 1991, Mir-2 emerged the following year as a four-module station — including a Docking Module, which would become Pirs.  In 1993, Mir-2 officially merged with the long-delayed NASA/European/Japanese/Canadian space station Freedom project to become the building blocks of the International Space Station. 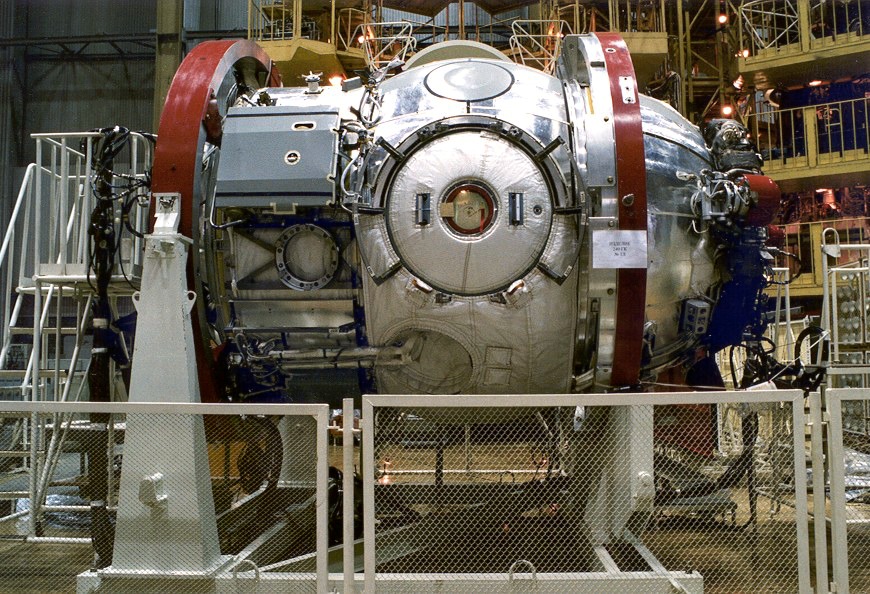 Pirs, seen in final assembly and checkout prior to launch in 2001. (Credit: Roscomos/NASA)

At the time of the ISS’s inception, Pirs was meant to be a temporary addition to solve an immediate issue of a lack of docking locations on the Russian side.  The main nadir and zenith ports on the Zvezda service module were designed for the larger, main modules Russia originally planned.

They were not meant for Soyuz and Progress dockings, significantly limiting and complicating resupply and crew mission scheduling.  Pirs would help alleviate that issue by adding a third Soyuz/Progress docking port by attaching itself to Zvezda’s nadir port.

Following the successful launches of the Zarya control module and the Zvezda service module, Pirs was launched on September 14, 2001 at 23:34:55 UTC atop a Soyuz-U booster from the Baikonur Cosmodrome in Kazakhstan.

After being placed in an initial parking orbit, a modified Progress power and propulsion section attached to the base of Pirs deployed its solar arrays and began maneuvering the module up to the ISS’s orbital altitude following a two-day rendezvous profile.

Pirs successfully performed an automated docking to Zvezda nadir at 01:05 UTC on September 17, 2001.  The Progress power and propulsion module was disconnected from Pirs on September 26, clearing the passive Soyuz/Progress docking port.

At the time of its arrival, the original plan called for Pirs be removed and replaced in 2006 with the Universal Docking Module, a much larger and multifunctional component of the ISS.

A small video to your news feed: undocking of the #Pirs module from the International @Space_Station. pic.twitter.com/CLnaQT1oeA

Chronically underfunded, the Universal Docking Module was cancelled, as was one of two research modules to be attached to it.  In 2004, the decision was made to alter Zarya’s backup, FGB-2, into the now-launched Nauka multipurpose laboratory module with the addition of the Prichal docking node.

The plan to remove Pirs to make room for the new module was transferred to Nauka’s design.

After Pirs’ arrival at the station, three spacewalks were performed by the three-person Expedition 3 crew to finalize electrical and data connections between Pirs and Zvezda.  Two additional Strela cranes were also delivered for the module via Space Shuttles Discovery and Atlantis on the STS-96 and STS-101 missions, respectively.

Pirs itself is 4.91 meters long, 2.55 meters in diameter, has an internal habitable volume of 13 cubic meters, a mass of 3,580 kg, and was designed to allow docked Progress spacecraft to transfer fuel to Zarya’s and/or Zvezda’s propulsion systems.

The first spacecraft to dock with Pirs was the Soyuz TM-33 crewed vehicle, which relocated from the Zarya nadir port over to Pirs nadir on April 20, 2002.  Physical docking took place at 09:37 UTC that day.

The first spacewalk from Pirs took place on October 8, 2001 (as part of the module’s outfitting).  All told, Pirs supported 52 spacewalks from the Russian segment of the ISS, with its last coming on May 29, 2019. 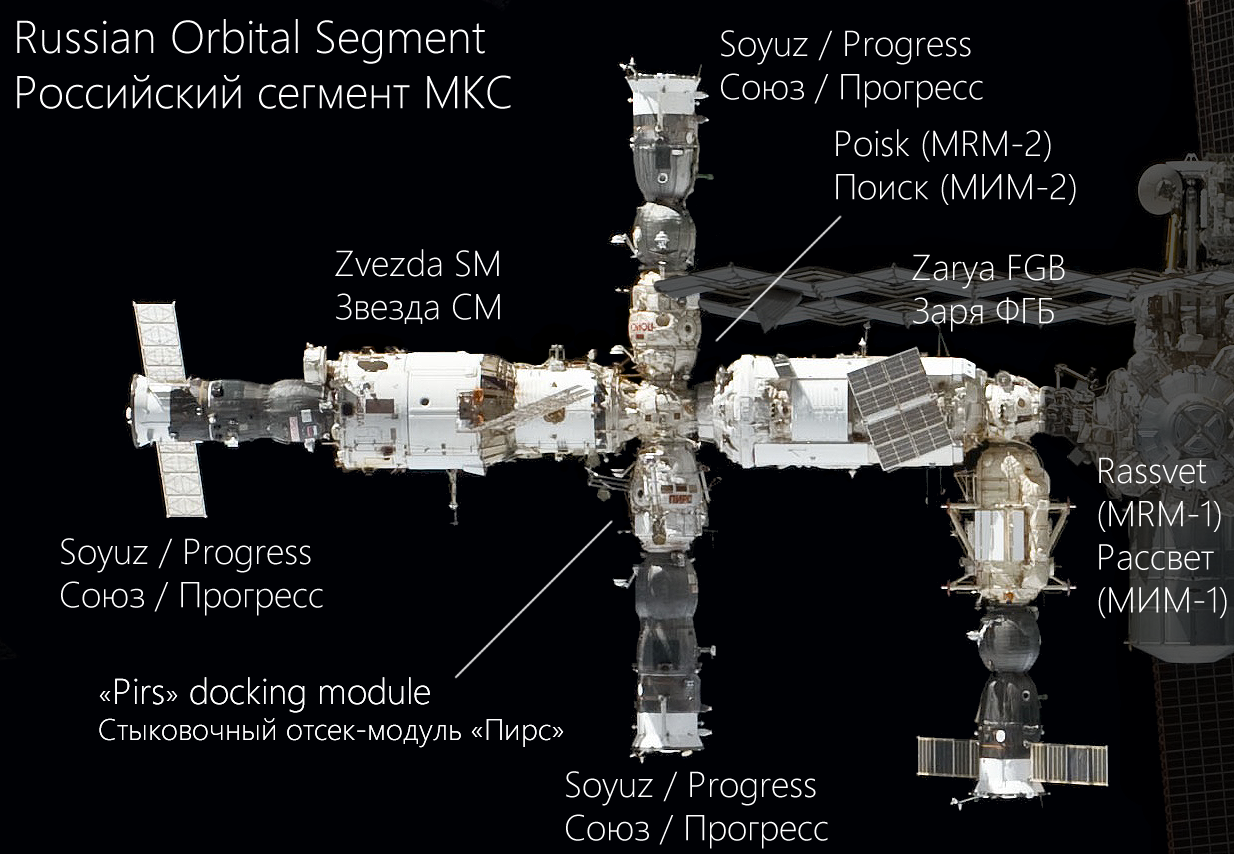 From its original five year service life, Pirs has dutifully served the ISS program for just under 20 years in orbit.

Removing part of the ISS

A series of two spacewalks in November 2020 and June 2021 to begin the process of disconnecting Pirs from the ISS saw cosmonauts reroute cables and data lines, move Strela cranes, and temporarily stow items from the module that needed to stay on exterior platforms.

On Saturday, July 24, Russian crewmembers Oleg Novitsky and Peter Dubrov closed and locked the hatches of Pirs and the Zvezda nadir ports, performing subsequent leak checks to ensure a good seal ahead of physical separation of the module.

On Monday morning, July 26, at 06:53 EDT / 10:53 UTC, commands were sent to physically remove the bolts that mated Pirs to Zvezda 20 years ago.  This three minute, automated process culminated at 06:55 EDT / 10:55 UTC with physical separation of the Pirs module from Zvezda.

That moment marked the first time a module of the International Space Station was permanently removed from the complex.

At the moment of separation, springs pushed the Pirs/Progress MS-16 vehicle away from the station.  Progress MS-16 docked with Pirs on February 17, 2021 at 06:27 UTC as part of a resupply mission with an added twist: Progress MS-16 would never undock from Pirs if all went well with Nauka’s launch. 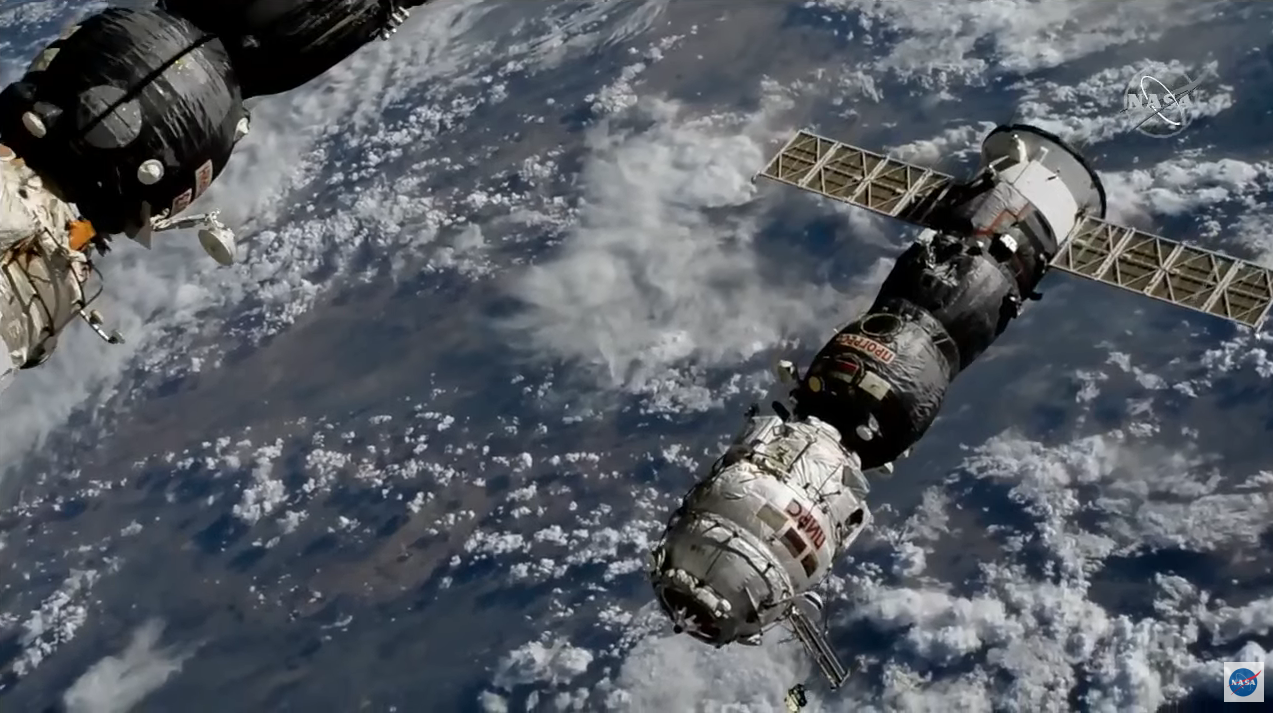 Instead, Progress MS-16 was tasked with maneuvering Pirs away from the ISS and performing the deorbit burn to destroy both crafts in the atmosphere.

After the springs pushed Pirs/Progress MS-16 away from the ISS, Progress waited 10 seconds before activating attitude control and waited until three minutes after physical separation to perform the separation burn.

This eight second maneuver imparted a 0.42 m/s velocity change and began moving the duo more quickly away from the ISS.

Exploring VERITAS, one of NASA’s new missions to Venus