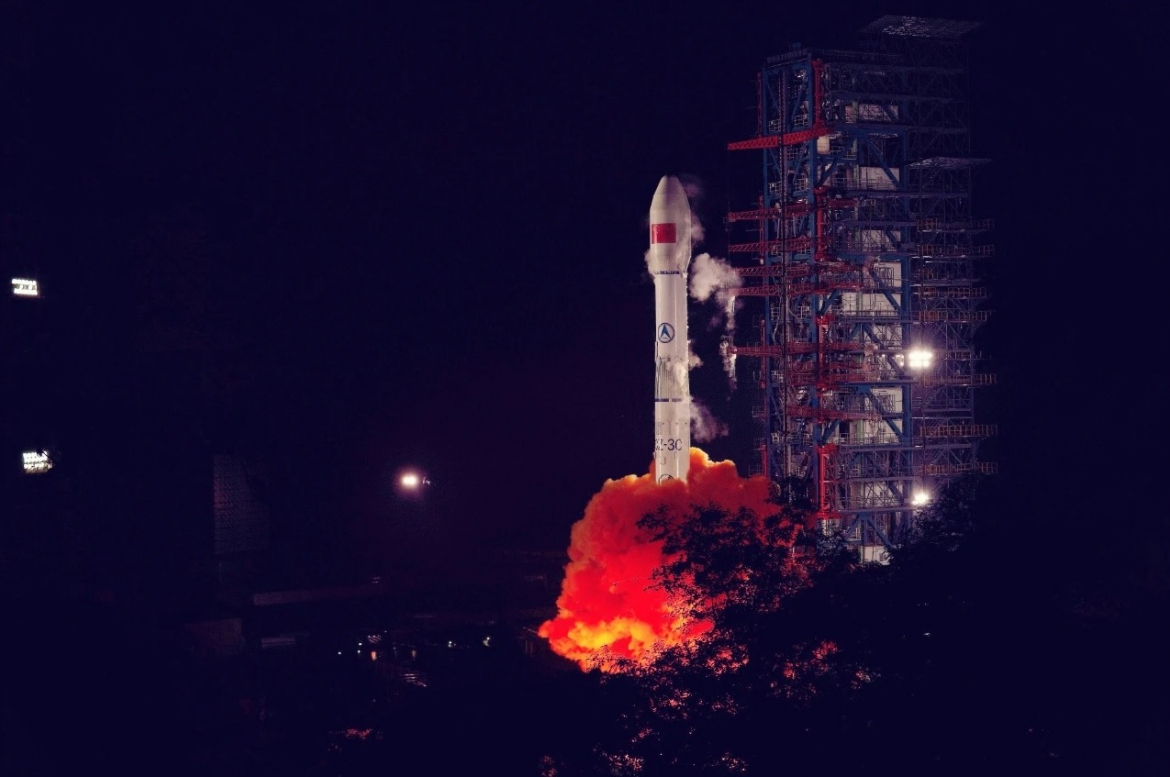 The Long March 3C/E lifted off from Launch Complex 2 at Xichang, with the rocket’s first stage providing the 2,400 kg payload with approximately 2,960 kN of trust from it’s four Y4-21C engines. An extra 740 kN of trust was provided by the twin side mounted YF-25 engine powered boosters attached to the side of the first stage.

The rocket’s second stage began it’s 185 second burn two and a half minutes into the flight. The stage’s combination of one YF-24E engine and four YF-23C vernier thrusters provided the spacecraft with around 800 kN of thrust, boosting the Tianlian satellite until the beginning of the third stage burn, which placed the spacecraft into Geostationary Transfer Orbit (GTO). 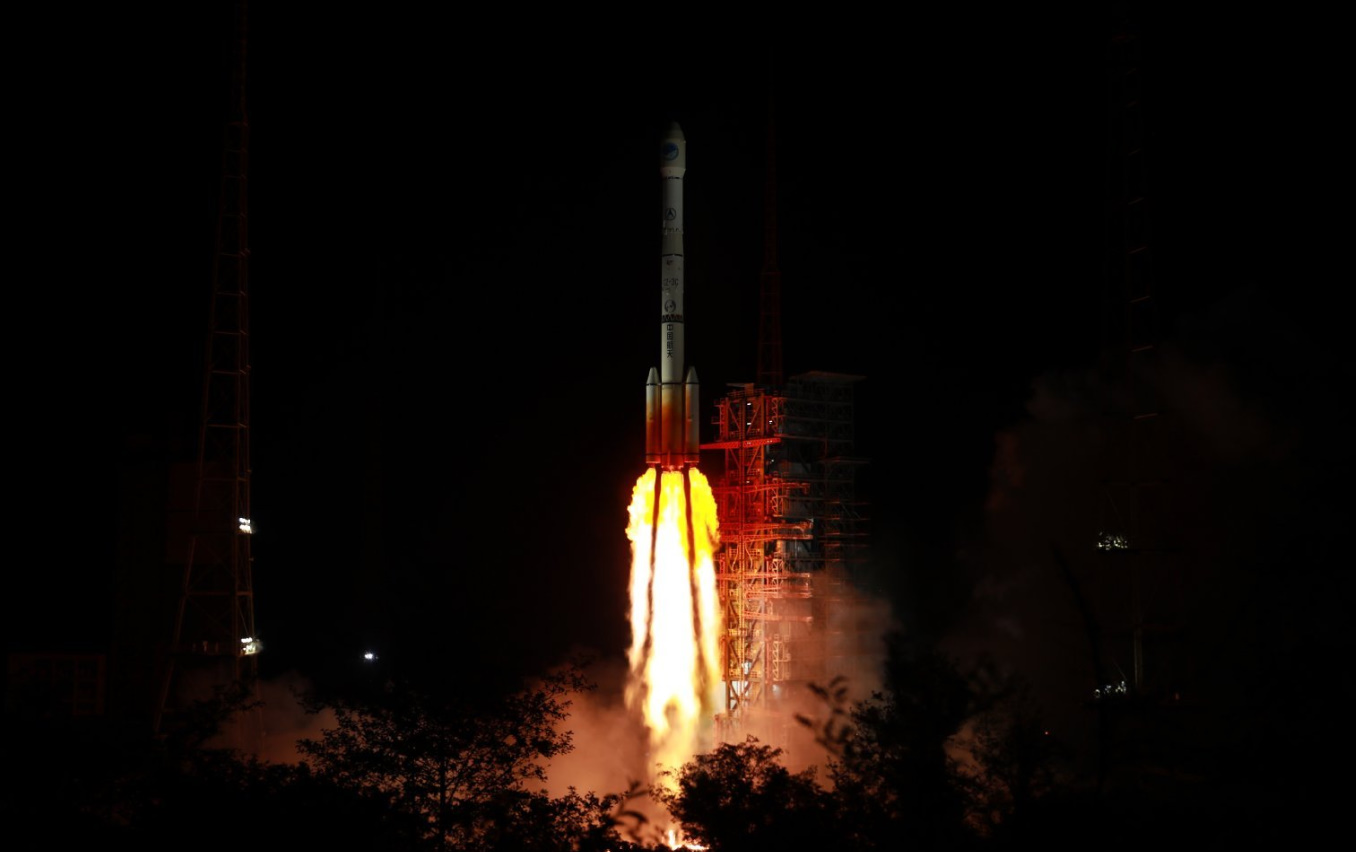 The Yuan Wang 7, a Peoples Liberation Army Strategic Support Force (PLASSF) tracking ship, has been dispatched to monitor the satellite’s journey from GTO to is final Geostationary Orbit (GEO). Yuan Wang 7’s most recent reported position was in the East China Sea south of Shanghai traveling into open waters. It is expected the vessel will be stationed in the mid-Pacific Ocean near the equator in order to best give the ship the best line of sight to the spacecraft. 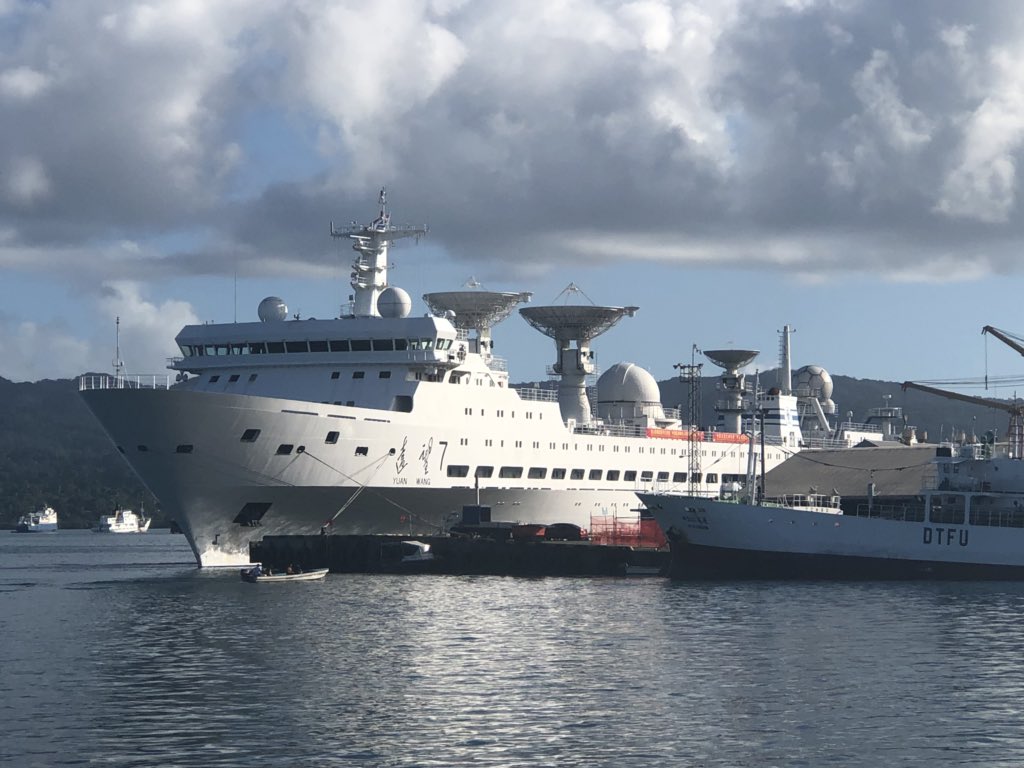 Yuan Wang 7 in Suva, Fiji during an earlier tracking mission in 2018 – via David Capie

The following year, the Tianlian constellation achieved global coverage with the launch of the third spacecraft, Tianlian 1-03, on July 25 2012. A fourth satellite, Tianlian 1-04, launched from Xichang aboard a Long March 3C/E on November 22 2016.

Tianlian 1-05, like it’s four predecessors, is based off of the Dongfanghong-3A (DFH-3A) satellite bus, which also served as the base spacecraft for the Chinese Chang’e 1 and Chang’e 2 lunar orbital missions. The Chinese space agency is also in the process of assembling a constellation of second generation Tianlian satellites, known as the Tianlian 2 constellation, which began with the launch of Tianlian 2-01 on March 31 2019. 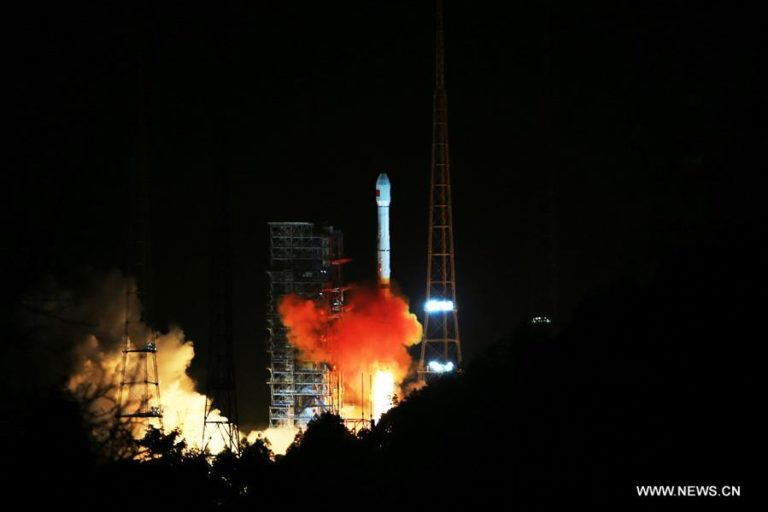 The Tianlian 2 series represents a leap in mission planning and systems management over the Tianlian 1 series, according to the CNSA, and the series will over time replace the Tianlian 1 constellation and other Chinese communications satellites. The agency has yet to confirm when the second Tianlian 2 satellite will be launched.

Currently, the Tianlian 2-01 spacecraft is working in conjunction with the Tianlian 1-03 and Tianlian 1-04 spacecraft to provide communications to and from the newly launched Chinese Space Station (CSS), which is currently being occupied by it’s first crew of three Taikonauts launched aboard China’s Shenzhou 12 mission last month.

According to the CNSA, the system has “guaranteed clear and smooth communication between ground control and Chinese astronauts in space”, although it has been reported that there is a small communications gap when the CSS passes over Southern Africa. It is possible that Tianlian 1-05 will be used to close this gap when the spacecraft becomes operational.