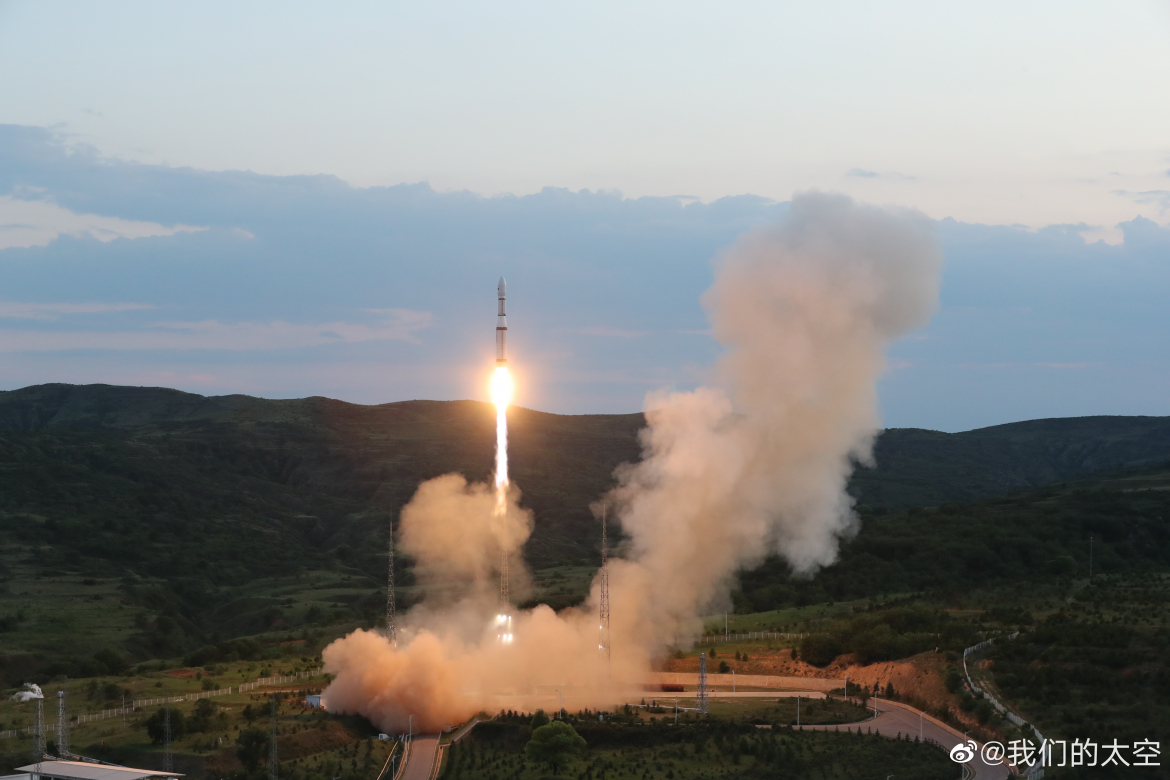 China successfully launched a Chang Zheng 6 rocket from LC-16 at the Taiyuan Satellite Launch Center at 11:59 UTC (7:59 PM Beijing time) on Friday July 9.  This launch is the sixth launch of the Chang Zheng 6 (CZ-6), also known as the Long March 6, and the 379th launch of a Long March rocket.

This is also the fourth Chinese launch in the past seven days. A CZ-2D first launched from Taiyuan on Saturday July 3 carrying five satellites. 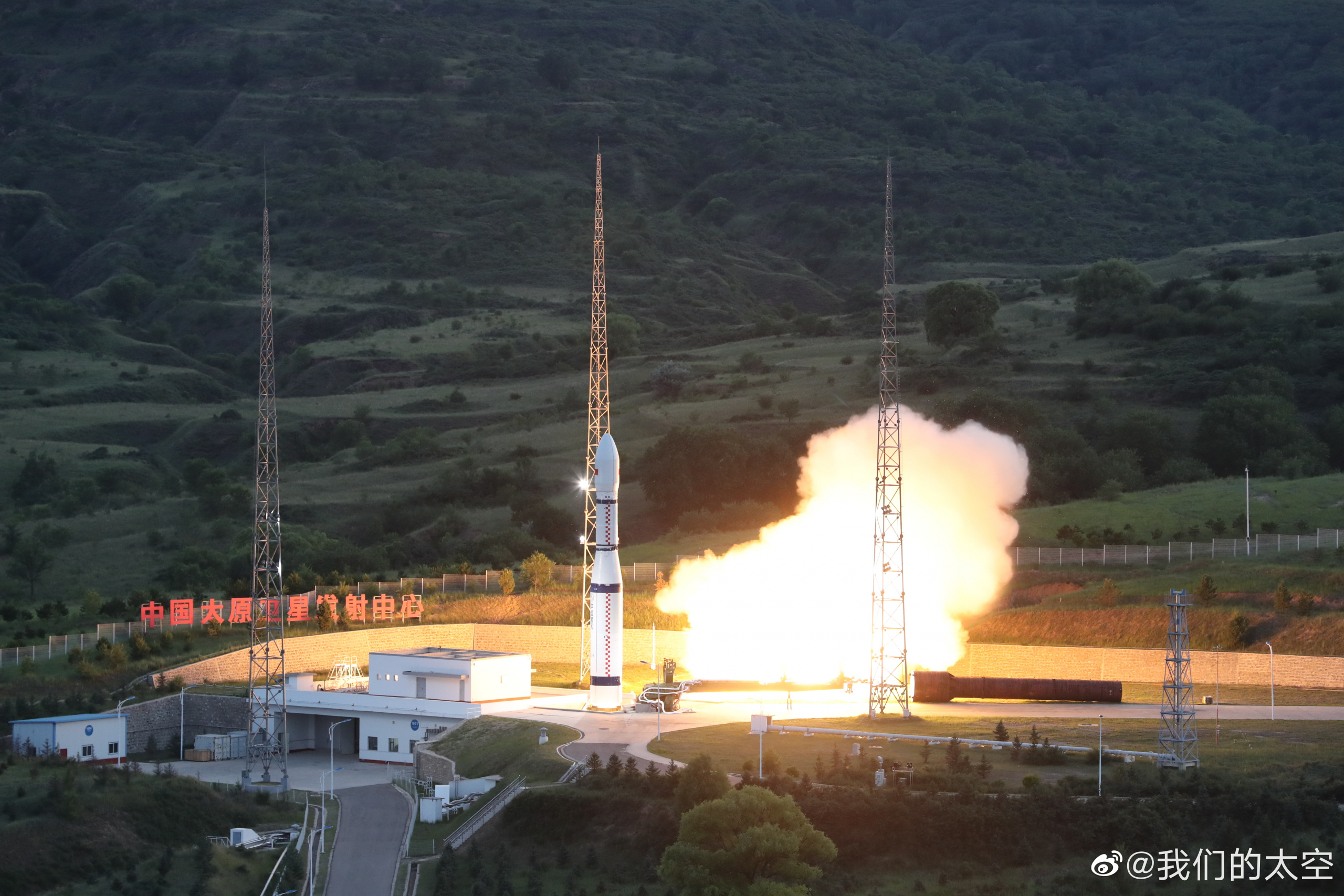 The launch site is located west of the Chinese capital of Beijing. The Taiyuan Satellite Launch Center is also located 284 kilometers northwest from the city of Taiyuan.

The CZ-6 rocket is a three stage launch vehicle which is built by the Shanghai Academy of Spaceflight Technology (SAST), which is part of the China Aerospace and Technology Corporation (CASC). SAST is also known as the eighth research institute of CASC.

Launch vehicle development started in September 2009. The CZ-6 made its debut on Sept 19, 2015. The maiden launch of the CZ-6 carried 20 satellites into Sun Synchronous Orbit.

The CZ-6 last launched on April 27, when it lofted nine satellites to Sun Synchronous Orbit. One of the satellites that launched on that rideshare mission was the Golden Bauhinia-1 earth observation satellite, named after the Bauhinia blakeana, the flower of Hong Kong.

So far, the CZ-6 has exclusively launched from Taiyuan’s LC-16 on every flight to date.

The first stage of the CZ-6 is powered by a single VF-100 rocket engine. This is the same engine that powers the four side boosters on China’s Chang Zheng 5 heavy-lift rocket. The CZ-5 last launched on April 29 carrying the Tianhe core module for the new Chinese Space Station.

This engine is also used on the four boosters and on the core stage on the Chang Zheng 7 (CZ-7). 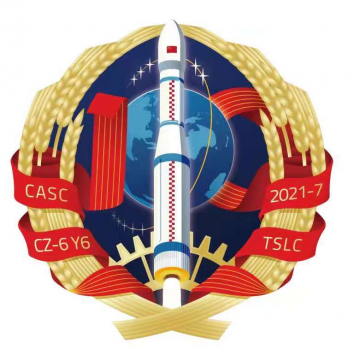 The second stage of the CZ-6 is powered by the YF-115, which also runs on LOX and RP-1. The engine is also used in the second stage on the CZ-7 rocket. This engine has a specific impulse (Isp) of 355 seconds.

The third stage on the CZ-6 is designed to maneuver for deploying payloads into individual orbits.

This launch of the Chang Zheng 6  has a new engine on the third stage, in response to mission specific requirements, although details of the new engine are not known.  In the past, the third stage has used four YF-85 engines, which run on Kerosene and Hydrogen Peroxide.

Prior to launch, the launch vehicle was assembled in a facility off-site from the launch complex. Then, the CZ-6 arrived at LC-16 on a military-style transporter. 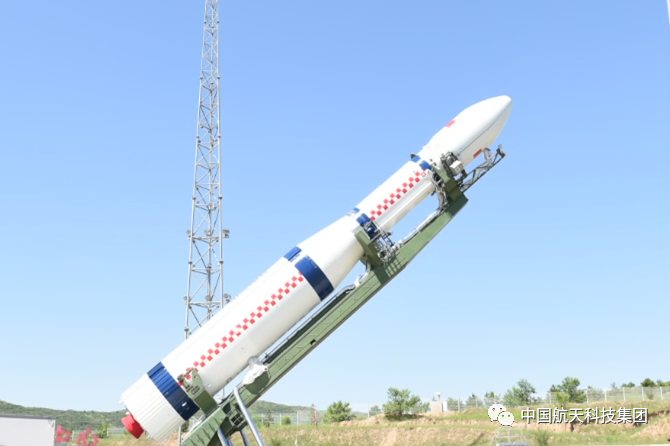 The vehicle was then raised to the vertical position on the launch mount on LC-16 using a transport erector, similar to those used by the SpaceX Falcon 9 and Falcon Heavy rockets. LC-16 is the only launch complex at Taiyuan that does not have a launch umbilical tower.

The launch vehicle was then loaded with RP-1 and LOX prior to launch.

Right after launching from LC-16, the Chang Zheng 6 carried out a roll program to put it on the proper launch azimuth for the mission’s assigned orbit.

Like other land-based launches from China, this launch overflew populated areas inland. The only land-based spaceport on the coast is the Wenchang Satellite Launch Center on Hainan Island.

The CZ-6 then ascended downrange of Taiyuan, passing over Shanxi, Hebei, and Shandong provinces. Unlike some inland Chinese launches, which have stages that land on inland areas, the first stage of the CZ-6 impacted the ocean in the Yellow Sea off the coast of Jiangsu Province.

After that, the YF-115 engine on the second stage ignited, carrying the payloads further southeast and downrange of the launch site.  The third stage later was used to deploy the Ningxia 1 satellites to their assigned orbits.

Five Ningxia 1 satellites were on board the CZ-6 rocket for the launch. This is the second launch of a group of Ningxia satellites. These satellites also go by the name of Zhongzi. 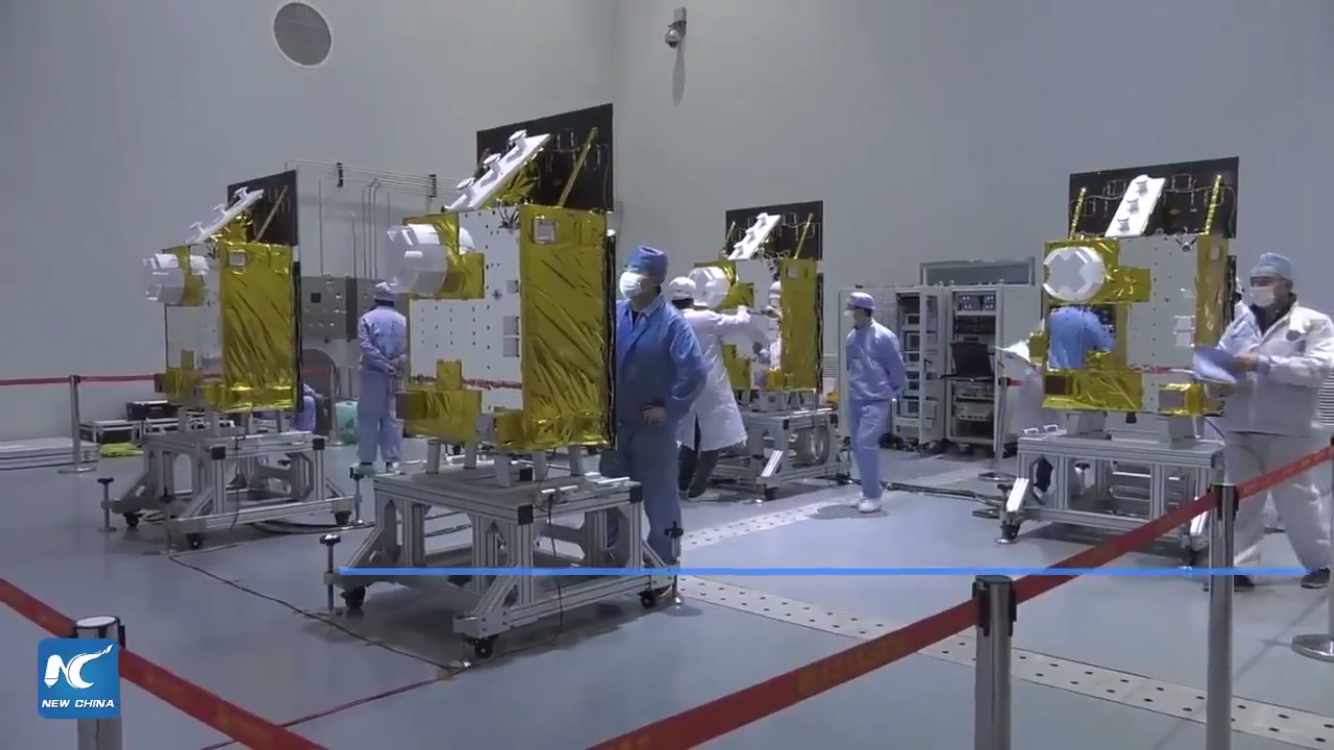 The Xingxia-1 satellites on the previous launch. Credit: New China.

The Ningxia satellites were constructed by the DFH (Dongfanghong) Satellite Company. These satellites are owned and operated by the Ningxia Jingui Information Technology Company.

These satellites are believed to be commercial remote sensing satellites, designed to monitor EM spectrum signals. The Ningxia-1 satellites form a system designed to gather intelligence from electric signals and other systems that are utilized by foreign governments or groups, or SIGNT.

These electronic signals can be used in weapons, communications, or radar systems.

With the launch of Ningxia-1 Group 2, the number of Ningxia satellites increased from five to 10.