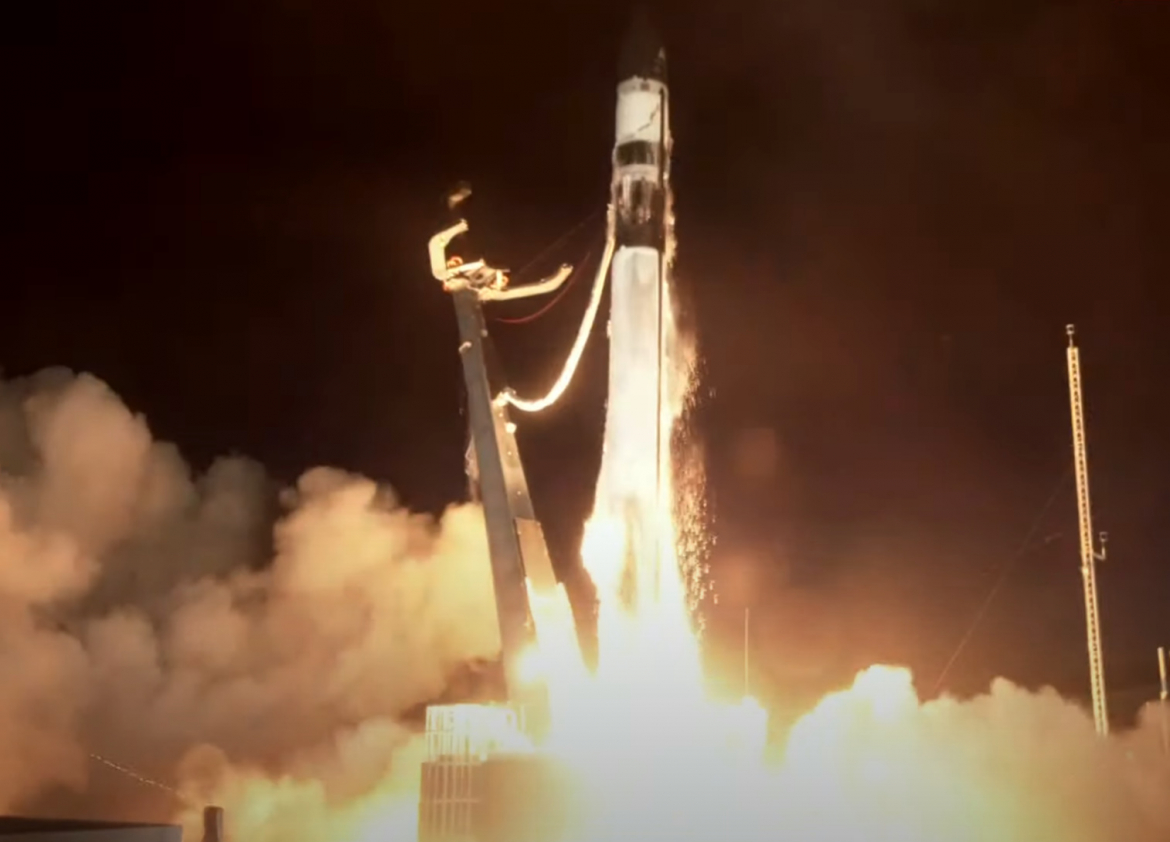 Rocket Lab conducted the 21st flight of its Electron small satellite launch vehicle, a return to flight mission following a failure over two months ago. The launch carried a satellite for the United States Space Force on a dedicated trip.

Electron launched at the opening of the launch window at 06:00 UTC Thursday.

Electron lifted-off from Rocket Lab‘s LC-1A launch site on Mahia Peninsula, located on the Eastern Coast of New Zealand’s North Island, which has been the launch site for all of Electron‘s previous launches.

This mission was originally meant to mark the first Electron launch out of Rocket Lab’s second launch site, LC-2, located on Wallops Island in Virginia, although the mission was moved to New Zealand after Rocket Lab encountered delays in obtaining certification from NASA regarding Electron’s Autonomous Flight Termination System (AFTS).

The fully integrated launch vehicle was rolled out to LC-1A on July 21, where it successfully completed a full-up wet dress rehearsal, one of the final steps taken by the Rocket Lab team and Electron prior to flight. 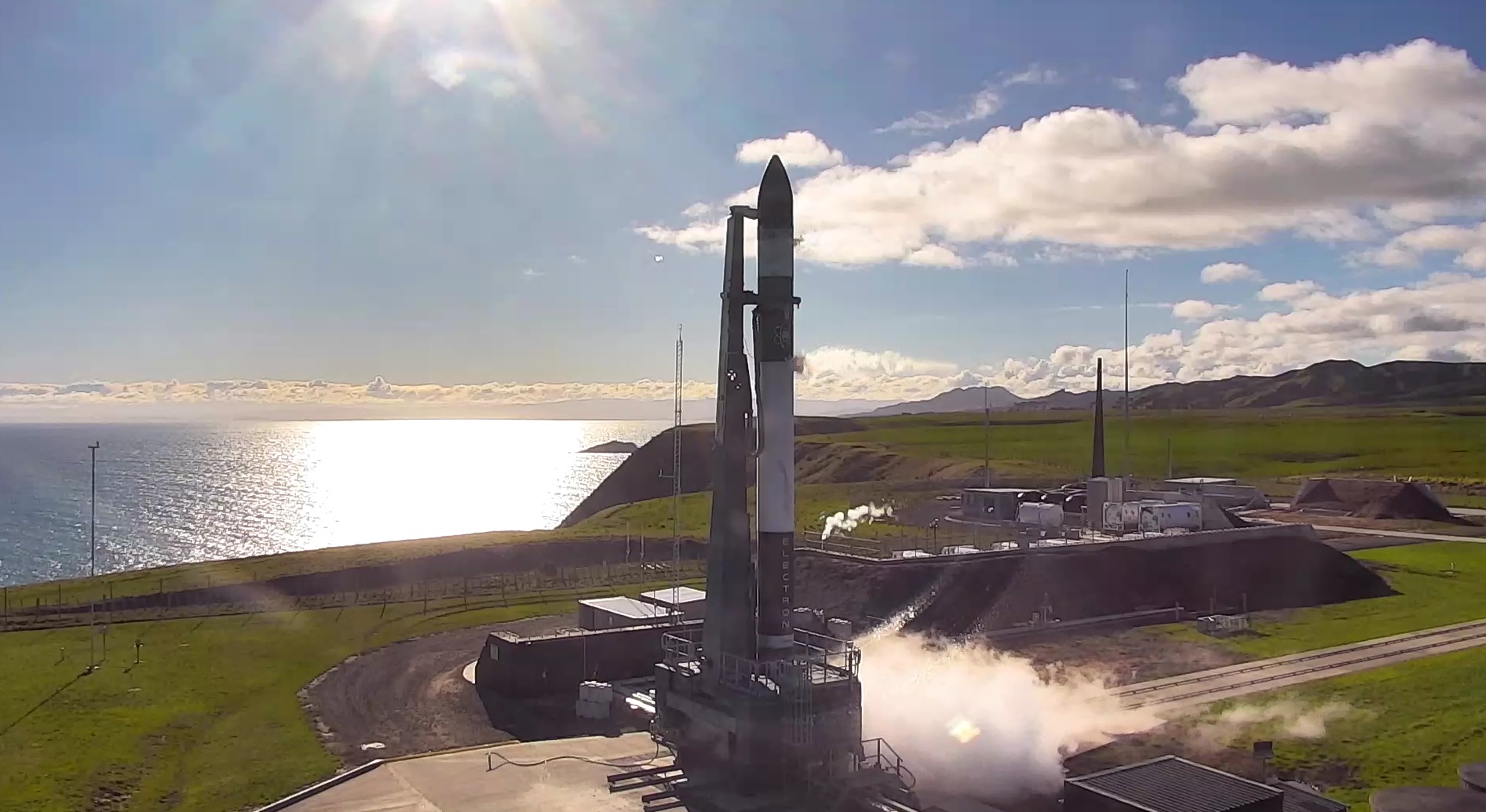 The flight marked the second payload Rocket Lab has launched for the United States Department of Defense’s Space Test Program (STP), which provides flight opportunities to US military research and development payloads. The previous STP flight launched by Electron, STP-27RD, launched aboard Electron’s sixth flight in May 2019.

Thursday’s flight was named “It’s a Little Chile Up Here” in reference to the Green Chile, a staple food of the US State of New Mexico, where the Space Test Program is based.

STP-27RM was procured by the Space Test Program and Rocket Systems Launch Program (RSLP) as part of the Department of Defense’s Rapid Agile Launch Initiative (RALI), similar to the STP-27RD mission launched aboard Electron in 2019. The US Air Force originally established RALI to reduce launch services costs and increase procurement speeds for US Military payloads.

In regular fashion for defense payloads, very little information had been released regarding the STP-27RM mission. Aside from that, it consisted of one small satellite, known as Monolith, which carries several instruments designed to investigate the ability of small satellites to support large aperture payloads to monitor space weather.

Electron’s nine first stage Rutherford engines ignited two seconds before lift off, providing the rocket with 224 kN of thrust. Once the rocket lifted off, the first stage burned for two minutes and 34 seconds, when the engines shut down, followed by first stage separation and second stage ignition.

Unlike the previous Electron flight, Rocket Lab did not attempt any kind of recovery test with Electron’s first stage.

(Tweet caption: Rocket Lab CEO Peter Beck shares a photo of the Electron first stage, which performed nominally prior to a second stage failure on the “Running Out Of Toes” mission, being successfully recovered)

The second stage’s single vacuum optimized Rutherford engine burned for just over six minutes, with second stage engine cut off (SECO) occurring at eight minutes and 46 seconds into the flight, shortly after Electron reached orbit. Over the course of this burn, Electron also jettisoned its protective fairing, which protects the payload as the rocket makes its way up through the thicker parts of the atmosphere and swapped out the batteries providing power to the Rutherford Vacuum engine.

Just seconds after SECO, Electron’s kick stage, carrying the payload, separated from the second stage and enter a 40 minute cruise phase. The Curie engine on the kick stage ignited for the final series of burns at 49 minutes and 20 seconds into the flight.

The kick stage performed the final orbital adjustments, placing the payload into the desired 600 kilometer high orbit with an inclination of 37 degrees. Electron’s mission officially end approximately an hour after launch when the Monolith spacecraft separated from the Kick stage.

The launch of Electron on “It’s a Little Chile Up Here” follows an extensive two-month-long investigation into the failure that occurred during Electron’s previous flight, resulting in the complete loss of the launch vehicle and payload minutes after launch.

Heading back to the pad this month is possible thanks to the incredible and dedicated team behind Electron. With launch day approaching we'll have next mission details to share #soon. pic.twitter.com/raFr8XbN9F

The investigation, which was overseen by the Federal Aviation Administration (FAA), officially wrapped up on July 19, with Rocket Lab announcing that they had identified the root cause of the anomaly on Electron’s 20th flight, also known as “Running Out Of Toes,” as an issue which occurred with Electron’s second stage igniter around three minutes and 20 seconds into the flight.

Due to this issue with the igniter, the computer controlling the single vacuum optimized Rutherford engine powering Electron’s second stage became corrupted, causing the stage’s thrust vector control to deviate from where it was supposed to be. With the engine gimballing outside of limits, the computer commanded the engine to shut down, resulting in loss of the mission.

It was concluded that the igniter issue was caused by a previously undiscovered failure mode within the ignition system that occurred during specific environmental conditions not previously met during any operational flights or testing of Electron and its components. The company has stated that they have now corrected the failure mode and replicated the conditions experienced by Electron during the failure, allowing the Electron team to implement redundancies to avoid repeating the issue.