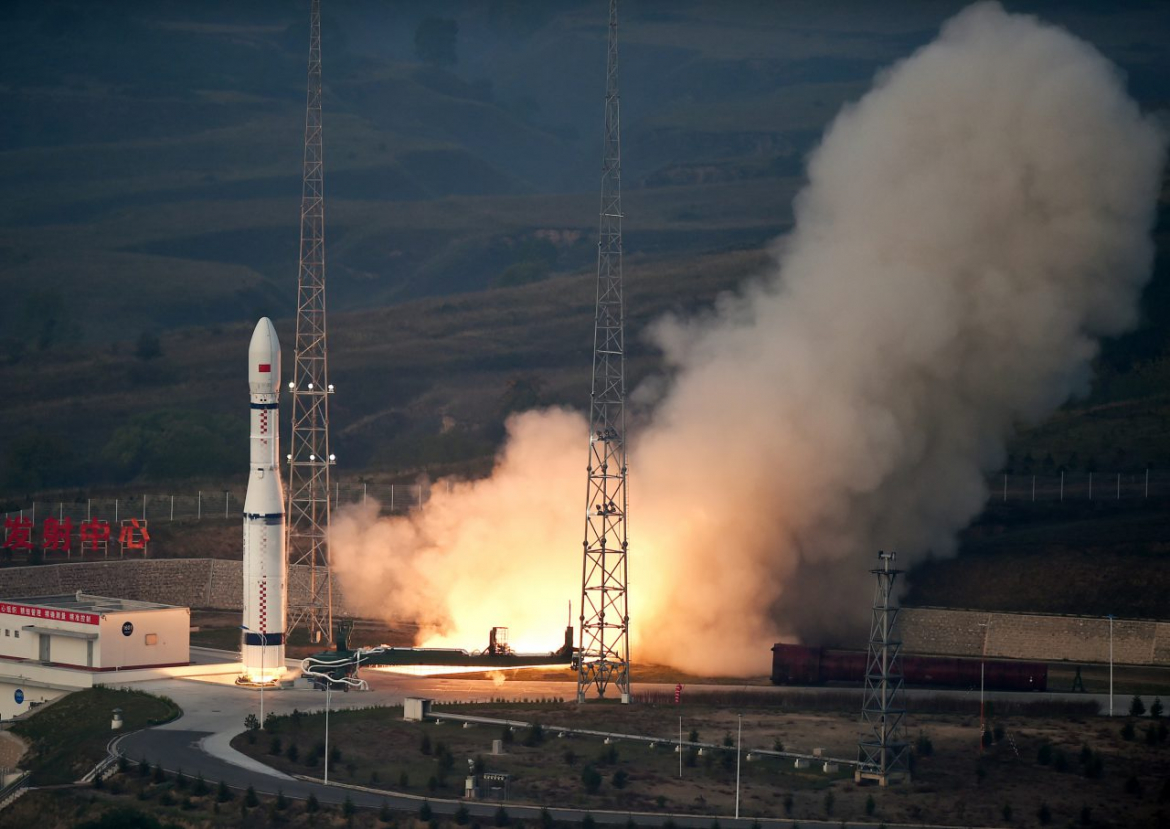 Without previous warning or announcement, China’s space agency launched two satellites from Launch Complex 16 at the Taiyuan Satellite Launch Center on Wednesday, August 4. The two payloads, called “KL-Beta-A” and “KL-Beta-B,” launched on a Chang Zheng 6 rocket into a sun-synchronous orbit (SSO) at 11:01 UTC.

KL-Beta-A and KL-Beta-B were built by the Shanghai Institute for Microsatellite Innovation of the Chinese Academy of Sciences (CAS) and are operated by the German company KLEO-connect. The Beta satellites will help test new interference suppression technology for Ka-band mobile communications satellites in low Earth orbit (LEO) and Geostationary orbit (GEO).

The first round of KL satellites were “KL-Alpha”, the first of which launched in November 2019 on a Kuaizhou-1A rocket from the Jiuquan Satellite Launch Center.

The KL-Beta series are an improved version, though — as with numerous aspects of China’s space program — the exact mass as well as the upgrades introduced with them are not known.

The 2 are built by CAS Microspace (under the China Academy of Sciences) like their predecessors KL-Alpha that flew on a KZ-1A from Jiuquan in Nov. 2019.

In a reciprocal deal @OHB_SE built another prototype "GMS-T" that flew on the 1st @RocketLab Electron of 2021 this Jan. 20. pic.twitter.com/wsOaVPl3Ig

The satellites launched on a Chang Zheng 6 (CZ-6), also known as Long March 6 — a three stage to orbit rocket that is part of the Chang Zheng family. The CZ-6 is designed to deliver lighter mass payloads of up to 1.5 tons into LEO and 1.08 tons into SSO.

Five of the rocket’s seven missions to date have been to sun-synchronous orbit — where the payload passes over the Earth’s surface at the same local solar time every day.

The CZ-6 launches exclusively from LC-16 at Taiyuan and was developed by the China Aerospace and Technology Corporation (CASC), which began work on the rocket in 2009. It launched for the first time on September 19, 2015 and successfully carried 20 satellites into an SSO.

All of its flights to date have been successful.

The Chang Zheng 6 stands 29 meters tall with a diameter of 3.35 meters. Its first stage is powered by a single YF-100 rocket engine, which uses RP-1 rocket grade kerosene as its fuel and liquid oxygen (LOX) as an oxidizer. 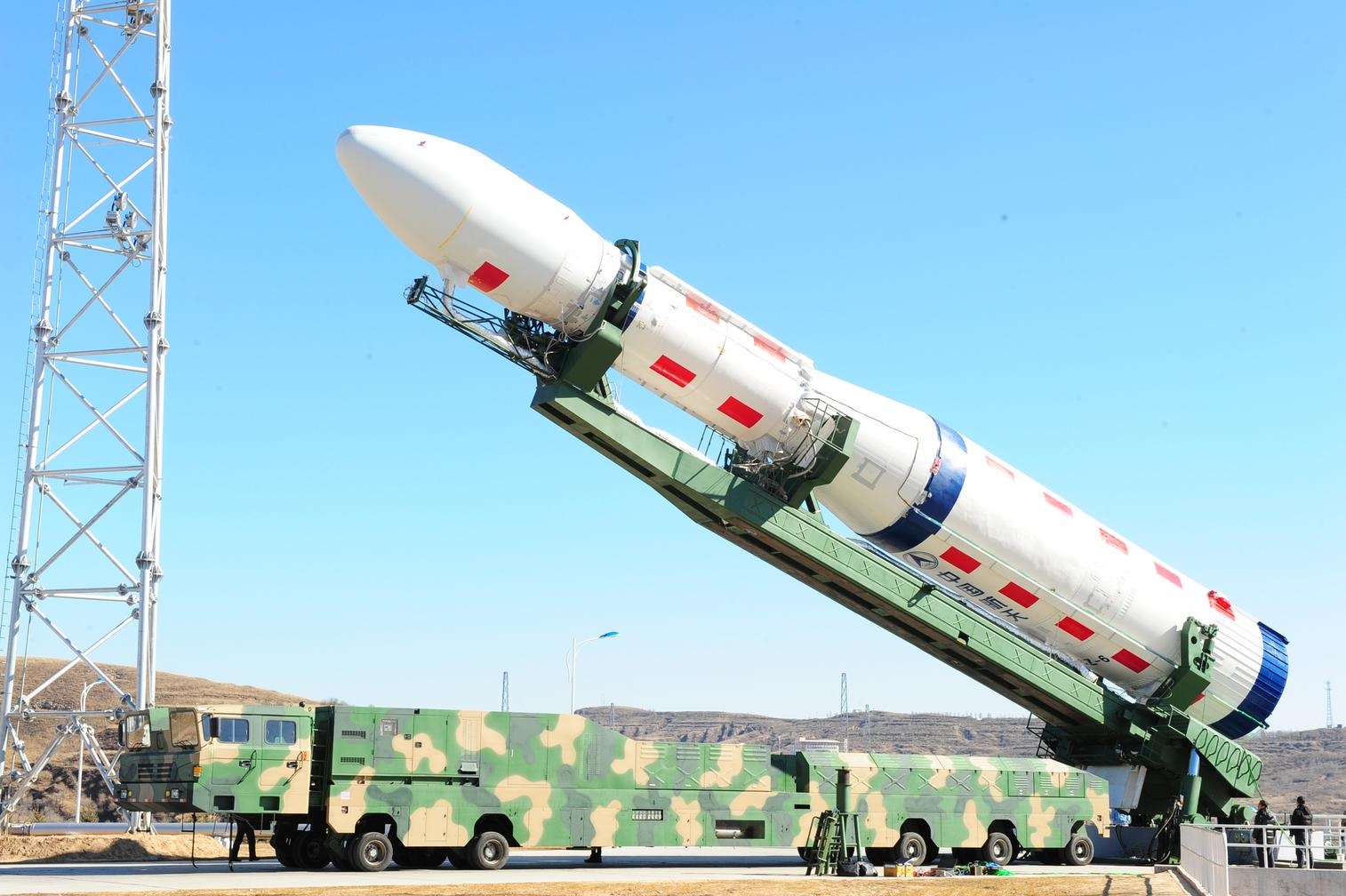 A CZ-6 being taken vertical at the launch site.

The YF-100 runs an oxidizer-rich staged combustion that produces approximately 1,200 kN of thrust at liftoff.

The second stage of the vehicle is powered by a single YF-115 engine, which uses the same fuel and oxidizer as the first stage. The YF-115 is the same engine used on the CZ-7 and shows the trend of Chinese rockets using the same engine throughout a line of launch vehicles.

The third stage employs a single engine capable of producing 6.5 kN of thrust. It is used for plane changes to achieve different orbits for different payloads on the same launch as well as to accurately move a payload into its final, desired deployment orbit.

This engine runs on hypergolic unsymmetrical dimethylhydrazine (UDMH) and dinitrogen tetroxide. Further details about this third stage engine are not known.

Wednesday’s launch took place from the Taiyuan Satellite Launch Center located in Shanxi province in northern China. The majority of launches from this site are meteorological or Earth resource satellites to sun-synchronous orbit as well as ICBM tests.

The main feature of these newer rockets is a change from highly toxic hypergolic fuels to either hydrogen or RP-1 as fuel for the first and second stages. The CZ-5 and CZ-7 also launch out over the open sea instead of from inland sites where lower stages are sometimes allowed to destructively impact near or in populated areas.