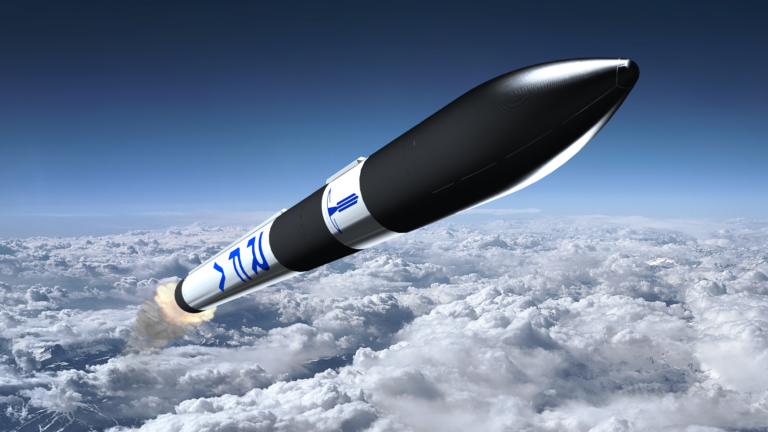 The German startup Rocket Factory Augsburg, or RFA, has concluded another test of their RFA One rocket. In the test, the company performed a destructive cryogenic pressure test of their first stage prototype. The company has shown a video in which the prototype stage broke apart after it was fueled with cryogenic nitrogen to test the quality of the welds and determine the pressure at which the structure fails.

The milestone is the latest for the company which is aiming to develop a reusable launch vehicle for small payloads. The first flight of RFA One is currently slated for late 2022, following more testing and development.

You can't make an omelette without breaking eggs! With our cryogenic burst test we pushed the #limits of our first stage design and #successfully demonstrated the strengthening of our steel alloy under cryo conditions!

A new first stage is already in the pipeline. On we go! 🚀 pic.twitter.com/Qih6EEMWrQ

The company has confirmed that this latest test might not be the final one for the core stage and that the next first stage prototype might not be the first flight core for their planned launch in late 2022, as it could be used for more testing.

The recently destroyed tank was shown in a raised configuration after the recent stacking of Starship 20 in Starbase, Texas. In reaction, RFA showed their steel tank first stage and mentioned the similarities between the two in their visual appearance, as both first stages are built with steel.

Well @elonmusk, some similarity can not be denied, can it? 😜🚀#RFA @SpaceX #Starship #RocketFactory
Credits: @NASASpaceflight @BocaChicaGal pic.twitter.com/HyBY0N5js9

This test comes after a previous update on July 23, in which RFA showed the test of one of their engines for a static fire of eight seconds, reaching a thermal steady-state of the engine. This refers to the point where the engine is no longer in an unstable thermal state during startup, but in a situation where the temperature remains constant over time. The test occurred at the company’s test site in Sweden.

The company confirmed that the test-fire was successful in a statement by COO Dr. Brieschenk: “All systems worked perfectly. We are thus continuing our successful test series and confirmed in our decision to develop engines with staged combustion technology in Europe as well.”

The company previously switched from the gas generator cycle to a staged combustion design for their engine.

After being founded in 2018 as a spinoff from the OHB from Bremen, the company based in the southern German city of Augsburg recently passed 100 employees. In March, RFA opened its new headquarters in Augsburg. The factory will be used to build the RFA One rocket as well as the engines for the launcher.

The RFA One is a three-stage rocket currently in development. The current design calls for a 30 meters tall and 2-meter diameter rocket.

The first stage will be powered by nine of their currently unnamed engines. The engine itself runs a staged combustion cycle, which makes RFA the first company in Europe to develop such an engine to flight readiness. The goal is to provide about 100 kN of liftoff thrust, with early flights operating with lower thrust levels.

The engine will use rocket-grade kerosene known as Rocket Propellant 1, or RP-1, oxidized by liquid oxygen. The ignition will be started by the hypergolic substances of triethylaluminium and triethylborane, or TEA-TAB. Both these propellants and the ignition substance are common with those used by SpaceX on Falcon 9 and Falcon Heavy.

The goal is to reuse the first stage and recover it on orbital flights, but the company has not yet disclosed how they plan to reuse and recover it. In the past, the first stages flown by SpaceX were recovered using propulsion for a landing burn, while other companies, such as Rocket Lab, plan to use parachutes to slow the stage down and catch it with a helicopter. 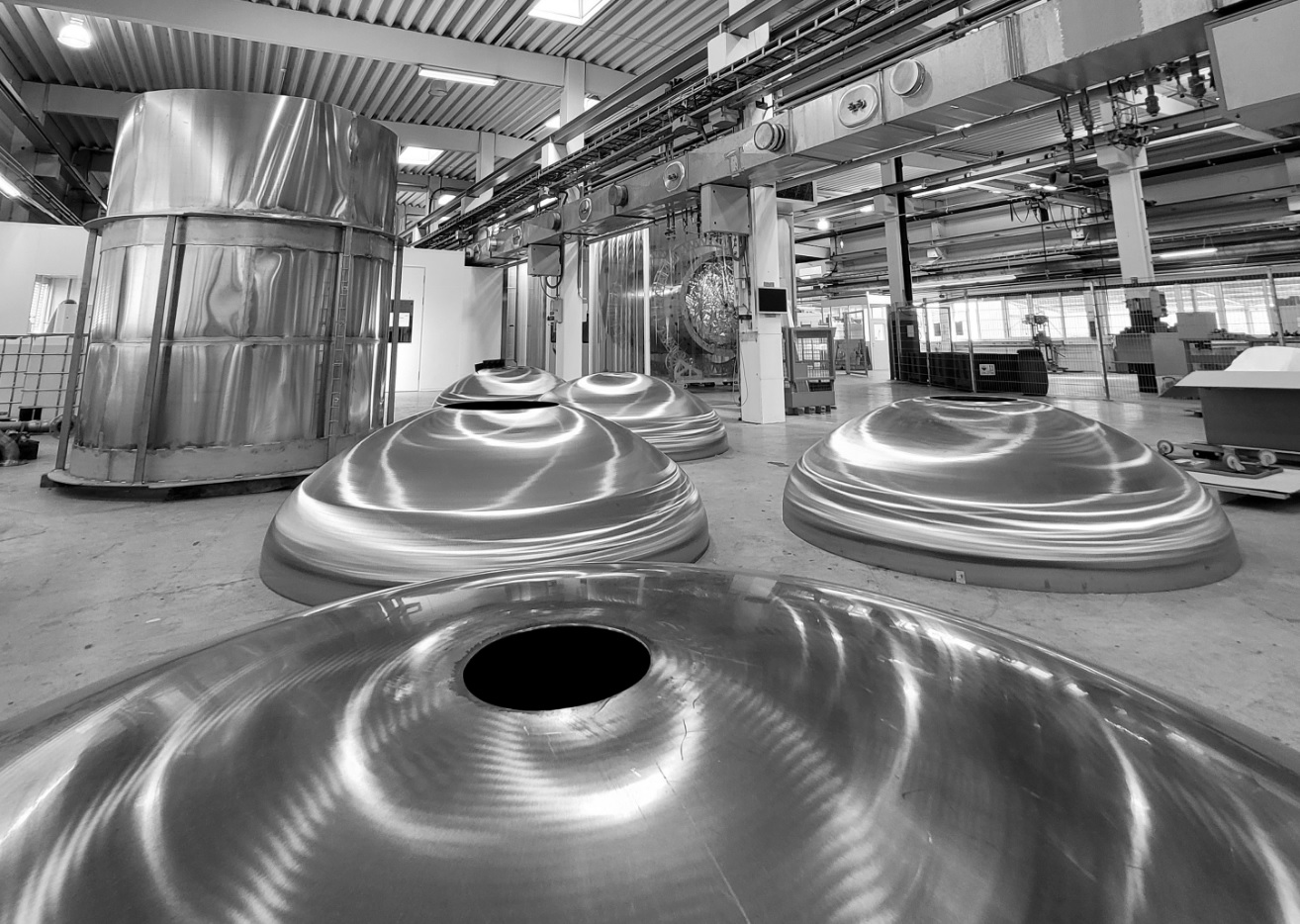 The RFA factory in Augsburg, Germany – via Rocket Factory Augsburg

The same engine design on the first stage will be used as an upper stage engine, with a modified nozzle for vacuum operations. The goal for this upper stage is 350 seconds of specific impulse for the vacuum engine. The engines for the first and second stages will be 3D printed.

On top of the second stage sits the third stage, also called the orbital stage, which will be used to insert the payload into the desired orbit. It will use an unspecified green bi-propellant, not hydrazine, and will produce a low thrust at a specific impulse of more than 325 seconds.

RFA recently shared that a torch igniter will be used to start the combustion of the final stage. The goal of the company is to bring either a dedicated payload or a rideshare payload up to the mass of 1,600 kilograms to the orbit of the International Space Station, or 450 kilograms to geostationary transfer orbit. 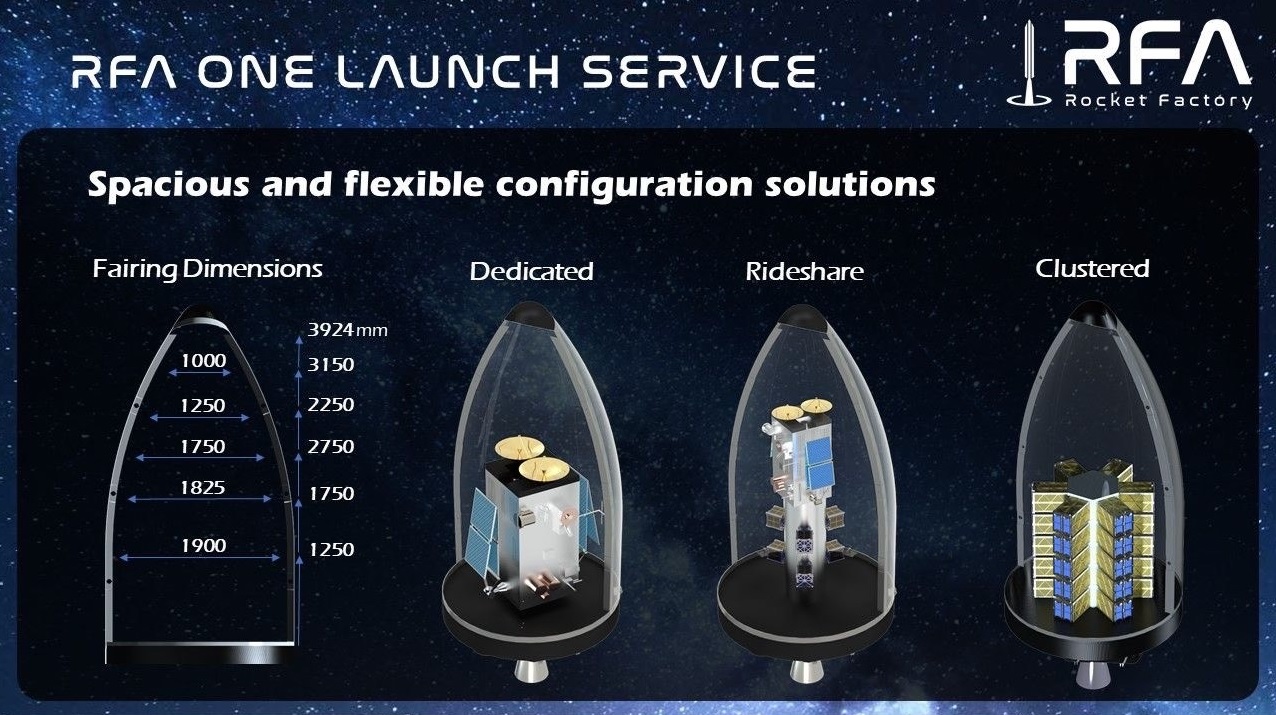 Currently, the aim is to launch to orbit in late 2022. The first launch will be conducted at the Andoya Space Center in Norway, which was previously used for the Nice Cajun sounding rocket.

The spaceport was formed in 1962 and is owned and operated by the Norwegian Space Agency. Over 1,200 sounding rocket launches have been conducted at Andoya. There is a plan for orbital pad infrastructure at the launch site, which RFA and other companies from Europe intend to use.

RFA wants to operate in orbits ranging from 87 to 108 degrees of inclination from the location in Norway. Later the company also wants to explore potential launch sites in Portugal and the North Sea.