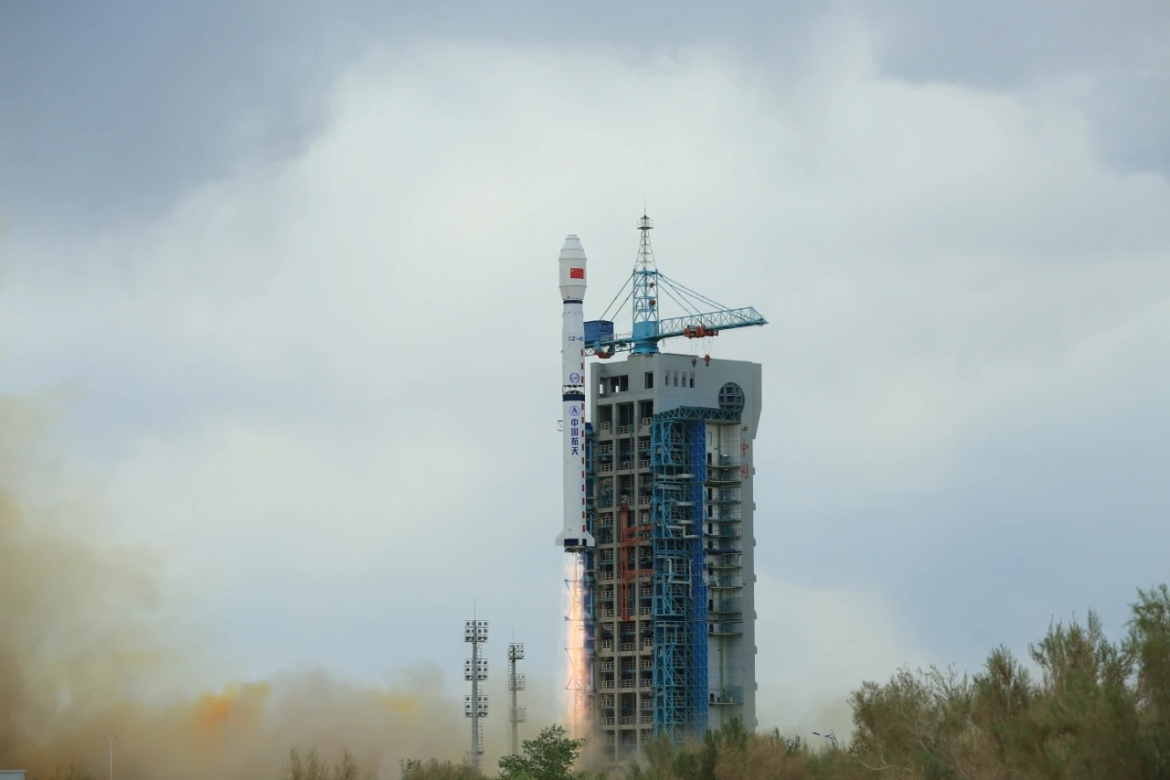 China has launched a Long March/Chang Zheng-4B from the Taiyuan Satellite Launch Center at 22:32 UTC on August 18, carrying the second group of Tianhui 2 satellites into orbit.

The Tianhui 2 satellites are believed to operate in the X-band and have a resolution of 3 meters. These satellites also operate together in pairs.

The first group of Tianhui 2 craft were launched from Taiyuan on April 29, 2021 into a 521 x 524 km orbit inclined 97.5 degrees to the equator. The second group that launched today will join in similar orbits.

The mission used a Long March/Chang Zheng-4B as the launch vehicle, which was manufactured by the Shanghai Academy of Spaceflight Technology. The rocket is known as the Long March-4B internationally and as the Chang Zheng-4B (CZ-4B) domestically.

The first stage of the CZ-4B is powered by four YF-21C engines, which are powered by dinitrogen tetroxide (N2O4) and unsymmetrical dimethylhydrazine (UDMH) — toxic hypergolic fuels.

It turns out to be…something else, an LM-4B successfully launching the 2nd pair of Tianhui-2 cartography satellites at 22:32 UTC.https://t.co/wTsRpP7dwj pic.twitter.com/HdATGdJOYd

The second stage of the launch vehicle is powered by a single YF-24C, consisting of a YF-22C as the main engine and four YF-23C verniers situated around the main engine. The YF-24C also runs on N2O4 and UDMH as the fuel and oxidizer.

The third stage is powered by two YF-40 engines, which also run on N2O4 and UDMH. The YF-40 was also used on the CZ-1D  rocket that flew three times between 1995 and 2002 with two successes and one failure.

The CZ-4B took its first flight on May 10, 1999 from LC-7 at Taiyuan carrying the Fengyun-1C weather satellite. Unfortunately, this satellite was destroyed in an anti-satellite test in 2007, which resulted in a significant amount of on-orbit debris.

The 4B has only had one failure in flight, which occurred on December 9, 2019 from LC-9 at Taiyuan. The payload, a joint Chinese-Brazilian Earth observation craft called CBERS-3, was inserted into an unusable orbit.

All three stages of the Chang Zheng-4B arrived at China’s Taiyuan Satellite Launch Center, located in the Luliang mountains, via railroad. The spaceport is 284 kilometers from the city of Taiyuan in Shanxi province. 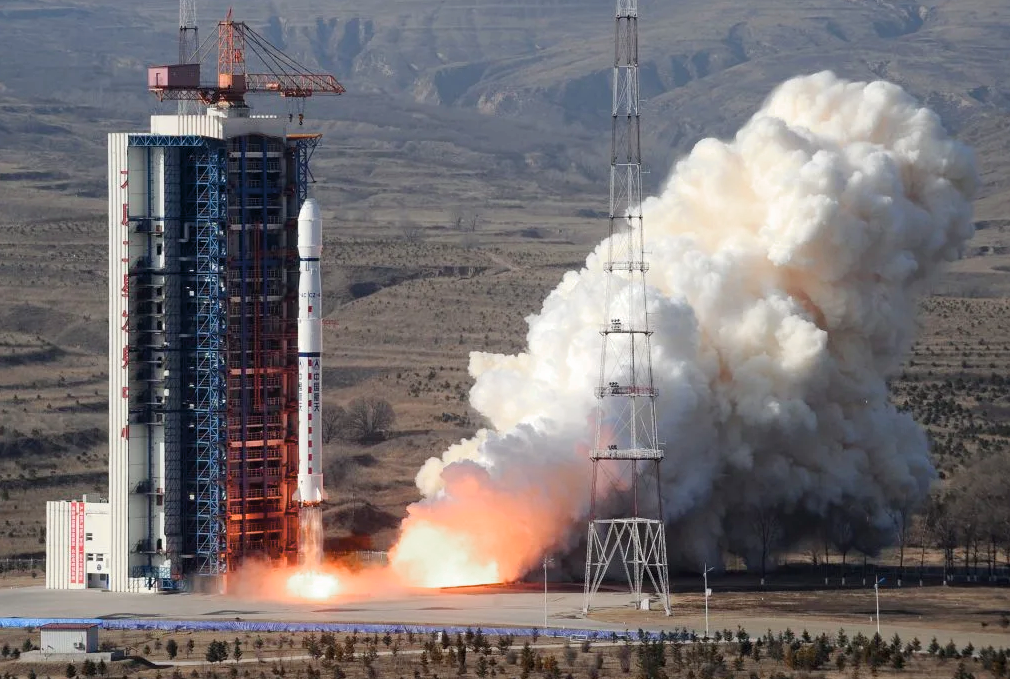 A CZ-4B lifts off from Taiyuan.

The stages were then moved to facilities for checkouts, and both satellites were encapsulated in a separate facility at Taiyuan.

The stages were then assembled vertically on the launch mount, beginning with the first stage. The fairing with the payloads was the last to be integrated with the CZ-4B launch vehicle.

At T0, the four YF-21C engines on the first stage ignited, and the rocket lifted off from LC-9. After launch, the rocket rolled onto the proper azimuth and pitched downrange. This allowed the CZ-4B to achieve the proper inclination required for the mission.

As the CZ-4B continued to fly downrange from Taiyuan, the vehicle overflew communities in western Shanxi, western Heinan, southeastern Shaanxi, and Hubei provinces. The spent first stage of the CZ-4B impacted the ground in southwest Hubei province.

The single YF-24C engine on the second stage carried the rest of the CZ-4B and the payload to orbit, ascending over Hunan, eastern Guangxi and southwestern Guangdong provinces. The vehicle then headed out off the coast of China, over Hainan Island, and over the South China Sea. 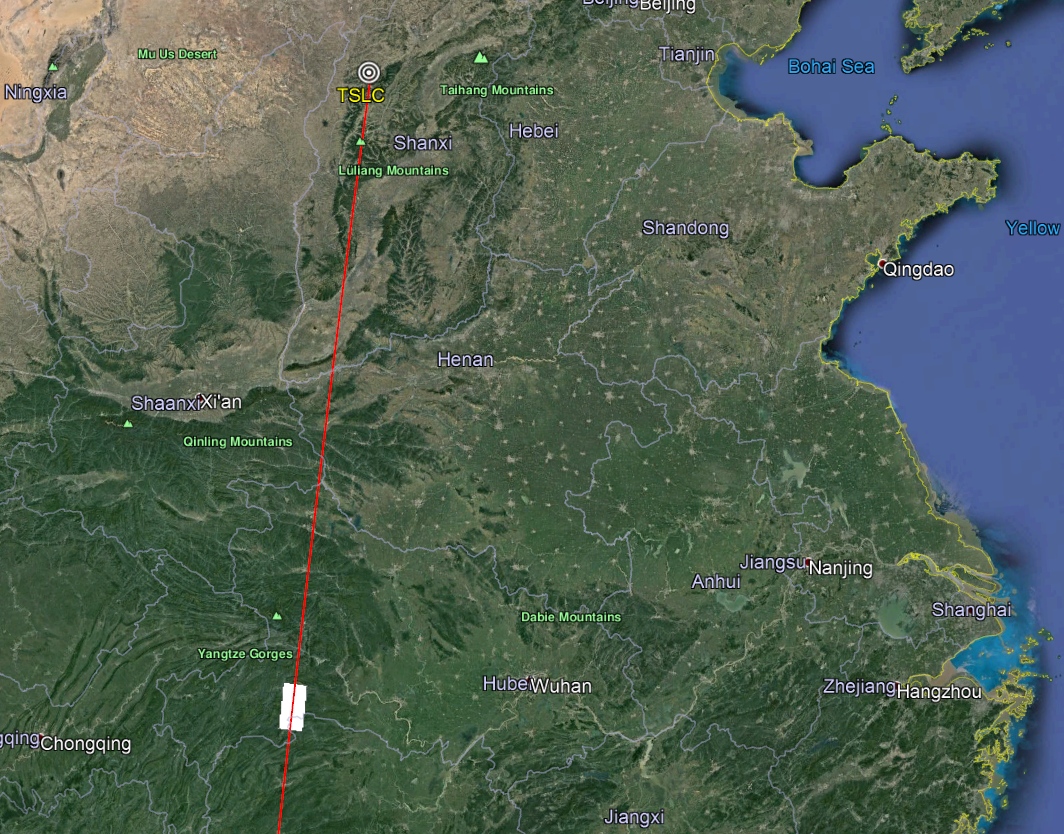 The trajectory for Tianhui 2 Group 2’s launch, mapped over GoogleEarth.

The newest Chinese launch site, Wenchang, is located on Hainan Island. Launches out of Wenchang, such as those of the Tianzhou resupply craft to the Chinese space station, launch over the ocean instead of inland areas.

Although the CZ-4B flew over land in China, the vehicle avoided overflying other nations during powered flight. The rocket skirted the coast of Vietnam between Da Nang on the coast and the Parcell Islands in the South China Sea.

The second stage impacted the ocean off the coast of Vietnam near Quang Nam and Binh Dinh provinces.

The payloads then continued with the assistance of the third stage.

(Lead image: A Chang Zheng 4B launches from Taiyuan)