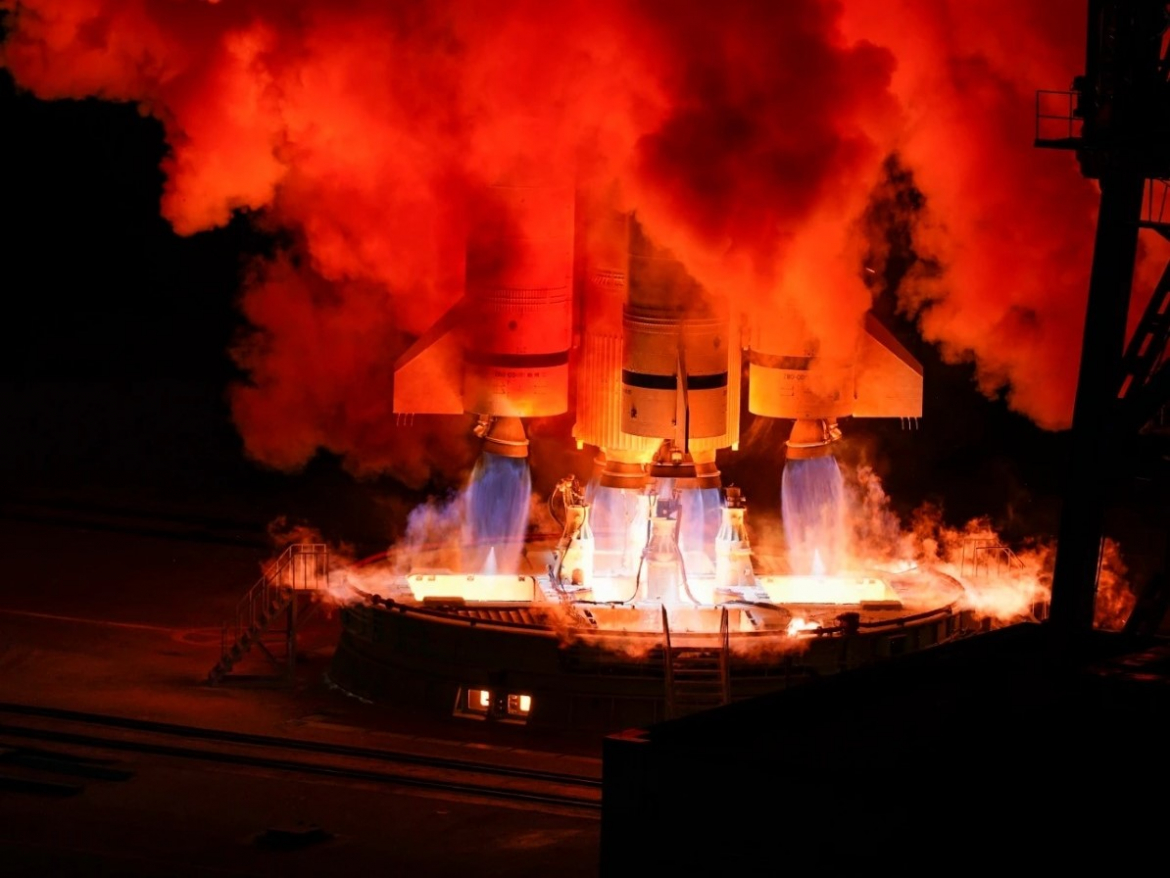 China’s space program successfully launched the Zhongxing-2E mission on Thursday, August 5. This is the third Chinese mission of the week, after a Hyperbola-1 launch by the private company iSpace which failed to open the payload fairing, and Wednesday’s surprise launch of a Long March 6.

The Zhongxing-2E satellite, operated by China Satellite Communications, launched at 16:30 UTC onboard a Long March 3B/E rocket, or Chang Zheng 3B/E, from Launch Complex 2 (LA-2) of the Xichang Satellite Launch Center in southwestern China. It is the desired launch site of the country´s space program for launches beyond low Earth orbit (LEO).

China Satellite Communications is owned by the Chinese Government, and the line of Zhongxing satellites are used to provide general communication services for the military. 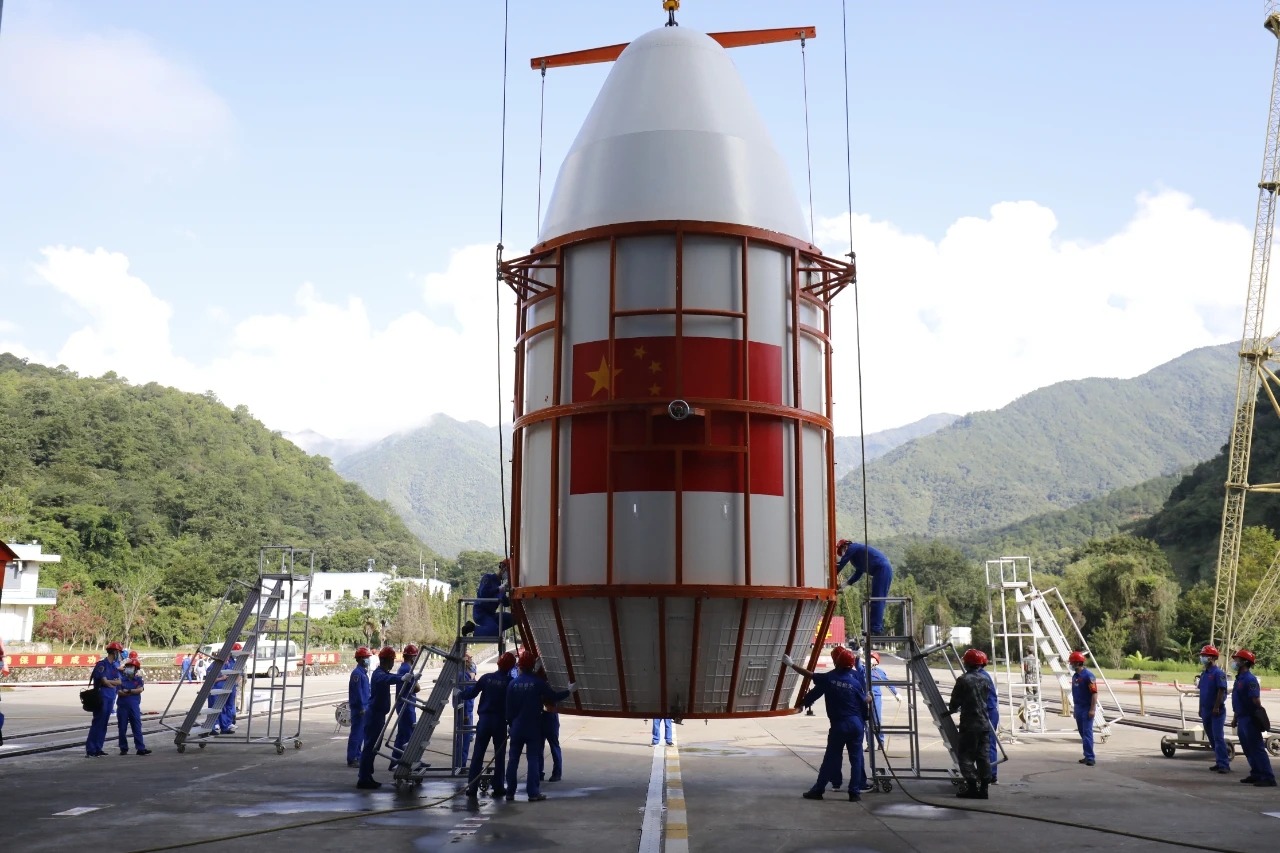 It is based on a previously used satellite platform called Dongfanghong-3, which was operated and developed by the China Academy of Space and Technology (CAST). The first launch of the satellite-series was Zhongxing-20, which was launched in November 2003 and used the predecessor launch vehicle, the Chang Zheng 3A.

Liftoff mass for the newest satellite was 4,000 kg, and the service time is expected to be about 15 years.

From the origins of the Dongfeng 5 missile, China developed a three staged launch vehicle called Chang Zheng 3, which translates to Long March 3. The Chang Zheng 3B/E variant, which was used for this flight, is a boosted version of the smaller 3B variant of the CZ-3 family and features an extension to the four liquid rocket boosters and the first stage to boost the payload of the system to geostationary transfer orbit (GTO) and beyond, with the majority of CZ-3B/E launches being launched to reach a geostationary orbit (GEO).

Most of the launcher’s flights so far are heavy GEO communications and telecommunications satellites that utilize its payload capacity beyond LEO. In the future, this vehicle is to be replaced by newer designs such as Chang Zheng 5 and 6.

In the CZ-3B/E configuration, the rocket could provide 11,500 kg to LEO, although that is rarely used. More commonly, the rocket’s 5,500 kg to GTO is utilized.

The Chang Zheng 3B/E’s maiden flight took place in 2007 when it launched the NigComSat-1, a Nigerian communication satellite, into a GTO. Since then, it has launched 63 times, of which 61 launches were a complete success. This makes the CZ-3B the most flown rocket configuration of the Chinese rocket family, followed by the smaller CZ-2C, which has launched 57 times so far. 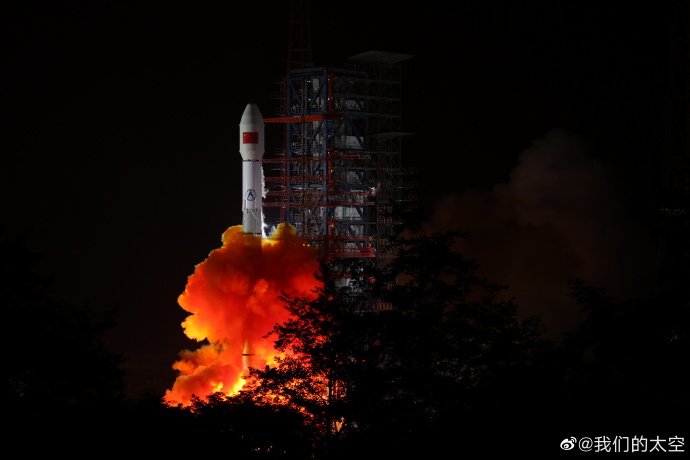 The most recent failure of the configuration was the Palapa-N1 launch in April 2020, in which the third stage of the vehicle failed to completely ignite. The Palapa-N1 did not reach orbit and destructively reentered Earth’s atmosphere. This marked the second time that the third stage of the CZ-3 family had an issue during launch operations, with the first failure being the Palapa-D mission in 2009. However, during that mission, the satellite still reached the desired orbit, thanks to its onboard thrusters.

The vehicle stands 56 meters tall with a liftoff mass of 458,970 kg. The payload fairing, which encapsulates the satellite, sits on top of the launch vehicle, and is four meters in diameter and 9.56 meters tall.

So far, every launch of the 3B family has taken place from the Xichang Satellite Launch Center (XSLC). This includes its previous launch of the Fengyun-4B weather satellite, that successfully took place on June 2nd this year.

The launch vehicle is composed of three stages, with the potential to add a fourth stage as a possible kick stage. The center core uses a YF-21C module with 2961.6 kN of thrust. The YF-21C module contains four YF-20C engines.

Each of the four liquid rocket boosters, which are strapped to each side of the main stage, uses one of these YF-20Cs as a booster engine. On a side-booster, the YF-20C engine is called YF-25, and these together raise the power of the  four strapped on boosters to the level of the core stage, doubling the liftoff thrust of the CZ-3B/E to 5923.2 kN.

The engines are fueled by dinitrogen tetroxide (N204) and dimethylhydrazine (UDMH) as a hypergolic mix that burns upon contact with each other. Both are highly toxic for humans, which in the past has posed another danger to humans that were close to the drop zone of the first stage and boosters, adding to the threat of the falling rocket itself. 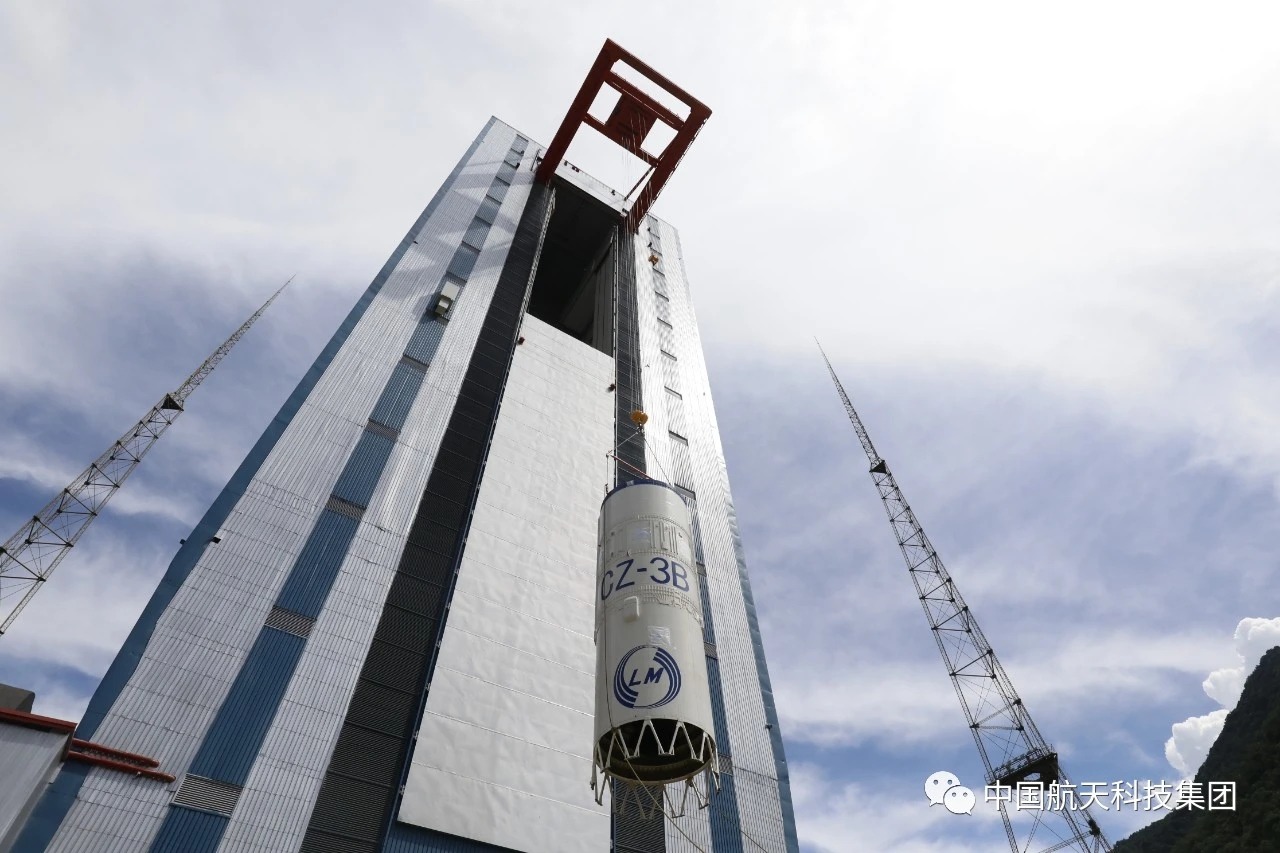 After 140 seconds of flight, the four liquid rocket motors are decoupled from the vehicle, shortly followed by the first stage separating 18 seconds later. The second stage, which uses a YF-22E engine and YF-23F vernier engines, takes over at that point. In this configuration, they are called the YF-24E, with the main engine providing 742 kN of thrust. The four vernier engines, which are used to steer, provide another 47.1 kN of thrust each.

The third stage, which ignites after the second stage propellants have depleted, uses a YF-75 engine, which uses cryogenic liquid hydrogen as fuel, in contrast to the use of hypergolic fuels in the previous two stages. This stage provides another 167.17 kN of thrust.

There is an option of having a fourth stage, called the Yuanzheng-1, which is a small kick stage that can provide 6.5 kN of thrust after the third stage has decoupled from the vehicle. The fourth stage was not used in Thursday’s launch.

The Xichang launch center was first used in 1984 and has since been the host of many Chinese rocket launches, including every launch of the rocket configuration used on this flight.

The LA-2 pad, which was used for Thursday’s launch, was first occupied by the Chang Zheng 2 rocket. Later, after a complete rebuild, it was repurposed to be used for the Chang Zheng 3 as well. To support the launch operations, seven kilometers southwest of the pad is the technical center from which the launches are coordinated.

The launch complex is known for it’s location, which can often result in dropping stages near civilians following orbital launches. The rocket stages fly over populated areas of the Chinese mainland, and continue to pose a danger to the residents. In the future, launches will slowly transition to the Wenchang Spacecraft Launch Center, closer to the ocean, so that drop zones along the launch corridor do not overfly populated areas.

(Lead photo of liftoff – via 9ifly)