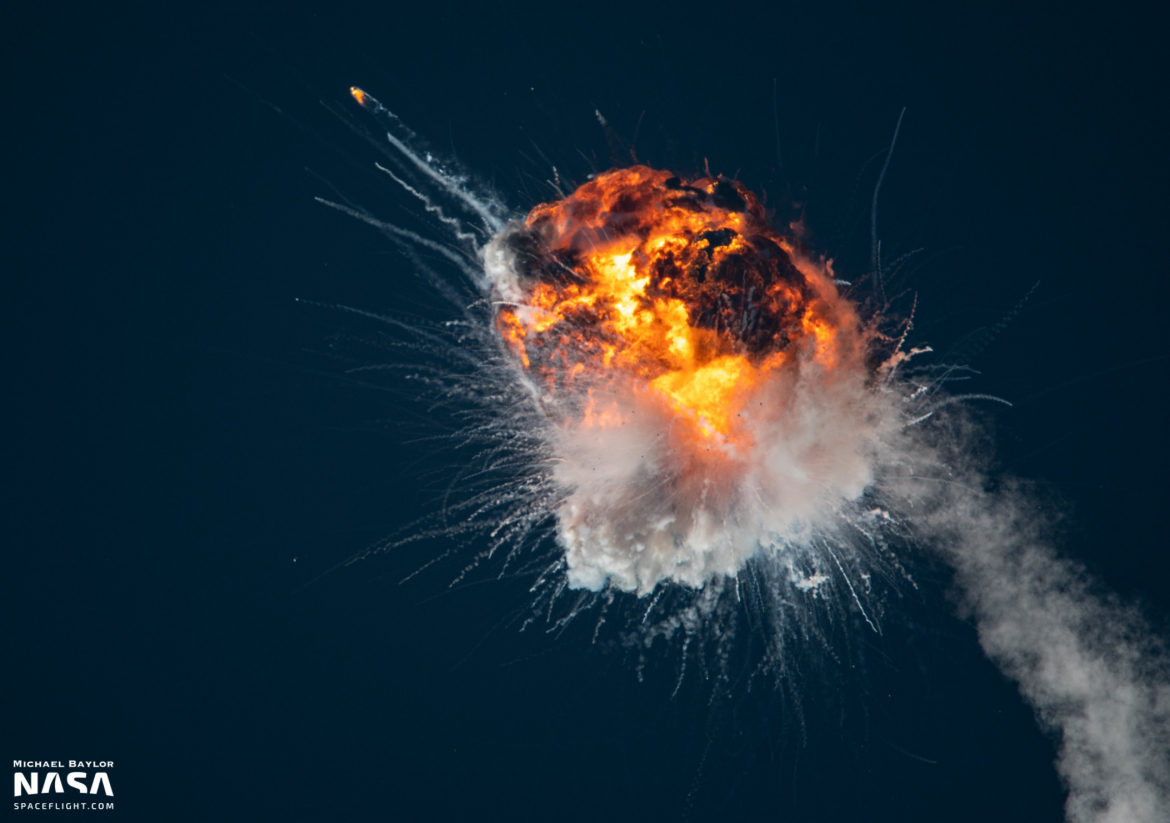 Firefly Aerospace suffered a failure during the first orbital flight of their small satellite launch vehicle, Alpha. The launch, designated as FLTA001, launched from Space Launch Complex 2 West at Vandenberg Space Force Base in California before blowing up during first stage flight.

Standing 29 meters tall and 1.8 meters in diameter, its first stage is powered by 4 Reaver 1 engines, fueled by RP-1 kerosene and liquid oxygen. The first stage has a total thrust of 736.1 kN with a specific impulse of 295.6 seconds.

The Firefly team conducted a 15-second static fire test of its first stage engines on August 19, paving the way for an orbital flight attempt.

The second stage is powered by a single vacuum-optimized Lightning 1 engine. It also runs on RP-1 and liquid oxygen and has a thrust of 70.1 kN and Isp of 322 seconds. Both of these engines have been fully developed and manufactured by Firefly.

Alpha is built using carbon fiber composites — just like Rocket Lab’s Electron — in order to be as mass efficient as possible.

Although Alpha launched from Vandenberg for this mission, it can also be launched from Firefly’s Space Launch Complex 20 at Cape Canaveral Space Force Station in Florida. Alpha has an advertised price of $15 million for a dedicated mission.

Alpha’s maiden launch hosted a variety of academic and education payloads under Firefly’s Dedicated Research and Education Accelerator Mission (DREAM). There was a global competition to host payloads free of charge on this mission, and the selected payloads include a variety of technical and non-technical payloads.

Purdue University, along with Cal Poly CubeSat Lab and NASA, has developed Spinnaker-3, an 18 square meter drag sail that was to help Alpha’s second stage quickly deorbit after deploying its payloads.

Two of the PocketQubes onboard the dispenser were FossaSat-1b (1P) and FossaSat-2 (2P), developed by FOSSA Systems. FossaSat-1b is an upgraded version of FossaSat-1 which launched on Rocket Lab’s “Running Out of Fingers” mission. FossaSat-2 hosts several instruments and will be used for Earth observation.

The Hawaii Science and Technology Museum’s CubeSat, named HIAPO, was to be Hawaii’s first satellite to sustain an extended orbit around Earth, has it been successful. The satellite is equipped with a magnetometer to study Earth’s magnetic field. The museum plans to provide regular updates on HIAPO to schools in Hawaii to spark the interest of students in STEM and open up space and space technology to students. 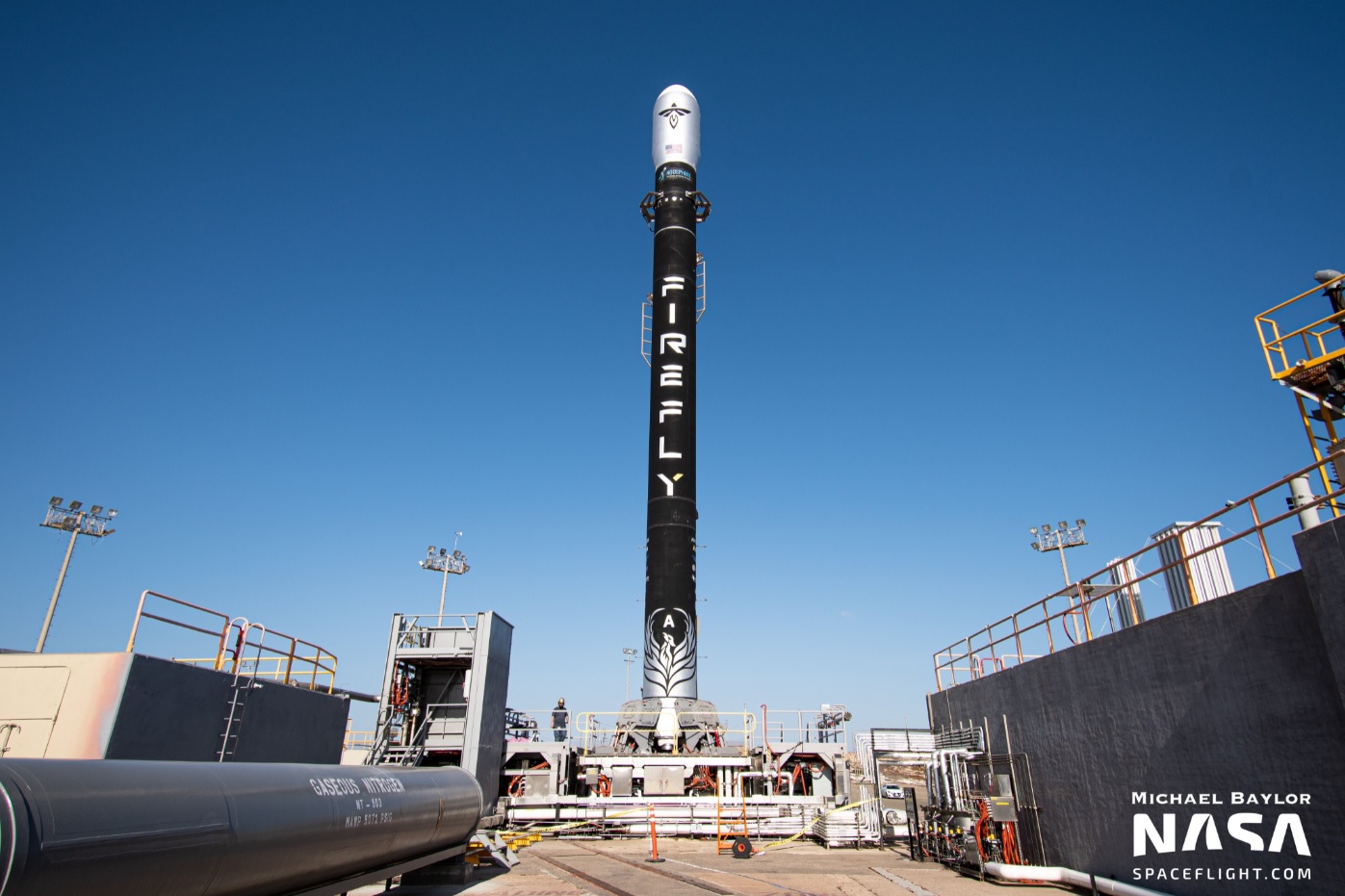 Teachers in Space’s payload was named Serenity. Based on a Raspberry Pi, it sports two Geiger counters to measure and detect radioactive activity. One of the Geiger counters is covered with fiber cloth to test its effectiveness as radiation shielding. Other payloads on this CubeSat included a blockchain experiment to test the communication capabilities of the satellite with its ground station.

Onboard this satellite bus was Benchmark’s smallest warm-gas propulsion system called Starling. Designed to be used on CubeSats of various sizes, it is capable of providing thrust levels from 0.01 to 1 Newton and features the company’s On-Demand Pressurization System (ODPS), which pressurizes the propulsion systems just before there is a need to perform a maneuver, making the satellite and its propulsion system safer to handle during integration and launch.

There were also non-technical payloads flying on Alpha’s maiden flight, including DNA Samples, a book, photographs, personal items, and other random objects.

During launch day, the teams performed the final pad checkout over eight hours before launch. Once complete, the teams powered up Alpha, performed sensor checks, and started loading helium used for pressurization at T – 6 hours. At T – 5 hours and 15 minutes, RP-1 was loaded in the rocket, followed by liquid oxygen beginning at T – 3 hours and 40 minutes.

After all the propellants were loaded onto the rocket, Alpha entered the terminal count at T – 20 minutes. At T – 2 seconds, the computers onboard the rocket commanded the ignition of the 4 Reaver engines on the first stage. At T – 0, the hold-down clamps released, and the rocket lifted off as it headed towards a 138-degree inclination orbit.

Per a normal flight profile, T + 1 minute and 7 seconds was the point the rocket was to reach Mach one – meaning it has exceeded the speed of sound, and then experienced Max Q 9 seconds later. Maximum Aerodynamic Pressure, or Max Q, is the point when the atmospheric loads on the launch vehicle are the greatest.

However, after – what seemed to be a very late “supersonic” call on the loop – the vehicle span out of control and exploded.

Had the mission gone to plan, the first stage engines would have shut down at T + 2 minutes and 47 seconds, before the second stage separated and the vacuum-optimized Lightening engine ignited, takeing the payloads to orbit.

After 40 minutes, Alpha’s second stage would have performed a two-second burn to demonstrate the on-orbit relighting capability of the Lightning 1 engine. Spinnaker-3 would have deployed, decreasing the de-orbit time of the second stage from 25 days to 15 days.

These latter milestones will be the target of the second attempt, potentially by the end of this year.