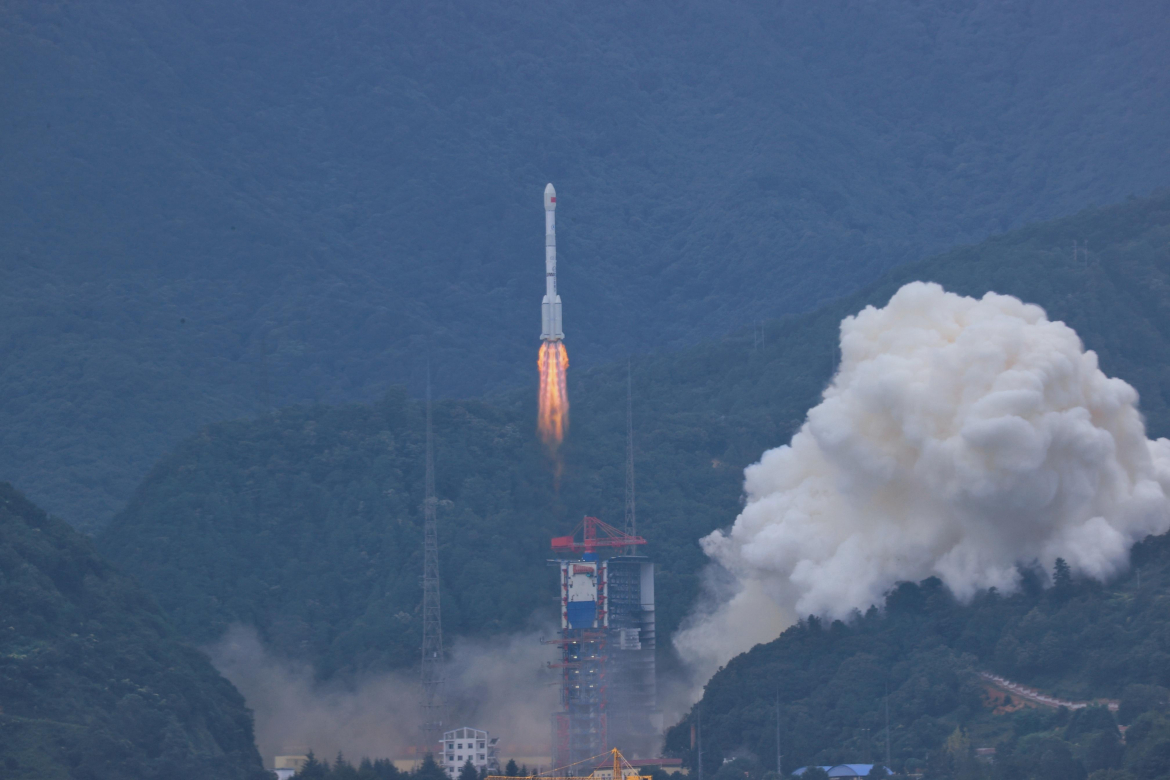 After initial reports that the Chinese Shiyan-10 satellite failed after a nominal launch of the rocket, it is now confirmed that the satellite was reactivated and is raising its orbit from the initial deployment height.

China launched the Shiyan-10 satellite on a Long March 3B/E rocket at 8:20 UTC on September 27, lifting off from the Xichang Satellite Launch Center. The name and purpose of the payload were not confirmed before the launch, however, an object was cataloged in orbit a few hours after the launch, confirming it reached orbit.

The payload was deployed into a 177 km by 40,104 km geostationary transfer orbit (GTO) with an inclination of 51.04 degrees. It now raised its orbit to 456.9 km by 39,934.0 km. It was confirmed after the launch that the payload was Shiyan-10, which experienced abnormal operating conditions during launch and was declared a failure at first. The Long March 3B launch vehicle was confirmed to have performed normally during the launch.

Shiyan Weixing spacecraft are technology test satellites that are built by different providers as a pathfinder for new satellite technologies. The first Shiyan satellite was launched in April 2004 on a Long March 2C rocket. After that, eight more missions followed to test more experimental technologies.

The last one was the Shiyan-9 payload, which launched on a Long March 7A (also known as Chang Zheng 7A) in March 2021 to a geostationary orbit (GEO). While the true function of this satellite was never revealed, it is speculated that it is used to perform high-resolution and high orbit optical remote sensing. 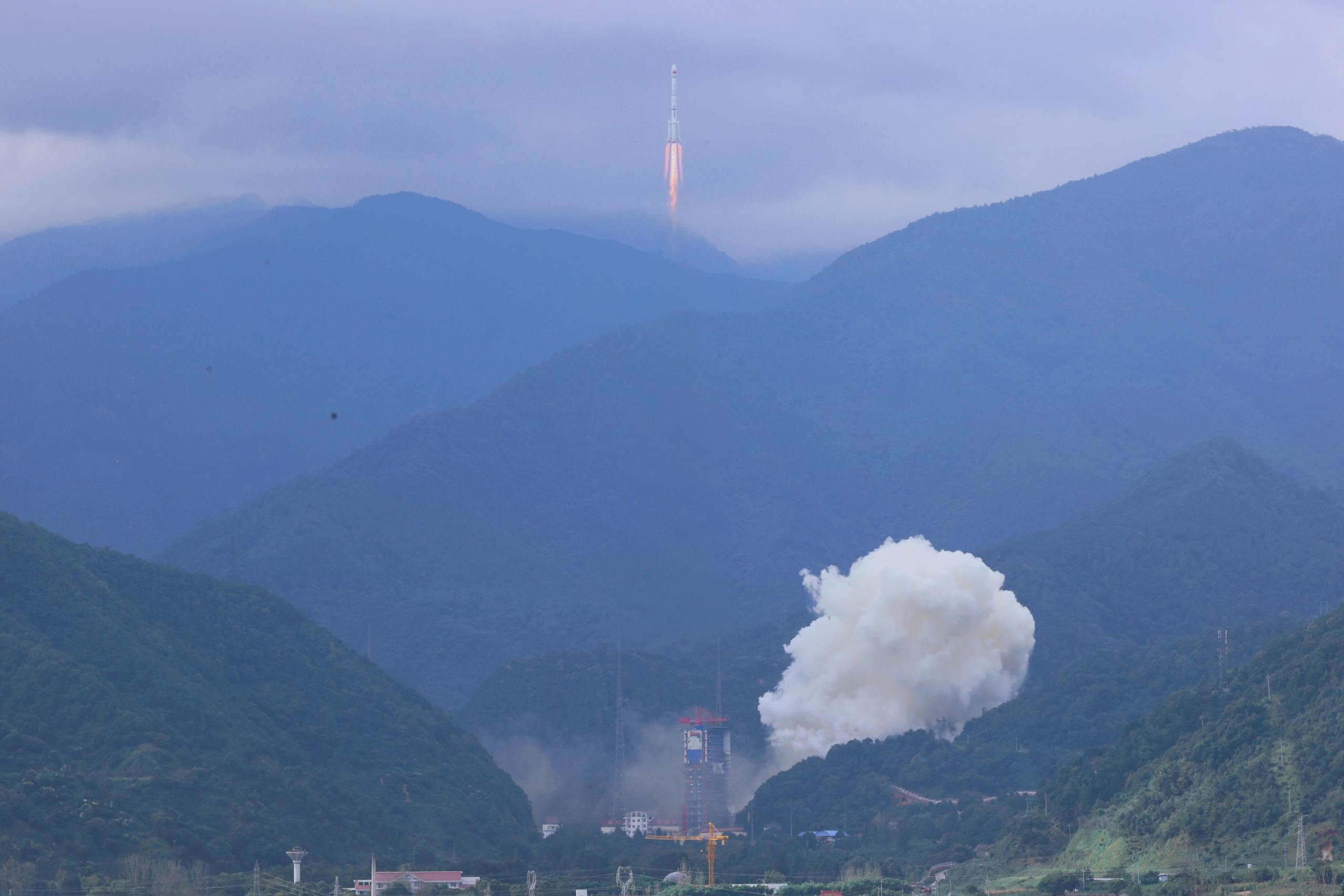 The Long March 3B/E is the upscaled version of the smaller 3B variant The 3B/E features an upgrade to the first stage and the liquid rocket boosters, which results in an increased payload capacity of the rocket to GTO and GEO. It can launch up to 11,500 kg to LEO and 5,500 kg to GTO.

The majority of the 66 payloads that the rocket has launched so far had destinations of either GTO or GEO, with only a few rare exceptions in which it launched a payload into a Medium Earth Orbit (MEO). Most of the payloads are communications and telecommunications satellites, which usually require the orbits Long March 3B is built for.

Since 2007, the 3B/E has flown 64 missions successfully, which is a record for the Long March rocket family. Its first launch was NigComSat-1, a Nigerian communication satellite. After that, Long March 3B/E only had one partial failure and one complete failure.

During the launch of the Chinasat 9A mission in June 2017, the Reaction Control System (RCS) of the rocket stopped working during the coast phase, which resulted in a sub-planned payload release. The satellite, however, used its onboard propulsion to reach the desired orbit even with the rocket underperforming.

The last, and only complete failure, occurred during the Palapa-N1 launch in April 2020, in which the third stage failed to ignite and the satellite failed to reach orbit, resulting in a complete loss of payload.

The medium-lift vehicle is 56 meters tall with a liftoff mass of 458,970 kg. It is built by the China Academy of Launch Vehicle Technology and consists of three stages, with the option to include a fourth stage as a kick stage.

The first stage of the rocket stands 24.76 meters tall with a diameter of 3.35 meters. It uses a cluster of four YF-20C engines which are called YF-21C in this bundled configuration. At liftoff, they provide 2961.6 kN of thrust with a specific impulse of 260.69 seconds. 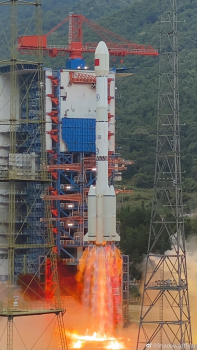 The engines use the hypergolic combination of dinitrogen tetroxide (N2O4) and dimethylhydrazine (UDMH) as propellants, which burn when they contact each other. This hypergolic mix is used on the first, second, and optional fourth stage of the Long March 3B/E as well as the four liquid rocket boosters.

These four side boosters have a height of 16.1 meters with a slightly smaller diameter of 2.25 meters. They use a single YF-25 engine each, which is just the booster engine name for the YF-20C that the center core uses as well. Together with the center core, the rocket reaches a liftoff thrust of 5923,2 kN with all eight YF-20Cs igniting at launch.

After a bit more than two minutes into the flight, all four liquid rocket boosters are jettisoned from the main stage, leaving the center core. After that separates 18 seconds later, the second stage ignites and takes over. It is 12.92 meters in length with the same diameter as the first stage and uses a single YF-22E engine. This engine provides up to 742 kN of thrust with the four YF-23F vernier engines to steer the rocket during the operation of the second stage.

Shortly after the second stage is depleted, the third stage ignites with its two YF-75 engines. The stage has a length of 12.38 meters and stores liquid hydrogen and oxygen as fuel for the two engines. This stage can be shut down and started multiple times to reach the desired GTO or GEO orbit. Each of the engines provides 78.45 kN of thrust at a high specific impulse of 438 seconds.

At last, there is an optional Yuanzheng-1 fourth stage. It is a kick stage that can provide up to 6.5 kN of thrust with its YF-50D engine, and was last used on the BeiDou-3 M19/20 mission in December 2019. However, it was not used with this launch.

This launch was conducted from the Xichang Satellite Launch Center, in the southern part of China. It started operations in 1984 and since then has hosted a variety of Chinese rockets, including every launch of the Long March 3B family. The launch complex that was used in this launch was LC-2, which is one of the three launch complexes at Xichang.

UK spaceports and launchers gearing up for first flights