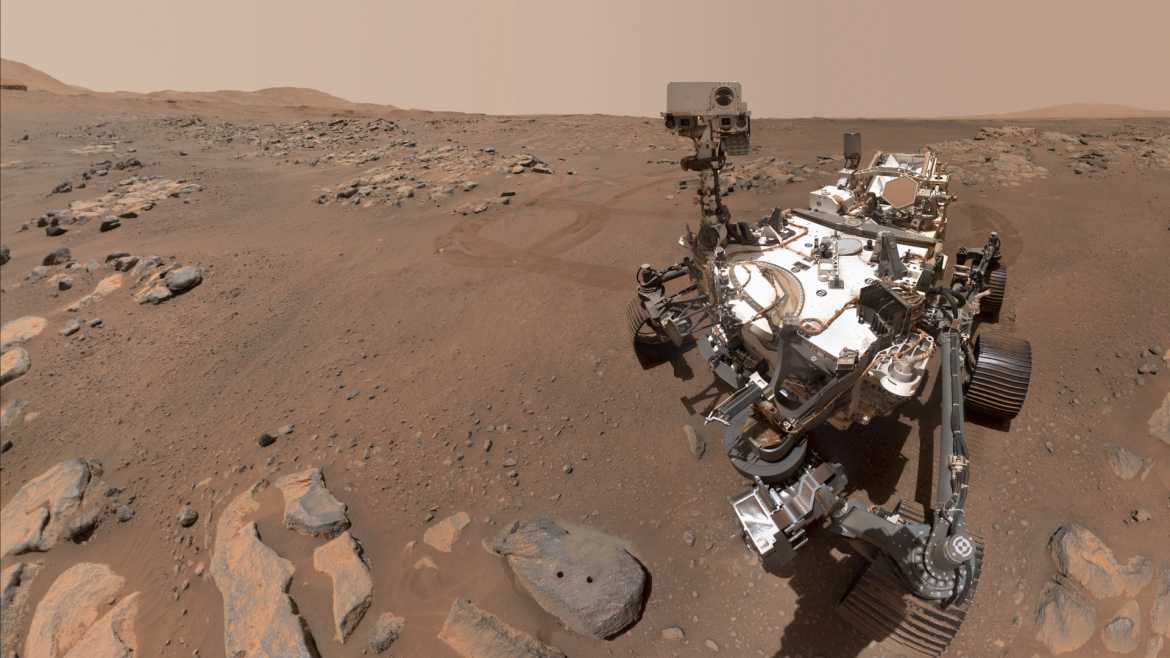 As this began, NASA’s Perseverance rover’s science team released a new paper detailing the water-filled past of Jezero Crater — the location Perseverance is currently investigating.

From Earth, Mars passes behind the Sun in an event called Mars solar conjunction. During this, Mars and Earth are opposite each other with the Sun between them.

Additionally, ionized gas released by the Sun can interfere with radio signals, corrupting commands. These corrupted commands can cause a spacecraft to exhibit unexpected — and sometimes dangerous — behavior. 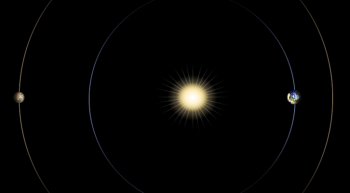 During solar conjunction occurs, some spacecraft will send small, brief signals back to Earth to let scientists know that they’re still in good health.

However, just because major communication with Earth is halted does not mean Martian spacecraft stop collecting science.

While stationary for the conjunction, Perseverance is using its Mars Environmental Dynamics Analyzer (MEDA) instrument to take weather measurements in Jezero Crater. Additionally, the rover is looking for dust devils with cameras on its mast, running the Radar Imager for Mars’ Subsurface Experiment (RIMFAX) instrument, and recording sounds with its microphones.

The Ingenuity rotorcraft, currently located 175 meters from Perseverance, is communicating with the rover and reporting its status weekly.

Curiosity, that is currently exploring the slopes of Mount Sharp in Gale Crater, will stay stationary as well and, like Perseverance, will take weather measurements using its Rover Environmental Monitoring Station (REMS) instrument.

Furthermore, Curiosity will take radiation measurements with its Radiation Assessment Detector (RAD) and Dynamic Albedo of Neutrons (DAN) instruments while also looking for dust devils with its cameras.

You see that little white speck next to some Martian sand dunes?

Currently, Perseverance is parked in an area called South Séítah in Jezero Crater. The rover will stay here as Mars solar conjunction occurs, and will resume science operations in mid-October. pic.twitter.com/KZTd7GfnYJ

InSight, which recently recorded three large Marsquakes and celebrated its 1,000th Sol (Martian day) in Elysium Planitia, will continue listening for other large Marsquakes with its seismometer during the solar conjunction.

Lastly, NASA’s three operating Mars orbiters — Odyssey, Mars Reconnaissance Orbiter (MRO), and MAVEN — will continue to collect science of their own while in orbit.

The orbiters will continue to send some data to Earth from surface missions when needed.

This year’s Mars solar conjunction will end on October 14. Nominal communications with all spacecraft are expected to resume on that day as well.

Jezero Crater, Perseverance’s landing and research location, has long been thought to be the home of ancient flowing water. Clues and hints to its watery past have been found by Perseverance and orbiting spacecraft, but new images from the rover seem to confirm that Jezero was once subject to significant flooding.

Specifically, images of escarpments — steep slopes formed from sediment accumulating at the mouth of a river — show that Jezero Crater’s fan-shaped delta once experienced late-stage flooding events in Mars’ past.

These floods are what likely shaped many of the rocks, debris, and other surface features seen in Jezero today.

Perseverance’s team has long planned to visit the river delta in Jezero, and the new images are the beginning of a full investigation into the possibility that microbial life once lived in ancient Jezero’s river delta.

The images are part of a study released by the Perseverance science team and were captured using the rover’s Remote Micro-Imager (RMI) as well as the left and right Mastcam-Z cameras.

In addition to their scientific value, the images highlight potential areas where the rover could collect future surface samples — which Perseverance successfully did for the first time a few weeks back.

One prominent feature in the images is called “Kodiak,” one of many outcroppings in Jezero Crater. Kodiak had previously only been imaged from orbit, but when Perseverance arrived in February and imaged the outcrop, significant rock layering and ordering — or stratigraphy — was seen, indicating that the outcrop was intact and present when the river delta featured flowing water.

“Never before has such well-preserved stratigraphy been visible on Mars. This is the key observation that enables us to once and for all confirm the presence of a lake and river delta at Jezero,” said Nicolas Mangold, lead author of the study and a Perseverance scientist from the Laboratoire de Planétologie et Géodynamique in Nantes, France. 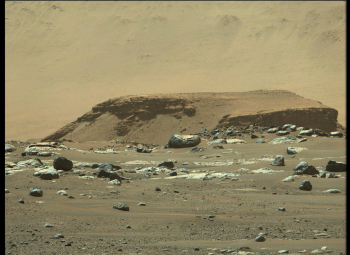 However, the biggest surprise to scientists came in the form of several escarpments, or scarps, along the river delta.

The scarps imaged by Perseverance showed stratigraphy that was similar to Kodiak; however, as the rover’s cameras imaged the upper portions of the scarps, boulders and stones were seen resting there as well.

“We saw distinct layers in the scarps containing boulders up to 1.5 meters across that we knew had no business being there,” said Mangold.

So what is the significance of boulders and stones resting on these scarps?

The rocks atop the scarps could have only been placed there by fast-moving waters — like a flash flood moving at speeds ranging from 6-30 kph.

What’s more, the layers in the scarps mean that Jezero’s river delta had to have been transformed by fast-moving flash floods like the ones that placed the rocks on the scarps.

“These results also have an impact on the strategy for the selection of rocks for sampling,” said Sanjeev Gupta, co-author of the new study and a Perseverance scientist from Imperial College, London.

“The finest-grained material at the bottom of the delta probably contains our best bet for finding evidence of organics and biosignatures. And the boulders at the top will enable us to sample old pieces of crustal rocks. Both are main objectives for sampling and caching rocks before Mars Sample Return.” 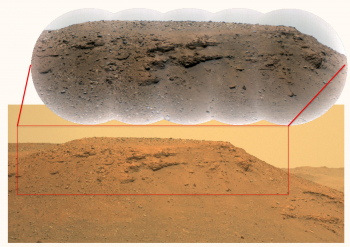 However, the floods of Jezero weren’t the only waters present during Mars’ ancient past.

Jezero is thought to have once been an ancient lake as well.

The study from Mangold et al. adds more to this theory, describing how the water levels in Jezero’s lake are thought to have fluctuated greatly — rising and falling by dozens of meters — before the lake eventually dried up.

Due to this, the lake is thought to have risen enough to crest the crater’s eastern rim, where orbital imagery shows a remnant outflow river channel.

Although scientists are so far unable to pinpoint whether flooding or environmental changes caused these water level fluctuations, the Perseverance science team has determined they occurred late in Jezero’s water-filled past.

“A better understanding of Jezero’s delta is a key to understanding the change in hydrology for the area,” said Gupta. “And it could potentially provide valuable insights into why the entire planet dried out.”

Perseverance is expected to arrive at Jezero’s delta at the beginning of 2022 where it will then begin the second science campaign of its mission.