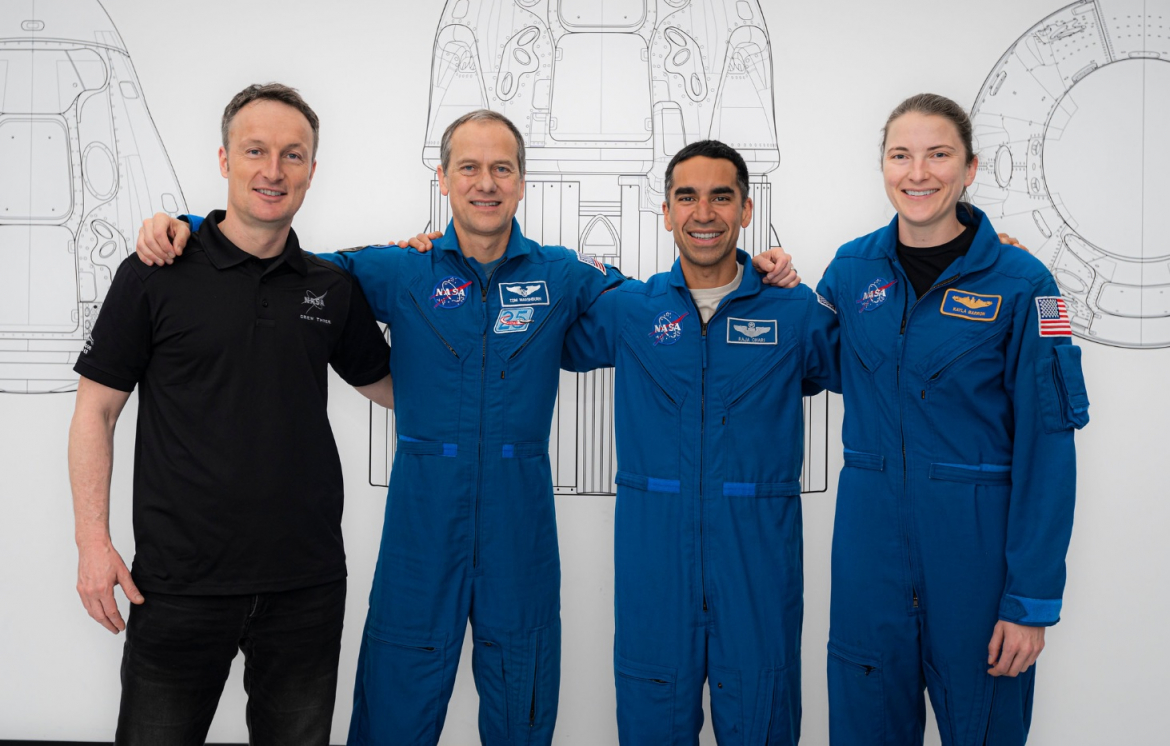 With the launch just weeks away, SpaceX, NASA, and the European Space Agency (ESA) are making final preparations for the third operational Crew Dragon mission. Crew-3 will be the third long-duration mission flown by SpaceX as part of the Commercial Crew Program.

The four Crew-3 astronauts will launch aboard a Crew Dragon spacecraft atop a Falcon 9 rocket flying from historic Launch Complex 39A (LC-39A) at the Kennedy Space Center. The launch is currently scheduled for October 30 at 2:43 AM EDT (06:43 UTC). This will be the second Commercial Crew mission to utilize a flight-proven first stage, booster B1067-2, although the astronauts will ride aboard a brand new Dragon capsule, C210-1.

Thomas Marshburn is making his third flight, serving as Dragon’s Pilot. At 61 years old, Marshburn will become the third-oldest astronaut to reach orbit: 28 days younger than Story Musgrave was during STS-80.

Matthias Maurer and Kayla Barron are both rookie astronauts, flying as Mission Specialists aboard Crew-3. 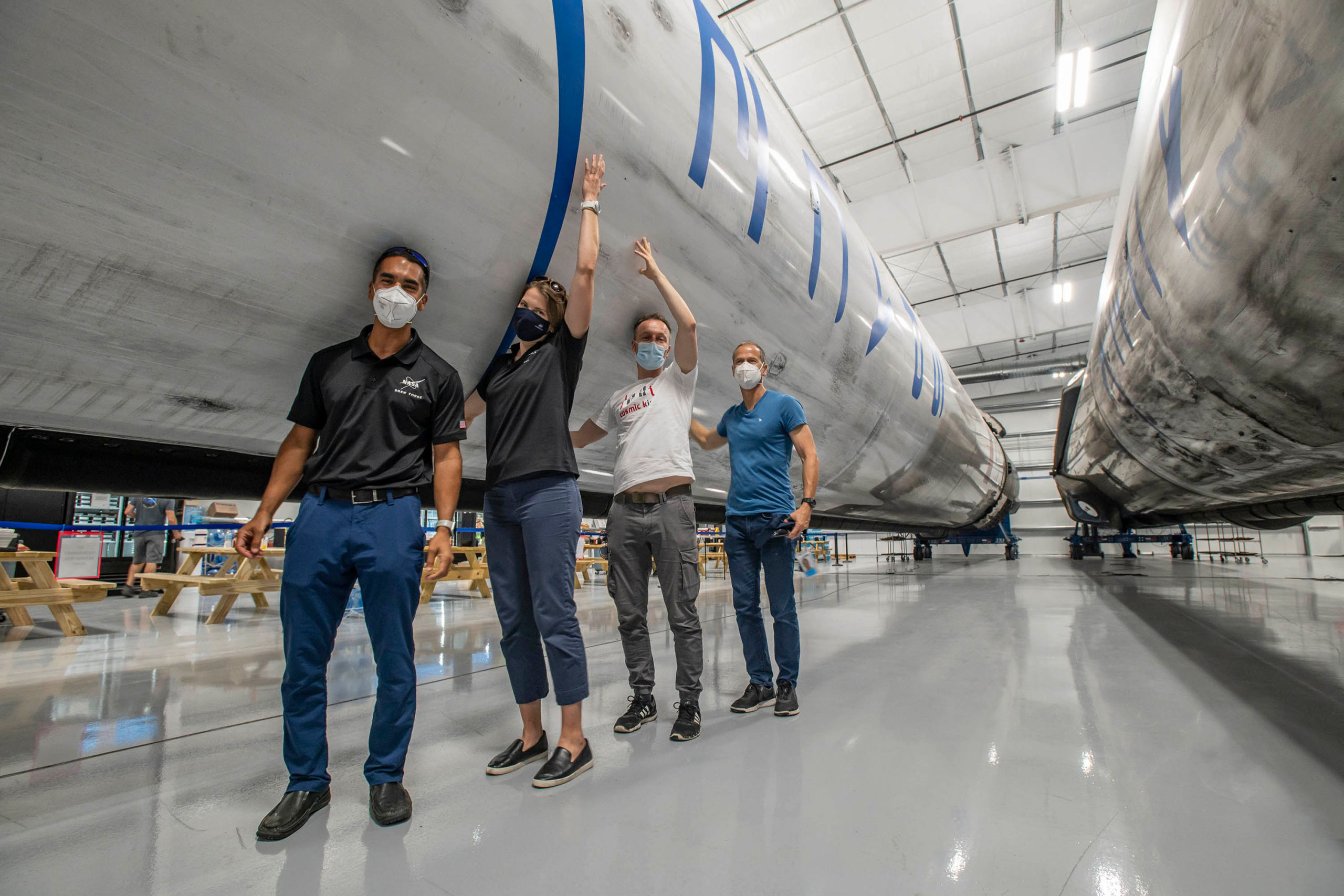 In preparation for their mission, the crew has undergone training in Russia and the United States. This is completed about a month before launch, and with two weeks to go, the crew will enter the standard pre-launch quarantine period.

The capsule has serial number C210-1, although its name has yet to be announced. It will join the two operational Crew Dragons in SpaceX’s fleet: Endeavour is currently docked at the International Space Station on the Crew-2 mission, while Resilience recently returned from orbit after completing the Inspiration4 flight.

With five Crew Dragon missions – including the uncrewed Demo-1 – under its belt, SpaceX will use the lessons learned from its previous flights to make future Dragon spacecraft even safer. During September’s three-day Inspiration4 mission, there were issues found during the flight.

One such problem was with a fan that was used with Dragon’s toilet, with a fix quickly implemented. A backup temperature sensor in one of the Draco thrusters was found to be returning bad data, which resulted in the faulty sensor being turned off for the remainder of the mission. 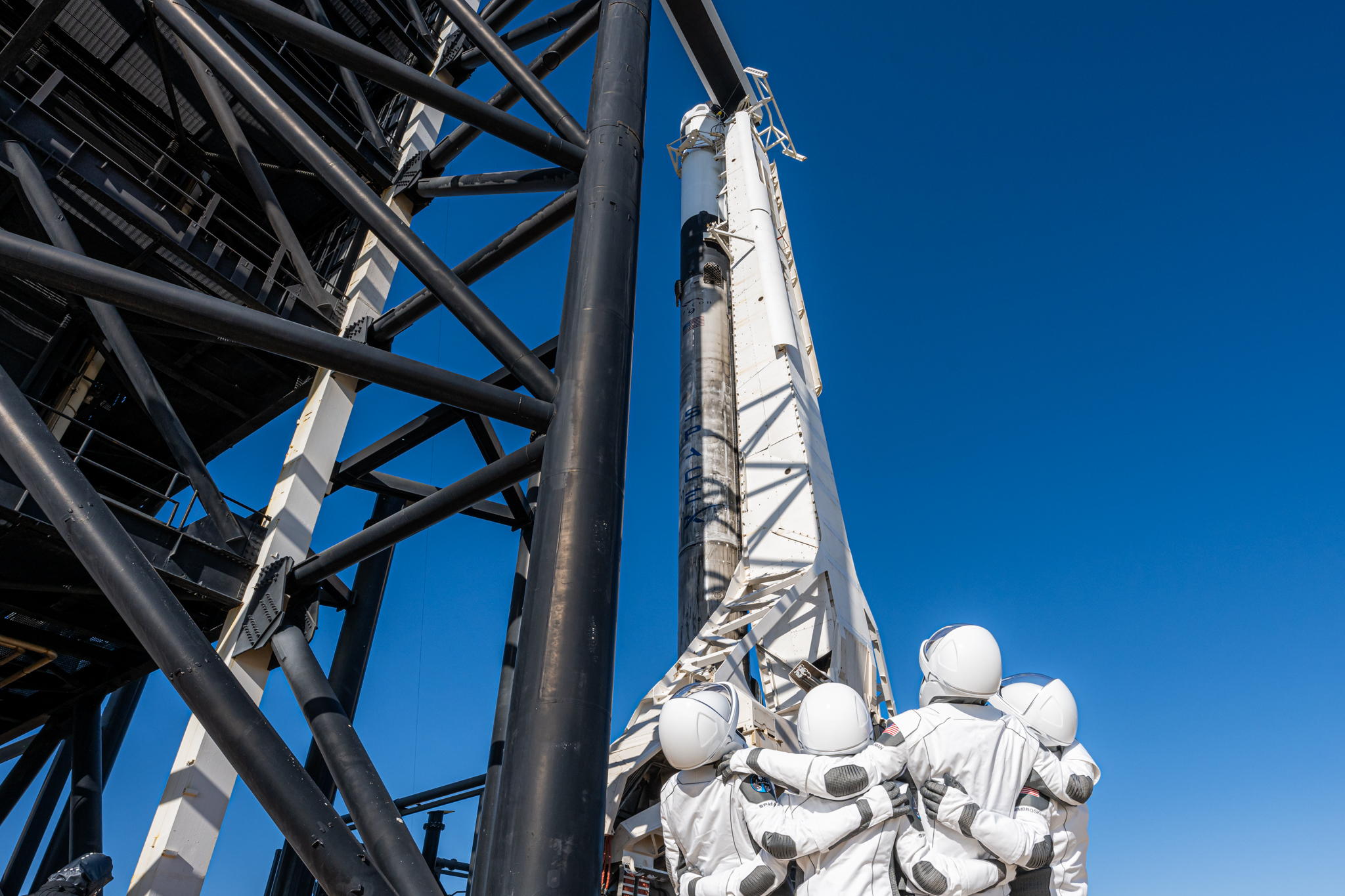 Even with these minor issues, Dragon operated near-perfectly during its first-of-a-kind mission. Dragon Resilience spent three days in a 575 km orbit before successfully splashing down in the Atlantic Ocean. After the flight, Dragon had about half of its fuel remaining with enough consumables for another two days in orbit. Resilience will now be refurbished by SpaceX to be used on a future flight.

The Inspiration4 flight will be followed by many other commercial missions, including four flights for Axiom Space and one for Space Adventures. The first Axiom mission, Ax-1, is currently targeting a launch on February 21, 2022.

Dragon spacecraft are manufactured at SpaceX’s headquarters in Hawthorne, California. After completing construction and testing in Hawthorne, C210-1 was delivered to the Dragon Processing Facility in Florida.

Currently, with a month to go until launch, Dragon is undergoing pre-launch testing and final assembly. This includes electromagnetic interference and acoustic testing, as well as integrated testing of the overall Dragon spacecraft. The expendable trunk section, which houses the spacecraft’s solar panels and radiators, will be installed around this time. This is also manufactured in Hawthorne and shipped to Florida for integration.

Crew-3 will be the third Dragon mission to launch aboard a Falcon 9 with a flight-proven first stage. Booster B1067-2 previously supported the CRS-22 mission in June 2021. Since then, it has been in storage and undergoing refurbishment and inspection prior to the Crew-3 mission. B1067 was the first Falcon 9 booster not to conduct a static fire test before its first flight. It will be the fourth different booster to launch a crewed mission. 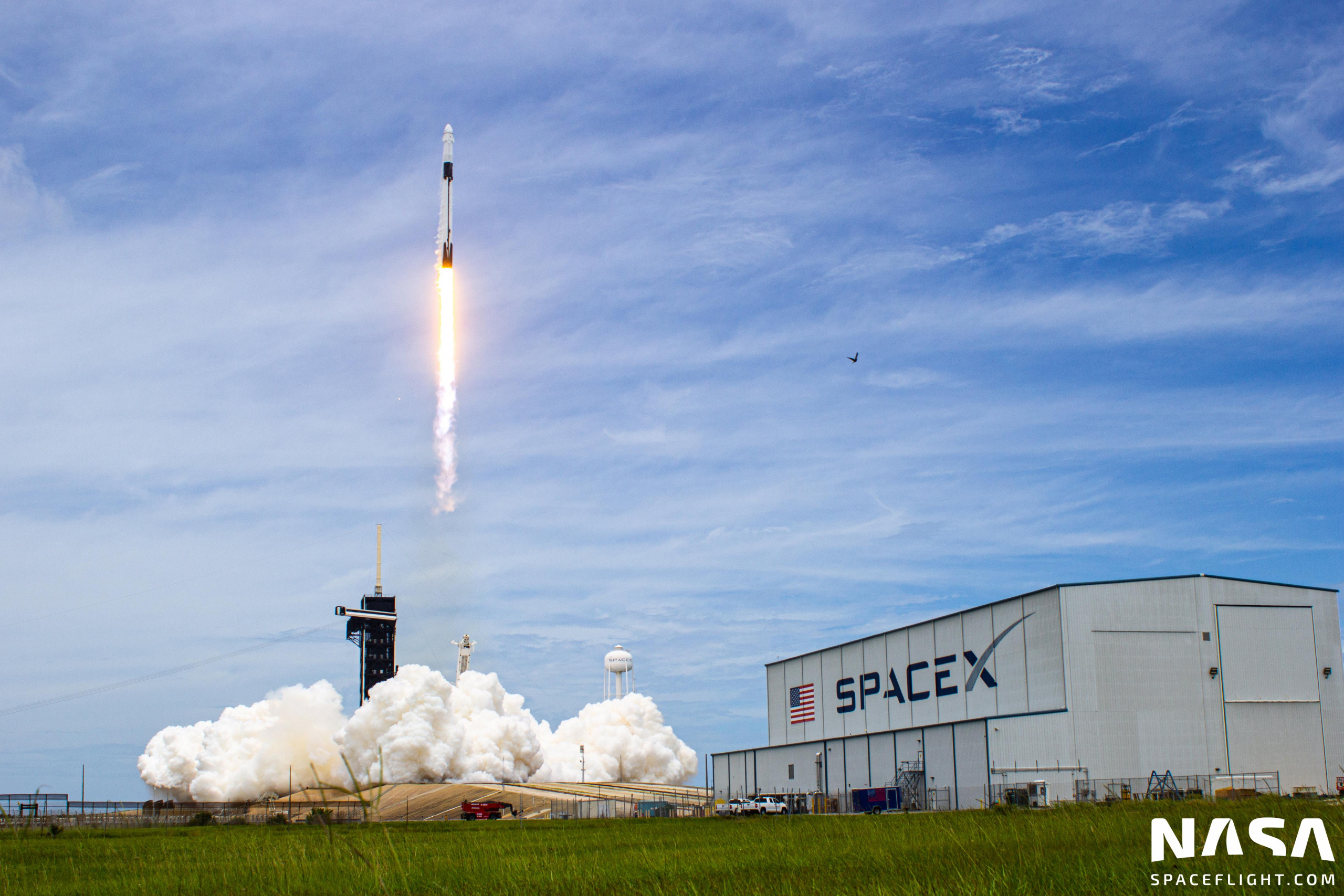 Falcon 9 B1067 makes its first flight on the CRS-22 mission. (Credit: Thomas Burghardt and Stephen Marr for NSF/L2)

After its role in the Crew-3 launch, B1067-2 is expected to be recovered again, landing aboard one of SpaceX’s Autonomous Spaceport Drone Ships located approximately 560 km downrange. After being returned to Port Canaveral, the booster will be available for assignment to future SpaceX launches.

After booster B1067-2 completes its refurbishment at SpaceX’s Hangar X facility, it will be delivered to the Horizontal Integration Facility (HIF) at Launch Complex 39A. Falcon’s second stage could be installed atop the booster either at the HIF or while still at Hangar X, completing the Falcon 9 rocket.

The United States Space Force 44 (USSF-44) mission will also be launching from 39A in the near term. USSF-44 will launch on a Falcon Heavy rocket, which requires modifications to the Transporter Erector (T/E) and the pad compared to its Falcon 9 and Crew Dragon configuration. It is not clear whether SpaceX intends to carry out the USSF-44 mission before or after Crew-3 launches.

The T/E, also known as the strongback, is used to provide support to Falcon 9 and Dragon before launch. It is currently configured with service equipment to support a Dragon spacecraft instead of a satellite payload encapsulated within a fairing.

Once integrated, the completed Falcon 9 will be placed on the Transporter Erector. Once Crew Dragon has completed its testing and final integration, it will also be delivered to the HIF. From there it will be stacked onto the Falcon 9, kicking off the final preparations for launch.

Shortly after the final stacking is complete, the T/E will roll out to the launch site to begin a series of tests, culminating in a static fire. This will be a major milestone, serving to test the rocket and spacecraft systems before launch without a crew aboard. During the static fire, the launch teams will work through the launch day countdown, including fueling the Falcon 9 and test firing all nine of its first stage engines for a few seconds. The static fire will take place roughly five days before launch. 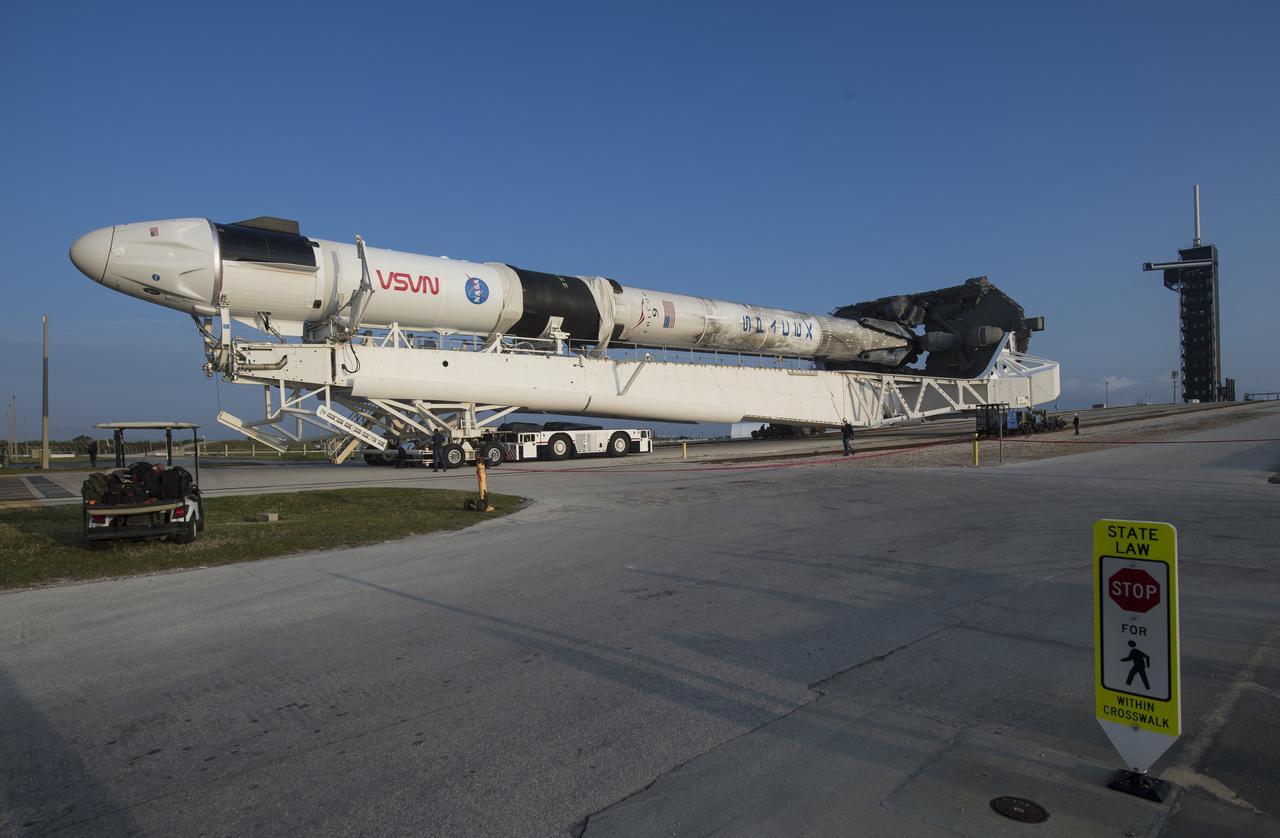 B1061-2 and Dragon Endeavour rolling out to LC-39A for pre-launch testing. (Credit: NASA)

Two critical reviews take place in the days before the launch. A Flight Readiness Review (FRR) will be completed a week before launch and static fire. This will involve NASA, SpaceX, ESA, and other stakeholders who will confirm that everything is ready to support the Crew-3 mission.

After the testing and launch activity practices are complete, SpaceX and NASA will complete a Launch Readiness Review (LRR). The LRR will mark the final review and approval before Crew-3 launches.

The launch day for Crew-3 will be nearly identical to all four of Dragon’s previous crewed flights. Four hours before launch, the crew will suit up before traveling to the launch pad aboard modified Tesla Model X cars. From there, the crew will board an elevator to ascend the pad’s Fixed Service Structure before entering Dragon through the Crew Access Arm (CAA). They will be assisted by SpaceX’s pad team.

After the pad team is evacuated, at T-45 minutes, the SpaceX Launch Director will conduct a final Go/No-Go poll for launch and propellant loading. Once this is complete, the Crew Access Arm will be retracted, and Dragon’s SuperDraco launch abort motors will be armed. The abort system is designed to pull Dragon away to safety should an anomaly occur with the Falcon 9 during fueling or launch.

The launch is currently planned for 2:43 AM EDT on October 30. Falcon 9 will take a little under nine minutes to boost Dragon into Low Earth orbit (LEO), with spacecraft separation occurring a few minutes after Dragon reaches orbit. Following the launch, Dragon C210 will perform a series of orbit-raising maneuvers before approaching the ISS and performing an automated docking to the forward port of the Harmony module. 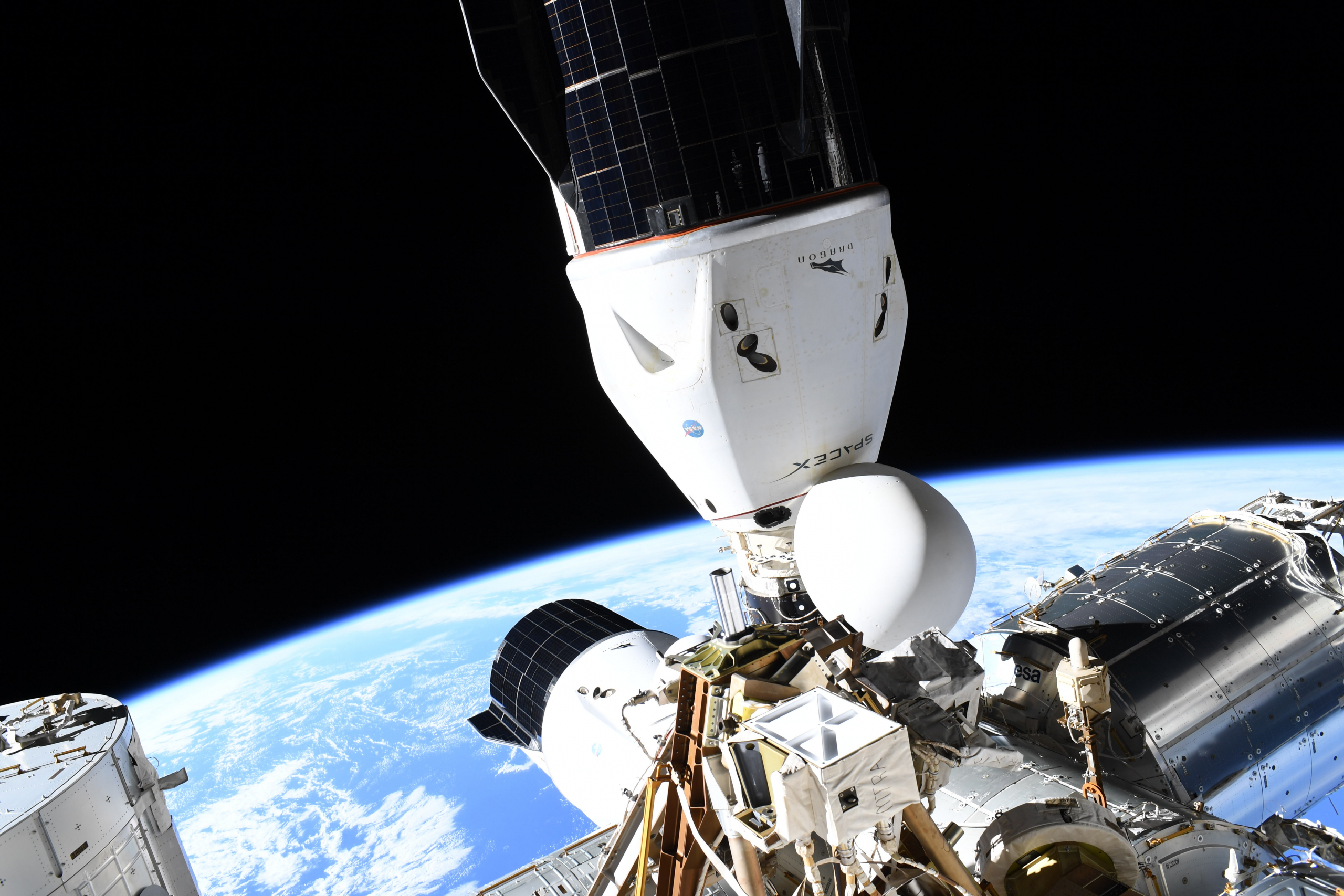 In preparation for Crew-3’s arrival, a Cargo Dragon spacecraft flying the CRS-23 mission departed the ISS at 13:12 UTC on Thursday, September 30. The 31-day CRS-23 mission delivered supplies to the space station, with its Dragon spacecraft subsequently returning to Earth for re-use. Its departure freed up the forward docking port for Crew-3’s Dragon C210 to take its place.

Once docked, Dragon and its crew will remain at the ISS for approximately six months. They will join the Expedition 66 crew, temporarily increasing the total ISS crew to 11 during a short handover period. This will end with the departure of the Crew-2 Dragon spacecraft, Endeavour, and its astronauts back to Earth. Endeavour’s departure will mark the transition from Expedition 66 to Expedition 67, and bring the station’s crew complement back down to seven.

The Crew-4 mission, currently expected to arrive in April 2022, will replace Crew-3, with another short transition period before Dragon C210 departs with its crew for their journey home.