Unfolding the universe: the commissioning process of the James Webb Space Telescope 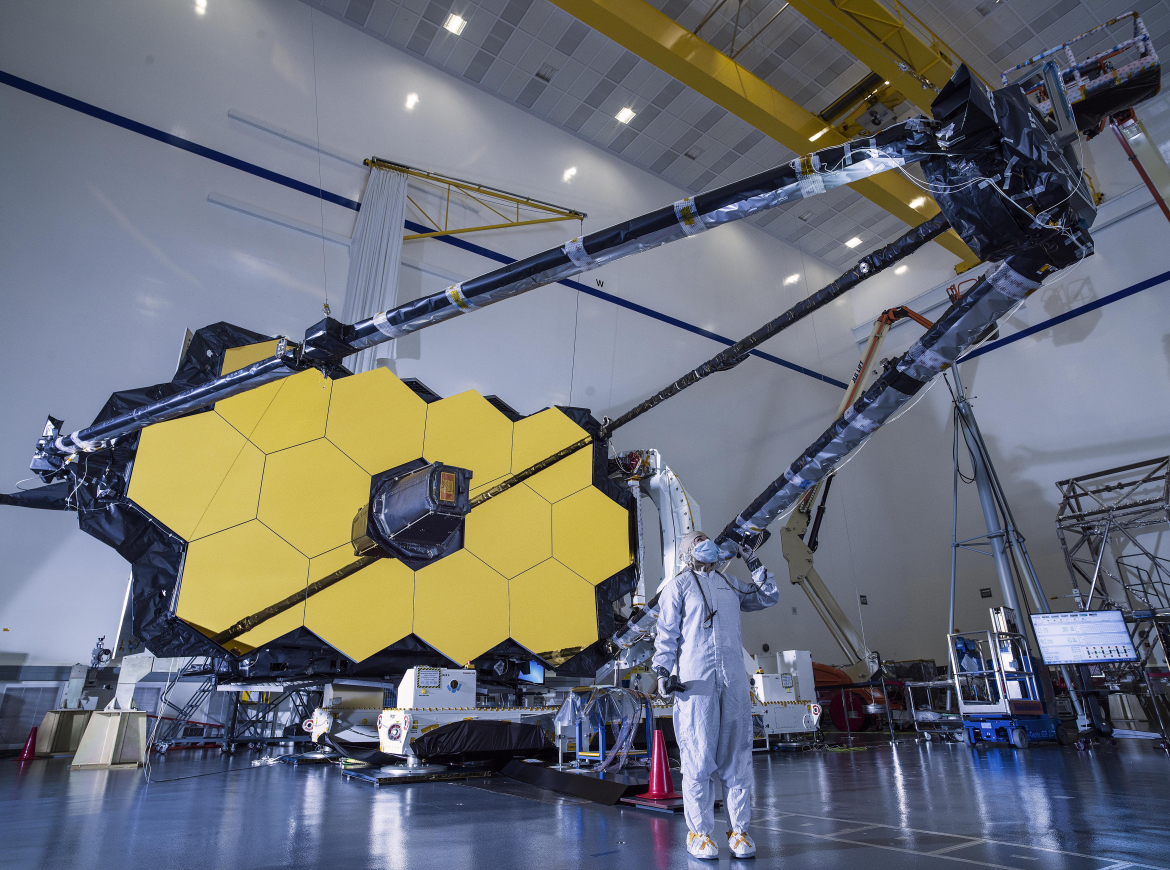 This December, an Ariane 5 rocket will launch from Kourou, French Guiana carrying the most complicated telescope ever developed — the joint NASA/ESA/CSA James Webb Space Telescope. However, when the telescope launches, it will not immediately be ready for scientific observations. In fact, the telescope won’t perform any observations until about six months after launch.

Following separation from the Ariane 5 second stage, James Webb will spend the next month deploying all of its instruments, mirrors, and structural systems that will be used for scientific observations. Once the telescope reaches its orbit at Earth-Sun Lagrange Point 2 (L2), it will spend up to six months performing tests and calibrating systems for observations.

This entire deployment and testing process is called commissioning and it is a vital part of a spacecraft’s life and ultimately determines if a spacecraft will be able to properly function as expected. For James Webb, commissioning is an extremely important process that the entire telescope team will monitor.

To gain insight into James Webb’s commissioning process and what the process will be like for the team, NASASpaceflight spoke with Keith Parrish, James Webb’s Observatory Manager and Commissioning Lead.

“Commissioning actually starts when the rocket leaves the ground. So once Ariane 5 takes off, that’s when we say commissioning is starting,” Parrish said. 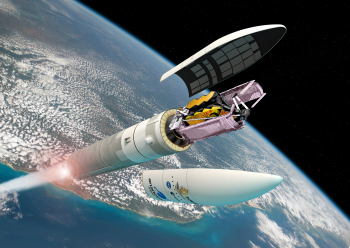 Artist’s depiction of Ariane 5 fairing seperation during the launch of JWST. (Credit: ESA)

“So commissioning really starts with that first day of activities, which is getting safely on orbit. That’s our entire goal. We’re completely focused on just getting the observatory on orbit safely. We define ‘safe’ as Webb is talking to the ground, its solar arrays are deployed and generating power, and we’re on our way to L2. It’s a really fast compressed time period from the time that James Webb leaves the ground to it getting on orbit.”

“So now we’re on orbit. Now we do a mid-course correction phase. That’s where we will actually use Webb’s thrusters to take out any of the errors that Ariane 5 gave us. We tell the Ariane 5 team to send us in a certain direction at a certain velocity, and they’ll get us really, really close to that target. We’re talking [40,200 km/h], though, so we may have to put in a few meters per second of velocity [to get to the exact velocity and direction]. So we’re talking little tiny puffs from our onboard thruster system.”

“We do in that first day, about 12 and a half hours after launch. We’ll see how that first mid-course correction went and then about two days later we’ll do another small correction. The corrections will start getting smaller and really narrowing us down so that we’re right on that track to get to L2.”

After this, perhaps the most critical aspect of James Webb’s mission is up next — deployments.

“About three or four days after launch is actually when we go into our deployments phase.

“We’ll start our deployment phases with our sunshield deployment. We have very large pallets that are 20 to 30 feet tall that hold all of our membrane material [for the sunshield]. We have five small and very thin membranes that constitute our sunshield, and we have to unfold all that material and get it pulled into place. We start by lowering the front and back pallets down, and that takes about a day. Then over the next two to three days, we start releasing all of our release devices [on the sunshield and pallets]. We have about 170 released devices that we fire to actually release all this material and structures over the sunshield’s deployment phase. Between day three and day six, we actually get the sunshield fully deployed.”

“Also in that period, we start to see rapid cooling of our telescope and its instruments once we get that sunshield out.” 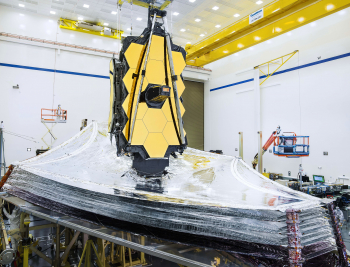 Next up is the deployment of James Webb’s 6.5 m diameter mirror — one of the largest mirrors ever flown into space, and the most complex space telescope mirror ever built.

“Somewhere around the 10 to 14-day range, we feel like we will have the primary and secondary mirror fully deployed,” Parrish said.

Next, the James Webb mirror team will start working on aligning each of the 18 individual mirror segments. Each mirror features its own motor that allows the team to “wiggle” them all into alignment.

“Then we get into a period of time where our optical folks will take about two weeks to start [aligning] those 18 mirrors around. Also during this time, we’re turning on a lot of other electronics on the telescope. We’re getting the spacecraft more and more up and running as we bring more and more systems online.”

For James Webb and its teams back on Earth, the next step in commissioning is L2 orbital insertion.

“Next, we’ll do one final mid-course correction burn that will insert us into our orbit at Lagrange Point 2, or L2,” Parrish said. “That first 30 days is action-packed and very exciting. It doesn’t stop; it’s just one activity after another, but then it actually quiets down. Over the next, two to three months we’re going to be focused on our instruments and the telescope.”

But to do that, the telescope needs to be properly cooled down.

“It takes probably three to four months to get everything down to the 30 to 50 Kelvin temperature ranges that [most instruments] need. But during that time, our optical team is continuing to align the telescope. They’re continuing to do something called a wavefront sensing exercise. That’s where they’ll use one of the cameras to actually retrieve what we call the wavefront, which is really an optical metric for how aligned the telescope is. Then, based on that data, it all comes down to the ground software to figure out all the little tiny movements that need to occur to get those 18 segments, perfectly aligned. We are really talking about nanometer precision at this point. We have small mechanisms that can move these mirrors in extremely small amounts.”

Get ready: This is how we #UnfoldTheUniverse. ⬇️

The James Webb Space Telescope is folded to fit inside its rocket. After launch, it must slowly unfold itself, step by step, as it makes its way through space. Watch the video below to experience this incredible journey! pic.twitter.com/zLi1UpPVaw

“We do something called fine guiding during this period as well. That’s actually where we bring our Canadian instrument, the fine guidance sensor, FGS, online. It’s basically a really, really high precision star tracker which lets the telescope point to its astronomical targets. That takes about two to four months.”

At this point, the sunshield has allowed James Webb to cool to its expected temperatures for observations. But how does James Webb cool some of its instruments, and how do the instrument teams work to adapt their instruments to the temperatures?

“We have a mechanical cryocooler that cools the instruments down to the temperature we need. We’re getting very, very close to absolute zero on one of our instruments. It’s the mid-infrared instrument (MIRI), and that instrument requires a mechanical cryocooler. So we’re also bringing that cooler system online. That cooler system generates vibrations, so our optical team and our cooler team are working together to tune that cooler to make sure that those vibrations don’t interfere with the optical performance of the telescope,” Parrish said.

After this, James Webb gets turned over to the instrument teams.

“We have four instruments, and [those teams] will then go through a series of calibration exercises with those instruments. These exercises range from thermal stability measurements to looking at dark areas to just calibrating out all of the artifacts in the instruments that would interfere with science observations.”

This delicate work will take about two months, bringing the total commissioning phase to about six months total. 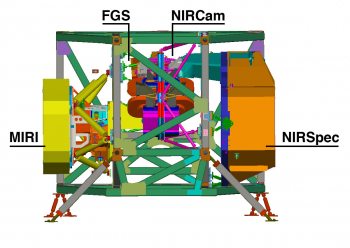 “Redundancy is important, and obviously we paid a lot of attention to what we implemented in our systems. Though the one thing we really wanted to make sure of is that when it comes to our deployments we are not on any clock. We can go as slow as we want to keep the entire Observatory safe,” Parrish said.

“For instance, we get one wing of the telescope out and the other one is being a little fussy. We’re not in any rush to worry about that. We can stand down and take plenty of time to assess it and then get back to it. So one of the keys is that we can go as slow as necessary, and it doesn’t have to be a big problem. It can just be ‘this looks a little odd to us’ and we can slow everything down and take our time.”

However, there’s always an outlier.

“We do have one deployment that we would call time-critical, and it’s our solar array — which is all autonomous, though. That’s typical of any spacecraft that’s launched; you want to get that solar array unfurled, deployed, and producing power.”

“But remember those 170 release devices? In their natural state, mechanically they want to be released. So we did a lot of work to make sure they don’t release prematurely. These release devices are also electrically redundant. We have two different systems that can actually release those devices.”

And that electrical redundancy is true for the entire telescope as well.

This electrical redundancy fills a role that wasn’t possible for a large part of James Webb — you can’t be backups for every system on board.

“Let’s just take the sunshield, for instance. You can’t have two sunshields. So you can’t have one sunshield that doesn’t work and have a full backup of that. That’s obviously not feasible at all. So we introduced mechanical redundancy into the system.”

“What we ended up getting into is that the efforts we made to make something more reliable actually made it less reliable because we introduced more parts, so we’ve actually had to balance that. So now, when it comes to something like a motor, we have what’s called dual windings. There are two sets of windings in the motor that can be accessed by those two computers. There are also two sets of wiring. So we can always have redundancy in our motors electrically all the way through the system,” Parrish said.

James Webb is currently slated to launch atop an Ariane 5 rocket from Kourou, French Guiana on December 18, 2021.