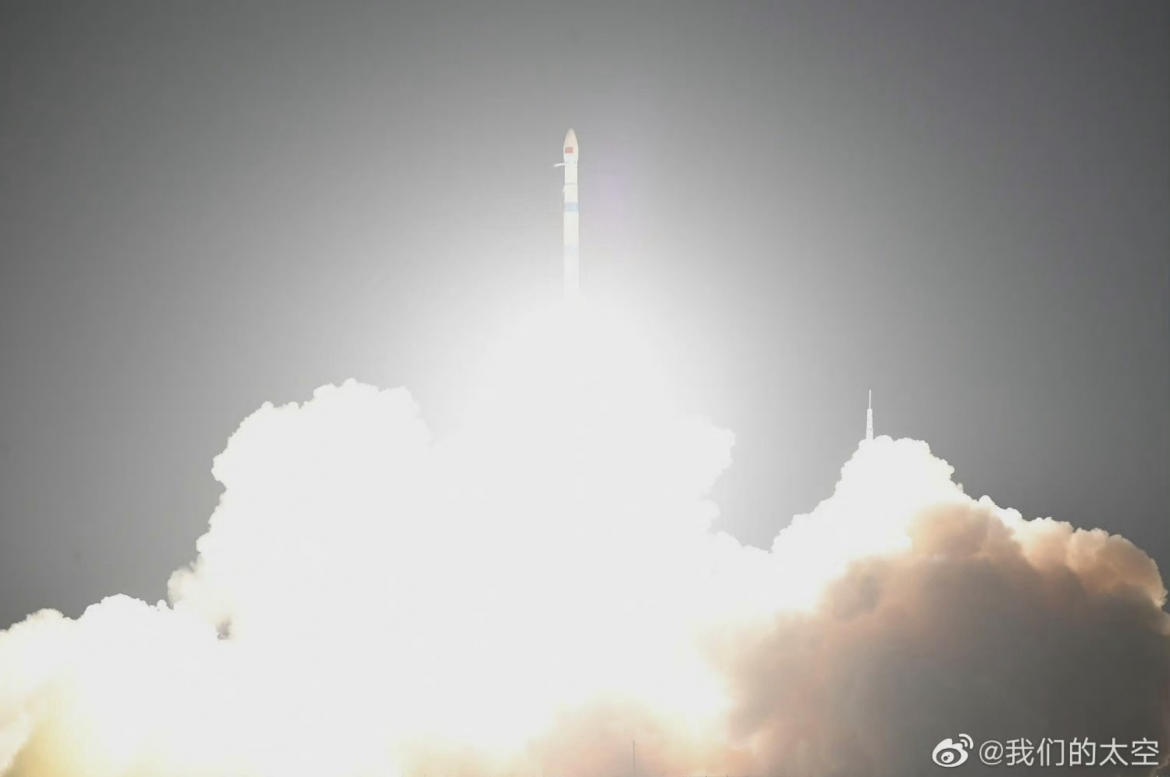 The private Chinese launch company ExPace, a subsidiary of the state-owned China Aerospace Science and Industry Corporation (CASIC), has successfully launched the Shiyan-11 technology satellite from Site 95 at the Jiuquan Satellite Launch Center in the Gobi Desert in Inner Mongolia, central China.

The ExPace Kuaizhou-1A rocket began its 13th launch — and its 12th successful flight — on November 25 at 07:41 Beijing time (23:41 UTC on November 24), launching Shiyan-11 into a sun-synchronous polar orbit. This marks the third ExPace and the third Kuaizhou-1A launch of 2021.

The Kuaizhou-1A (KZ-1A), also known as the Fei Tian 1, is an upgraded version of the Kuaizhou-1 which was developed by the China Aerospace Science and Industry Corporation (CASIC) as a quick reaction launch vehicle that could be readied on short notice to replace satellites damaged or destroyed in orbit. 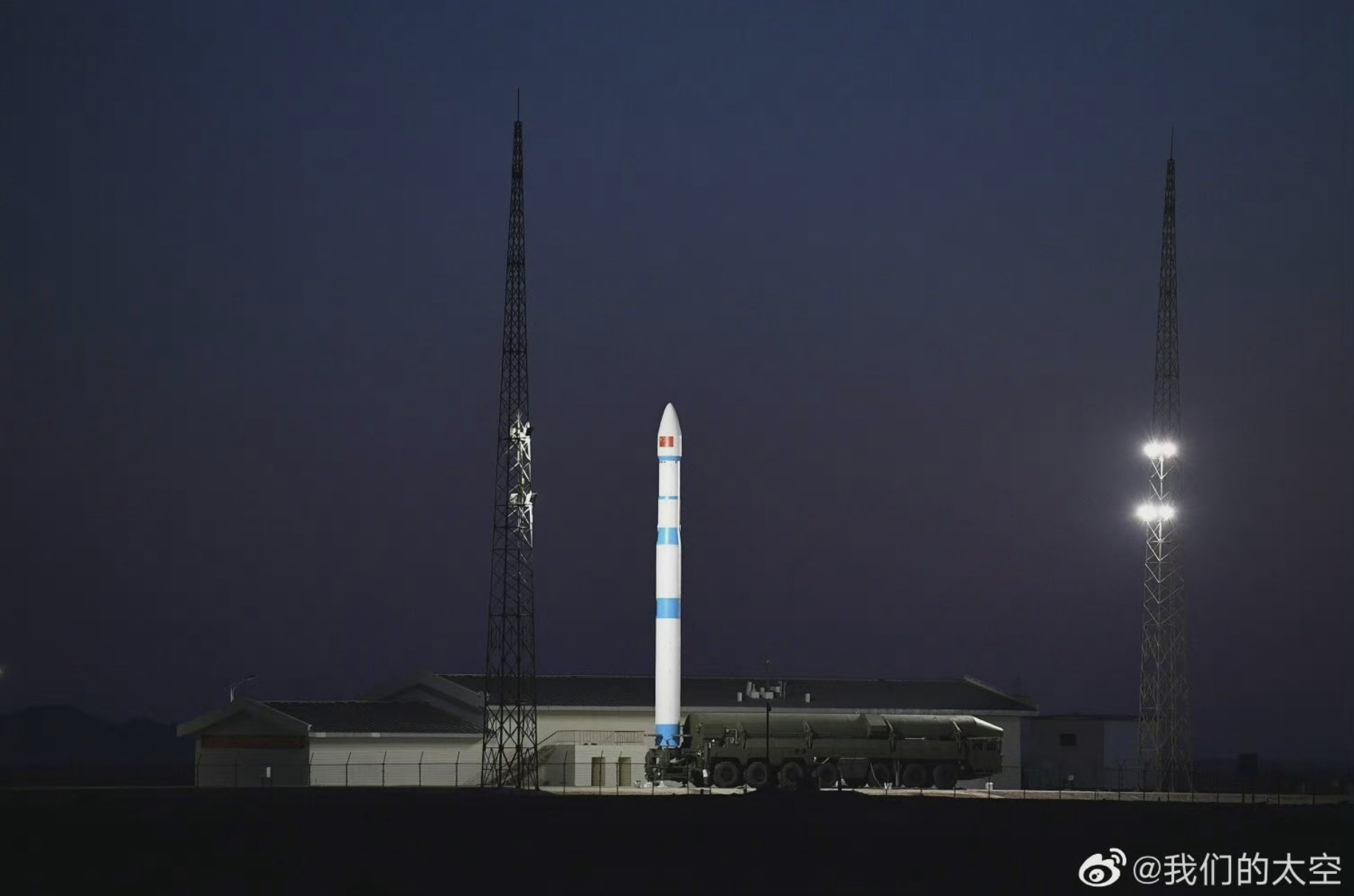 The Kauizhou-1A vehicle vertical at Jiuquan prior to launch

The KZ-1A is designed to launch after being set up by a transporter-erector launcher (TEL) vehicle, and has minimal infrastructure requirements which are claimed to bring substantial cost savings. All but two KZ-1A flights have been made from Jiuquan so far, the same space center used for crewed Shenzhou launches and dating back to the first Chinese satellite launch in 1970. Two KZ-1A flights have been made from the Taiyuan Satellite Launch Center many hundreds of kilometers to the east.

The Kuaizhou-1 is based on the Dongfeng 21 (DF-21) intermediate range ballistic missile and uses solid propellant for its first three stages, with a liquid-fueled fourth stage to inject satellites into orbit. It made its first flight in 2013, with the commercial version known as Kuaizhou-1A first flying in January 2017.

In addition, the expendable Kuaizhou-1A rocket features grid fins on the bottom of the rocket to improve flight control, in a manner similar to the Soviet N1 moon rocket, though it would not be able to use the grid fins to make a controlled landing like the reusable SpaceX Falcon 9. The KZ-1A’s lower stages fall to Earth in inland drop zones similar to those used for other Chinese launches.

The Kuaizhou-1A can launch up to 300 kilograms to low Earth orbit or 250 kilograms to a 500-kilometer sun-synchronous orbit at an advertised price point of $20,000 per kilogram. The vehicle serial number used for the Shiyan-11 mission was Y13.

The Shiyan-11 launch was preceded by three KZ-1A launches in support of Chang Guang Satellite Technology Corporation’s Jilin-1 Gaofen-02 constellation. The first of these missions, in September 2020, suffered the only failure so far in Kuaizhou-1A’s history. A successful return to flight followed in September 2021, and the most recent launch prior to Shiyan-11 occurred in October.

Like most missions under the Shiyan Weixing name, little is known about the Shiyan-11 payload, only that it is for technology development. However, given its sun-synchronous orbit, a reasonable hypothesis would be that Shiyan-11 could be used to test Earth imaging systems or radar mapping. Other Shiyan Weixing series spacecraft have been used to test experimental technologies in different orbits, including Shiyan-10 launched earlier this year to geosynchronous orbit.

The company is eventually planning heavy lift launch vehicles in the Falcon Heavy or SLS Block 1 class (the Kuaizhou-31) that can carry up to 70 tons (150,000 lbs) to low Earth orbit, and is competing with other private Chinese companies such as iSpace, Galactic Energy, LandSpace, and LinkSpace in the emerging Chinese commercial space sector. Unlike ExPace, many of these companies are independent from the state owned CASIC. The commercial sector is a key part of China’s attempt to gain prominence in the global spaceflight industry.