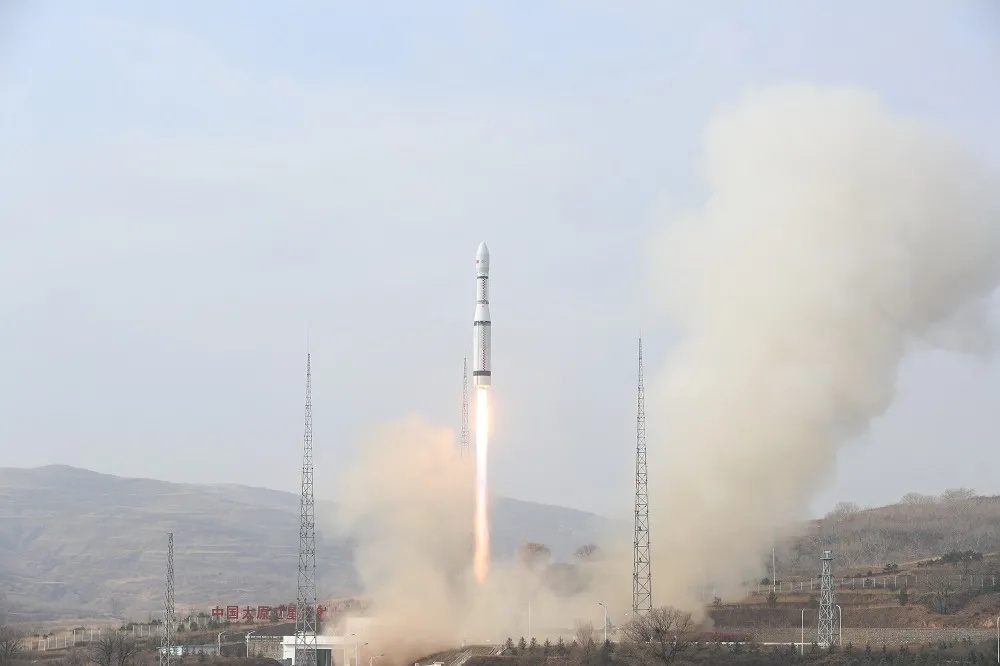 This was the 107th orbital launch attempt of the year and the 43rd such attempt for the nation of China. It was also the 3rd mission flown by the Chang Zheng 6 vehicle in 2021 and the 8th flight total since the rocket’s debut in September 2015.

With a 100% success rate, the Chang Zheng 6 is one of China’s most reliable launch vehicles. 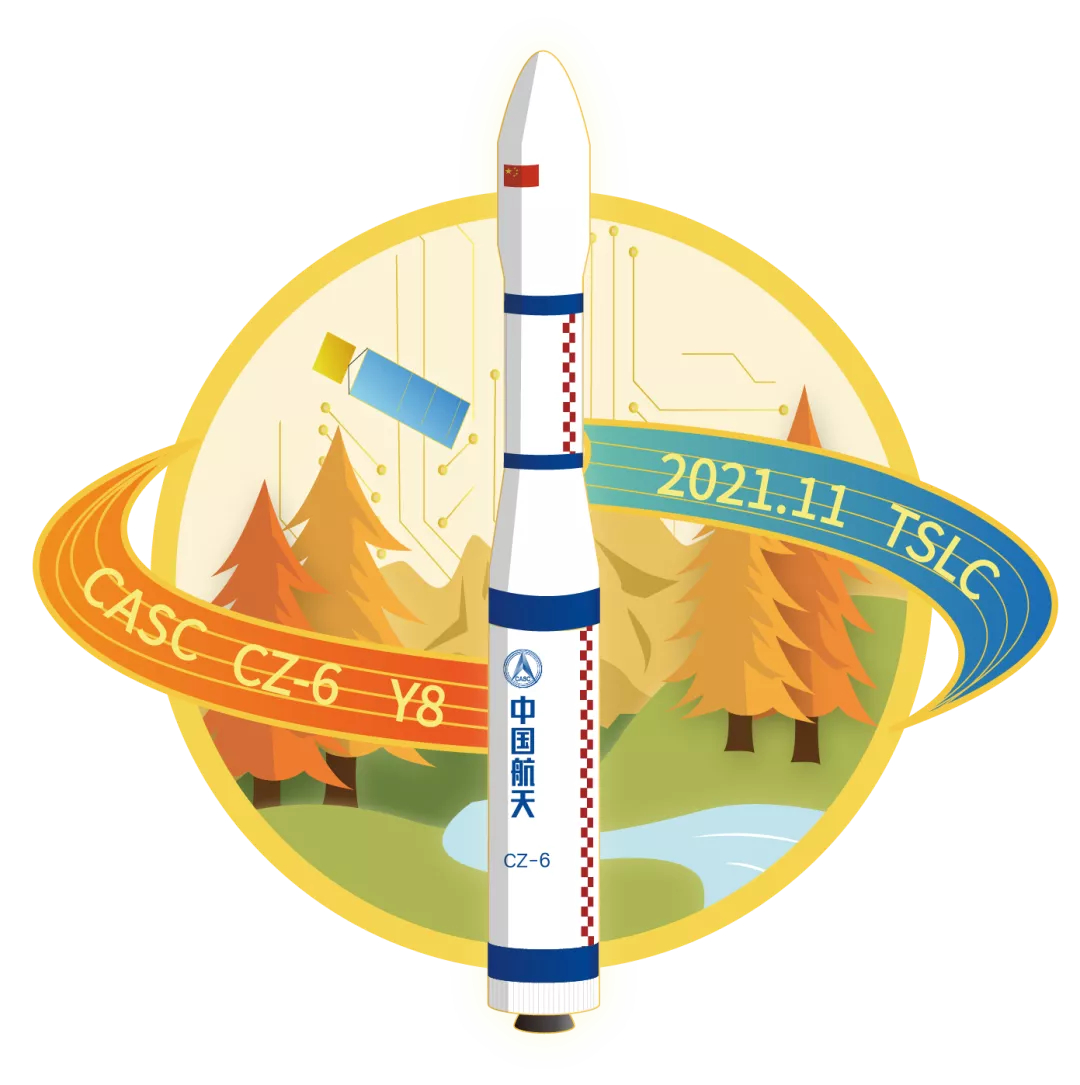 The latter propellant mixture is hypergolic, igniting on contact once the fuel and oxidizer meet in the combustion chamber of the engine. It is also incredibly toxic and corrosive, making it especially dangerous for propellant handlers and technicians.

The second stage of the Chang Zheng 6 is powered by a YF-115 engine, which also runs on RP-1 fuel and liquid oxygen as an oxidizer. Like its sibling in the YF-100, it is an oxygen-rich staged combustion cycle engine and the first such engine of its kind from China to successfully operate. 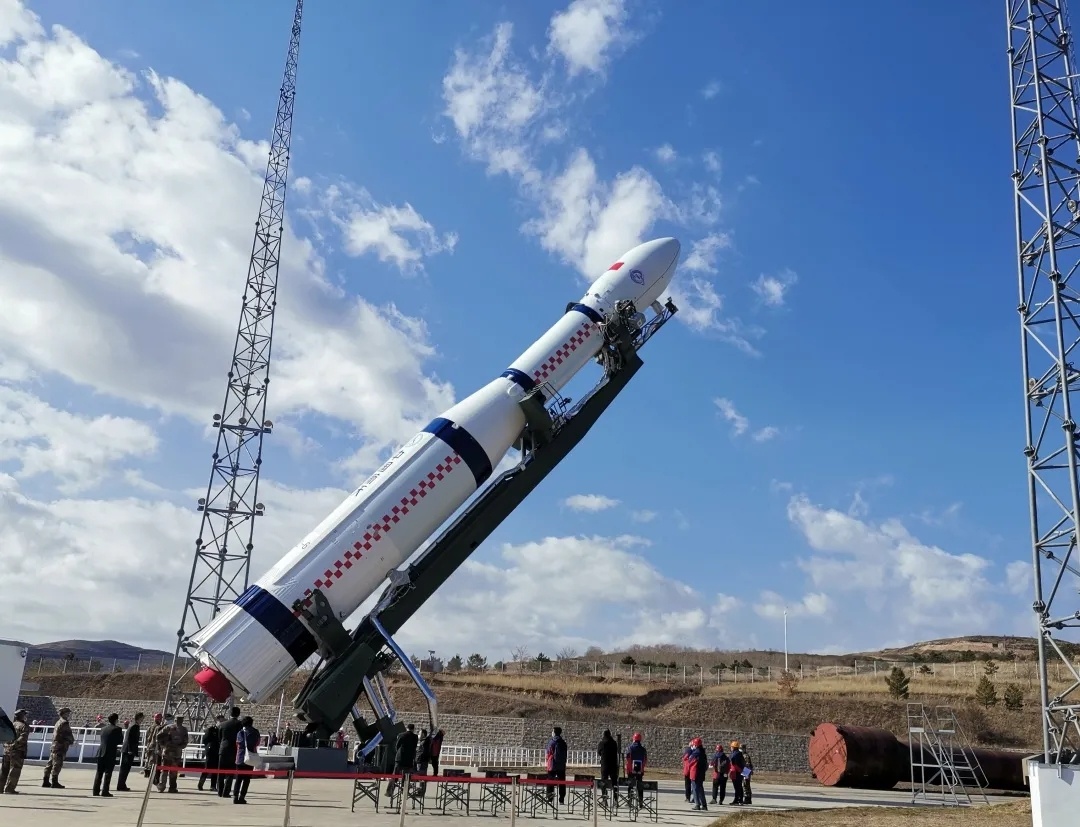 The Chang Zheng 6 vehicle’s third stage features a small engine fueled by dinitrogen tetroxide and unsymmetrical dimethylhydrazine, with a peak thrust of 6.5 kN (1,500 pounds) in vacuum and an approximate specific impulse of 307 seconds. This engine is used for fine-tuning orbital parameters before spacecraft separation.

Overall, the rocket can carry lighter-mass payloads to orbit and is a “high-speed response” launcher, acting as a complement to the heavy-lift Chang Zheng 5 (CZ-5) and the medium-heavy lift Chang Zheng 7 (CZ-7) vehicles.

The first stage of the Chang Zheng 6 was derived from the boosters developed for its heavy-lift sibling – both getting their thrust from YF-100 engines.

The payload for Friday’s Chang Zheng 6 launch was SDGSAT-1, an Earth science satellite developed by the Chinese Academy of Sciences (CAS). The exact size and mass of the spacecraft are not known, but it is designed to orbit the Earth at an altitude of 505 kilometers (313.8 miles) with an inclination of 97 degrees.

High-inclination orbits and Sun-synchronous orbits are typically used by observation satellites like SDGSAT-1, enabling the spacecraft’s onboard cameras to capture multiple images of landmarks and locations of interest at the same time each day.

Artist’s impression of the SDGSAT-1 spacecraft in orbit

SDGSAT-1 is equipped with three payloads, all related to imaging: a thermal infrared sensor, a low-light-level camera, and a multi-spectral imager. Each sensor can scan a 300 kilometer (186 mile) wide swath of territory, meaning global coverage can be achieved in approximately 11 days.

The spacecraft was designed specifically for the United Nations 2030 Agenda for Sustainable Development Goals (SDG), which is a collection of 17 interlinked steps to be taken to “achieve a better and more sustainable future for all”. These goals include stamping out poverty and hunger, instituting gender equality, and more.

Friday’s flight took place from Launch Complex 16 at the Taiyuan Satellite Launch Center, which was founded in 1966 and transitioned to full operation two years after. LA-16 has hosted every launch of the Chang Zheng 6 to date.

The Taiyuan Satellite Launch Center sits at an altitude of approximately 1,500 meters (4,920 feet) above sea level, its dry climate making it an ideal launch site for the Chinese space program. Unlike the Kennedy Space Center or the Guyana Space Centre, however, Taiyuan is located inland rather than on China’s eastern coast. This means spent rocket stages can crash-land near populated regions depending on the rocket’s flight trajectory. 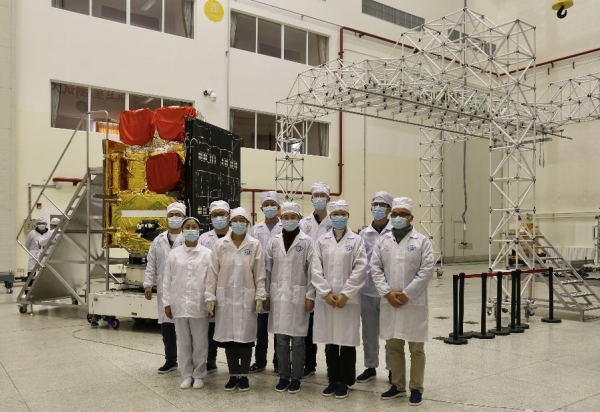 Some recent flights of Chang Zheng rockets have featured parachutes and even grid fins mounted on the first stage boosters, presumably in an attempt to mitigate any collateral damage caused by falling debris. Friday’s launch did not see this type of hardware in place.

China’s space program is currently developing a boosted variant of the Chang Zheng 6, known as the CZ-6A. This version will feature four strap-on solid rocket boosters and is said to be capable of lofting 4,000 kilograms (8,819 pounds) to a Sun-synchronous orbit. The vehicle is expected to launch on its debut flight no earlier than November or December 2021.

(Lead image: Chang Zheng 6 lifts off from LA-16 at Taiyuan.)