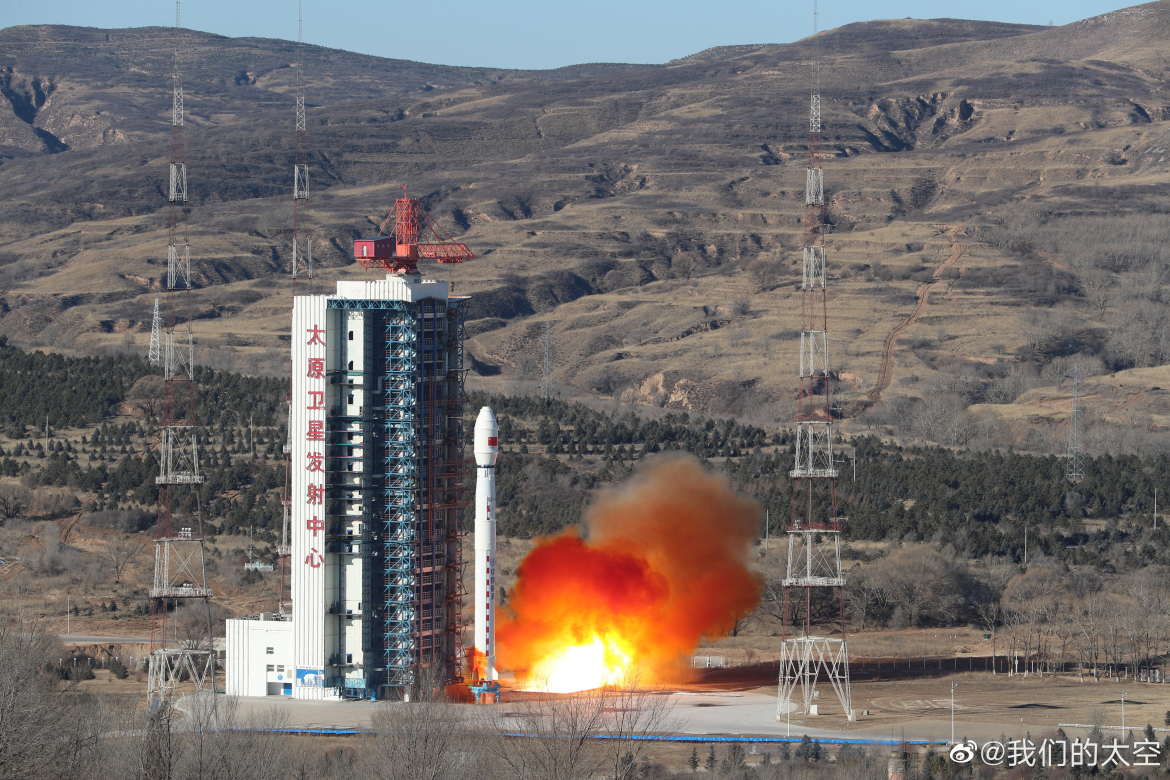 China has deployed a new Earth resources observation satellite Sunday via its Chang Zheng 4C rocket. The Ziyuan-1 02E satellite, along with an amateur radio CubeSat, lifted off from the Taiyuan Satellite Launch Center at 03:11 UTC (11:11 Beijing Time).

Ziyuan (ZY), meaning Resource, is a series of remote-sensing satellites which China uses to acquire high-resolution images that can be used for surveying Earth resources, disaster management, and ecological and land use monitoring.

The first Ziyuan satellite, Ziyuan-1 01, was launched in 1999 in a partnership between China and the Brazilian national space agency, INPE. Six of the nine Ziyuan satellites launched to date have been part of the China-Brazil Earth Resources Satellite (CBERS) program, with the other three – including Ziyuan-1 02E – being solely Chinese-operated. Three more all-Chinese Ziyuan-3 satellites have also been launched, while the designation Ziyuan-2 was applied to a trio of military reconnaissance satellites deployed in the early 2000s, which are not part of the civilian Ziyuan series.

Ziyuan-1 02E is believed to be similar in design to the Ziyuan-1 02D satellite launched in September 2019. It carries the same two imaging payloads: a high-resolution visible and near-infrared camera and a hyperspectral imager, as well as a new long-wave infrared camera. 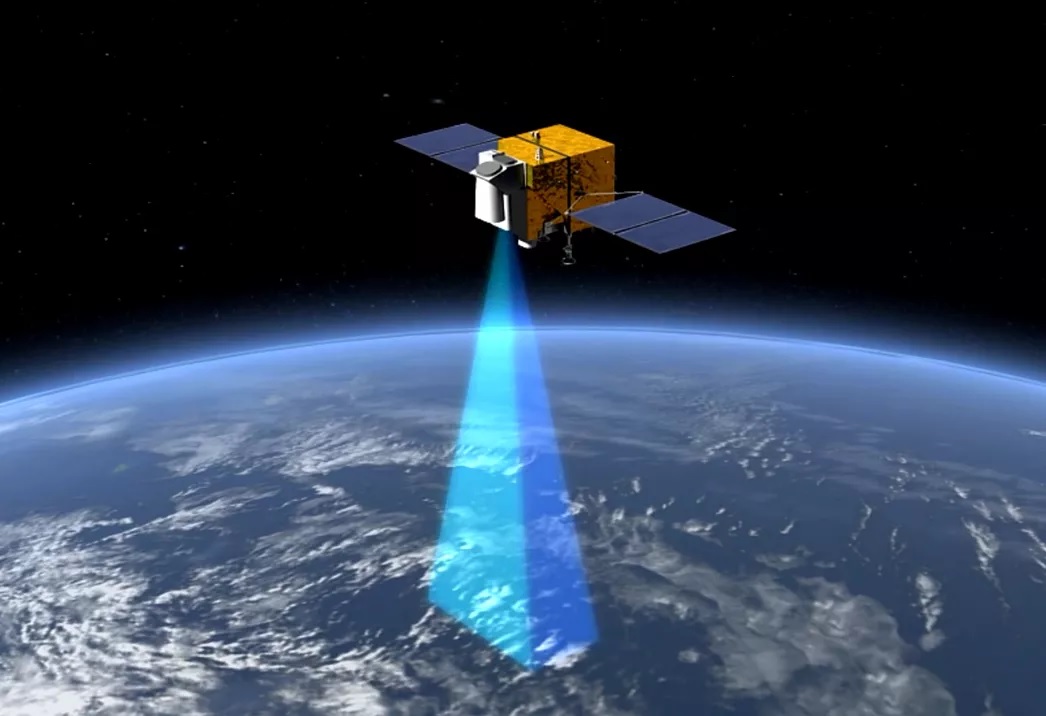 The Ziyuan-1 02D spacecraft had a mass at launch of 1,840 kilograms, with Ziyuan-1 02E likely having a slightly higher mass due to the presence of the additional infrared imager. It launched on a Chang Zheng 4C carrier rocket instead of the Chang Zheng 4B that was used for the previous launch. This could indicate that the new satellite requires the additional performance that the 4C configuration provides – although the change in rocket could also be down to availability, differences in launch profile, or other factors.

Ziyuan-1 02E shared its journey into orbit with Xiwang 3 (XW-3), a CubeSat built by the Chinese Amateur Satellite Group (CAMSAT). Also named Chinese Amateur Satellite 9 (CAS-9), XW-3 has been built to the six-unit CubeSat standard, measuring 30 by 20 by 10 centimeters prior to deployment with a mass of about 10 kilograms. A pair of deployable solar arrays, unfurled after launch and each consisting of two panels, provide the satellite with power throughout its mission, with its expected draw being around 15.2 watts.

Xiwang – meaning Hope – is equipped with a small visible-light camera whose images will be downlinked along with telemetry through a GMSK-modulated downlink which will be openly accessible to amateur radio enthusiasts. It also carries a telemetry beacon, an x-band transponder and a thermoelectric generator – the latter being carried as part of a high school experiment.

Sunday’s launch made use of China’s Chang Zheng 4C (CZ-4C) rocket, serial number Y39. This vehicle is also known as the Long March 4C, and is part of the family of older Chang Zheng rockets that have been at the center of China’s space activities over the last few decades. 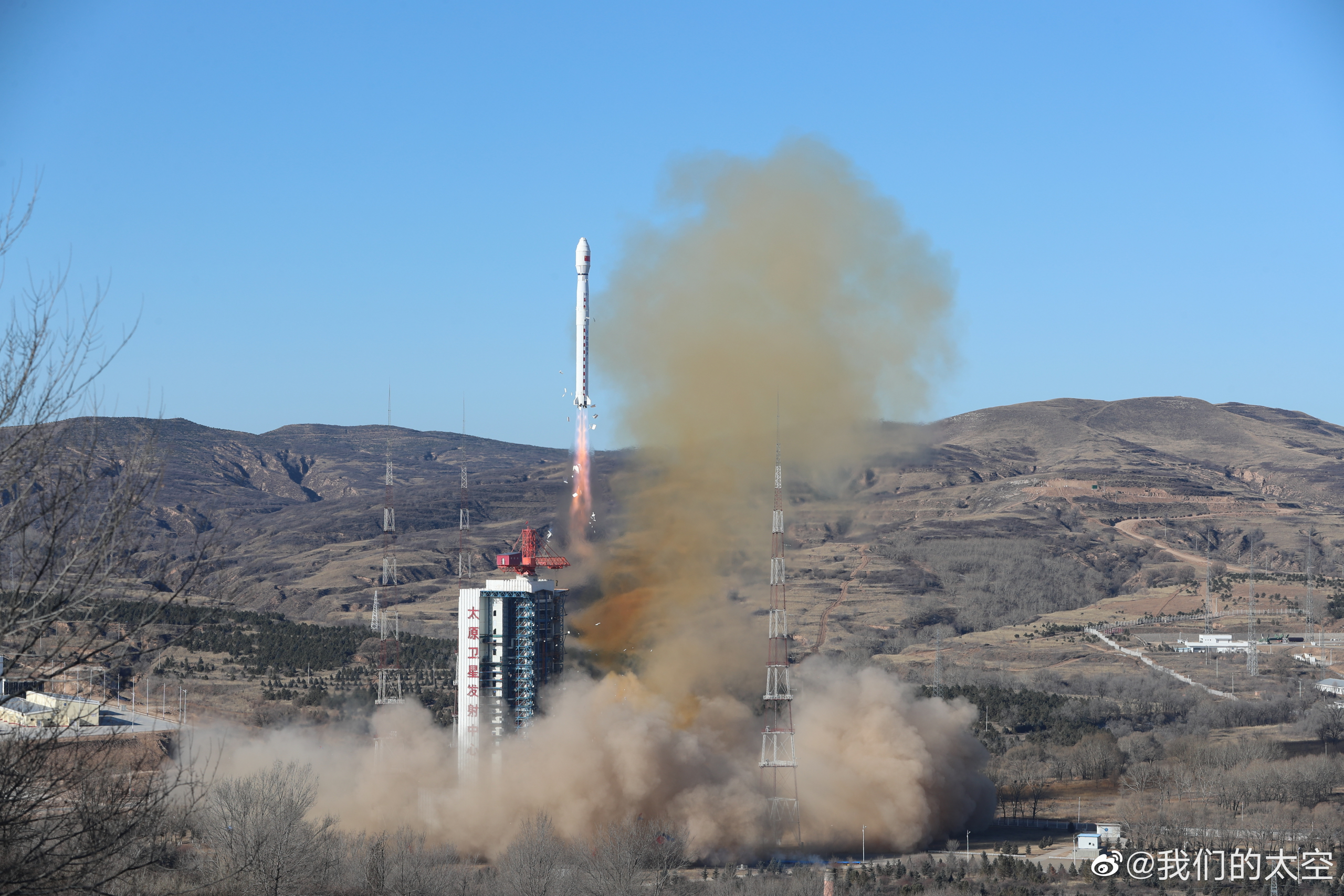 Chang Zheng 4C, with Ziyuan-1 02E aboard, climbs away from Taiyuan

The family, which includes the Chang Zheng 2, 3, and 4 series of rockets, were derived from the Dongfeng 5 missile and have been in service since the mid-1970s. The Chang Zheng 2 rockets are predominately two-stage vehicles used for low Earth orbit missions, while the Chang Zheng 3 series use high-energy upper stages to reach geostationary transfer orbit and the Chang Zheng 4s use a storable-propellant upper stage, primarily targeting sun-synchronous orbits.

The Chang Zheng 4 was originally conceived as a backup to the Chang Zheng 3, using tried-and-tested storable propellant instead of the CZ-3’s then-unproven cryogenic-propellant upper stage. This would have provided China with a limited capability to launch geostationary satellites while any early issues with the CZ-3 were worked out, however it was never needed for this purpose. Instead, the Chang Zheng 4 found itself put to work hauling satellites into low Earth orbit, with its upper stage allowing it to insert heavier payloads into higher orbits than the Chang Zheng 2C and 2D.

The rocket’s first two launches used the Chang Zheng 4A configuration, taking place in September 1988 and 1990 with the first two Fengyun-1 weather satellites aboard. After this it would not fly again until May 1999, when the first flight of the upgraded Chang Zheng 4B lofted another Fengyun-1 satellite. The Chang Zheng 4C configuration was introduced in April 2006 and operates alongside the 4B, with the main difference between the two configurations being that the CZ-4B’s third stage cannot be restarted in flight, whereas the CZ-4C’s can.

This restart capability allows the Chang Zheng 4C to carry slightly heavier payloads to orbit via an optimized two-burn insertion, rather than the direct single-burn profile that is the only option with the 4B. 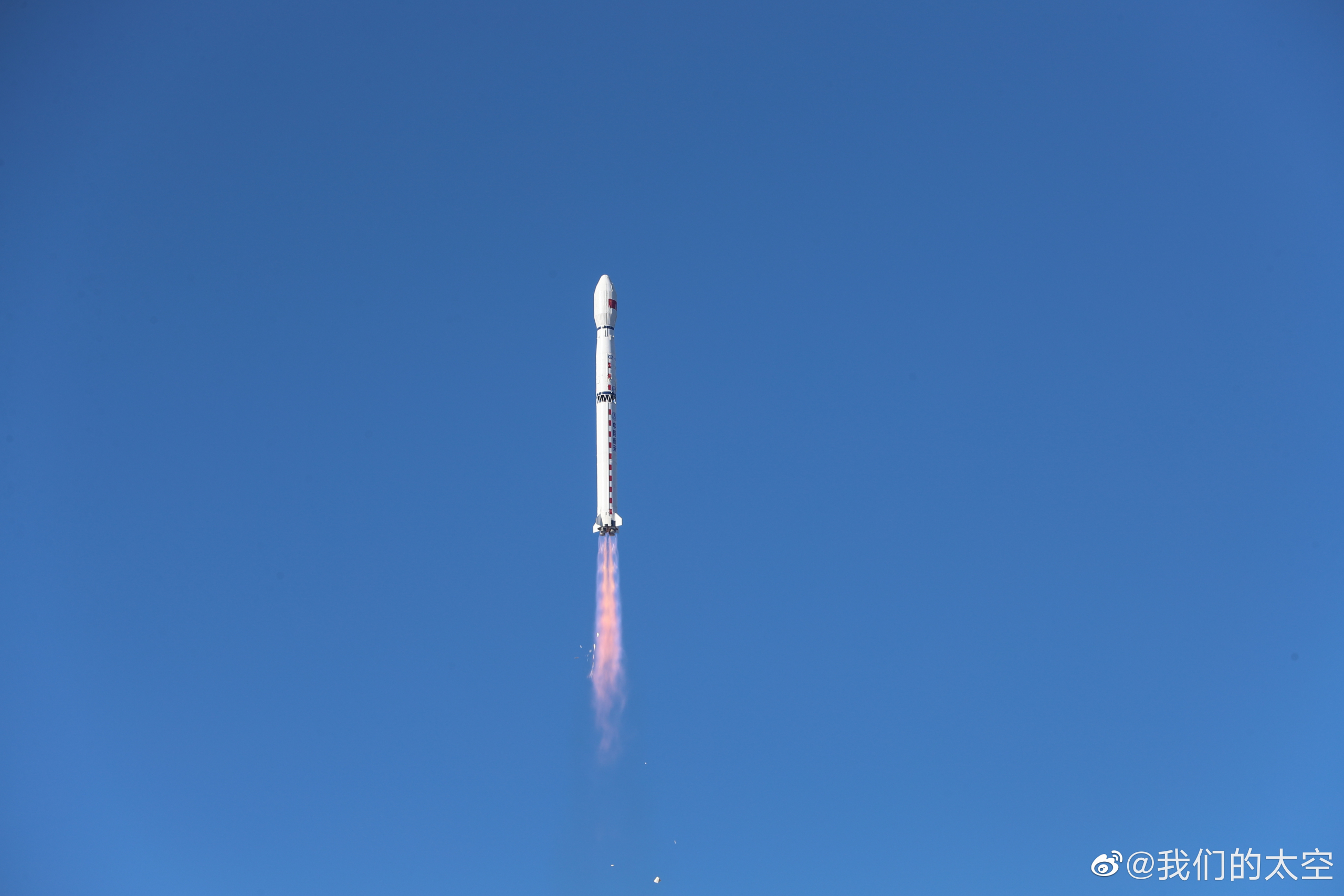 The rocket’s first two stages are derived from the Dongfeng 5 missile but have been stretched and upgraded to make them better suited to their satellite launch missions. Owing to its missile heritage, the rocket is fueled by unsymmetrical dimethylhydrazine and dinitrogen tetroxide – a storable propellant combination useful for allowing liquid-fueled missiles to remain close to launch readiness for extended periods of time, but less ideal on a satellite launcher. These propellants are highly toxic, requiring special handling, and can harm the environment.

China’s next-generation rockets now coming through, including the Chang Zheng 5, 6, 7, and 8 series, have switched to cleaner propellants including liquid hydrogen and kerosene, with liquid oxygen oxidizer. The older rockets are expected to be phased out eventually in favor of these newer vehicles.

Chang Zheng 4C’s first stage was powered by four YF-20B engines, arranged into a YF-21B propulsion module. This stage fired during the early phases of flight as the rocket climbed through the dense lower regions of the atmosphere. After the first stage depleted its propellant and burned out, the second stage took over to continue the ascent. This was powered by a YF-22B main engine with a YF-23B vernier engine, the combined unit being designated the YF-24B. 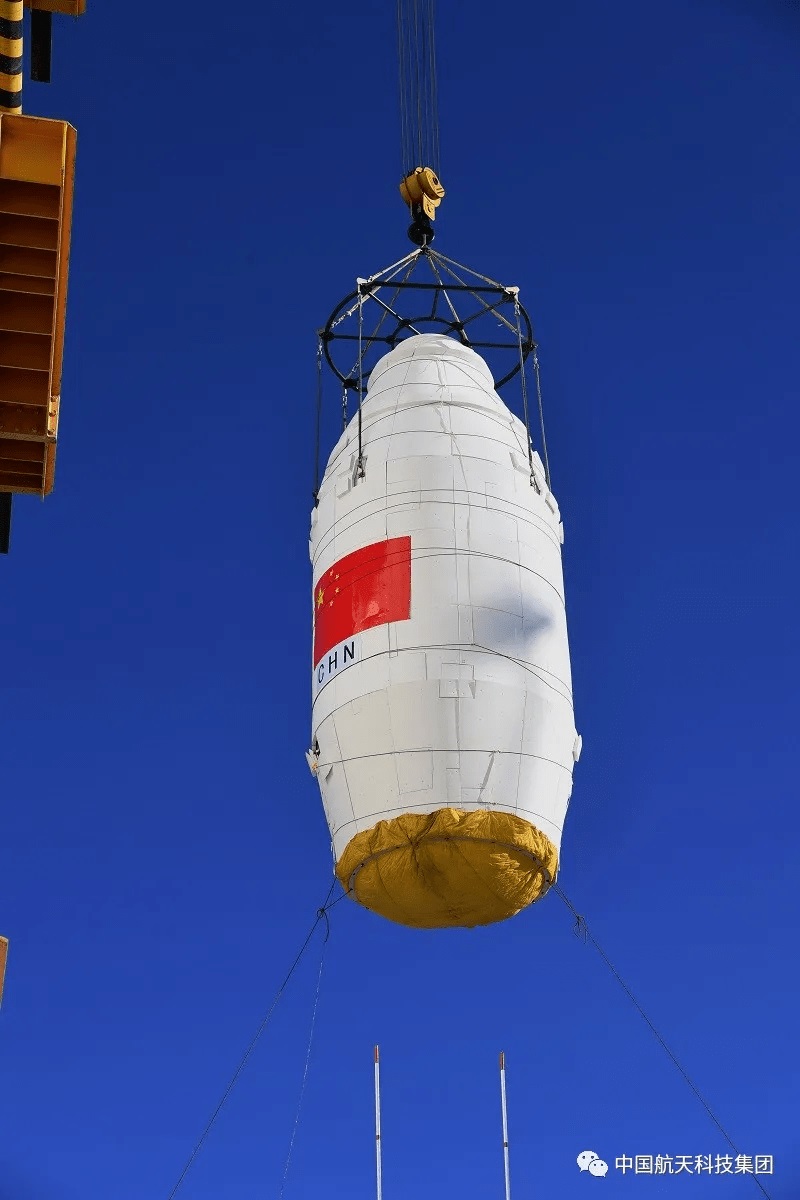 Ziyuan-1 02E, inside its payload fairing, is lifted atop the CZ-4C rocket

The third stage, powered by a pair of YF-40 engines, performed the final burns to insert Ziyuan-1 02E and XW-3 into orbit. Although the flight plan for Sunday’s mission was not published, it most likely made two burns, the first coming shortly after separation from the second stage and the second at around apogee – the highest point of its trajectory – to circularize its orbit. Spacecraft separation would have come shortly after the end of this second burn, in an expected circular sun-synchronous orbit at an altitude of 770 kilometers and an inclination of 98.58 degrees.

Sunday’s launch took place from China’s Taiyuan Satellite Launch Centre, located in the northern Shanxi Province. As well as serving as an orbital launch site – primarily used for sun-synchronous launches with Chang Zheng 2 and 4 rockets – Taiyuan is also used for military testing that includes suborbital launches. The facility has a pair of Chang Zheng launch pads: Pad 7 was used for orbital launches from 1988 to 2009 and continues to be used for suborbital Chang Zheng 2C missions; Pad 9 – which was used for Sunday’s launch – entered service in 2008. The smaller but newer Chang Zheng 6 has its own launch complex, Pad 16.

Sunday’s launch marks the eighty-fifth flight of a Chang Zheng 4 rocket, and the thirty-eighth mission to use the Chang Zheng 4C version of the rocket. It was China’s fifty-third orbital launch attempt of 2021: the fourteenth of these to use a Chang Zheng 4 and the ninth for the CZ-4C specifically.

China’s fifty-three launches in 2021 far surpasses the country’s previous record of 39 – tied between 2018 and 2020. This total does not include a reported test of a fractional-orbit weapons system in late July. If this launch occurred, it may have briefly reached orbit before performing a deorbit maneuver before completing a single revolution, however no objects from the launch were catalogued.

The total could rise to 55 before the end of the year, with further launches expected out of the Jiuquan and Xichang Satellite Launch Centers in the coming days. Notices to Airmen (NOTAMs) published to warn pilots of hazard areas arising from the launches suggest launch windows that open on 30 December for both missions, with launch opportunities continuing into the new year.