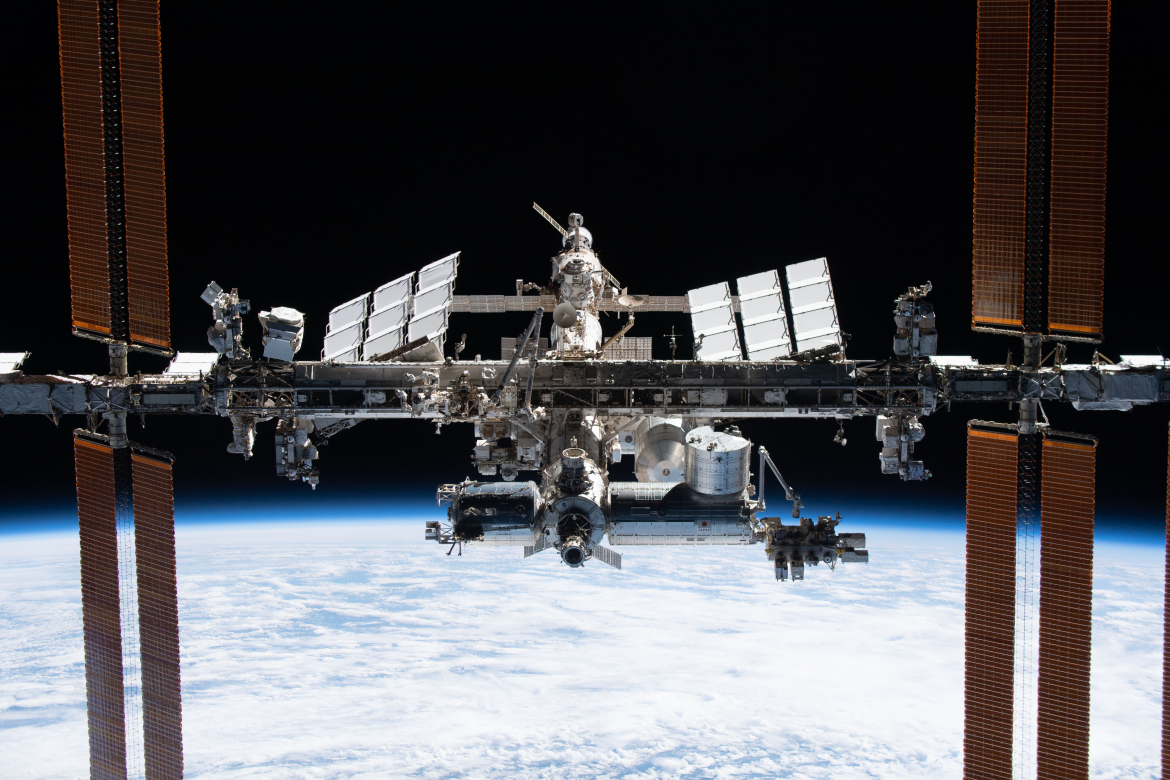 November was an eventful month for the International Space Station (ISS) and its crew members. From spacecraft departures and arrivals, new modules, science experiments, and close calls with orbital spacecraft debris, the Expedition 65 and 66 crews stayed busy aboard the orbiting laboratory.

The ISS and its crew kicked off November with the docking of the Roscosmos Progress MS-18 cargo vehicle on October 30. Cargo vehicles — such as the Progress, Cygnus, and Cargo Dragon — regularly visit the ISS and deliver food, water, oxygen, science experiments, and personal items for the crew.

The following day saw the SpaceX Crew Dragon Endeavour vehicle perform thruster checkouts on its collection of Draco thrusters ahead of its pending return to Earth with the Crew-2 astronauts.

It’s been a fantastic ride and now we’re ready to go home and reunite with our loved ones. I couldn’t have hoped for better crewmates, or better people fly to space with. I told them on the launchpad, and it's unchanged after 6 months in a tin can 24/7! Go #Crew2! #friendsforlife pic.twitter.com/TQ3pVUsZFF

Throughout the next few days, the Expedition 65 crew continued ISS inspections and regular work while also preparing for the departure of Dragon Endeavour with Shane Kimbrough, Megan McArthur, Thomas Pesquet, and Akihiko Hoshide.

The astronauts ingressed Endeavour, closed the hatch, donned their SpaceX pressure suits, and undocked from the ISS at 19:05 UTC on November 8. Crew-2 safely splashed down in the Atlantic Ocean a little over eight hours after undocking, at 03:33 UTC on November 9.

On Wednesday, November 10, the ISS performed a Pre-Determined Debris Avoidance Maneuver (PDAM) to move out of the way of a potential collision with an object in low Earth orbit (LEO). While the debris conjunction was eventually cleared before the maneuver, controllers pressed ahead with the PDAM to take the place of an already-planned station reboost the following week.

The PDAM was performed by Progress MS-18 and increased the ISS’s orbit by 0.7 meters per second over a 361-second burn.

Just hours later, the joint NASA/SpaceX Crew-3 mission lifted off from Launch Complex 39A at the Kennedy Space Center in Florida. The three crew on the ISS then began final preparations for the arrival of Crew-3. 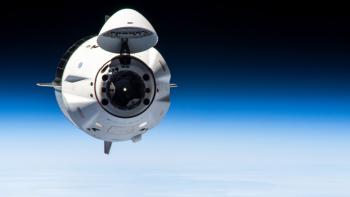 Crew Dragon Endeavour undocks from the ISS during the Crew-2 mission. (Credit: NASA/SpaceX)

November 12 then saw the Russian MLM module Nauka transfer to a new version of software, dubbed 7.01.

Up until this point, operations on the ISS had remained as routine as possible and nominal. However, the next few days would see the station and its crew of seven pause major operations due to possible collisions.

Overnight on November 14, the Expedition 66 crew was notified to immediately perform “safe haven” operations — closing hatches to the radial modules and entering their Soyuz and Dragon capsules respectively.

To date, this ASAT event has created at least 1,500 pieces of trackable debris — with more objects to still be cataloged, a process that could take years.

Following the November 14 event, ISS teams continued to monitor the station’s orbital environment and health to ensure the safety of the crew onboard. On Wednesday, November 17, the crew was able to resume normal operations onboard the station and reopen the hatches to the radial modules.

Here is the orbit of ISS (blue) compared to that of the Ikar No. 39L satellite (cover name Kosmos-1408) (magenta) and the part of the orbit where the crew have been warned of possible collisions with a debris field (red). This shows Kosmos-1408 is a plausible candidate pic.twitter.com/oGJtQxWxkV

As the ISS teams were monitoring the ASAT event, the Mobile Transporter (MT) was successfully translated from Worksite 3 to Worksite 7 on November 16. Additional MT translations were performed throughout the following days in preparation for the departure of the Northrup Grumman NG-16 Cygnus cargo vehicle from the ISS.

On November 17 and November 18, the crew began preparing the EVA spacesuits for the S-Band Antenna Support Assembly (SASA) EVA planned for later in the month. The EVA crew, Thomas Marshburn and Kayla Barron, also performed fit checks in the suits.

Additionally, on November 19, the crew egressed the NG-16 Cygnus vehicle and began preparing the vestibule and other systems for the departure of the spacecraft.

On November 20, Cygnus was unberthed from the ISS and was later released by the Space Station Remote Manipulator System (SSRMS, or Canadarm2) at 16:01 UTC.

Four days later, the final module of the Russian segment of the ISS, the Prichal docking node, was launched from Baikonur on November 24.

The Progress MS-17 cargo vehicle then undocked from the ISS on Thursday, November 25, and took with it a docking adaptor from Nauka that was no longer needed given Prichal’s successful launch and needed to be removed to allow Prichal to properly dock itself to Nauka.

With that port cleared, Prichal then successfully arrived at the station, attaching itself to Nauka on November 26.

On November 28, the MT translated again from Worksite 5 to Worksite 7, and the SSRMS was maneuvered into the SASA EVA start position to support US EVA-78.

On November 30, just hours prior to the planned start of the EVA, NASA postponed the spacewalk after receiving notification of a late-breaking debris conjunction that could not be fully analyzed before the spacewalk.

Finally, on December 3, the Progress MS-18 craft’s engines were fired for 161 seconds to decrease the ISS’s velocity by 0.3 meters per second as part of a Debris Avoidance Maneuver to move out of the way of a Northrop Grumman Pegasus upper stage.