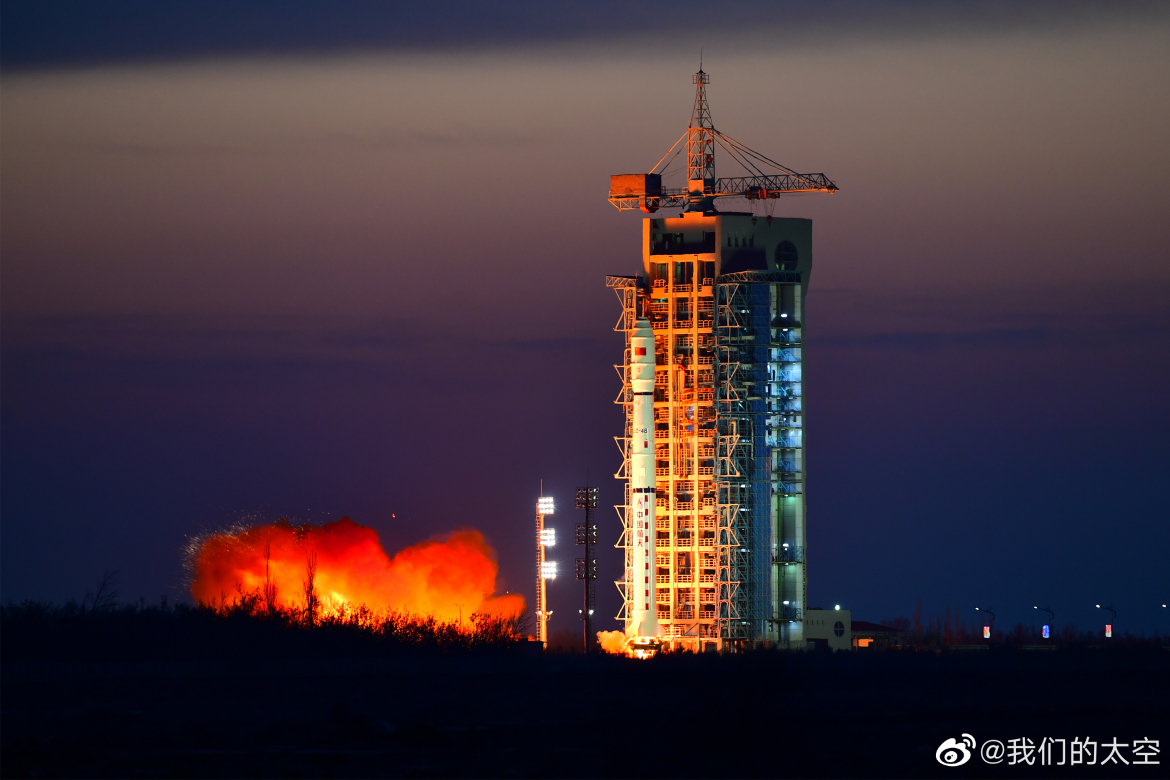 The Long March 4B, which made its first flight in 1999, has flown forty-five missions, with all but one being successful. It is a refinement of the Long March 4 with a restartable third stage, while the Long March 4 series is itself based on older ICBM technology. The Long March 4 series, also known as Chang Zheng 4, uses highly toxic nitrogen tetroxide and UDMH (unsymmetrical dimethylhydrazine) hypergolic propellants like other Long March rockets, as well as older rockets like the American Titan II ICBM used during the Cold War. 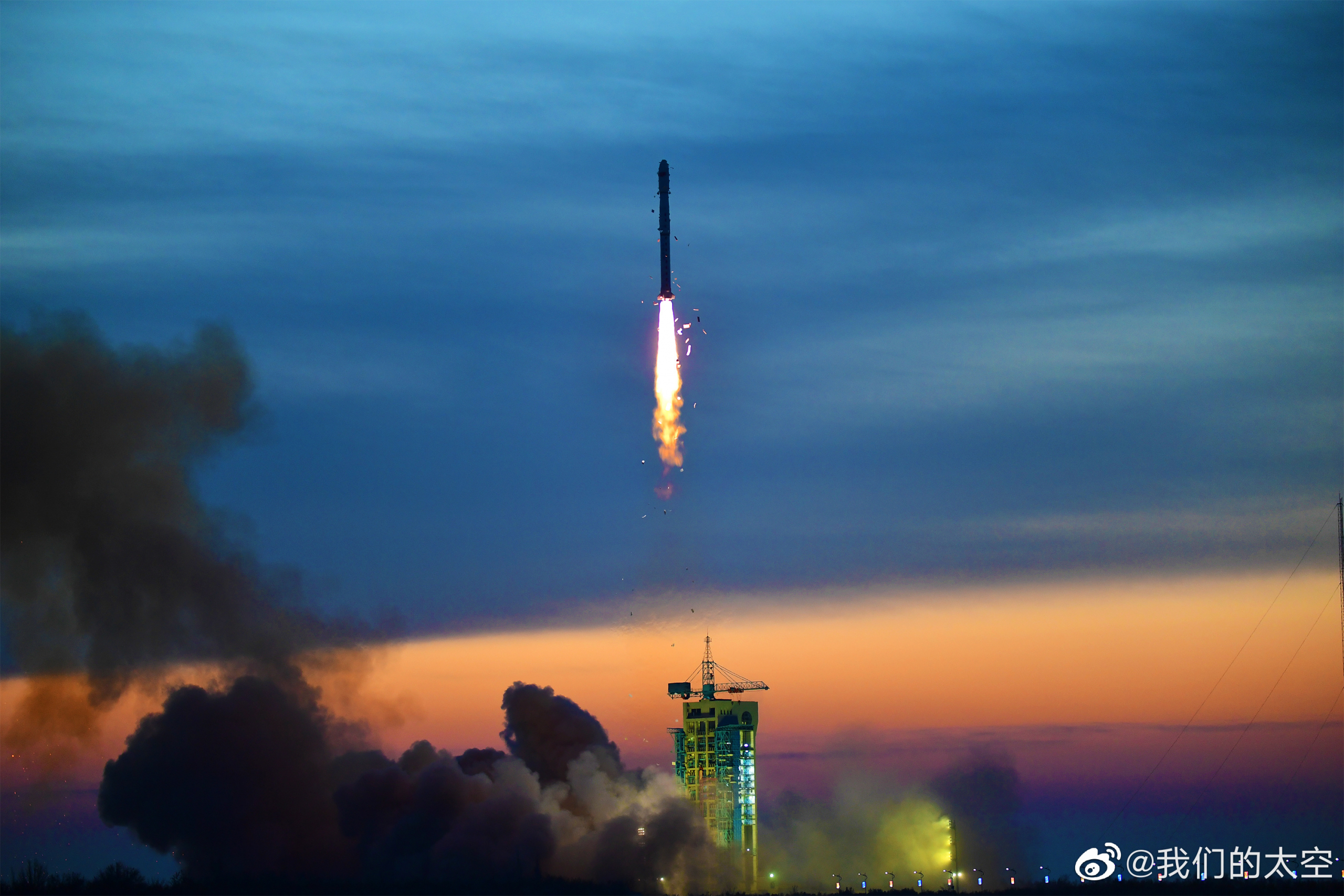 The Chang Zheng 4B is a 44.1-meter tall and 3.35-meter wide rocket, equipped with three stages all using the aforementioned N2O4/UDMH fuel. The first stage is powered by four YF-21C engines, with the stage generating 2,961.6 kilonewtons (kN) of thrust.

The second stage is equipped with a single YF-24C engine with a thrust of 742.04 kN. The third stage is equipped with two YF-40 engines capable of 100.85 kN of thrust. The CZ-4B is capable of orbiting up to 4200 kg to low Earth orbit, 2800 kg to a sun-synchronous polar orbit, or 1500 kg to a geostationary transfer orbit. This performance is similar to some versions of the retired American Delta II launcher.

The last Shijian-6 satellite, part of Group 04, was launched in 2010. Eight prior Shijian-6 (SJ-6) satellites were launched prior to today, always in pairs, and these satellites are publicly said to be technology satellites used to probe the space environment, including space radiation, in the sun-synchronous polar orbit inclined 97.7 degrees to the equator. These satellites were placed in 578 by 593 km or 593 by 602 km altitude orbits. 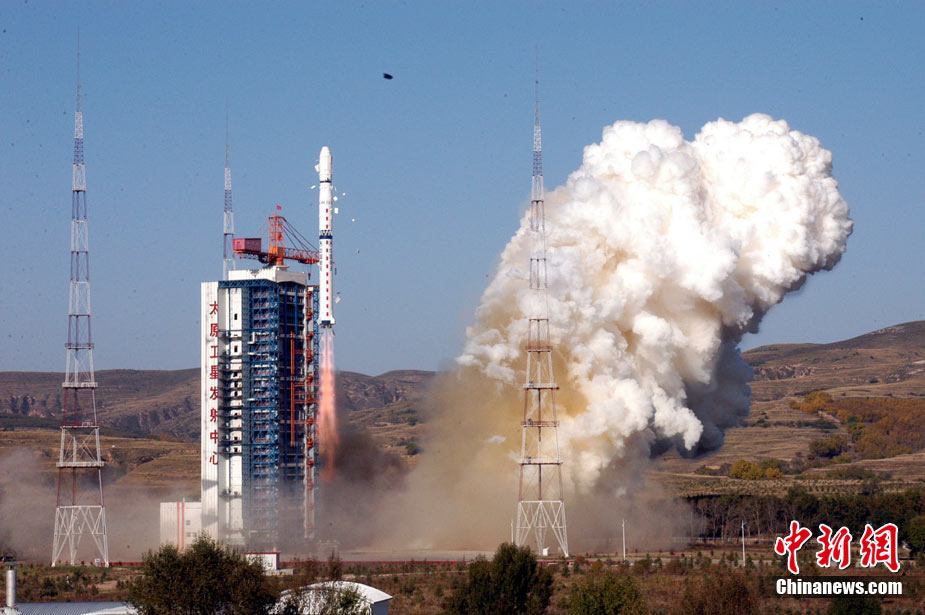 The previous Shijian-6 launch, Group 04 in October 2010, launches on a Long March 4B from the Taiyuan Satellite Launch Center

Today’s launch puts the number of Shijian-6 series satellites flown to ten, if prior practice was followed, with 11 years elapsing between the last Shijian-6 and this one. Airspace closures prior to the launch indicated that this flight would also take a sun-synchronous polar orbit path.

The SJ-6 series of satellites, either in addition to or in contrast with their publicly reported civilian use, is also believed to be capable of ELINT (electronic intelligence) and would be able to eavesdrop on communications anywhere in the globe from its sun-synchronous polar orbit. The Shijian-6 series of satellites is believed to be meant to listen in on naval communications traffic.

Today’s launch was the 49th of the year for China and the 400th Long March/Chang Zheng flight. For comparison, the 300th launch of the LM/CZ series happened in March 2019, which shows that the cadence of Chinese orbital launches is rapidly increasing.