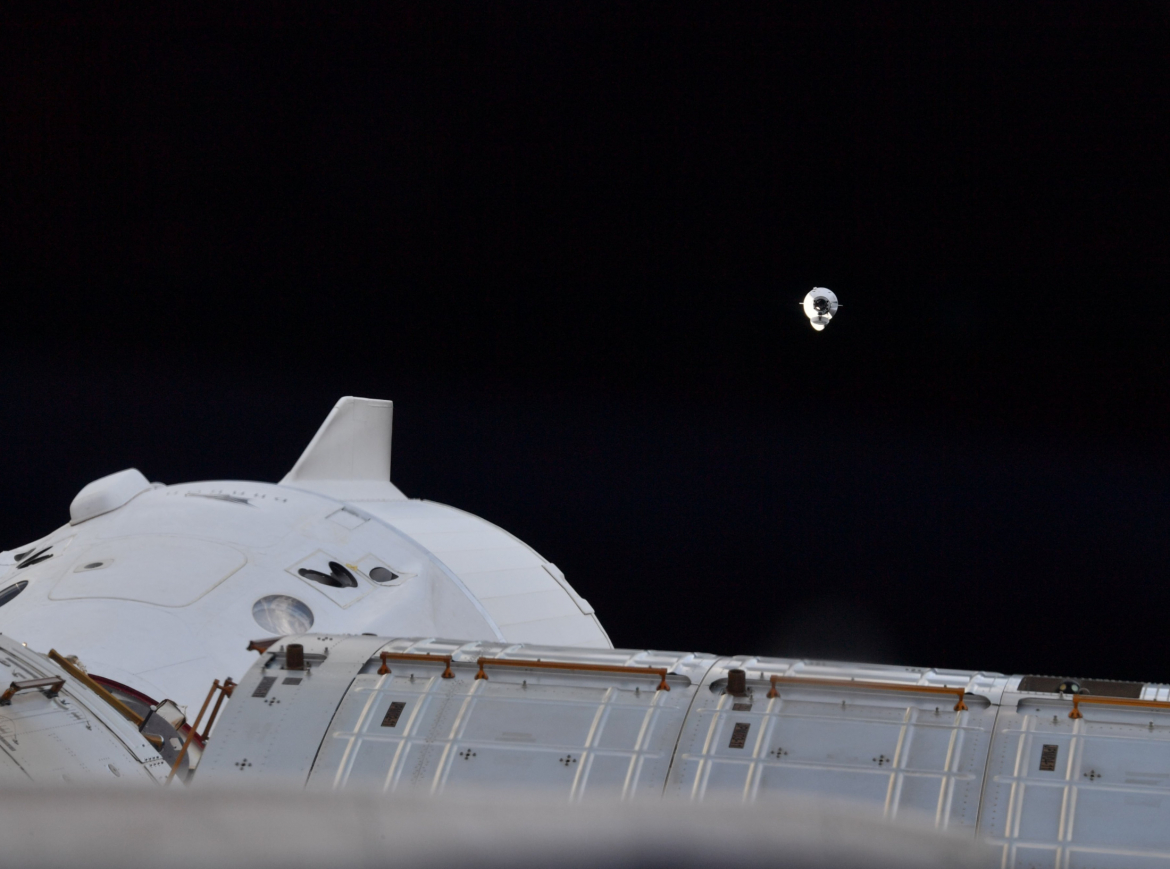 NASA and SpaceX launched the Commercial Resupply Services 24 (CRS-24) mission to the International Space Station (ISS) early Tuesday morning aboard a SpaceX Cargo Dragon 2 vehicle. Liftoff occurred at 5:07 AM EST (10:07 UTC) on Tuesday, December 21, from Launch Complex 39A (LC-39A) at the Kennedy Space Center in Florida.

Following launch and separation, the Cargo Dragon 2 spacecraft docked to the IDA-3 zenith (upward-facing) docking port located on the Harmony module the following day, on December 22.

Cape Canaveral Space Force Station’s 45th Weather Squadron predicted a 30% chance of acceptable weather at the time of liftoff. The primary weather concerns at liftoff were the cumulus cloud, thick cloud layer, and surface electric field rules. If a scrub had occurred, a backup launch opportunity was available Wednesday, December 22, at 4:43 AM EST (09:43 UTC) with a 70% chance of favorable weather conditions. However, the weather cooperated in time for Tuesday morning’s launch.

The launch of CRS-24 marked the final launch of 2021 from Cape Canaveral. This makes a total of 31 launches conducted from the Cape in 2021, 28 of which were performed by SpaceX. Additionally, this launch brings SpaceX’s total number of launches in 2021 to 31, a new record for the company. 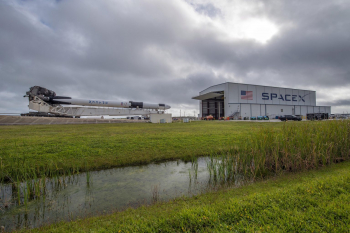 The Falcon 9 booster supporting this mission is B1069-1, making its first flight into space. The last time a brand new booster was used for a SpaceX mission was the SpaceX CRS-22 resupply mission to the ISS, on the first flight of booster B1067. Shortly following stage separation, B1069-1 began recovery operations, ultimately culminating in a landing on SpaceX’s Autonomous Spaceport Drone Ship (ASDS) Just Read The Instructions. The drone ship and recovery support ship Doug were stationed approximately 629 kilometers down range from the Cape.

When B1069-1 successfully landed on Just Read The Instructions about nine minutes after liftoff, it marked the 100th landing of a Falcon rocket booster — an enormously important and impressive milestone in the SpaceX rocket recovery program.

The Cargo Dragon 2 capsule flying the CRS-24 mission is Dragon C209-2, making its second trip to space and to the ISS. C209-2 made its first flight to space on the CRS-22 ISS resupply mission in June 2021. Following its return in early July, the capsule was refurbished and prepared for CRS-24. Cargo Dragon capsules are not given names, unlike Crew Dragon capsules, which are named by the first crew to fly in them. Instead, Cargo Dragon vehicles are referred to by their serial number. The “-2” at the end of C209 indicates the number of flights the capsule has performed.

CRS-24 marks the twenty-fourth ISS resupply mission performed by SpaceX, and the fourth under the CRS2 contract.

SpaceX Drone Ship "Just Read The Instructions" (JRTI) departing Port Canaveral ahead of the Falcon 9 launch with CRS-24's Dragon from 39A.

A Shortfall Of Gravitas (ASOG) is already out at sea for the upcoming Turksat 5B mission out of SLC-40.https://t.co/fHIlrEs2mW pic.twitter.com/OTtlZ9KlRK

At the conclusion of RP-1 kerosene fueling of the second stage at T-22 minutes, the regular T-20 minute vent from the Transporter Erector occurs as fueling lines are purged,  allowing densified liquid oxygen to begin loading onto the second stage.

Fueling operations conclude in the final minutes before liftoff, allowing tank pressurization to occur in the first and second stages.

Finally, at T-3 seconds, the nine Merlin engines at the bottom of the first stage are commanded to ignite, and liftoff from LC-39A follows three seconds later at 5:06 AM EST (10:06 UTC).

Shortly after clearing the tower at LC-39A, Falcon 9 begins a pitch-over and roll program to align itself with the proper launch heading, targeting a 51.66° inclination Low Earth Orbit at ~400 kilometers altitude. Approximately one minute and 15 seconds into flight, Falcon 9 and Dragon experience maximum dynamic pressure (Max-Q), when aerodynamic and structural loads are at their highest during ascent.

At approximately T+2 minutes 30 seconds into flight, Main Engine Cutoff (MECO) of the Falcon 9 first stage engines occurs, and stage separation between the first and second stages occurs shortly after. About 10 seconds later, the Merlin Vacuum engine (MVac) on the second stage ignites as the first stage booster B1069-1 begins recovery operations, with a landing on Just Read The Instructions anticipated at approximately T+9 minutes.

After orbital insertion and second engine cutoff (SECO) of the MVac, NASA and SpaceX teams verify that Falcon and Dragon are in a nominal orbit. Approximately 3-4 minutes later, Cargo Dragon C209-2 separated from the Falcon 9 second stage, beginning its journey to the International Space Station. 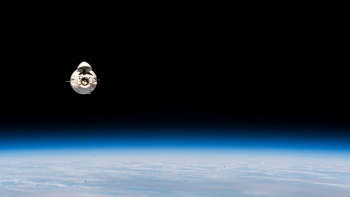 C209-2 remained docked to the ISS for about a month, before returning back to Earth with more cargo from the ISS.

CRS-24 carries over 2,989 kg of science experiments, instruments, supplies, hardware, and Christmas presents up to the ISS and the crew of Expedition 66.

The following research experiments are flying on CRS-24:

Infographic showing the amount of cargo being launched to the ISS on CRS-24. (Credit: NASA)

BioPrint FirstAid is a portable bioprinter that, when used, will use viable cells and biological molecules from a patient’s skin cells to create tissue structures that can be used for healing. Bioprinters such as BioPrint FirstAid could be used in later NASA missions to the Moon and Mars to treat astronaut wounds.

The CASIS PCG 20 experiment will continue researching ways to crystalize a monoclonal antibody called pembrolizumab, developed by Merck Research Labs. Pembrolizumab is an ingredient in the cancer treatment drug Keytruda®, which targets multiple cancers and treats them. Scientists working with CASIS PCG 20 will analyze the crystals from pembrolizumab to better understand the structure and behavior of the monoclonal antibody so that drug formulations can be given at doctor’s offices and possibly even at home.

Host-Pathogen will research the effects of prolonged spaceflight on the human body’s immune system status by culturing cells from ISS crew members before launch, during their mission, and after their mission, using both normal bacteria and bacteria produced under spaceflight conditions. In the past, scientists have observed that spaceflight can cause an increase in the severity of potentially harmful microbes, reducing the human immune system’s function which, in turn, increases the risk of infectious diseases. Using Host-Pathogen will allow scientists to assess the risk infectious microbes may pose to astronauts and may allow for the development of countermeasures — which could improve immune system care for those on Earth. 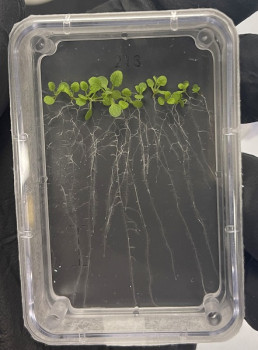 The Multi-Variable Platform (MVP) Plant-01 experiment will monitor and profile the development of plants’ shoots and roots in microgravity. Although plants have been successfully grown on the ISS in space, many space-grown plants still experience stress while growing and changes in their gene expression. Understanding the development of vital plant structures, such as shoots and roots, could help scientists design new plants that are suited for growth in microgravity, allowing for their use on future long-duration missions to the Moon and Mars.

Everyone needs to do their laundry — both in space and on Earth. However, due to limited cargo capacity, new clothes cannot be brought up to the ISS during every resupply mission, so astronauts will typically wear the same clothes for several days. However, Proctor & Gamble (P&G), in collaboration with NASA, have developed a new, fully degradable detergent called Tide Infinity. The PGTIDE experiment will study the performance of the detergent on the ISS and in space. Once proven, Tide and P&G plan to use the detergent to advance current laundry solutions on Earth.

The Turbine Superalloy Casting Module (SCM) experiment will test a commercially made manufacturing device that will process heat-resistant alloy parts in space. When superalloy parts are processed in microgravity, researchers expect more uniform microstructures and improved mechanical properties than superalloys produced on Earth. If true, these superalloys could improve the performance of engines in the aerospace industry and in the production of power on Earth.

These science experiments aren’t the only cargo flying on CRS-24, though. The following ISS hardware was launched on CRS-24 as well:

Some of this hardware is stored in the unpressurized trunk of Dragon, where it will be removed and used outside of the ISS in space. Additionally, much of the hardware listed is inside the pressurized Dragon capsule. ISS crew members will enter Dragon after docking and remove the hardware for later installation and use inside the ISS.