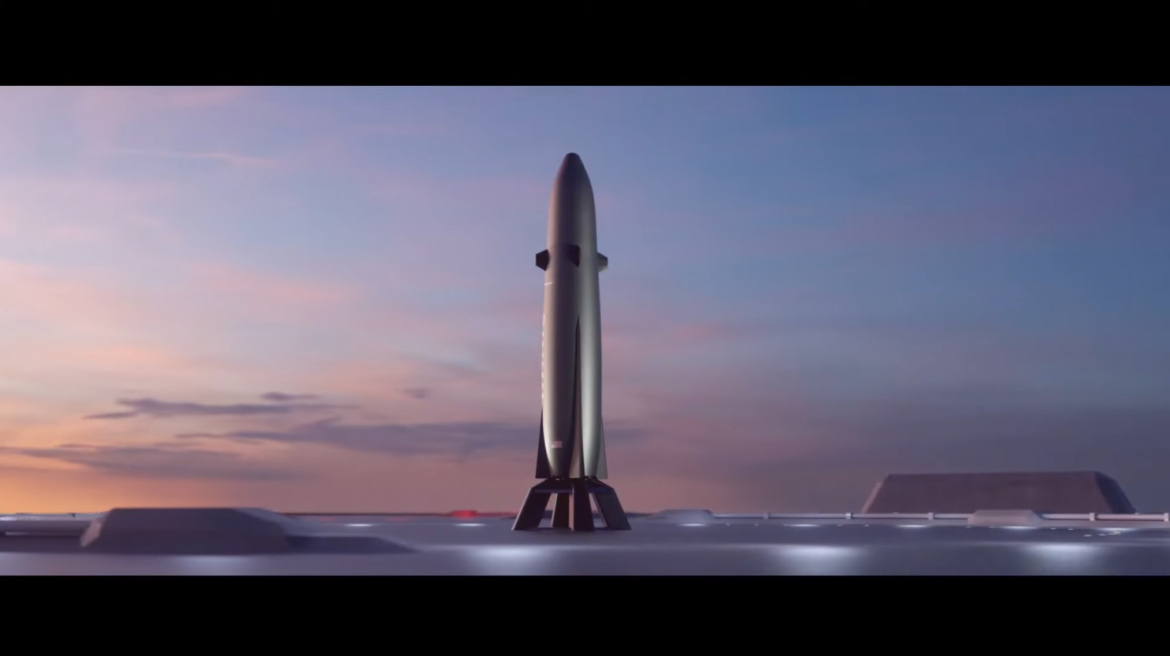 Rocket Lab has provided a significant update in the progress of their Neutron rocket, a vehicle aimed primarily at the small-scale interplanetary and low Earth orbit mega-constellation markets at first.

Among the major updates announced by Rocket Lab CEO Peter Beck were a complete switch of propellants, a firm Return To Launch Site landing plan with the elimination of down-range ocean landings, reveal of the building materials, and introduction of the new 1 Meganewton Archimedes engine.

Neutron was revealed earlier this year on March 1 as a 40 m tall medium-lift launcher with a 4.5 m diameter payload fairing and a payload capacity to a 400 km low Earth orbit of 8,000 kg. In addition, the rocket would be capable of delivering roughly 2,000 kg to lunar orbit and 1,500 kg to Venus or Mars.

At the time, Neutron was slated to launch on its first mission in 2024 with initial missions planned from Launch Pad 0A at the Mid-Atlantic Regional Spaceport in Virginia.

After boosting the vehicle toward orbit, Neutron’s first stage was designed to land on floating platforms downrange from the launch site in the ocean for recovery and reuse. Landing tests were planned to occur during operational flights so that the rocket would be available to customers during the period in which Rocket Lab worked out the landing and recovery process. 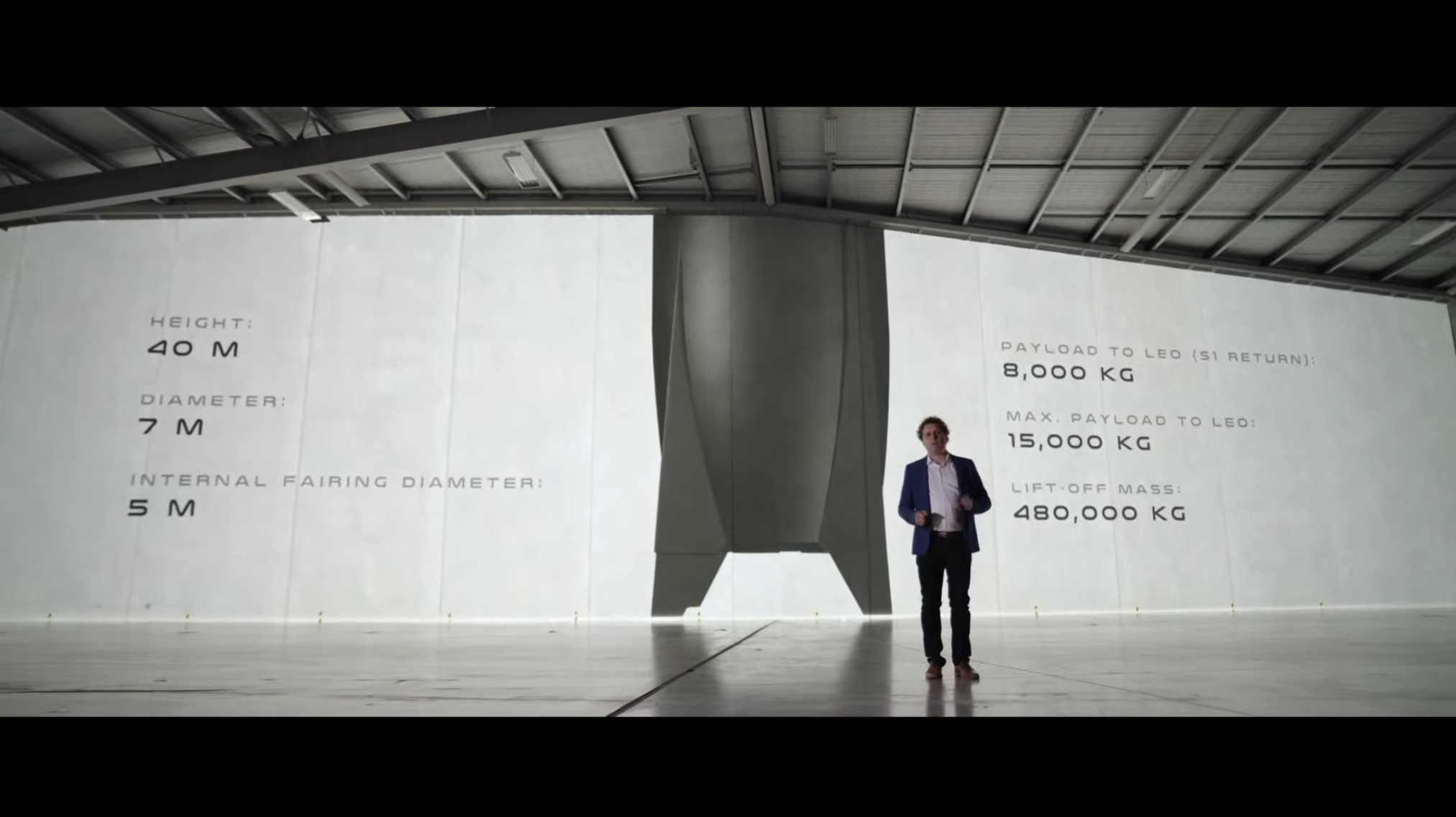 The base of Neutron, with its static landing legs, and the rocket’s stats behind Peter Beck (not to scale). (Credit: Rocket Lab)

Also among the elements announced for the rocket was the intention to allow Neutron’s design to eventually support human spaceflight activities — both in terms of low Earth orbit space station resupply missions and crewed flights.

At the time, no crew or cargo vehicle was in development.

Additionally, Rocket Lab stated the vehicle would utilize RP-1 kerosene and liquid oxygen as its propellants but did not specify the to-be-developed engine the vehicle would use nor the number of engines on each of its two stages — though Beck did tell NASASpaceflight later that it would be the “least amount of engines practical.”

Beck further said that Neutron would be capable of lifting 98% of all satellites forecast to launch through 2029 — potentially including batches of Rocket Lab’s own Photon satellites.

Today’s update announced several major and significant changes to the Neutron design, including the types of propellants it will use, its overall flight profile, as well as its composition.

Chief among the changes is the fact that Rocket Lab will no longer utilize deployable landing legs but instead utilize a fixed structure to eliminate as many potential failure points and create as simple of a design as possible.

Also gone is the RP-1 kerosene and liquid oxygen mixture, replaced with liquid methane and liquid oxygen that will fuel a new engine called Archimedes. This 1 Meganewton thrust engine will have a specific impulse, or Isp, of at least 320 seconds. Seven Archimedes engines will power the first stage.

Additionally, the payload fairings on Neutron will not deploy from the vehicle. Instead, at the end of the first stage burn, the top of the rocket will open like a clamshell — with renderings showing a four-plane separation system — to deploy the second stage that will continue taking the payload onward to its desired orbit or interplanetary destination.

After second stage/payload deployment, the clamshell will close and the entire first stage and payload fairing combination will then perform a Return To Launch Site (RTLS) landing.

This RTLS landing profile is another major change in Neutron’s design, with Peter Beck previously mentioning that such a maneuver would stretch the rocket, which was something Rocket Lab was previously uninterested in doing but have since switched to as the design has evolved. 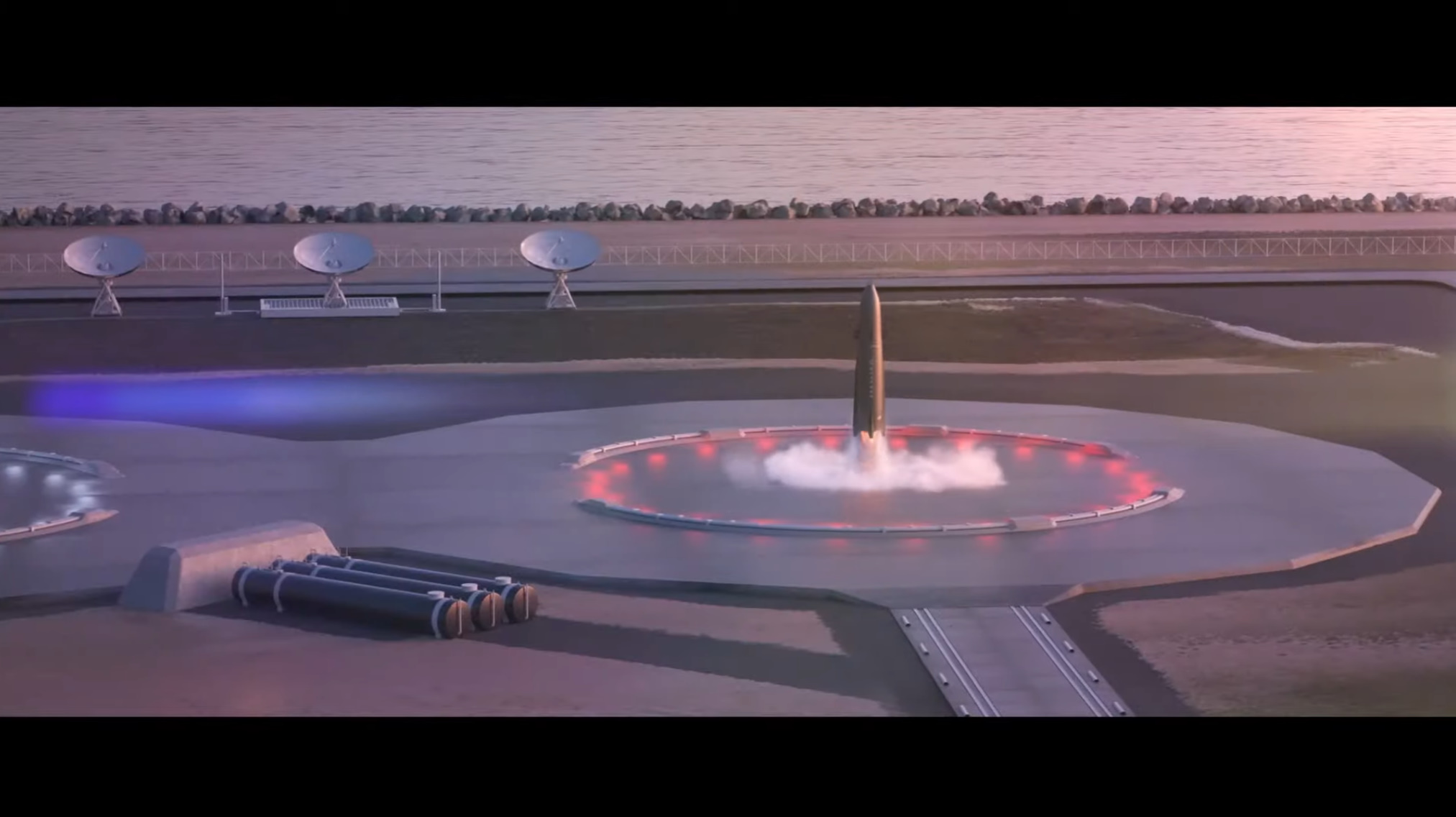 In another major reversal from March, downrange landings in the ocean are now no longer planned for the rocket, and missions that cannot return to the launch site would be expended —which would increase the total payload capacity of the rocket from 8,000 kg, with stage one return, to 15,000 kg with an expended first stage and fairings.

For the upper stage, Beck noted that it has competing design requirements. “It has to be the lightest and the most high-performing structure as part of the launch vehicle, but it also has to be the lowest cost because for Neutron, at least at this point in time, it’s a disposable stage.”

To this, and based on the clamshell design of the opening firings, the second stage is hung from the payload separation plane. According to Beck, Neutron’s second stage is “incredibly strong and the lightest upper stage ever in history.”

Overall, Neutron is now 7 m in diameter at its base with an increased payload fairing diameter of 5 m. The overall height of the rocket has not changed and remains 40 m.

The rocket will be made of Rocket Lab’s own carbon composite material. Peter Beck had previously noted that this material was not under consideration for reusable rockets, but in today’s update, he said, “Sometimes carbon composites get a tough rap because they’re expensive to manufacture and slow to produce. Not the case. We’re gonna do this fast.” 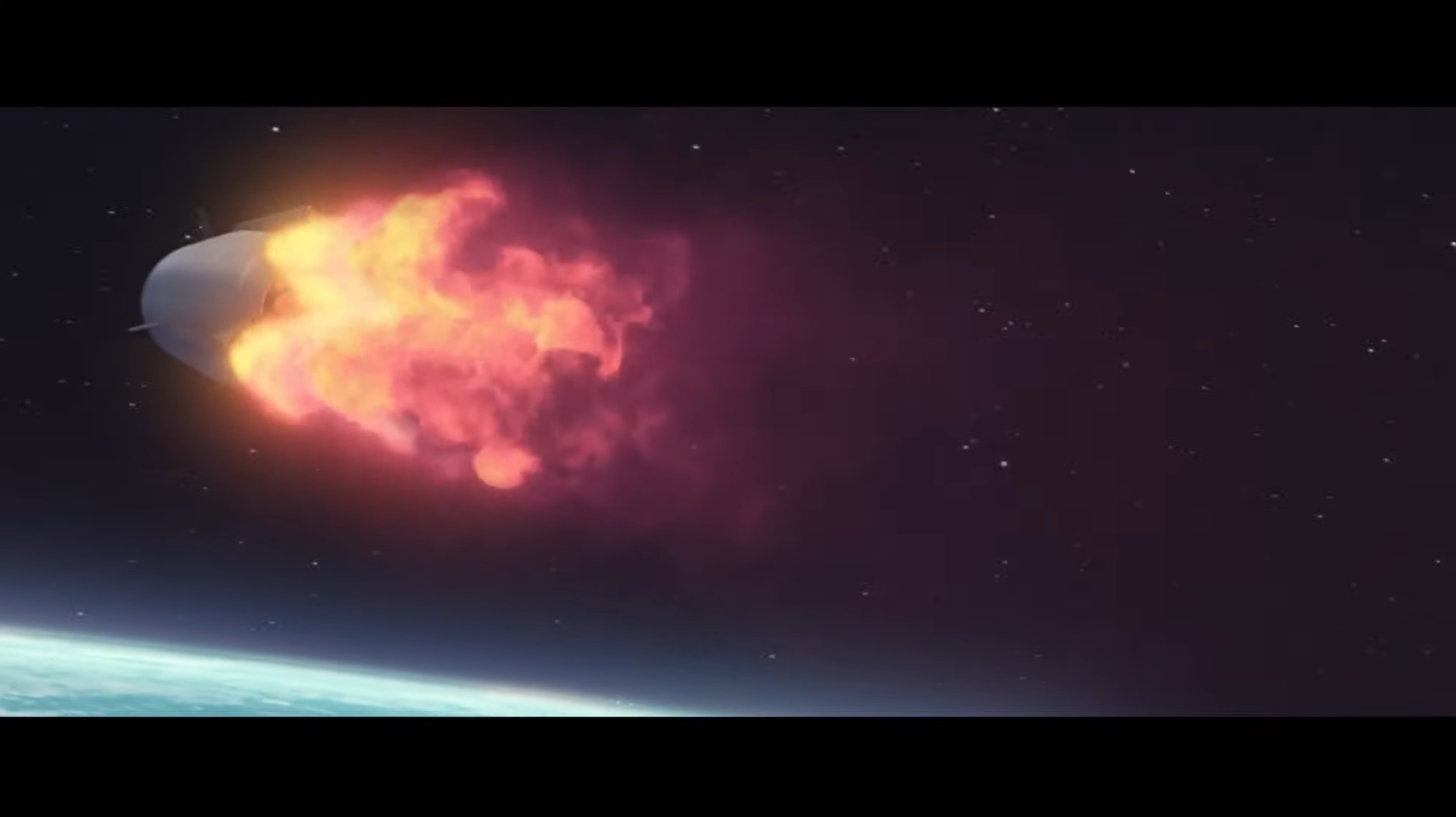 “We have already shown with Electron that carbon composites are an ideal material for an orbital rocket,” said Beck. “Now, thanks to Neutron, it’s gonna really come into its own as a rocket material of the future.”

Back further noted that prototype tanks for Neutron’s two stages are already being built and that the first hot-fire test of the new Archimedes engine is planned for 2022.

Notably absent from the presentation was an estimate on the first launch date, which had previously been 2024. Also absent was mention of the Mid-Atlantic Regional Spaceport in Virginia which had been planned as the initial launch site for the vehicle.

Instead, Beck mentioned a launch facility devoid of most equipment – as simple as possible.

A switch away from Pad 0A at the Mid-Atlantic Regional Spaceport would make sense given Neutron’s desire to use a very simple launch pad and its switch of propellants from RP-1 kerosene and liquid oxygen (the ground support equipment for which is already present at Pad 0A) to liquid methane and liquid oxygen.