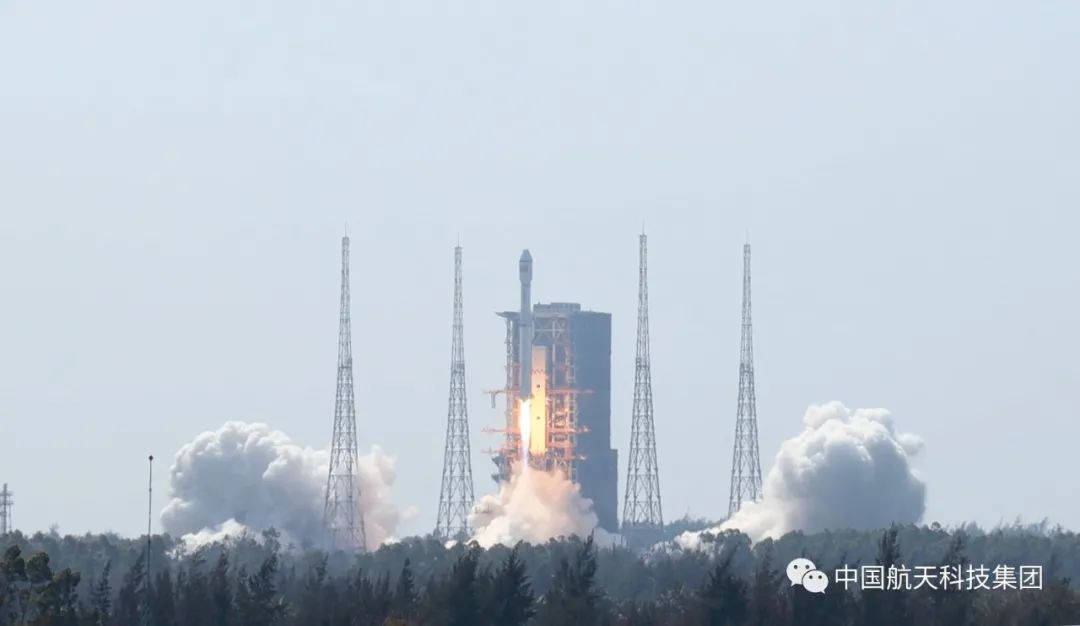 China launched the second Chang Zheng 8 on Sunday from LC-201 at the Wenchang Satellite Launch Center. The liftoff occurred at 03:06 UTC and was confirmed a success an hour later.

The mission flew to a Sun-Synchronous Orbit (SSO) and took a variety of payloads to space on a rideshare mission.

The full weight of the payload, including the adaptor, was 2.6 tons, with the satellites massing 1.7 tons. On this mission, the rideshare included 22 payloads, hence the name “One Arrow, 22 Stars”.

Ten of the satellites launched are part of the Jilin-1 constellation, which started deployment in October 2015. This is a series of Earth observation satellites operated by the Chang Guang Satellite Technology Corporation. Previously, the constellation was launched on the Kuaizhou-1A rocket and a variety of Chang Zheng family rockets as well.

The current plan is to increase the size of the constellation to 138 satellites by 2030. This would provide images every 10 minutes with resolutions down to 0.72 meters of an area up to 11.6 kilometers per satellite. Most of the satellites operate in an SSO. 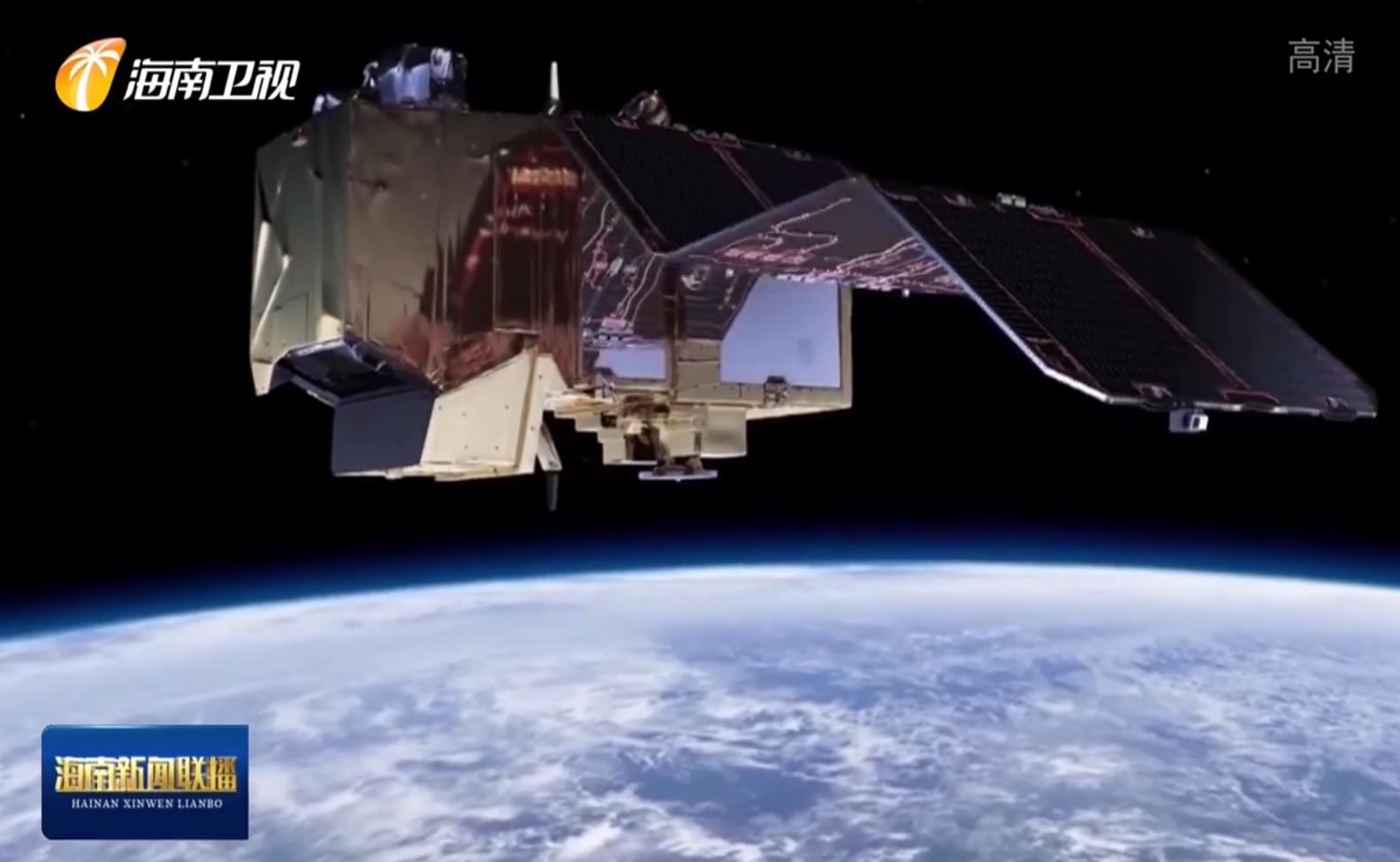 A Hainan satellite, like the ones launched on the CZ-8 Y2 mission.

Four other payloads on the flight are a set of Hainan satellites that were built by the Shenzhen DFH corporation and were designed and overviewed by the Chinese Academy of Sciences (CAS) Academy of Aerospace Information.

The Hainan constellation will include six electro-optical satellites, two hyperspectral satellites, and two synthetic aperture radar (SAR) satellites to monitor the South Chinese Sea. They are named after the Chinese island of Hainan, which will function as a control center for the constellation.

It will help the Chinese government respond faster to all kinds of incidents that happen in the South China Sea. It will also greatly increase the mapping capabilities of the area, including spotting natural resources.

A single image can cover an area of 115 km with a ground resolution of 1.55 meters.

The mission further included the payload “Venstar ” by Wuhan University. Venstar is a “micro-nano satellite” according to a statement by the provider. It passed testing on January 26, 2022, in preparation for launch and is designed to demonstrate low cost, quick build, and flexibility. It was mainly built by students of the university under the leadership of Professor Jinguang.

In total, the mass of the Venstar is 19kg. It features a visible light camera, an infrared camera with the ability to produce 32-band hyperspectral images, 8-band luminous images, and infrared images.

And what's this? CASC announces that a single stick configuration of the Long March 8 will be launched in the first quarter of the year. What this variant is called, I don't know. Going with a silly CZ-8SB (sans boosters). https://t.co/07iwxbgmRF

The Universiade Star Times-17 payload, built by National Star Aerospace, was also on board and was cleared to launch on January 28. It is a remote sensing Artificial Intelligence satellite that’s detailed purpose and mass are unknown.

This was the second flight of the Chang Zheng 8 (CZ-8) rocket family. The first launch was conducted on December 22, 2020, from Wenchang and was a success. While the first launch included side boosters, this second launch flew a version of the rocket that was previously referred to as Chang Zheng 8A. This means that there are no K2 side boosters installed.

The rocket itself is 50.34 meters tall with a diameter of 3.35 meters and consists of two stages: the K3 core stage and the second stage that sits on top. It is based on the design of the Chang Zheng 7 rocket, which uses the same first stage but a different second stage.

It is part of the new generation of Chinese rockets which are no longer based on the hypergolic combination of unsymmetrical dimethylhydrazine (UDMH) and dinitrogen tetroxide (NTO) but instead use conventional rocket fuels such as liquid hydrogen and RP-1 in combination with liquid oxygen. 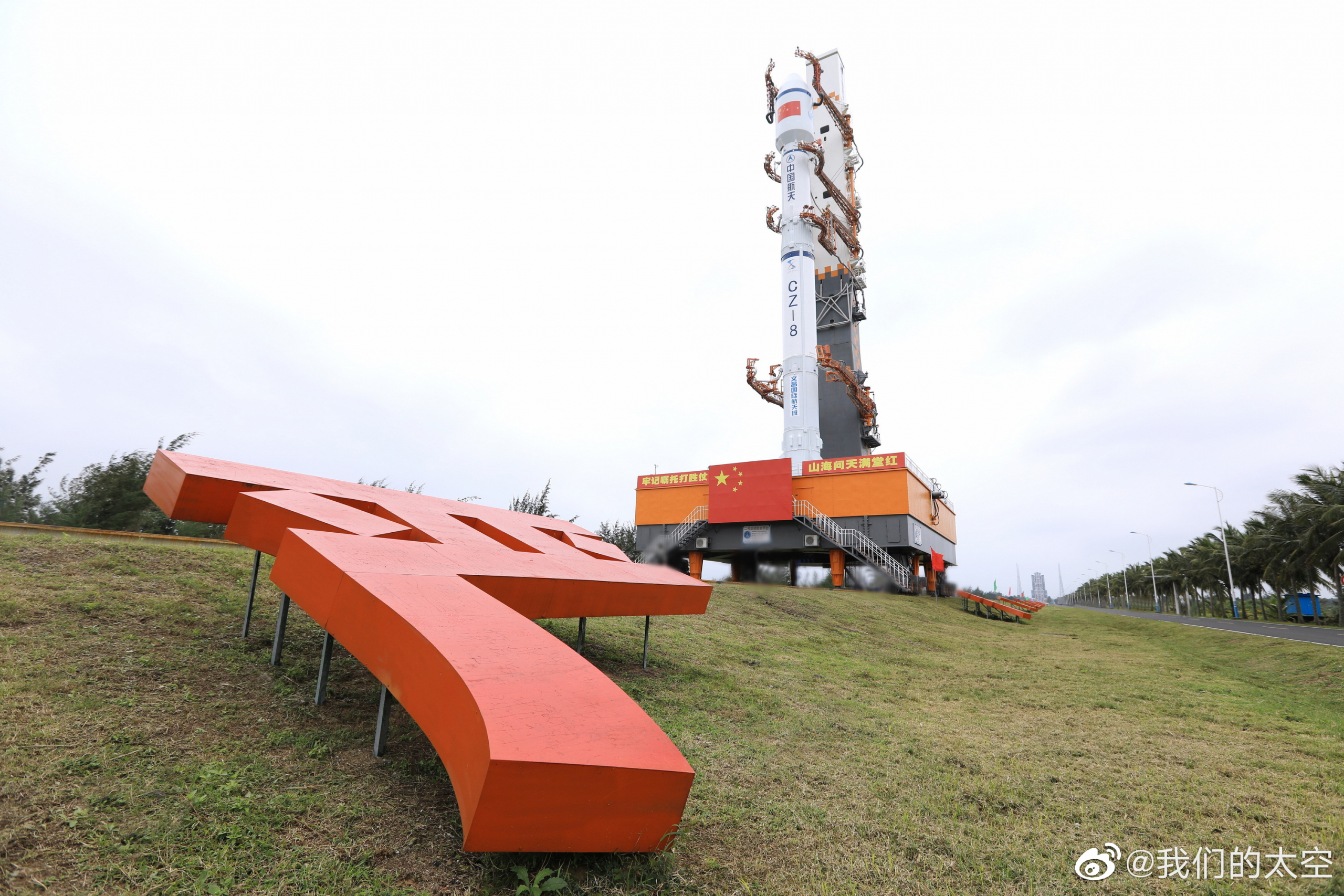 CZ-8 rolling to the pad for the Y2 rideshare mission.

The first stage of the CZ-8 stands 25.083 meters tall with a diameter of 3.35 meters. It produces a thrust at liftoff of 2,400 kN at sea level, with a specific impulse of 300 seconds. It provides the majority of the lift out of the dense lower atmosphere before the second stage takes over and brings the payload into the desired orbit.

This launch did not feature reusability; however, the plan for the CZ-8 includes reuse capability in the future.

Reuse of the CZ-8 would feature a similar landing approach to Falcon 9, with propulsive landing to save the booster. On the version of the CZ-8 rocket that features side boosters, these would stay attached for the landing.

On top of the first stage, the second stage stands 12.375 meters tall with a diameter of 3 meters. It is similar to the upper stage used on the Chang Zheng 3 family and uses two YF-75 engines, powered by liquid hydrogen. The engines produce 167 kN of thrust with a specific impulse of 438 seconds.

Compared to the first launch of the CZ-8, called Y1, the Y2 mission featured a shorter payload fairing.

(Lead image: CZ-8 lifts off on the Y2 rideshare mission.)