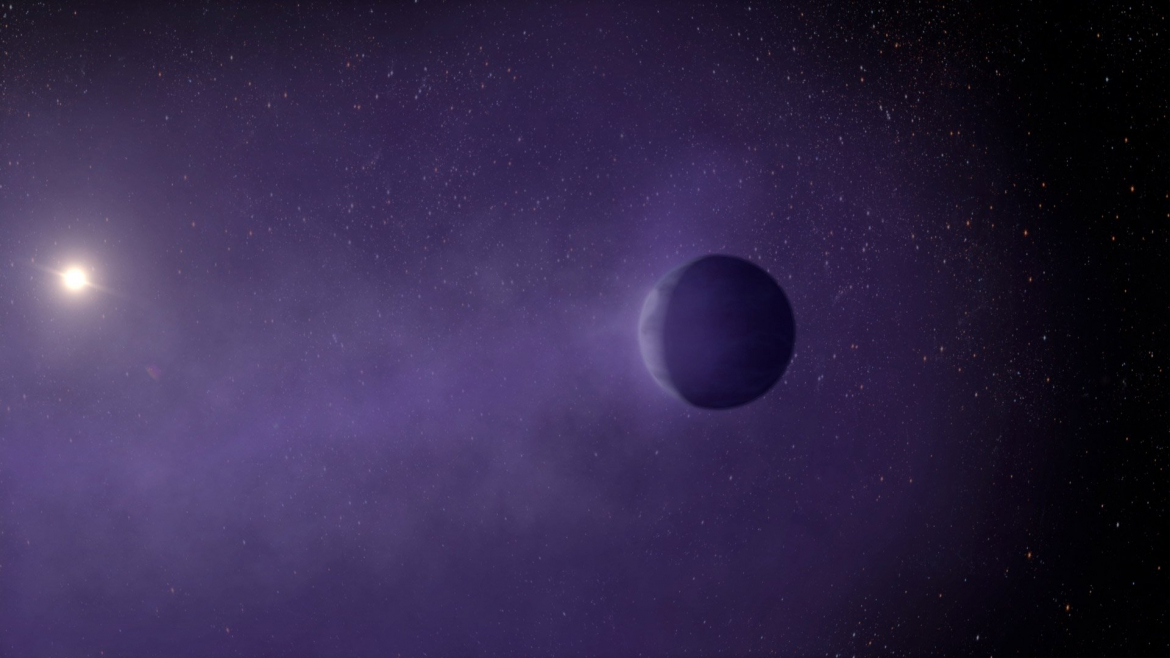 In two studies recently released by a group of astronomers researching exoplanets, the first direct observations of atmospheric loss on mini-Neptune exoplanets were confirmed. What’s more, the data from the studies points to the atmospheric loss potentially causing the mini-Neptunes to transform into super-Earth exoplanets — a stunning discovery in exoplanet research.

“Most astronomers suspected that young, mini-Neptunes must have evaporating atmospheres. But, nobody had ever caught one in the process of doing so until now,” said Michael Zhang, a graduate student at the California Institute of Technology and lead author of both studies.

The data from the studies also highlights another discovery, that an exoplanet’s parent star could be pulling in the atmospheric gases that were seen to be escaping from the planet. The researchers used data from observations made by the joint NASA/ESA Hubble Space Telescope in low Earth orbit and from the W. M. Keck Observatory in Hawaii.

Throughout the universe, exoplanets can be found orbiting parent stars in the millions of galaxies that fill the vastness of space. In the Milky Way alone, nearly 5,000 exoplanets have been detected, all of which come in different sizes, compositions, orbits, shapes, and much, much more. Additionally, there is evidence that exoplanets may exist outside of our galaxy — likely bringing the total number of exoplanets in the universe into the billions.

Can ''puffy planets'' slim down?

Using @NASAHubble, astronomers have identified two different cases of "mini-Neptune" planets that are losing their puffy atmospheres and likely transforming into super-Earths! (Though we love them at any size…)https://t.co/PgzroNUPxg pic.twitter.com/ODxQGGzLfJ

However, with such a diverse and rapidly changing catalog of exoplanets, a system was established to help astronomers categorize certain exoplanets into groups for easier studying and identification. NASA categorizes exoplanets into four main groups: gas giants, super-Earths, Neptune-like, and terrestrial.

The characteristics of an exoplanet can be easily determined by the type it is designated, with terrestrial exoplanets featuring rocky surfaces and Neptune-like exoplanets exhibiting features similar to Neptune.  These exoplanet types can be broken down even further into smaller subcategories.

One of these exoplanets type subcategories is mini-Neptunes, which are smaller, denser versions of our solar system’s eighth planet — Neptune. Mini-Neptunes are likely two to four times the size of Earth — slightly larger than super-Earths, which are approximately 1.6 to 1.75 times larger than Earth.

Recently, these mini-Neptunes have caught the eye of astronomers, who have discovered that the “puffy” atmospheres of these small gas giants might be fading away, causing the mini-Neptunes to transform into slightly-smaller super-Earth exoplanets.

How exactly are these mini gas giants losing their atmospheres?

Data from the studies show that radiation, solar flares, and other extreme solar events are responsible for stripping away the atmospheres of TOI 560.01, HD 63433c, and likely other mini-Neptunes in our galaxy. When the radiation from the mini-Neptune’s parent star hits the gases of the exoplanet’s atmosphere, it causes the gas to become extremely hot and begin flowing away from the exoplanet like steam.

Furthermore, the close proximity of TOI 560.01 and HD 63433c to their parent stars only increases the detrimental effects of various solar events on their atmospheres, which is likely what allowed researchers to observe the atmospheric loss with Hubble and Keck.

Zhang et al. were able to directly observe the loss of the atmospheres around TOI 560.01 and HD 63433c by observing the two planets cross, or transit, in front of their parent star. When exoplanets transit their parent star, they block a portion of the light that reaches Earth, creating a light curve that astronomers can study to determine an exoplanet’s size, shape, atmospheric composition (if it has an atmosphere), and more. Using the transit method, the researchers were able to detect signatures of helium around TOI 560.01.

An example of a light curve generated from an exoplanet transiting its star. This method was used to observe TOI 560.01 and HD 63433c. (Credit: NASA Ames)

What’s more, the data and observations of TOI 560.01 showed that the atmospheric gases that were observed to be escaping from its atmosphere were actually moving inward toward its parent star — the opposite of what was expected. However, additional research and observations of other mini-Neptunes losing their atmospheres are needed to confirm that this strange phenomenon is natural and not just an anomaly of TOI 560.01.

The atmospheres of mini-Neptunes are very thick, and as they are stripped away over millions of years, the thickness and density of the exoplanet’s hydrogen-helium atmosphere will decrease — shrinking the size of the planet and exposing more and more of the exoplanet’s layers.

Unlike Neptune, mini-Neptunes are expected to feature deep layers of rock, ice, and, possibly, liquid oceans. As the thick atmosphere surrounding their rocky surface is stripped away, more and more of this surface is exposed, until an exoplanet resembling a super-Earth remains.

However, in order for a mini-Neptune to transform into a super-Earth, it has to be small enough and orbit at just the right distance from its star so that stellar X-rays and ultraviolet radiation can strip away its thick hydrogen-helium atmosphere — a process that could take millions of years.

This theory that mini-Neptunes may transition into super-Earths due to atmospheric loss is one of the leading theories behind the cause of the size-gap between rare mini-Neptune exoplanets and more common Neptune-sized exoplanets. 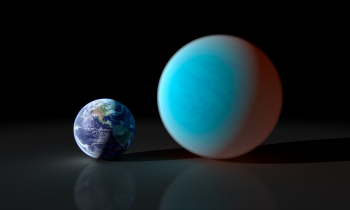 “A planet in the size-gap would have enough atmosphere to puff up its radius, making it intercept more stellar radiation and thereby enabling fast mass loss,” said Zhang.

Unfortunately, however, the leftover atmosphere would continue to be stripped away, only allowing the super-Earth to feature an atmosphere similar to Earth’s for a few thousand years.

“But the atmosphere is thin enough that it gets lost quickly. This is why a planet wouldn’t stay in the gap for long,” Zhang said.

The Zhang et al. research represents the first direct evidence to support one of many theories that attempt to explain why mini-Neptunes are turning into super-Earths, and why the size-gap exists between mini-Neptunes and other more conventional planet sizes.