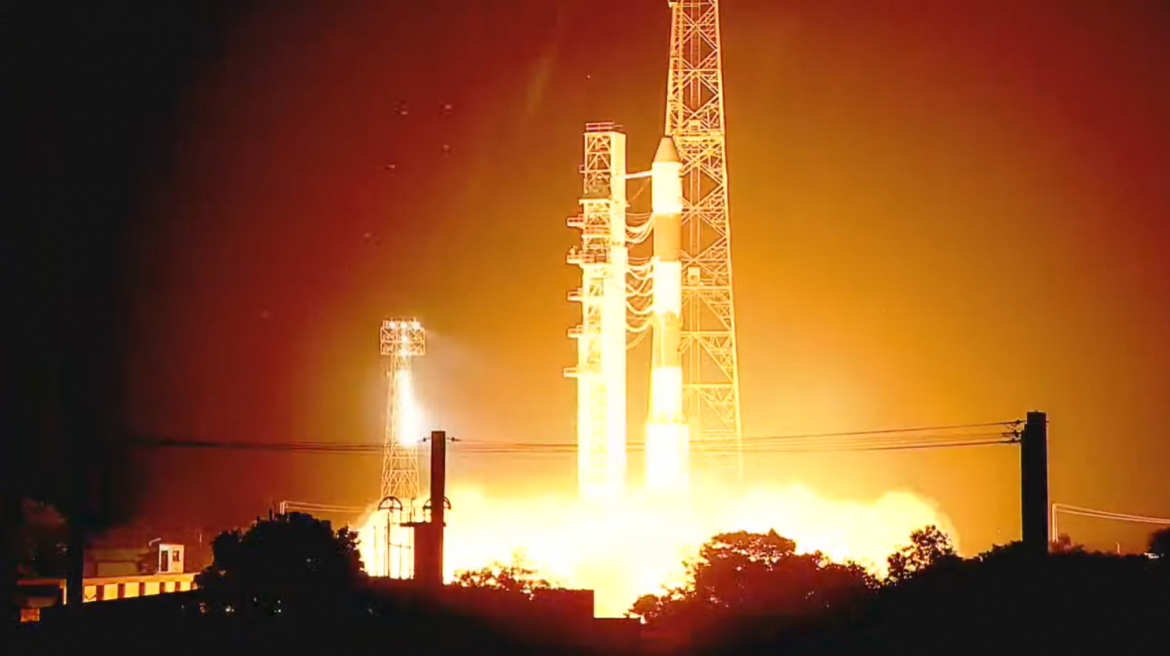 India launched the PSLV-XL rocket for the nation’s first mission of 2022. Following last August’s EOS-03 GSLV launch failure, ISRO returned to flight with the workhorse rocket. For this flight, PSLV will carry the EOS-04 radar Earth observation satellite along with two secondary payloads.

This launch was the first of six planned for 2022, as ISRO attempts to fly a backlog of flights delayed by the COVID-19 pandemic and its associated restrictions, as well as by some issues with payloads that needed to be fixed. The August 2021 launch failure has also caused further delays to some launches.

As ISRO works to clear its backlog of delayed flights, it does so under new leadership as well. The EOS-04 mission will be the first flown under the leadership of Sreedhara Somanath, the former director of the Vikram Sarabhai Space Centre and a veteran aerospace engineer. He succeeds K. Sivan, who acted as ISRO chairman from 2018 to this year.

The main payload on Monday’s flight was the EOS-04 (Earth Observation System-04) satellite, which is a 1.7-ton Earth observation satellite equipped with a C-band radar. This will allow the satellite to image the Earth under all weather and lighting conditions. 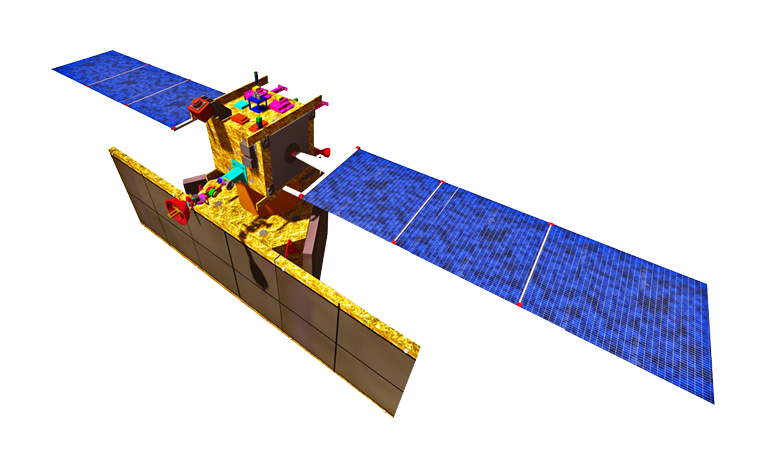 EOS-04, also known as RISAT-1A, will be launched into a sun-synchronous polar orbit similar to other Earth observation satellites. In this orbit, it will be at an altitude of 529 kilometers above Earth. After commissioning, EOS-04 imagery is intended to support agriculture, forestry, soil mapping, flood mapping, and other applications.

EOS-04 is one of a number of Earth observation satellites that India has developed over the decades, starting with IRS-1A in 1988. EOS-04 has also been preceded by RISAT-1, of a similar design, launched in 2012. The radar data from EOS-04 will be used along with optical data from other satellites — such as Resourcesat-2 — to support Earth observation activities.

This is especially important for India, as many parts of the country are prone to flooding during monsoons and tropical cyclone impacts. One recent example is last November’s floods in the states of Tamil Nadu and Andhra Pradesh — the latter of which is the state where the Satish Dhawan Space Centre is located.

Two secondary payloads was also flown on Monday’s PSLV-XL mission. The first — called IS-1 (INSPIRESat-1) — is a ten-kilogram CubeSat developed by an international consortium with parties from India, Singapore, Taiwan, and the United States.

The University of Colorado at Boulder is providing a NASA-funded DAXSS (Dual-zone Aperture X-ray Solar Spectrometer), while Taiwan is providing the Compact Ionosphere Probe. With these instruments, INSPIRESat-1 will study the solar corona and the ionosphere. It will be the third in a series of academic research satellites to be orbited.

The other secondary payload was INS-2TD. This 17.5-kilogram satellite is an ISRO technology demonstrator equipped with a thermal imaging camera that will observe land and water surface temperatures. It is a precursor to a joint Indian-Bhutanese satellite known as INS-2B, which will be launched on a later flight. This project is a milestone for the small mountain kingdom of Bhutan’s space activities, which also includes a recently-built satellite ground station in the capital of Thimphu. 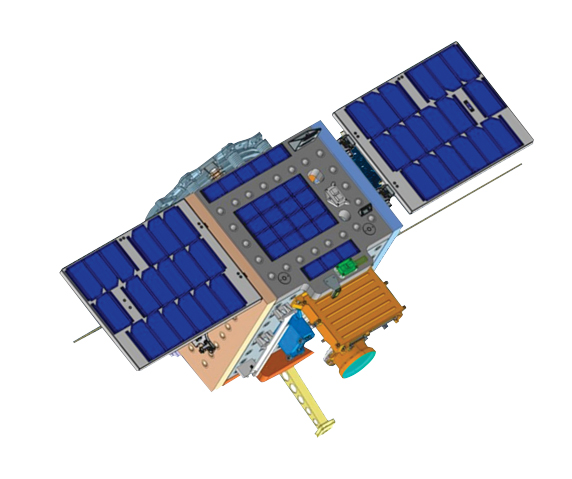 After the PSLV-XL ignited its first stage and four of the six strap-on boosters, it launched southward in a trajectory over the Bay of Bengal. 25 seconds into the flight, two air-lit boosters ignited in a manner similar to some versions of the United Launch Alliance’s retired Delta II rocket.

The hypergolic liquid-fueled second stage, powered by a Vikas engine, powered EOS-04 and its companions after first stage burnout. The engine, with a thrust of 799 kN, uses UDMH (unsymmetrical dimethylhydrazine) and nitrogen tetroxide, which are storable at room temperature. These highly toxic fuels are also used in launch vehicles like the Russian Proton and China’s Long March 2/3/4 series. 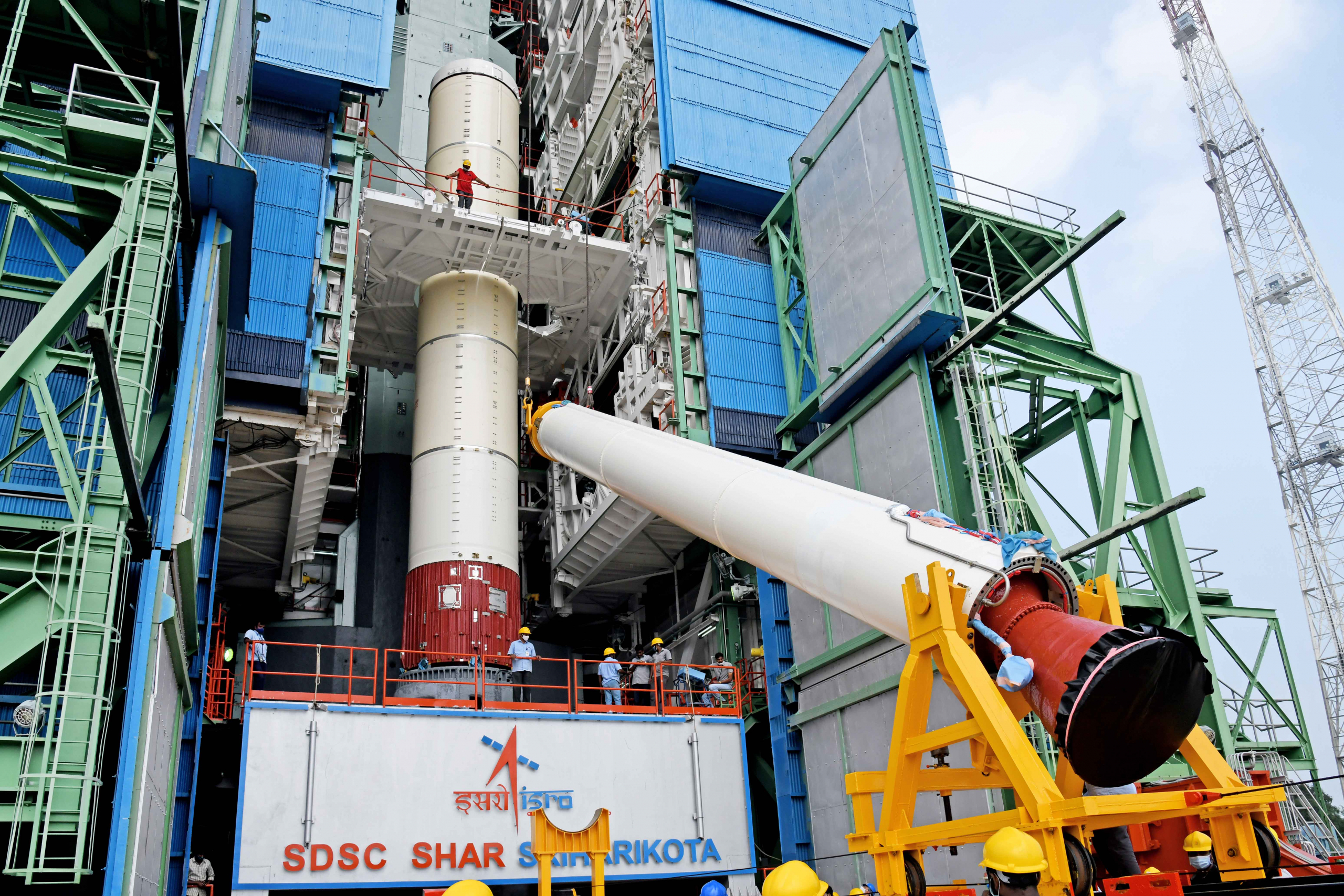 One of the six solid rocket boosters is lifted for stacking ahead of the EOS-04 mission. (Credit: ISRO)

At the 266 second mark, the second stage separated. The third stage then ignited for 112.1 seconds. The third stage on the PSLV-XL uses a 240 kN thrust solid rocket motor and will burn out around the 378-second mark (over six minutes into the flight) before a coast phase.

Finally, the PSLV’s fourth stage uses two liquid-fueled engines using storable propellants — in this case, MMH (monomethylhydrazine) and MON (mixed oxides of nitrogen) — with a thrust of 7.6 kN each. The stage can burn for up to 523 seconds. These engines can be restarted if needed, and this stage will release the payloads into their operational orbits.

The PSLV-XL can launch up to 1,750 kilograms into a sun-synchronous orbit at 600 km altitude, or up to 1,425 kilograms into a sub-GTO (sub-geostationary transfer) orbit with an apogee of 34,000 kilometers or less. This is in a similar performance class to the ESA Vega or Chinese Long March 2C rockets.

The PSLV series of rockets has launched many Indian satellites since its first flight in 1993. The PSLV-XL configuration first flew in 2008, launching Chandrayaan-1 to the Moon, and has flown 22 times with one failure in 2017 — when the payload fairing failed to deploy.

The PSLV-XL variant is versatile enough to launch planetary probes such as the Mars Orbiter Mission and satellites like India’s first orbiting astronomical observatory, Astrosat. In addition, the vehicle can lift geostationary payloads like the IRNSS-1I navigational satellite. 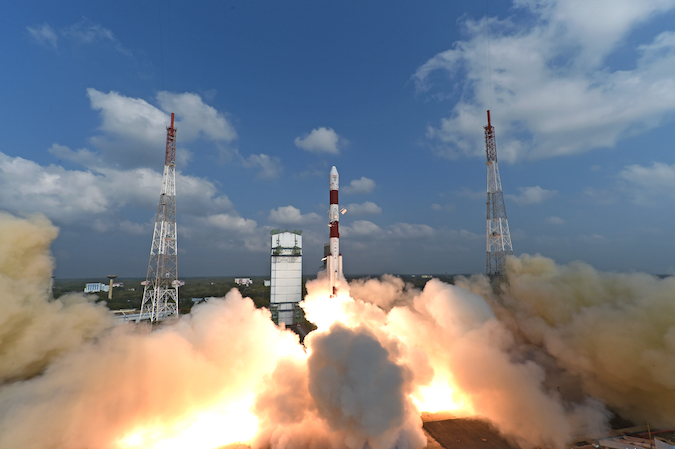 However, as its name suggests, the PSLV series started out as a means for India to launch its own observation satellites into polar orbit — and it continues to fly these missions. The PSLV family, which includes a core-stage only version as well as versions with fewer solid rocket boosters, is one of three rockets currently used by ISRO.

The SSLV (Small Satellite Launch Vehicle) is designed to fly smaller payloads and is scheduled to make its debut flight later this year.

The EOS-04 flight starts off a year where ISRO hopes to fly the Chandrayaan-3 lunar lander/rover combination as well as the first uncrewed Gaganyaan test flight. This comes as India strives to expand its spaceflight capabilities in an era where space has become a major arena for the world’s nations.

Lead image: PSLV on the launch pad ahead of the EOS-04 mission. (Credit: ISRO)