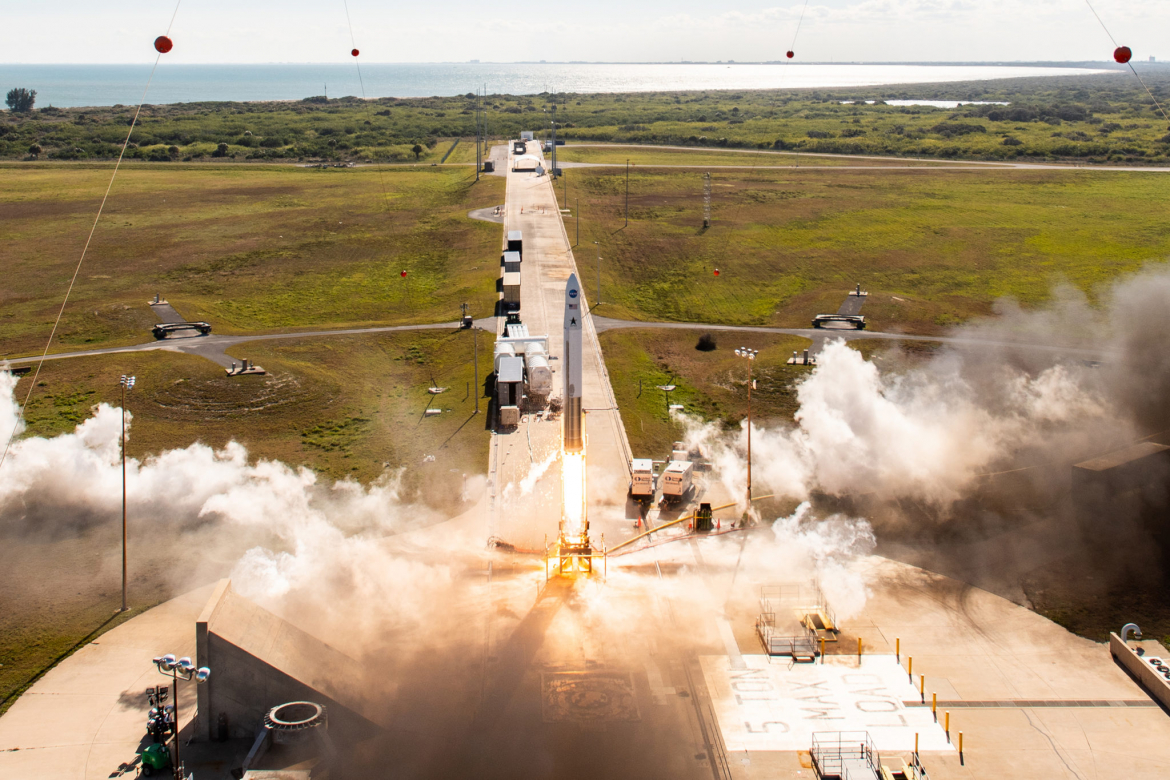 Astra has determined the causes of two failure points that led to the loss to the LV0008 Rocket 3 mission, also known as ELaNA 41, on February 10, 2022.

During the launch, a failure occurred around the time of stage separation, with Astra announcing not one but two separate failures – one affecting payload fairing separation and another affecting the upper stage’s thrust vector control (TVC) – ultimately caused the loss of the mission.

The ELaNa 41 mission was launched as part of NASA’s Venture Class Launch Services (VCLS) program, which in itself is part of the larger CubeSat Launch Initiative (CSLI), enabling small spacecraft to fly on upcoming missions that use smaller launch vehicles such as Astra’s Rocket 3 and Rocket Lab’s Electron. It was the company’s first launch from the Cape and carried four technology demonstration payloads – BAMA-1, INCA, QubeSat, and R5-S1.

Liftoff took place at 3:00 PM EST (20:00 UTC). First stage flight was nominal, but an anomaly occurred during the stage separation sequence lead to the upper stage of LV0008 not reaching orbit. 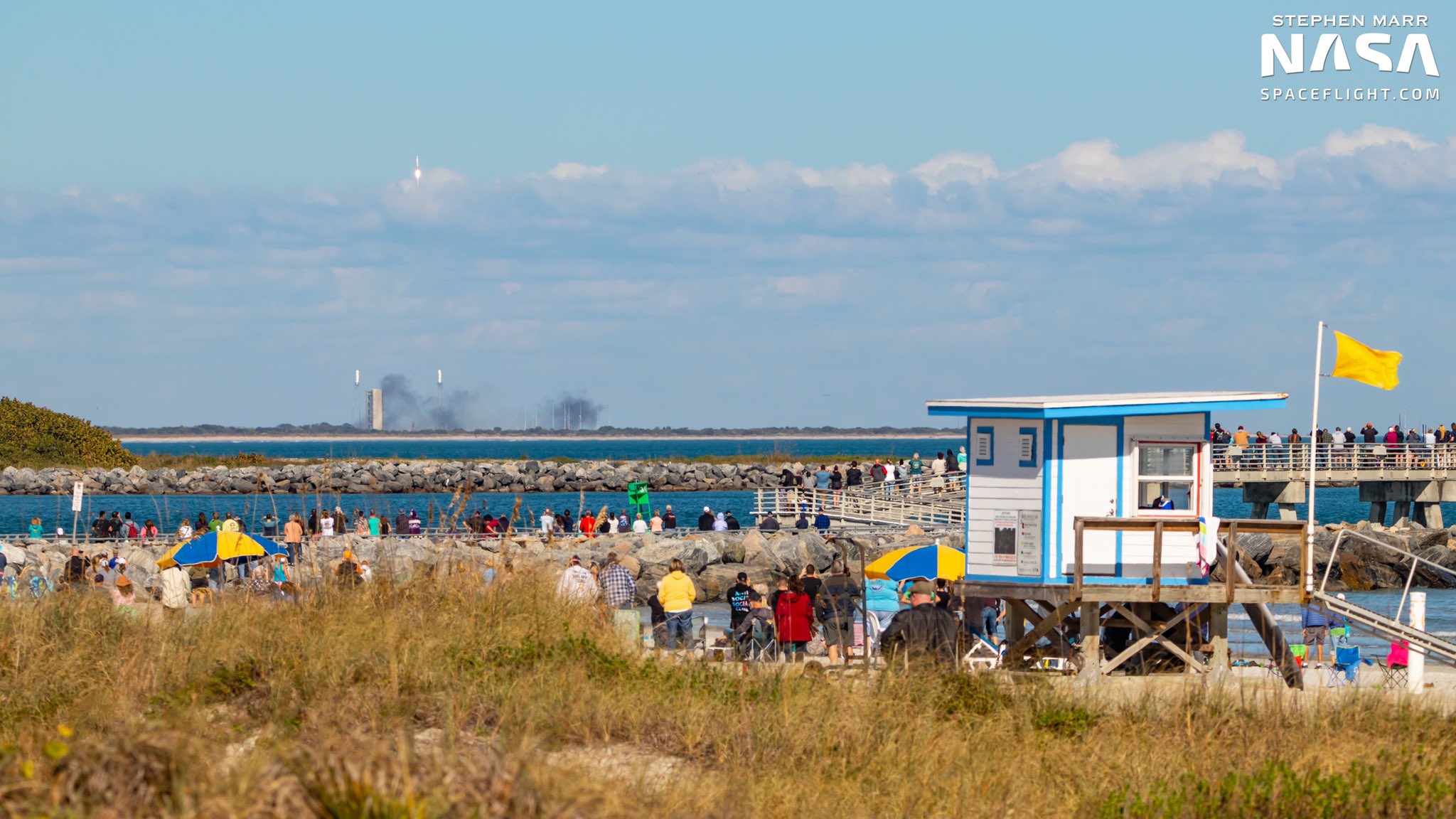 Chris Kemp – the founder, chairman, and CEO of Astra – stated in a tweet that he was “deeply sorry that we were not able to deliver our customer’s payloads. I’m with the team looking at data, and we will provide more info as soon as we can.”

The company immediately launched an investigation to determine the root cause of the anomaly that had occurred during stage separation. The investigation was done in cooperation with the US Federal Aviation Administration (FAA), which provides government oversight for space-related activities and is responsible for launch licensing.

Through their analysis, Astra confirmed that the payload fairing on LV0008 failed to separate properly prior to upper stage engine ignition due to an electrical issue. The five separation mechanisms that are present in the Rocket 3 fairing were triggered in an incorrect order, resulting in unexpected fairing movement that caused a disconnection in the electrical wiring. This meant that one of the five separation mechanisms did not receive the command to open, thereby preventing the fairing from separating completely.

Upon further investigation, Astra narrowed the root cause of the fairing separation issue down to an error in the electrical harness engineering diagram for the separation mechanisms. The harness was built and installed as specified by the drawing and installation procedures, but an error in the drawing itself led to two of the five harness channels being inadvertently swapped.

An end-of-line signal test performed prior to launch, which verified that the wiring harness was built to meet specifications, could not detect an error in the design itself. The swapped separation channels led to a different triggering sequence than expected, causing the fairing deployment mishap. 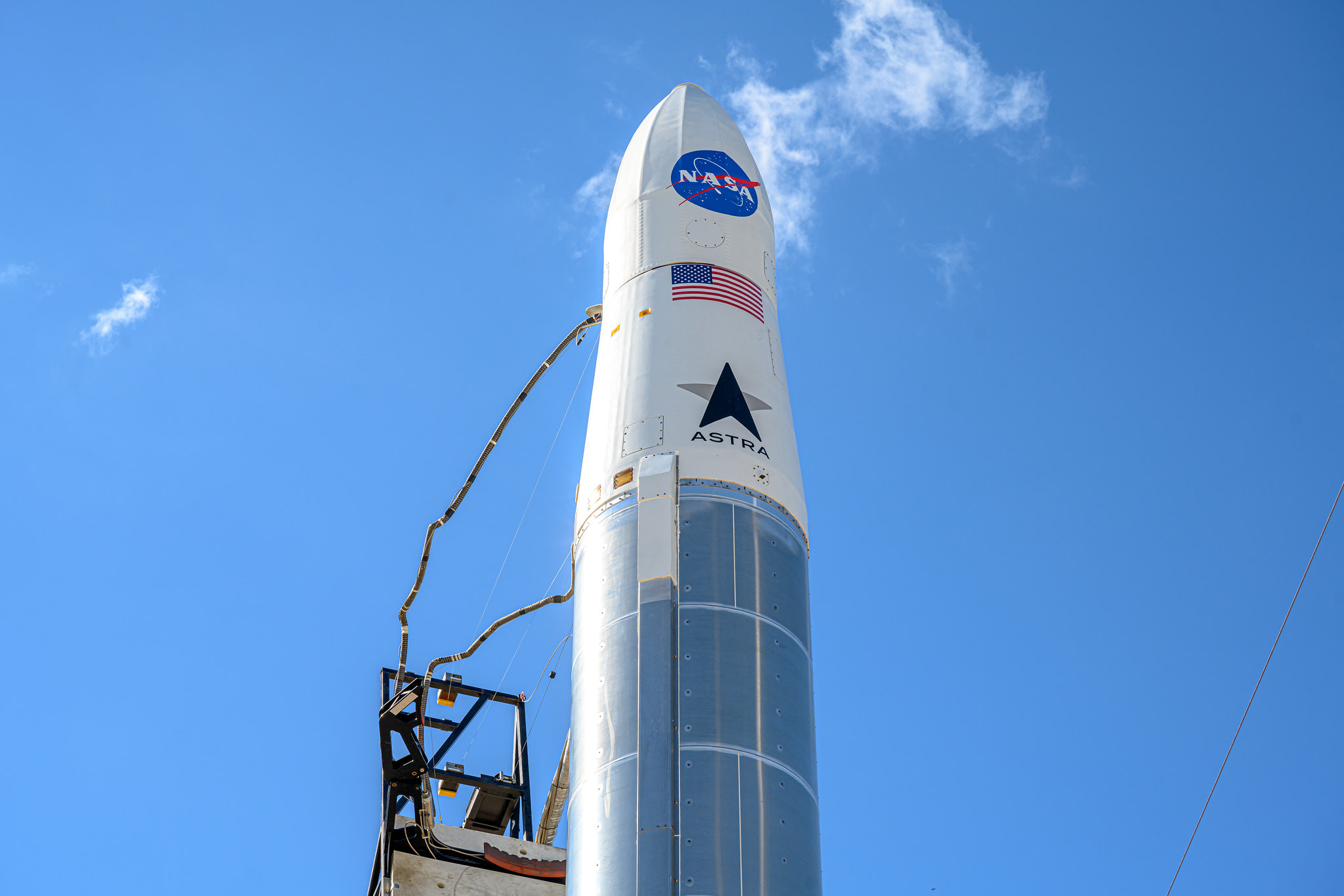 The NASA logo prominently featured on the fairing of Rocket 3 LV0008 ahead of the launch of ELaNa 41. (Credit: John Kraus / Astra)

Separate from the fairing failure, Astra also discovered a problem in the software that left the upper stage engine, Aether, unable to utilize its thrust vector control (TVC) system – which allows the engine to gimbal and maneuver the vehicle. This loss of thrust vectoring led to the upper stage tumbling out of control following the off-nominal separation of the fairing, and ultimately caused the end of the ELaNa 41 mission.

This software issue was attributed to a specific “packet loss” failure mode that Astra had not predicted. A series of missed signals resulted in an unlikely string of subsequent events eventually leading to the loss of thrust vectoring and the irrecoverable tumbling of the upper stage.

When asked if the upper stage TVC anomaly was a knock-on effect from the fairing anomaly, Astra stated that “We have determined that these issues are independent and are ensuring the mitigations fully address the root causes for each issue.”

These failure modes were able to be recreated in simulated testing using flight hardware at Astra’s factory in Alameda, California. With multiple launch vehicles in various states of production simultaneously, the company used this to step through what had happened during the failed launch and diagnose the root causes with a high degree of confidence.

Because of this, Astra has implemented solutions concerning each failure mode respectively. The engineering drawing for the fairing separation mechanisms’ electrical harness has since been remedied, with previously-built harnesses now featuring this change as well. The company has also incorporated a new end-of-line signal test into their pre-launch preparations in order to identify any similar issues if they were to occur. 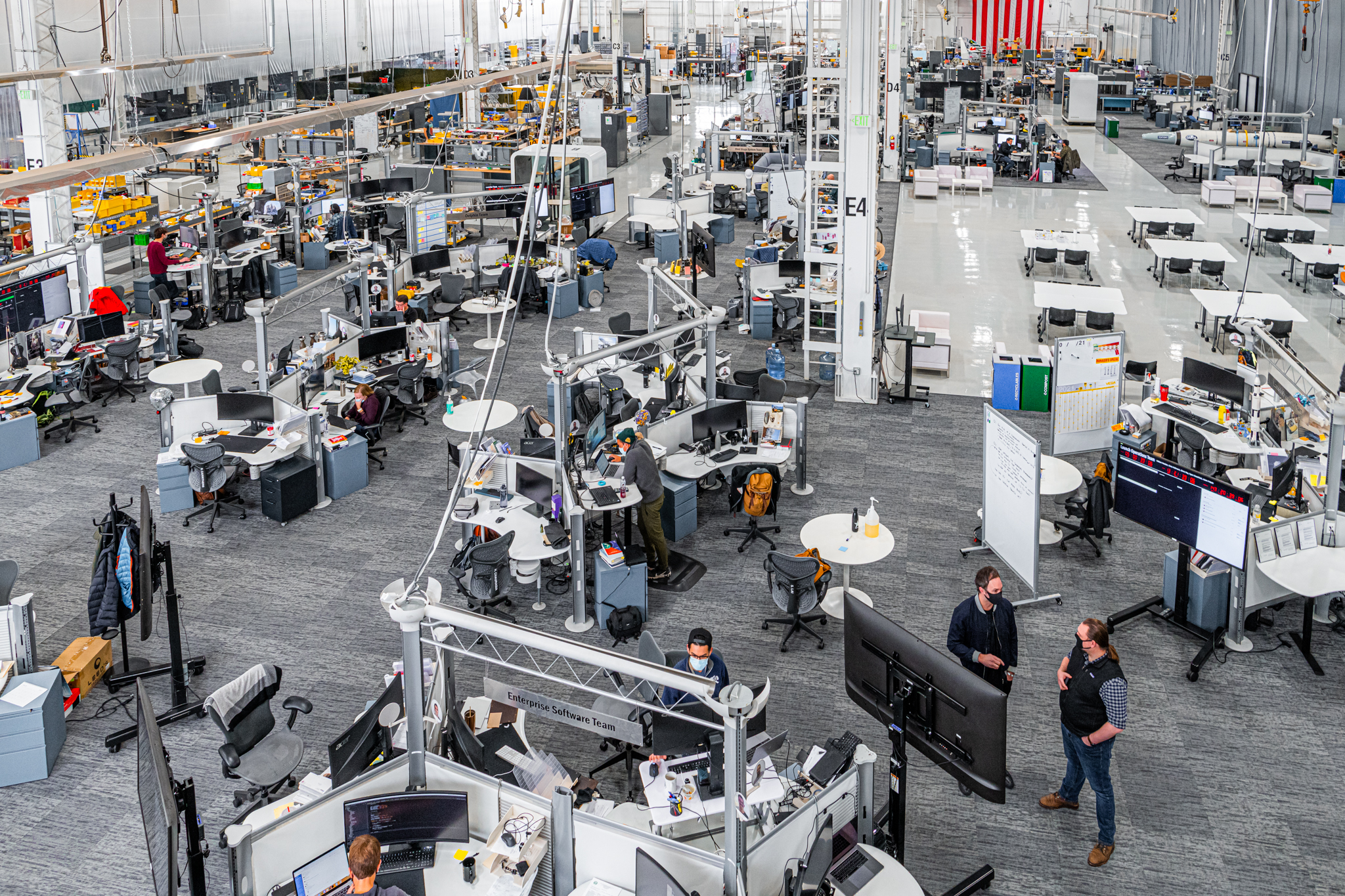 Astra employees on the floor at the company’s HQ in Alameda, California. (Credit: John Kraus / Astra)

Astra has also introduced upgrades to the software suite, which are designed to further strengthen the system and make it more resistant to packet loss events. Through testing on flight hardware and iterations to the design, the company states that they have been able to demonstrate that these changes eliminate the issue which was present on LV0008.

With the corrective actions implemented, Astra is looking to make a return to flight in the coming days. Temporary flight restrictions (TFRs) and notices to airmen (NOTAMs) filed by the FAA indicate Astra is targeting a launch date of no earlier than March 13 for the Rocket 3 LV0009 mission. The flight is due to launch from the Pacific Spaceport Complex in Alaska, which supported the successful flight of Rocket 3 LV0007 in November 2021.

The payload for the LV0009 mission is expected to include the S4 CROSSOVER technology demonstrator, which will remain attached to the upper stage of Rocket 3 and serve as a predecessor to a future payload host platform. A Globestar transmitter and an Iridium transceiver, along with some space environmental instruments, will be present on the S4 CROSSOVER spacecraft.