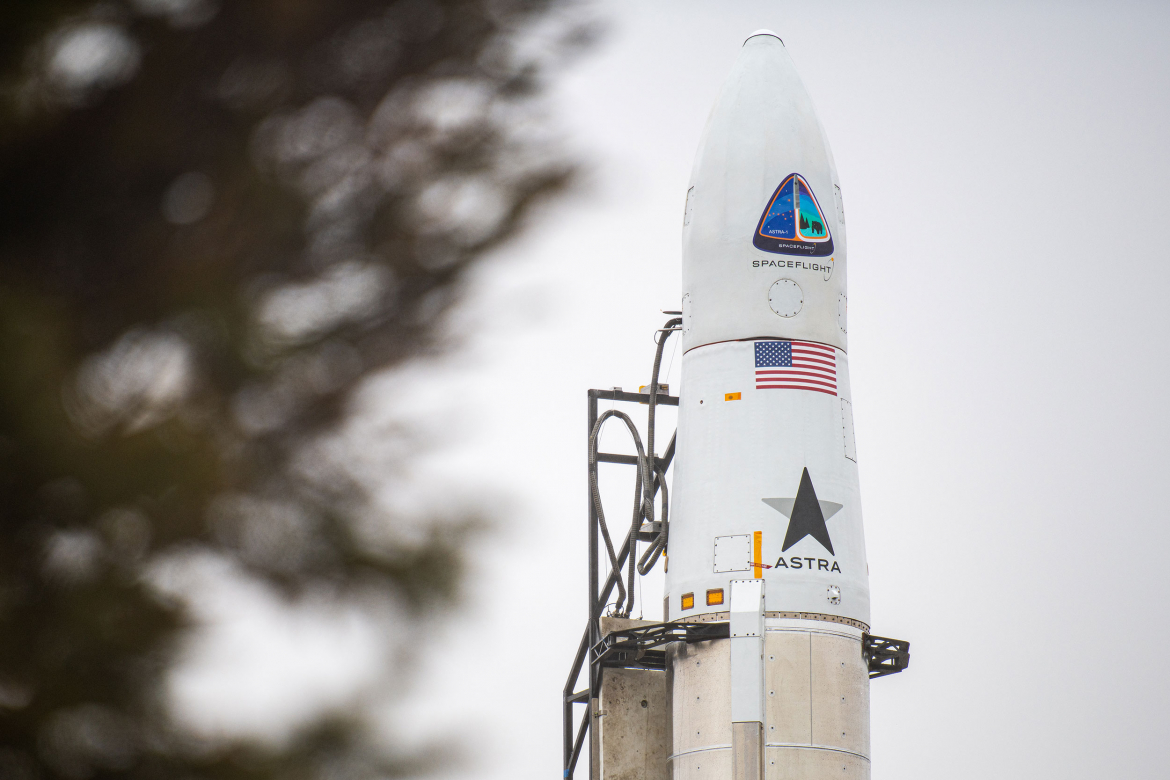 Rocket 3.3, the first Astra rocket to successfully launch to orbit, has successfully returned to flight in what was a closely watched mission just over one month after ELaNa-41 failed during fairing and stage separation. The launch took place on Tuesday, March 15 at 9:22am PDT / 16:22 UTC.

This mission for Spaceflight Inc., designated Astra-1, used the LV0009 vehicle to lift off from Launch Pad-3B at the Pacific Spaceport Complex in Kodiak, Alaska, which was where all of Astra’s test flights, including the successful orbital launch of LV0007, had occurred. Kodiak is the first of two active Astra launch sites, alongside Cape Canaveral which hosted the flight of LV0008 in February.

LV0009 launched along a southerly trajectory toward a Sun Synchronous orbit inclined 97.5 degrees to the equator at an altitude of 525 kilometers. Three minutes after liftoff, the first stage’s five kerosene and liquid oxygen-fueled Delphin engines, fed by electric pumps and with a thrust of 6500 lbs each, cut off, and the all-important fairing separation commenced.

The fairing separation is necessary not just for satellite deployments, but also for the second stage to separate since it is also covered by the fairing. Using the fairing to protect both the payloads and the upper stage during atmospheric flight makes the stage lighter and simpler than it otherwise would be.

On the ELaNa-41 LV0008 launch, the flight went as planned until this critical step. An error in a wiring diagram caused two wiring harness channels to be swapped in an incorrect order. Due to this error, the separation devices fired incorrectly causing an electrical disconnect.

This disconnect prevented the last separation device from receiving its command to fire, so the fairing was not able to separate correctly. After the second stage ignited and finally separated from the first stage, a second issue, one with the flight control software on the upper stage, doomed the ELaNa-41 mission.

Missed signals started a chain of events that resulted in a “packet loss,” the loss of packets of data that prevented the flight control software from controlling the stage’s motions with its thrust vector control (TVC) system that controls the stage’s engine nozzle. 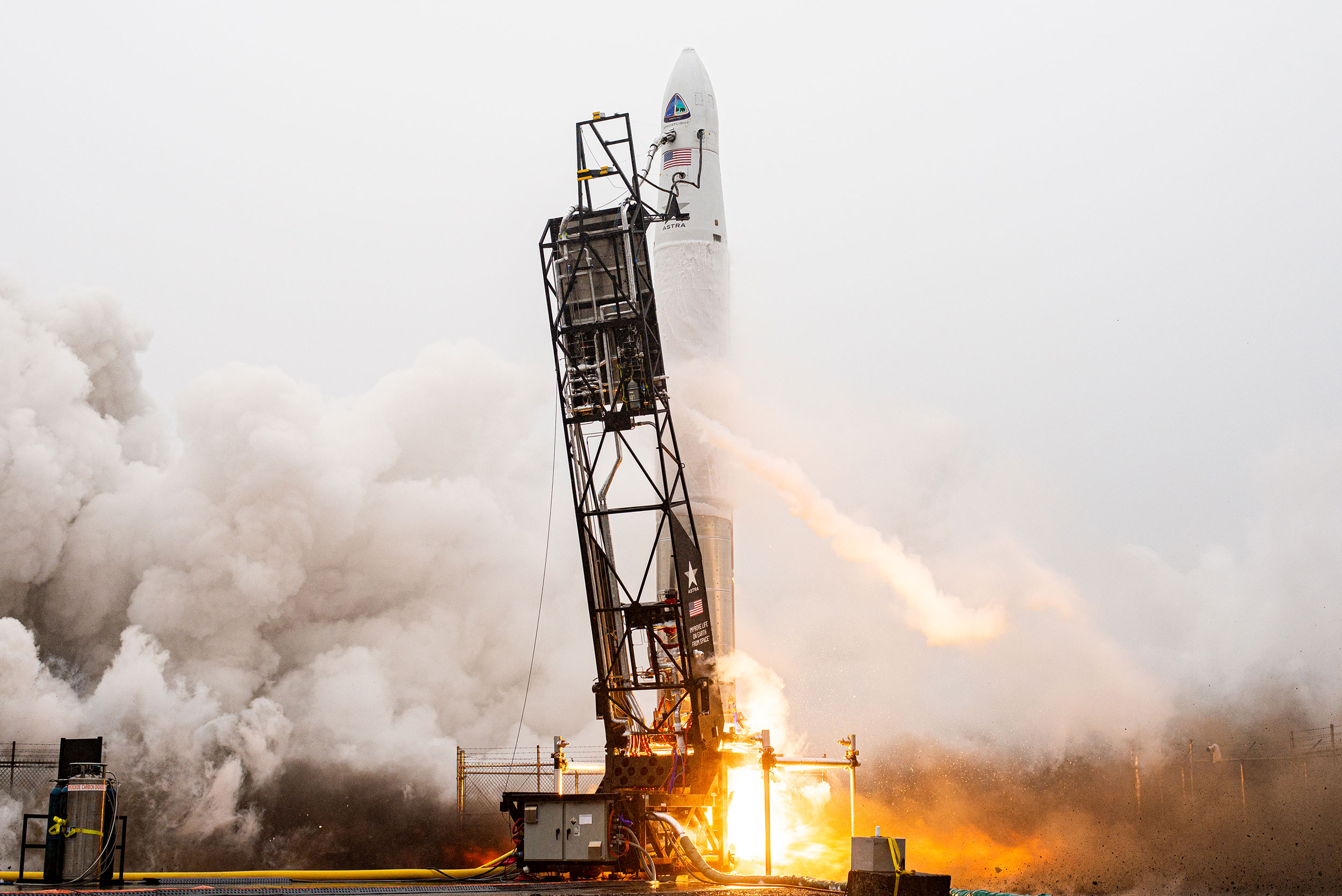 The flight hardware on the Astra-1 mission and subsequent flights has been fixed to prevent the fairing failure mode seen on ELaNa-41, while the software has been given three modifications to reduce the possibility of packet loss. Astra is confident that the issues LV0008 encountered will not recur.

Once LV0009’s fairing separation sequence was completed, the second stage separated and ignited its single pressure-fed Aether engine with 740 lbs of thrust. This engine, also using kerosene and liquid oxygen, is equipped with a large vacuum-optimized nozzle, and will fire from T+3:15 to T+8:40. Ten seconds after second engine cutoff, the payload deployment sequence was to start.

However, Astra was not able to immediately confirm the intended payloads had separated, noting the vehicle being far downrange as expected from tracking stations. Once the satellites returned within range of ground tracking stations, payload separation and mission success was confirmed.

Payloads for three different customers, all managed by Spaceflight Inc., will be carried on this flight. These include NearSpace Launch’s experimental S4 Crossover payload platform and the Portland State Aerospace Society’s OreSat0, the first satellite built by the state of Oregon. OreSat0 was originally scheduled to launch on the SpaceX Transporter-3 mission.

S4 Crossover is a prototype host platform that includes a Globalstar transmitter and an Iridium transceiver, along with environmental instruments to measure radiation and plasma densities that future payloads the platform might carry can be exposed to. The host platform will be powered by fixed solar panels mounted to the structure. 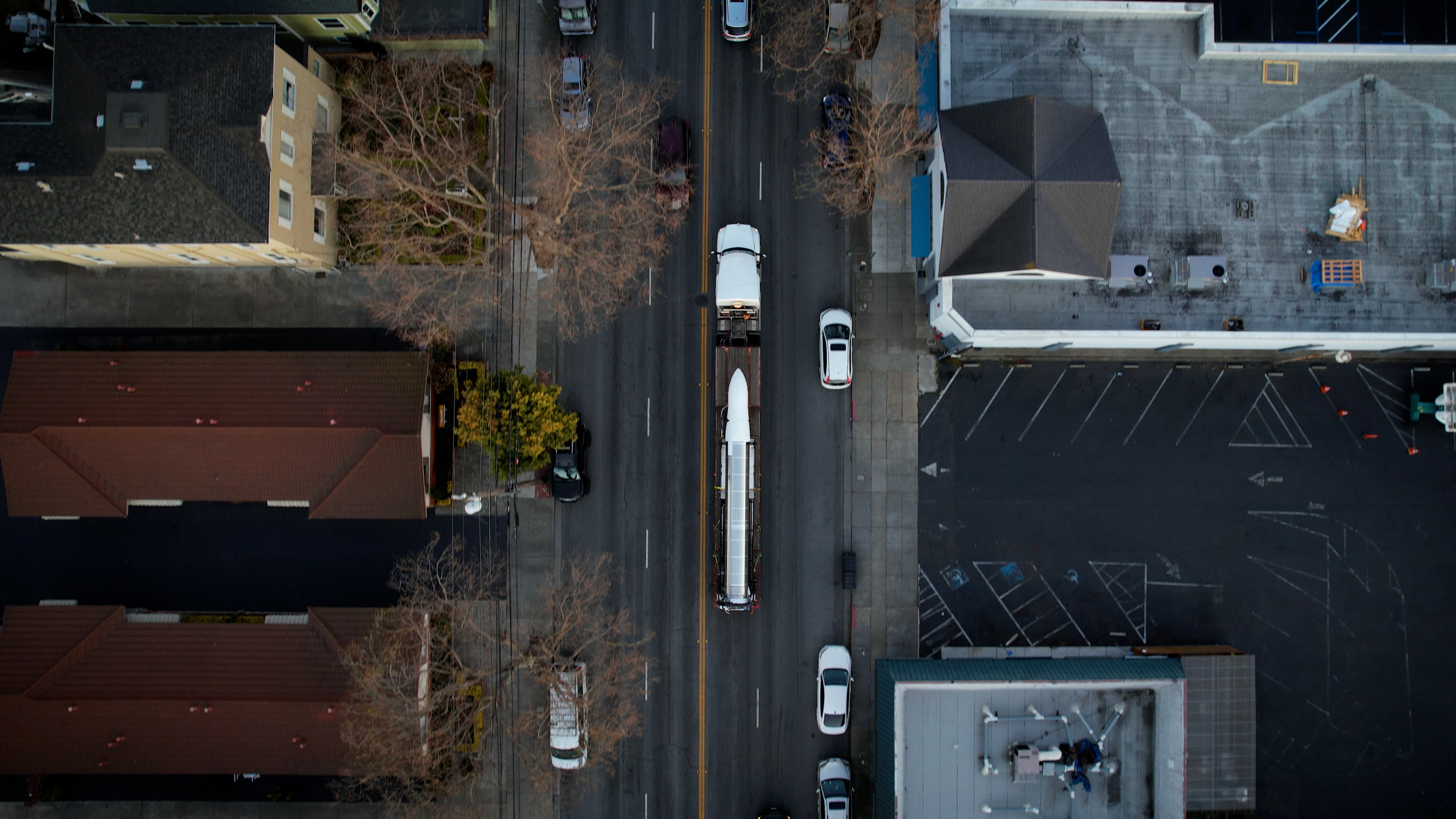 LV0009 is transported through Alameda, California toward the launch site in Alaska. (Credit: Astra)

If all goes well, the OreSat0 will become one of the first satellites ever deployed by an Astra launch vehicle. OreSat0 is a 1U CubeSat that will be a pathfinder for an upcoming 2U CubeSat to launch on a future NASA CubeSat Launch Initiative (CSLI) flight. The future OreSat 2U spacecraft’s objectives are climate science (measuring high altitude cirrus clouds) and STEM outreach.

The third customer on board Spaceflight’s Astra-1 mission has not been disclosed. LV0009 is the first of a multi-launch contract between Astra and Spaceflight Inc.

The LV0009 flight comes before a key earnings report for the publicly traded Astra company on March 17, and this return to flight mission was watched with great interest by customers, industry observers, and investors. Astra has plans for upcoming Rocket 4 and 5 versions along with weekly and ultimately daily launch cadences.

If LV0009 succeeds, it would be the second successful orbital flight attempt for Astra. Next up on the company’s manifest is three flights from Cape Canaveral in support of NASA’s TROPICS mission.