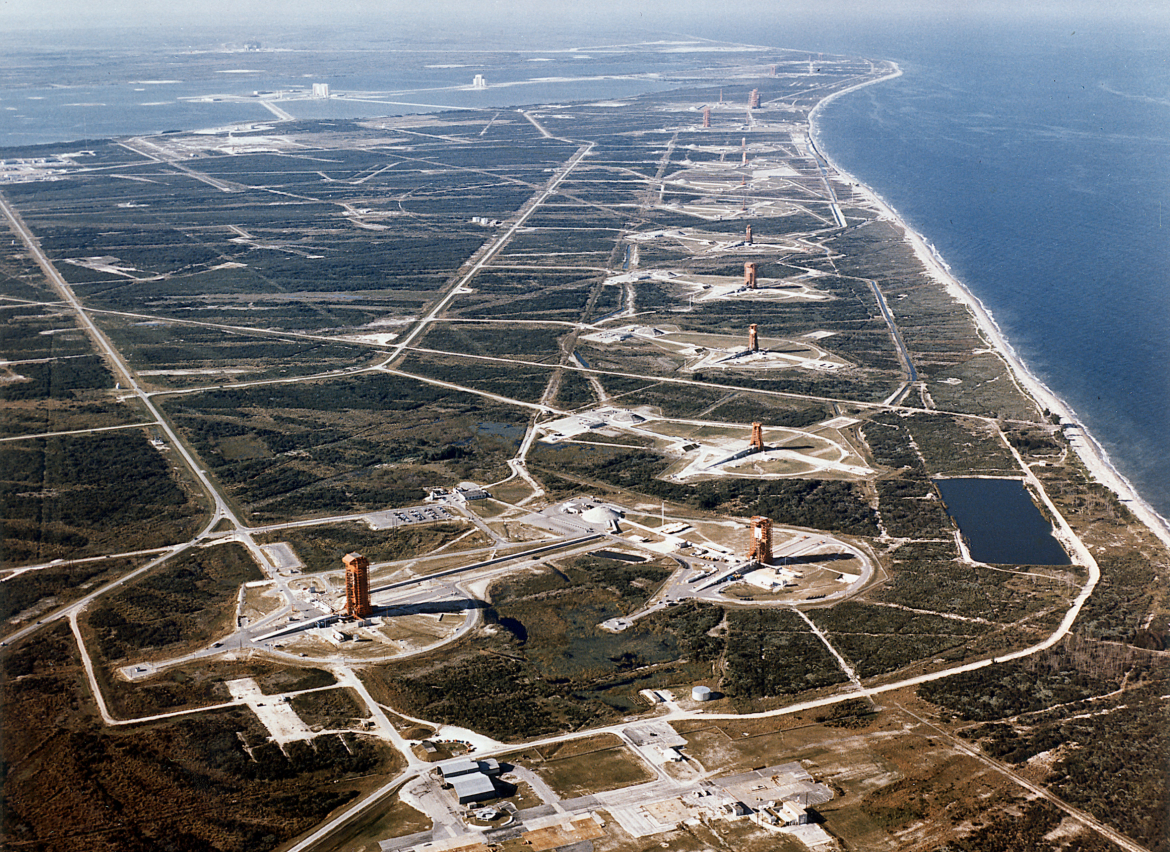 Cape Canaveral has been at the heart of America’s space program since the very beginning. A hub for rocketry research and development in its early days, the Cape served as a test center not just for spaceflight and research but also for the US missile development programs. With so many projects, the landscape was littered with launch complexes, and along the eastern coastline, the iconic “missile row” of Atlas and Titan launch complexes dominated the skyline.

Many of the Cape’s launch facilities have long since fallen silent, but with newcomers Firefly and Relativity preparing for their first launches from Cape Canaveral, the sight of rockets lifting off along the “row” is about to return.

The eight launch pads that made up the core of what is unofficially known as missile row, or “ICBM row,” were built in the 1950s to support testing of the Atlas and Titan missiles, each of which required four launch complexes. At the southern end, Launch Complex 11 (LC-11) was built about a kilometer north of Cape Canaveral’s original launch pads, which were then in their final years of service with the Snark, Bomarc, and X-17 missiles.

Missile Row followed the coastline northwest from LC-11, with Launch Complexes 12, 13, and 14 serving the Atlas. It then continued with the four Titan pads, Launch Complexes 15, 16, 19, and 20. Launch Complexes 17 and 18 were not part of Missile Row, but instead were built on the south part of Cape Canaveral for the Thor missile and Vanguard launch vehicle respectively.

The Atlas and Titan pads were spaced at distances a little over 610 meters (2,000 feet) apart, forming a line along the coast. In their heyday it would not have been uncommon to see several missiles standing tall, waiting for their turns to launch. Missile testing from the row ended in 1964, although Atlas and Titan rockets continued to use the pads in support of orbital launches and suborbital research programs. 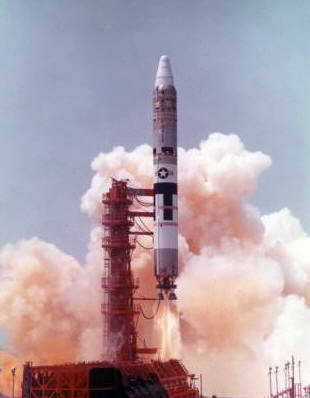 Of the four Titan launch pads, Launch Complex 15 was the only one to be used exclusively for missile testing throughout the program. The Titan I made its maiden flight from this pad in February 1959, and a Titan II made the last launch of a Titan missile – as opposed to a launch vehicle – from the Cape in April 1964. With the end of Titan development launches, operational testing moved to Vandenberg Air Force Base and LC-15 fell into disuse. A total of 26 launches took place from pad 15, with 10 Titan I test flights in 1959 and 1960 being followed by 16 Titan II launches between 1962 and 1964.

The Titan pads did not enter service in numerical order. After LC-15 hosted the first four Titan I launches, featuring inert second stages, the first flight of a complete missile took place from Launch Complex 19 in August 1959. In this case, the term flight is somewhat generous, as the missile exploded at liftoff. The incident was attributed to the rocket lifting off prematurely and severing an umbilical which then resulted in an unplanned engine shutdown.

Launch Complex 19 would be the last to launch a Titan I from Cape Canaveral, with the type’s 15th and final liftoff from the pad occurring in January 1962. Although LC-19 would play no role in the Titan II missile test program, it is best remembered for its association with Titan II through NASA’s Project Gemini. Between April 1964 and November 1966, 12 Titan II missiles modified into the Gemini Launch Vehicle (GLV) configuration were flown from LC-19. The first two of these carried out uncrewed tests of the rocket and the Gemini spacecraft, before 10 crewed launches which helped NASA develop the technology, knowledge, and techniques that would enable the Apollo missions later in the decade.

The Titan launch pads did not feature mobile service towers. Instead, each had a rotating erector structure that could move between a horizontal position and a vertical one, enclosing the rocket. To support the Gemini program, LC-19’s erector was modified to incorporate a white room for crew boarding. The upper part of this structure is now preserved at the Air Force Space and Missile Museum.

After the end of the Gemini program, LC-19 fell into disuse. The Gemini XII launch on 11 November 1966 marked not only the final liftoff from Launch Complex 19 but also the final launch of a Titan rocket from Missile Row. In total, 27 launches were made from this pad.

The third Titan launch pad to come online was Launch Complex 16. This is the pad from which Relativity Space now plans to launch their Terran rocket family. The first launch from the pad occurred in December 1959, marking the Titan I’s return to flight following the failure on its first launch from LC-19 earlier that year. The result was no different, with the rocket again detonating on liftoff — this time as a result of vibrations from the launch inadvertently setting off its self-destruct charges.

Complex 16 would be the least-used of the four pads during the Titan era, supporting six Titan I launches between 1959 and 1960. Converted to host the Titan II, LC-16 would host a further seven launches, including the new missile’s maiden flight on 16 March 1962, before deactivating in 1963. The pad was used by NASA in a support role during the Gemini and Apollo programs, including static-fire tests of the Apollo Service Module’s main engine. 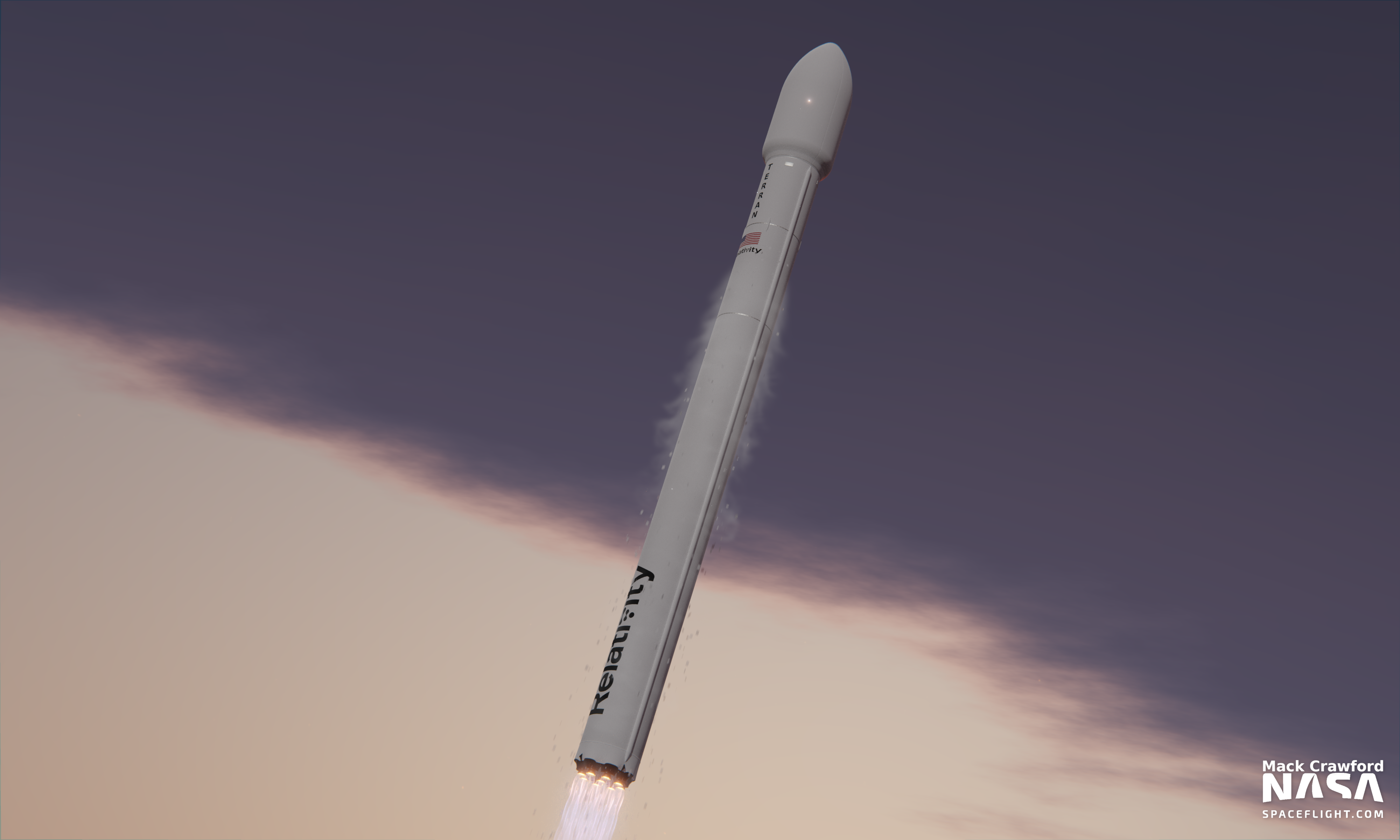 Between 1974 and 1988, Launch Complex 16 was reactivated as a launch site for tests of the Pershing missile. A short-range tactical ballistic missile, Pershing flew from a mobile launch trailer parked at the launch complex. These tests would often see multiple launches in quick succession, and in total, 88 Pershing 1A and 49 Pershing 2 missiles were flown from LC-16. The complex was last used for a salvo of five launches in four hours on 21 March 1988, bringing its total launch count up to 150 missions.

Relativity secured a five-year lease for the pad in 2019 and is already well underway with its conversion for their Terran family of rockets. In line with the US Air Force’s standardization of launch pad designations adopted in 1997, the pad is now known as Space Launch Complex 16 (SLC-16).

Terran will make use of a strongback transporter-erector to raise the horizontally-integrated rocket into position at the launch pad. Development of the strongback was completed last year, and Relativity continues to move towards the maiden flight of the Terran 1, named #GoodLuckHaveFun, later this year.

From SLC-16, Relativity will be able to reach a wide range of orbits. However, the company also has plans for a launch pad at the Vandenberg Space Force Base in California to provide access to higher-inclination orbits that cannot be easily reached from the Eastern Range. As well as Terran 1 missions, Relativity expects to use SLC-16 for its larger, fully-reusable, Terran-R vehicle currently under development.

The last of Missile Row’s former Titan launch pads was built as Launch Complex 20 — and is now Space Launch Complex 20, the future home of Firefly Aerospace‘s family of rockets. The first launch from this pad did not come until July 1960, by which time the Titan I test program was well-established through the other complexes. Like LC-19, LC-20 remained configured as a Titan I pad when LC-15 and LC-16 were converted for the Titan II, allowing it to rack up a total of 16 Titan I missions concluding in 1961. 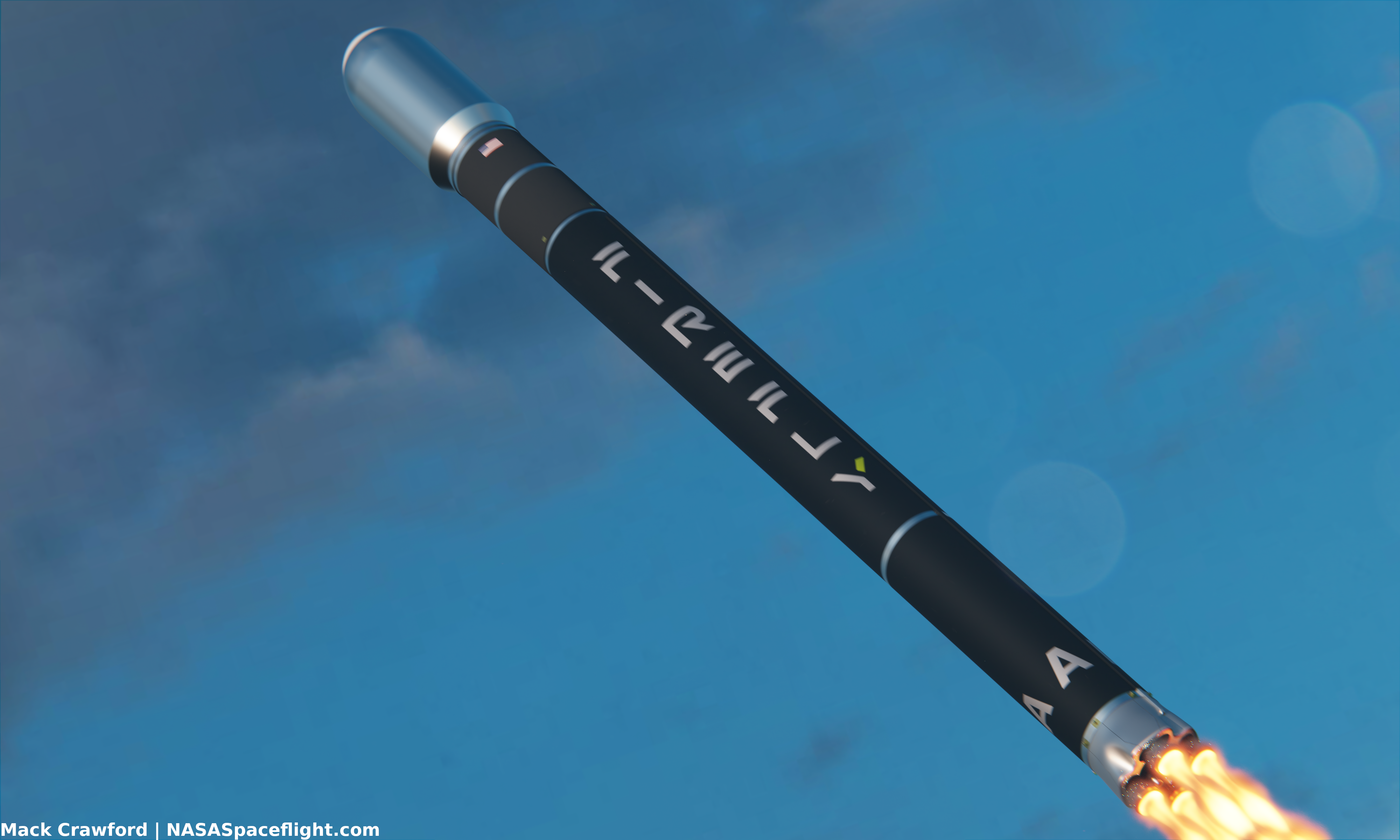 The Titan IIIA’s role was to carry out flight testing of the Transtage ahead of its use on the heavy-lift Titan IIIC, and it lacked the large solid rocket boosters used on the Titan IIIC vehicle. Its first two launches were pure test flights with inert payloads – the first failing after the Transtage lost pressure and shut down early. On its third and fourth flights, Titan IIIA deployed two Lincoln Experimental Satellite (LES) spacecraft, with the final launch also carrying a radar calibration target, Lincoln Calibration Sphere 1 (LCS-1).

A new Integrate-Transfer-Launch (ITL) complex was built north of Missile Row with two launch pads and vertical integration facilities for Titan IIIC rockets, so the Titan IIIA’s series of four flights were the only Titan III launches from Missile Row. LC-20 was deactivated and would remain dormant for the next 25 years. In the mid-1970s, the derelict complex began to be used for liquid storage and drum crushing, operations that would continue at the site for the next ten years.

In 1990, a pair of 17.7-meter (58-foot) rail launchers were installed at Launch Complex 20 to support suborbital target launches that were to be carried out by Orbital Sciences Corporation (OSC) in support of the Strategic Defense Initiative (SDI), the US missile defense program of the late Cold War. The rail launchers were first used in December of that year with a test of the four-stage Starbird rocket, which was tracked as it made a 228-second flight along the Eastern Range.

In June 1991, Orbital Sciences tested a new sounding rocket, Prospector, on a research mission funded by NASA. A derivative of the Castor-4A solid rocket motor used on the Delta II rocket, Prospector would make use of the rail launch facilities at LC-20. During its first launch, Prospector veered off course 15 seconds into its mission and was destroyed by range safety 10 seconds later. It would not fly again.

OSC launched a pair of Aries rockets, single-stage derivatives of the Minuteman missile, from LC-20 in August and October 1991. Codenamed Red Tigress, these carried a set of nine experimental payloads to be deployed during their suborbital flights. The first launch failed, with the rocket being destroyed by range safety after 23 seconds. The second was carried out successfully, although telemetry issues with the payload prevented some of the planned data collections from being made.

Further Red Tigress II missions were launched from LC-20 in May 1993, using the Low-Cost Launch Vehicle (LCLV), a three-stage rocket consisting of the same Talos and Sergeant lower stages as Starbird, and an M57A1 upper stage taken from a Minuteman missile. These were both carried out successfully but marked the end of LC-20’s time supporting missile defense projects. The most recent use of SLC-20 was in 2000, with Space Florida using the rail launchers for three Super Loki sounding rockets as part of an educational outreach program, LiteStar. The total number of launches made from SLC-20 currently stands at 29.