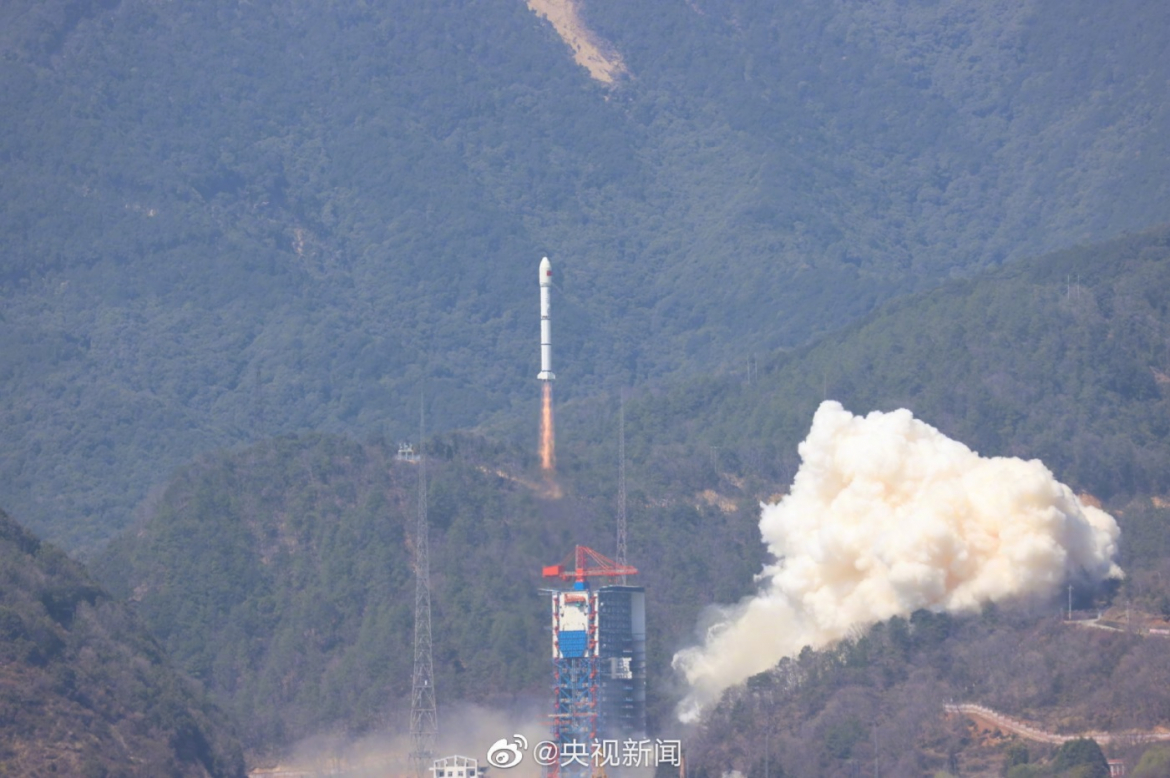 China launched the Xuancheng-1 mission onboard a Chang Zheng 2C from Xichang today. The launch was conducted at 06:01 UTC, from pad LC-3 of the Xichang Satellite Launch Center (XSLC). This was a rideshare mission launching six communications satellites and one remote sensing satellite.

The launch went to a Low Earth Orbit with a 52-degree inclination and was confirmed a success shortly after the launch. The optional third stage was not used for this launch, making this a nominal two-stage launch of the Chang Zheng 2C configuration.

Onboard were six Yinhe Hantian-2 communication satellites built by the company Galaxy Aerospace. The satellites provide 5G LEO internet with a capacity of up to 40 Gbps and will cruise over the earth at 1,200 km in altitude. When complete, the constellation is planned to have 144 satellites. Each of the satellites has a mass of about 190 kg, which is a decrease in comparison to the technology demonstrator, which was launched in 2020 on a Kuaizhou-1A rocket. The mass of this demonstrator was 227 kg. 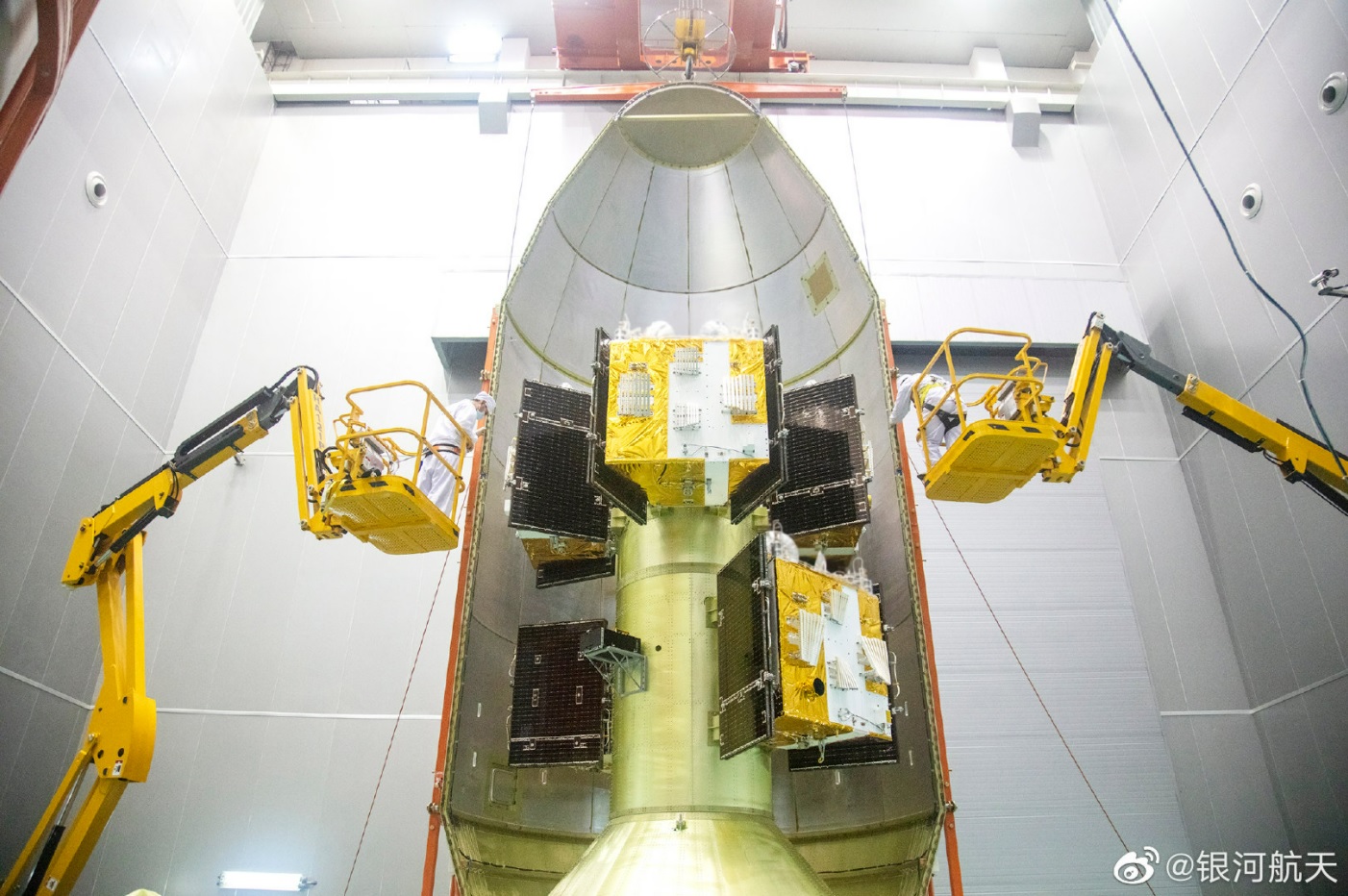 Some of the Yinhe satellites also have a remote sensing camera installed. These satellites are very similar to the UK OneWeb constellation in design and capabilities per satellite.

The satellites are assembled in decks of three around the payload adapter in the Chang Zheng 2C fairing.

Also on board was a remote sensing small satellite, built by SpaceWish. It is called Xuanming Xingyuan and was manufactured by the Shanghai Academy of Spaceflight Technology (SAST). The exact purpose of this satellite, and its size, are not known at this point.

This is the first launch of the Chang Zheng 2C since November of 2021. In this specific configuration, without using the YZ-1S upper stage, it was not used since July of 2021 on the Yaogan 30-10 mission.

The Chang Zheng 2C (also known as the Long March 2C) is a two stage vehicle developed and manufactured by the China Academy of Launch Vehicle Technology (CALT). It is the smallest of the early second generation of Chang Zheng vehicles, which all are developed from the Dongfeng 5 missile.

At liftoff, the four YF-21C engines ignited with the combination of Dinitrogen tetroxide as oxidizer and Unsymmetrical dimethylhydrazine as fuel. The hypergolic combination is highly poisonous and is used on all early Chang Zheng vehicles, such as CZ-2, CZ-3, and CZ-4. This comes with the fact that the YF-21C, or different versions of it, all are powering the early generation of Chang Zheng vehicles. Later vehicles change to the YF-100, which burns RP-1 kerosene and liquid oxygen. 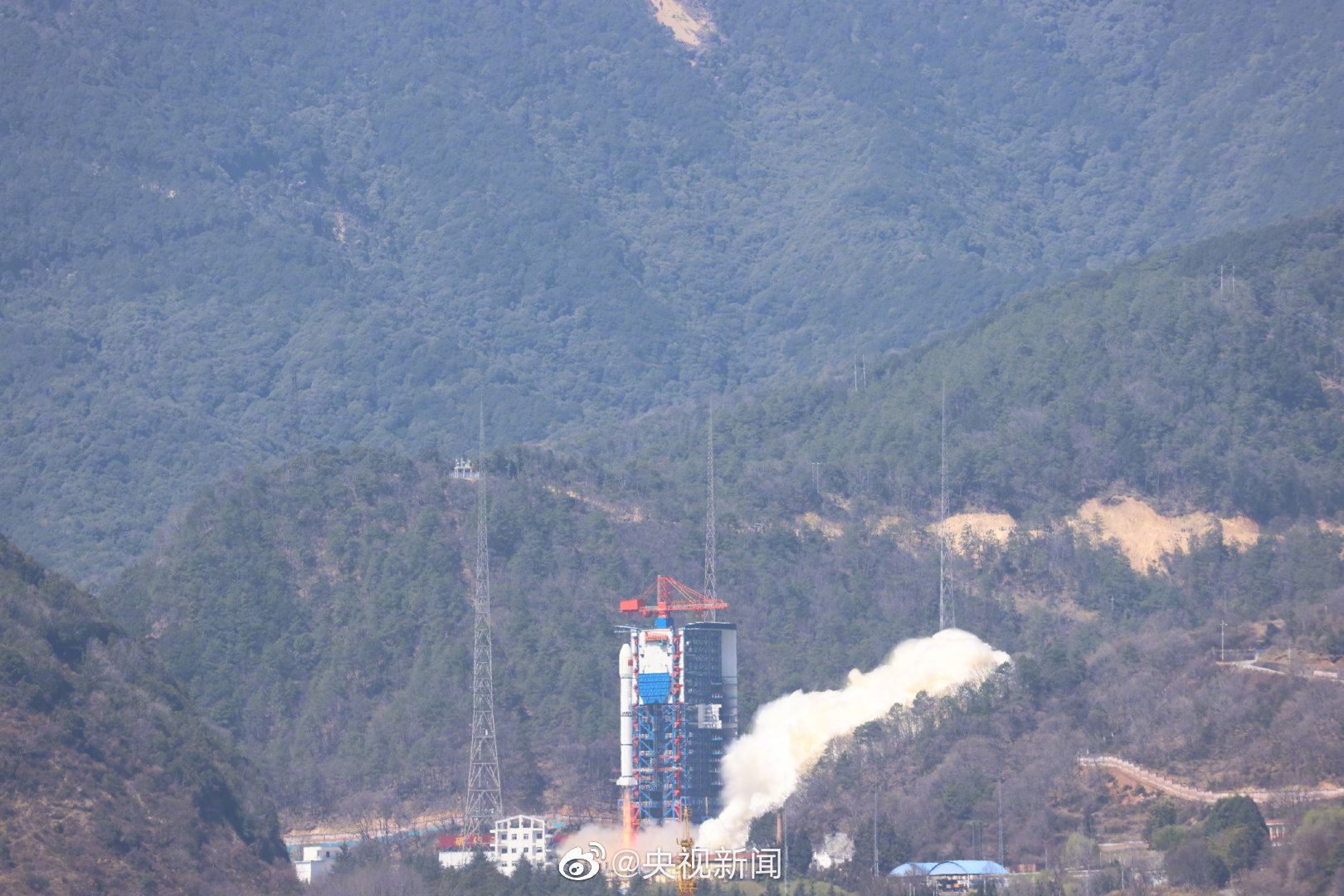 The first stage conducts a multi minute burn before getting dropped and crashing back on populated areas. Commonly, the Xichang based rockets can crash onto populated areas of the Guizhou province.

The maximum thrust is 741.4 kN, and the four vernier engines add 47.1 kN for steering capabilities. The burn of the second stage was the last burn for today’s mission, as it has no relight capabilities.

In case a mission requires relight capabilities, a single Yuanzheng upper stage can be added. For the CZ-2C, the YZ-1S version of this upper stage can be used. Other Chang Zheng Family members feature different versions of this kick stage, such as YZ-1A on Chang Zheng 7, and YZ-2 on Chang Zheng 5. It has a very low thrust of 6.5 kN with a specific impulse of 315.5 seconds. It can conduct at least two burns over 6.5 hours, although there might be capabilities for more relights. 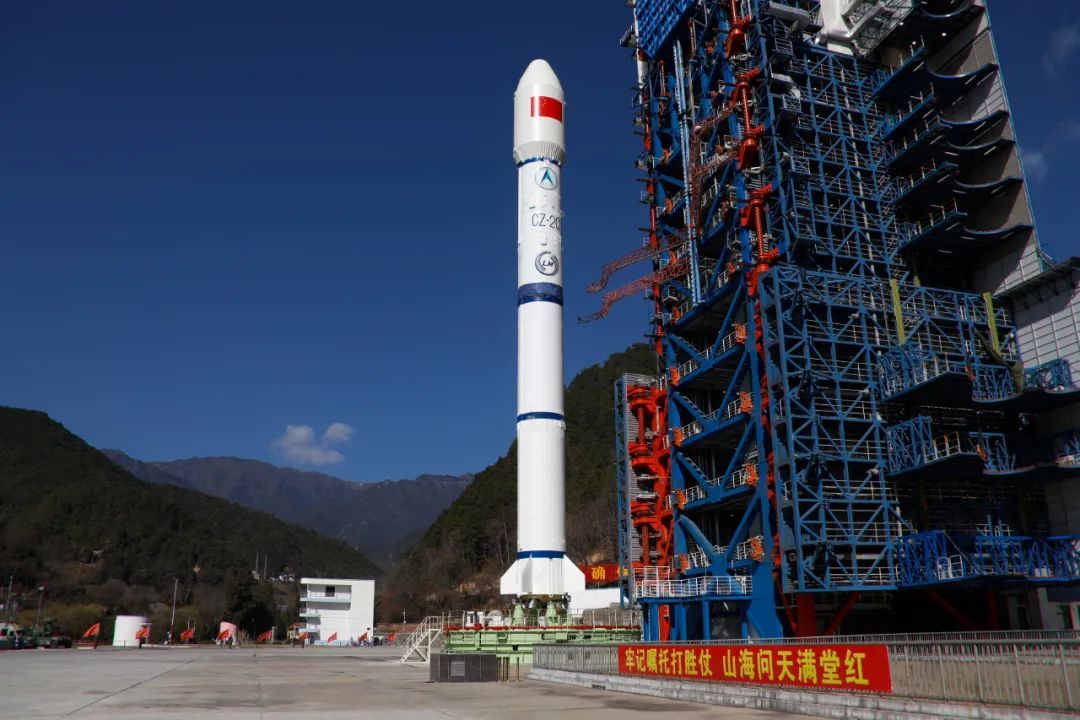 The CZ-2C launcher on the pad at LC-3 at Xichang before launch.

The Xichang Satellite Launch Center, which was used for this launch, is an old Chinese Space Center, first opened in 1984. It features mostly launches of the older Chang Zheng family members, and has two launch complexes available. LC-2 and LC-3 both feature different versions of the Chang Zheng 2 and Chang Zheng 3. The previously used LC-1 was repurposed as a viewing area for launches.

Like most other spaceports in China, it is connected via railroad to transport rockets to the launch center. This practice of transport for rocket infrastructure is commonly used in the Chinese Space Program.

Up until this point (including today’s launch), the Chang Zheng 2 launched 60 times, of which 59 were a success. Overall, this was the fifth launch of China this year. Over the year, the plan is to launch up to 50 Chang Zheng Family rockets. Of the complete Chang Zheng series, this was the 410th launch.