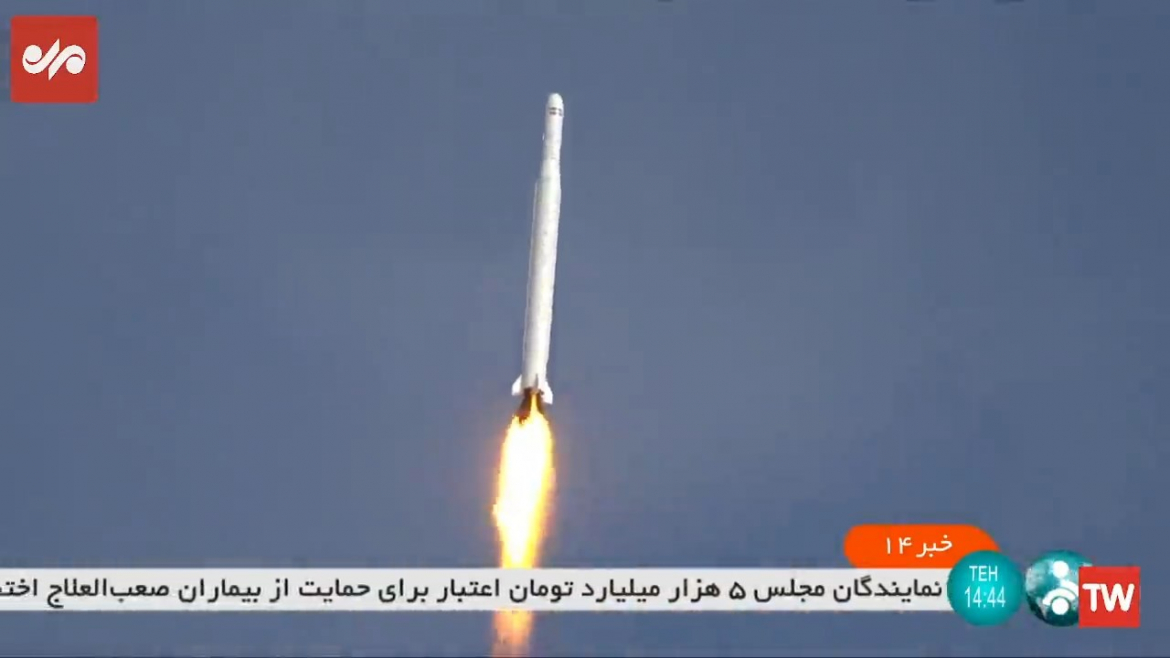 Iran’s military carried out a successful launch of their Qased rocket Tuesday, placing the Noor-2 satellite into orbit. The mission, which was only announced after spacecraft deployment, is the first Iranian launch to reach orbit in almost two years.

Noor-2 is the second in a series of small satellites operated by Iran’s Islamic Revolutionary Guard Corps (IRGC), a branch of the country’s armed forces. It follows on from the Noor-1 spacecraft, launched in 2020, which was Iran’s first dedicated military satellite.

Noor-1 was the last satellite that Iran launched successfully, its deployment coming in late April 2020 on the maiden flight of the Qased rocket. Since then, Iran is believed to have made at least two orbital launch attempts with its Simorgh rocket, but none of these have reached orbit and Iran has not acknowledged any of the flights as satellite launch missions.

A Simorgh launch on December 30 last year was the most recent space mission that Iran acknowledged prior to Tuesday’s surprise launch. On the prtevious mission, the rocket fell just short of orbit with the Iranian government claiming a successful suborbital test. Given the type of rocket used and the trajectory flown, it was more than likely planned to have reached orbit.

Satellite images of Iran’s Imam Khomeini Space Center at the end of last month showed damage to one of the launch pads, prompting speculation that Iran may have either made another unsuccessful launch using a smaller Safir or Zuljanah rocket or suffered an anomaly during preparations for such a mission. Iran often attempts orbital launches in February to mark the anniversaries of both the Islamic Revolution and the country’s first satellite launch. 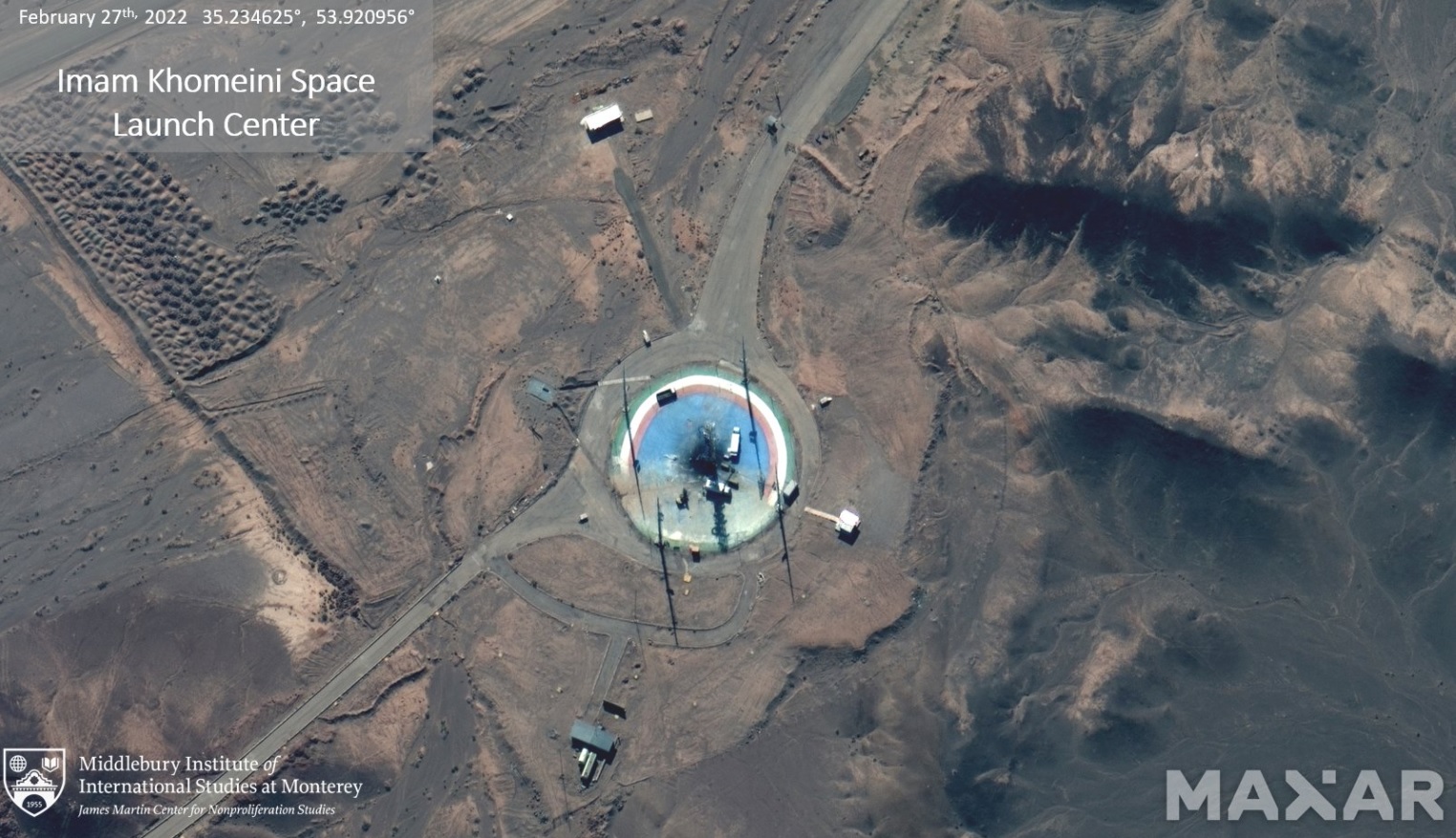 The Noor satellites, whose names mean Light, have been constructed following the international CubeSat standard, with a six-unit form factor. CubeSats have a cube or cuboid shape based around a “unit,” which is a cube with sides of 10 centimeters. A six unit CubeSat has a volume of six units – typically arranged two abreast and three long, for overall dimensions of 30 x 20 x 10 centimeters. The unit is a measure of the satellite’s volume; it is not physically subdivided along these lines.

Noor-2 is based on the Noor-1 satellite, incorporating upgrades following Iran’s experience with the previous mission and an extended design life of up to three years. Noor-1 had an expected lifespan of one year when it was launched, but it remains in service today. The satellites reportedly carry imaging equipment, performing reconnaissance both over Iran’s own territory and internationally. The satellite’s small size is in contrast to the larger and much more powerful reconnaissance satellites operated by other countries such as the United States.

Tuesday’s launch marked the second confirmed flight of a Qased rocket. This is believed to be derived from the Shahab-3 missile, which is itself a development of the Soviet Union’s R-17, part of a family of missiles known in the West as the Scud or SS-1.

The Safir rocket, with which Iran made its first orbital launch in February 2009, was also derived from the Shahab-3. The two-stage Safir has carried out the majority of Iran’s successful launches to date, as well as having its own share of failures as Iran looks to perfect its rocket technology.

Unlike Safir, Qased is reported to be a three-stage rocket, with the liquid-fueled first stage topped with a solid-fueled second stage named Salman and a small third stage also likely using solid propellant. Tuesday’s launch took place from a missile test site in the desert near Shahroud in northeast Iran. Shahroud was also the site for Noor-1’s launch. 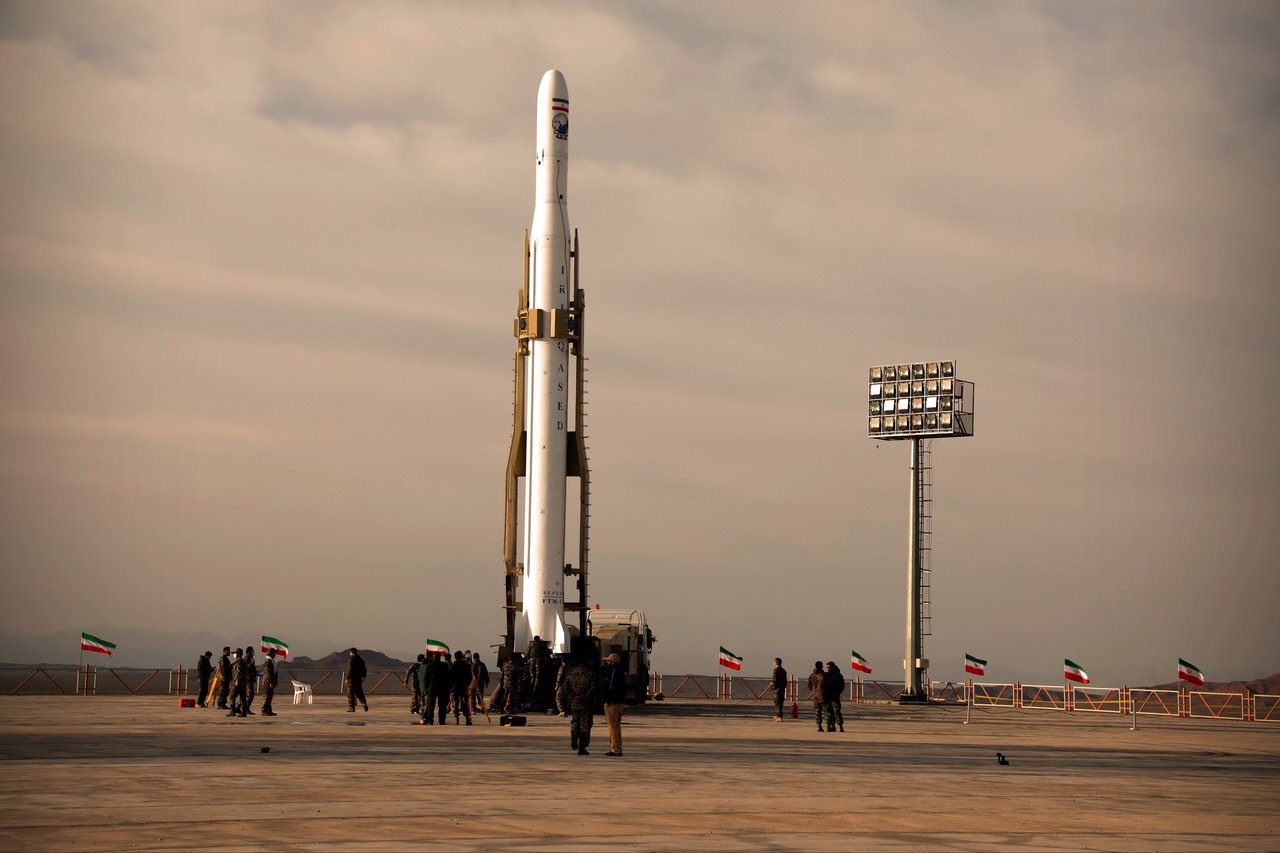 Qased lifted off from Shahroud at approximately 05:06 UTC (8:36 AM local time) on Tuesday, and reportedly took eight minutes to deploy Noor-2 into low Earth orbit. Independent sources, including the United States Space Force, have confirmed the presence of two objects in orbit. Noor-2 was deployed into an orbit with a perigee, or lowest point, of 495 kilometers, an apogee of 513 kilometers, and an inclination of 58.3 degrees.

Iran has a fleet of four rockets that it uses for orbital launches. In addition to Qased and Safir, the country has also been undertaking development of the Zuljanah and Simorgh vehicles. The three-stage Zuljanah incorporates a solid-propellant first stage and is seen as a replacement for Safir while Simorgh is a more powerful rocket aimed at allowing Iran to deploy larger satellites into orbit. To date, Zuljanah has made only a suborbital test flight, and Simorgh has proven difficult to master: it is yet to reach orbit in spite of repeated attempts.

With Tuesday’s launch, Iran has boosted its nascent satellite reconnaissance capabilities and ended a run of unsuccessful launches. While the country makes no secret of its space ambitions, it is often difficult to pin down specifics about individual missions or planned launch dates.

If there was indeed a failure at the Imam Khomeini Space Center last month, the pad affected may be out of action for repairs. This would not preclude a Simorgh launch, as this would use the facility’s other launch pad, while further Qased or Zuljanah rockets could also be launched from Shahroud.

Iran rarely announces imminent launches ahead of time, so the first news of the country’s next attempt could be confirmation of a satellite in orbit, or satellite images of charred debris around a launch pad.