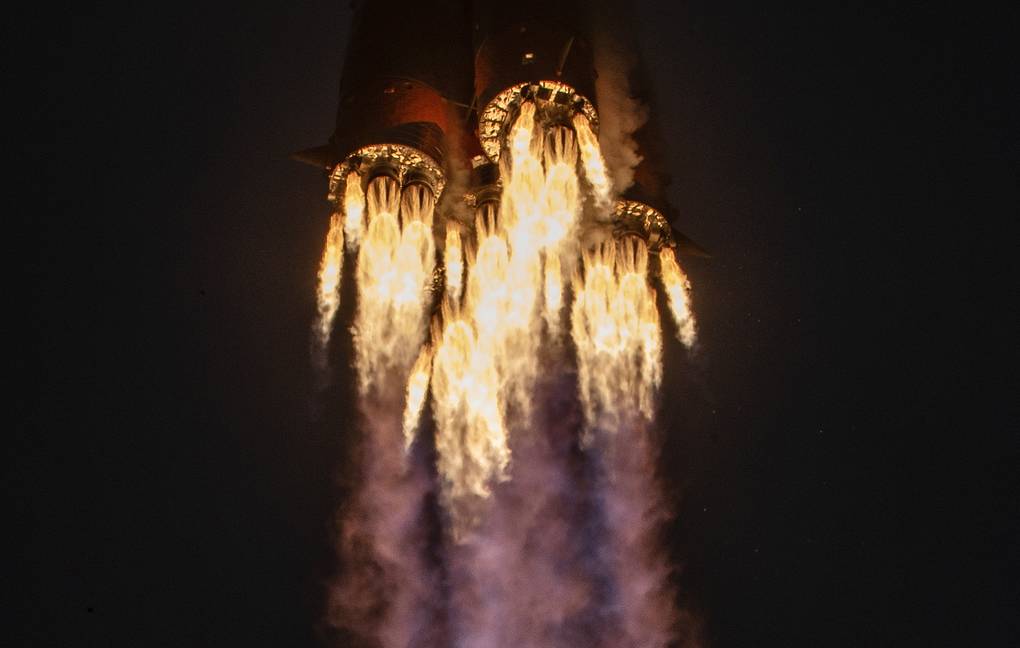 Russia has launched the Meridian-M n°20L satellite onboard a Soyuz 2.1a rocket from the Plesetsk Cosmodrome in Russia. The launch lifted off at 12:48:22 UTC bound for a very highly elliptical Molniya orbit of 900 x 39,000 km, with an inclination of 65°.

This kind of orbit allows the satellite to remain over a certain region for about eight hours at a time, which helps to provide communications to regions that are very north or very south of the equator, as these can be difficult to serve using geostationary satellites. The orbit is named after the Molniya satellite constellation, launched starting in 1964, that is replaced by these Meridian satellites.

The payload is the 2,100 kg Meridian-M n°20L, which is part of the Meridian next-generation telecommunications satellite, developed by Russia. It is used for both civil and military purposes, primarily to allow communications and provide uplink for ships, planes, and other vehicles operating in the Arctic Ocean and Siberia. The satellites are developed and built by the JSC Information Satellite Systems Reshetnev.

While the Meridian-M network does provide support for the Russian military, the timing of this launch is not related to the current war in Ukraine. The deployment of the Meridian-M constellation has been underway since 2019, and the overall Meridian network since 2006.

In the long term, the system is planned to replace the old Molniya communication satellites, as well as the Parus data relay satellites. They not only provide a longer lifespan per satellite of seven years but also can carry three transponders and have a higher power supply of three kW. The transponders can work in different frequency bands and are most likely stored in a pressurized part of the satellite bus. The power is supplied by two deployable solar arrays.

The first Meridian spacecraft was launched in December 2006 on the same kind of rocket. Since then, nine more, including this launch, were launched on the Soyuz. The first launch was one of three failures that happened so far in the operations of the constellation, as the satellite malfunctioned in orbit after just two and half years, only about one-third of its planned operational timeline. The manufacturer claims that space debris was the issue that caused this malfunction. 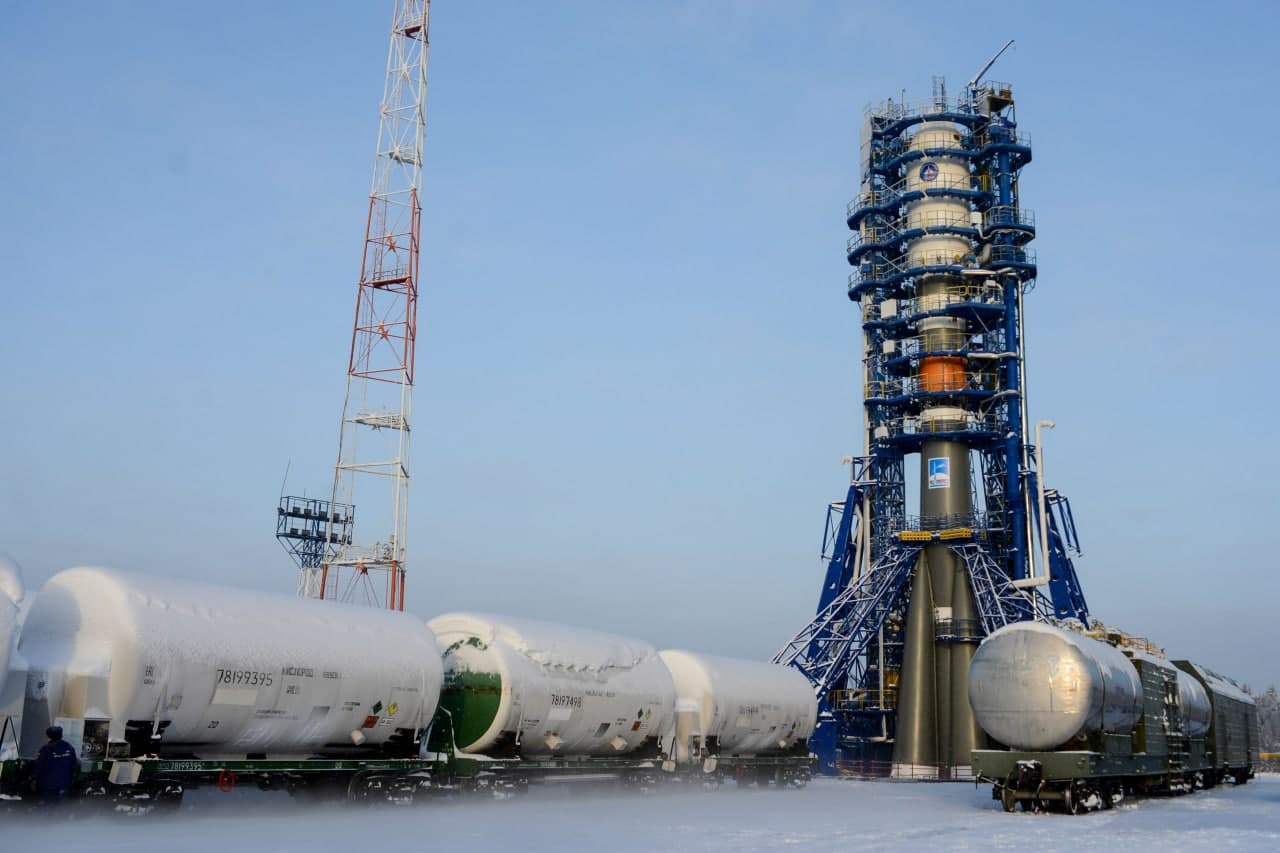 A Soyuz rocket is prepared for launch at the Plesetsk Cosmodrome. (Credit: Roscosmos)

The second launch failed because of a malfunction of the Fregat upper stage, and the fifth launch failed to reach a stable orbit as the third stage of the Soyuz rocket failed.

In today´s launch, the Soyuz-2.1a rocket was used. It can lift up to 7,020 kg into low Earth orbit (LEO) and launched all previous satellites of the constellation as well. Today’s launch also featured the Fregat upper stage for additional capabilities to deploy the payload into the designated orbit.

Soyuz itself has three stages. The four boosters outside of the core stage stand 19.6 meters tall each, with a diameter of 2.68 meters. Empty, they mass 3,784 kg each, and for launch, they have over 39,000 kg of RP-1 and LOX added to fuel the RD-107A engines, of which each of the four boosters has one with four combustion chambers each. For Soyuz, the side boosters are referred to as the first stage, while the center core is called the second stage.

The RD-107A gas-generator engine produces 939 kN at sea level with a specific impulse of  263.3 seconds. The engine module at the bottom of each of the booster masses 1,190 kg. 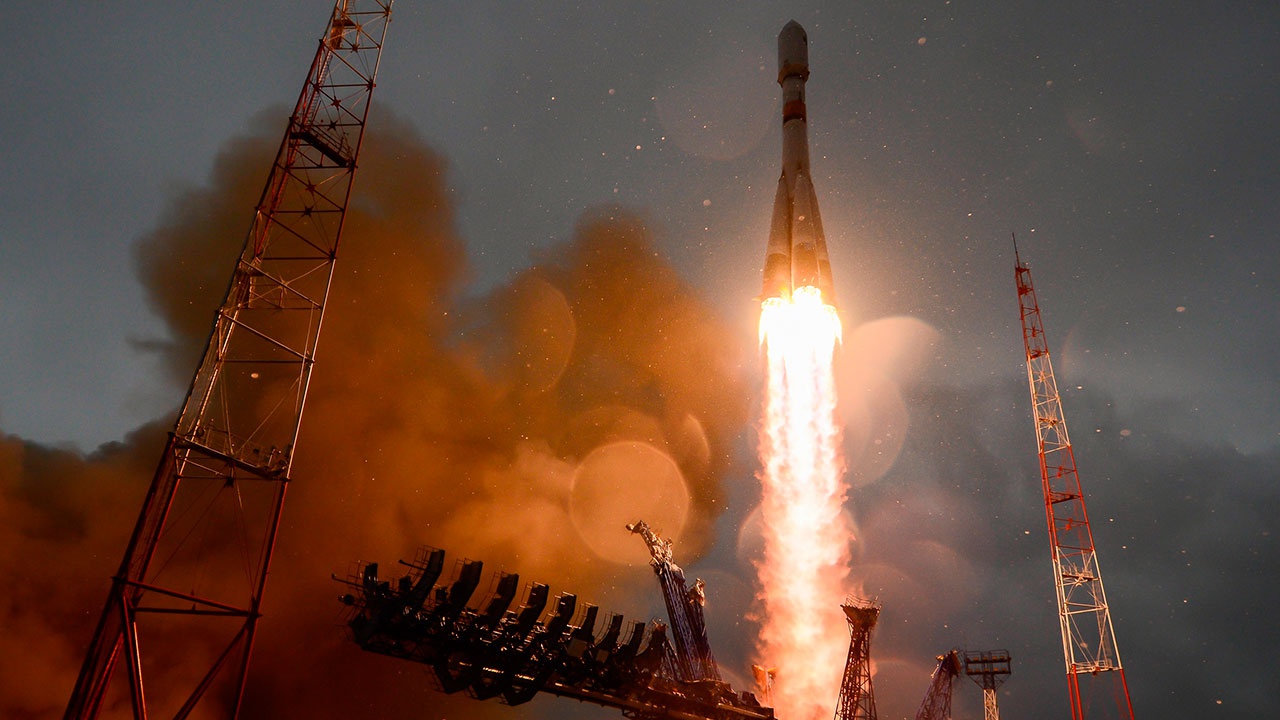 A few minutes after launch, the four boosters are separated from the center core and spin away from the rocket, sometimes called the Korolev cross after the soviet designer Korolev. The core stage, which also is ignited at ground level, continues firing and is powered by a single RD-108A that produces 792.41 kN of thrust with a specific impulse of 257.7 seconds. The core itself is 27.10 meters high with a diameter of 2.95 meters. It masses about 100,000 kg at launch.

The third stage is 6.7 meters high with a diameter of 2.66 meters. It masses 25,400 kg fully fueled and is powered by LOX and RP-1, just as the first two stages are. In contrast to the Soyuz-2.1b, which uses the upgraded RD-0124 for increased payload capabilities, the 2.1a uses the RD-0110 engine. It provides 298 kN of thrust with 326 seconds of specific impulse.

In this launch, the optional Fregat-M upper stage was also featured. It is 1.5 meters high with a diameter of 3.35 meters and is used to boost the performance of the Soyuz and provide high energy orbit capabilities for heavy payloads. It can be reignited up to seven times and, with its S5.92 engine, provides 18.85 kN of thrust with a specific impulse of 333.2 seconds.

The Plesetsk Cosmodrome, far north of Moscow, was opened in 1957 and at first used to launch and test ICBMs.  Today it is used to launch the Soyuz and Angara rocket families. It was previously used for the Cosmos 2553 mission this February.

(Lead photo: a Soyuz rocket launches from Plesetsk with the Cosmos 2553 spacecraft in February 2022.)