SSLV completes final test ahead of May 2022 launch 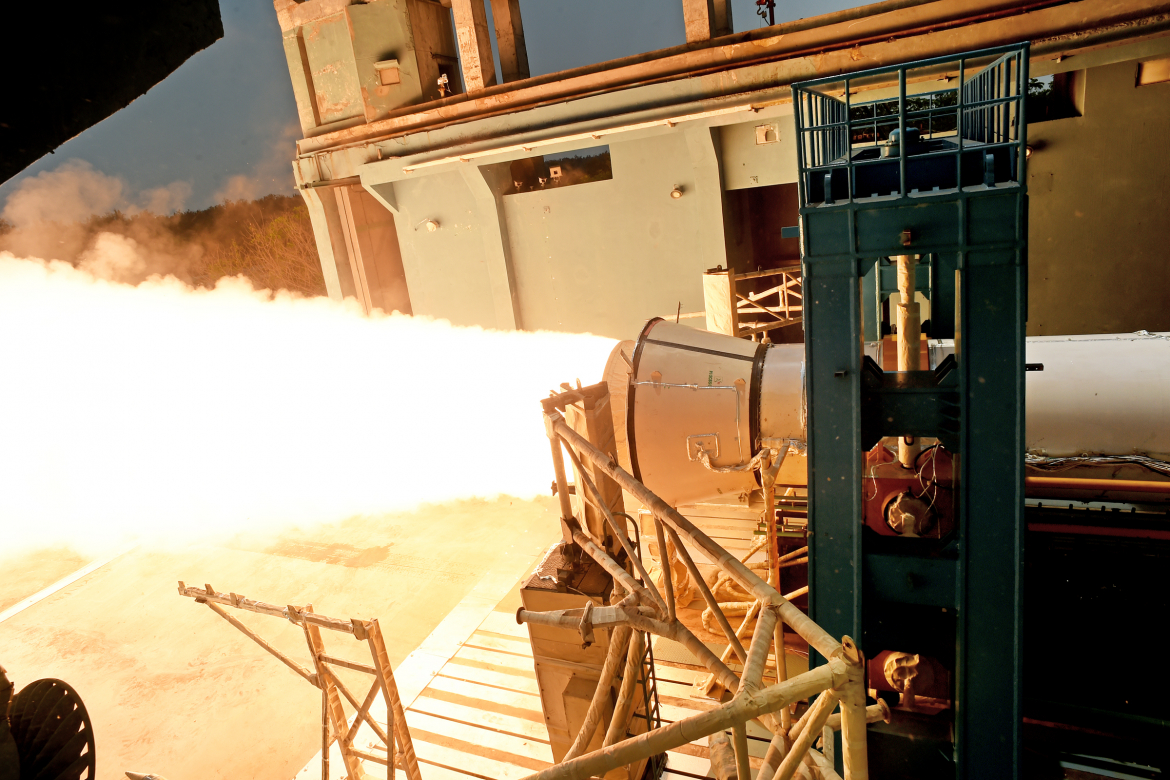 The Indian Space Research Organization (ISRO) has completed the final testing for the Small Satellite Launch Vehicle (SSLV). SSLV is India’s newest launch vehicle, intended to provide cheaper and more flexible access to space for its customers. With testing complete, final preparations will begin for the maiden launch of the SSLV, currently targeting May 2022.

SSLV is the latest in a long line of rockets developed by the ISRO. With the formation of the ISRO in 1969, work began on developing their own orbital launch system to send their own payloads to space. This work culminated to create the Satellite Launch Vehicle (SLV).

SLV was India’s first orbital-class rocket allowing the capability to send ~40kg to low Earth Orbit (LEO). It was used four times with two successful flights, one failure, and a partial failure. While only used from 1979 to 1983, it would be the basis for India’s future rockets. The rocket was simple, using solid-based propellants for all four of its stages.

In 1987, the ISRO launched the Augmented Satellite Launch Vehicle (ASLV) for the first time. As India’s second orbital-class rocket, the ASLV saw overall upgrades to all four stages but also a new set of twin-solid boosters to act as the first stage. The ASLV was used four times from 1987 to 1994 with only one successful flight. 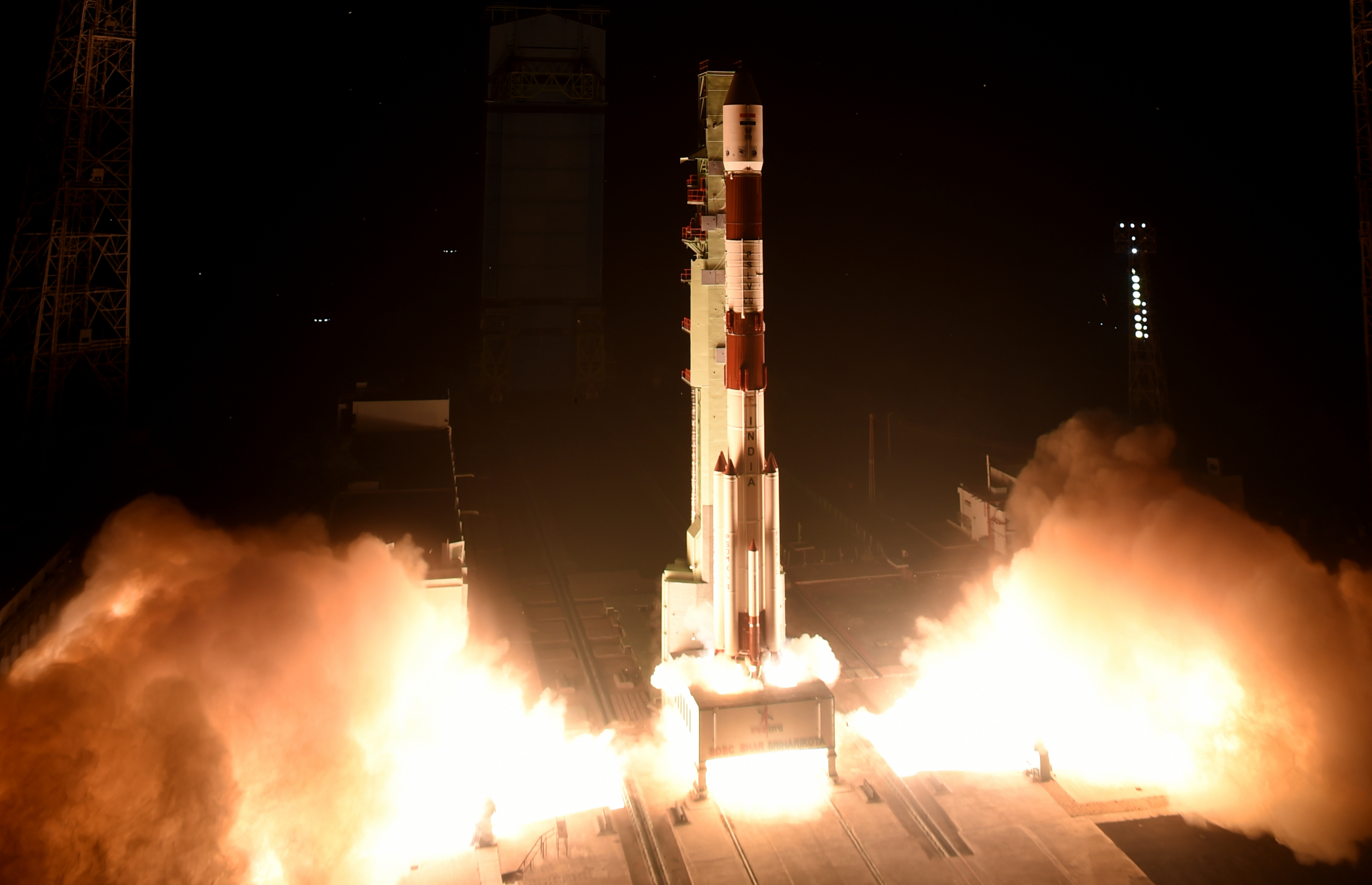 PSLV-C52 launches with the EOS-04 (with rideshares). (Credit: ISRO)

With India’s payloads ever-growing and wanting to allow more capability to orbit, the ISRO created the Polar Satellite Launch Vehicle (PSLV). The biggest rocket developed by the ISRO, at the time, it is a four-stage rocket consisting of both solid and liquid stages.

Depending on the variant, two, four, or six strap-on solid boosters can be used. PSLV is used to send up to 3.8 metric tons to LEO or 1.7 metric tons to Sun-synchronous orbit (SSO). This rocket could even send up to 1.4 metric tons to Geostationary Transfer Orbit (GTO). PSLV made its first flight in September 1993; despite the flight ending in a failure, it has been used 54 times with 51 successes.

In the mid-2010s, the ISRO, along with NewSpace India Ltd (NSIL), began work on a new dedicated small-sat launcher to keep up with the growing small-sat market.

This rocket, known as SSLV, was designed to carry 500-700kg to LEO. With simplicity in mind, the SSLV will launch at a higher pace and with a greatly reduced launch price. The simplicity will allow the rocket to be assembled in just a few days compared to the 30+ days needed for the PSLV. SSLV is also designed to be assembled either horizontally or vertically.

Similar to the ISRO’s first couple of rockets, the SSLV is a three-stage rocket using mainly solid-propellant. The first stage is the newly developed S-85 Solid Booster Stage (SS1). The hydroxyl-terminated polybutadiene (HTPB)-based SS1 motor is used to complete the initial part of the SSLV flight. SS1 generates a max thrust of 2,496 kN of thrust while in a vacuum and will burn for 94.3 seconds.

(2/3) Today’s successful testing has given sufficient confidence to proceed with the first developmental flight of SSLV (SSLV-D1). The remaining stages of SSLV (SS2 & SS3) have successfully undergone necessary ground tests and are ready for integration.

The SS1 is comprised of three segments to hold the propellant. As a recently developed motor, it uses many new technologies to keep up with modern standards. SS1 will use bond-free joints between each segment, a high-power electro-mechanical actuator with digital control electronics, and an optimized ignitor for the new propellant casings. To help control the rocket during the first stage of flight, a Core Base Shroud (SCBS) will have four fins.

SS1 is the most recent part of the rocket to be certified for flight. In March 2021, the SS1 completed its first ground static fire test. The first static fire was nominal during the first 60-seconds of the test. However, oscillations started after 60 seconds. 30 seconds later, the nozzle disintegrated causing the test to fail. The test was supposed to last 110 seconds.

Following a redesign of the motor and more tests, the final ground static fire test was completed in March 2022. This test was completed successfully, meeting all of the ISRO’s testing objectives. As the final major part of the rocket to go through certification, this final test gave the confidence for the ISRO to move ahead with the maiden flight of SSLV.  The SS2 and SS3 have already completed their ground testing and are ready for integration ahead of the first launch.

The second stage on SSLV is known as S-7 SS2. SS2 is another HTPB-based solid motor to help get the rocket even closer to orbit. The motor will have a max thrust of 234.2 kN with a burn time of 113.1 seconds. This S-7 motor is similar to the S-7 used on the PSLV rocket; the version on SSLV has less thrust but greater burn time. 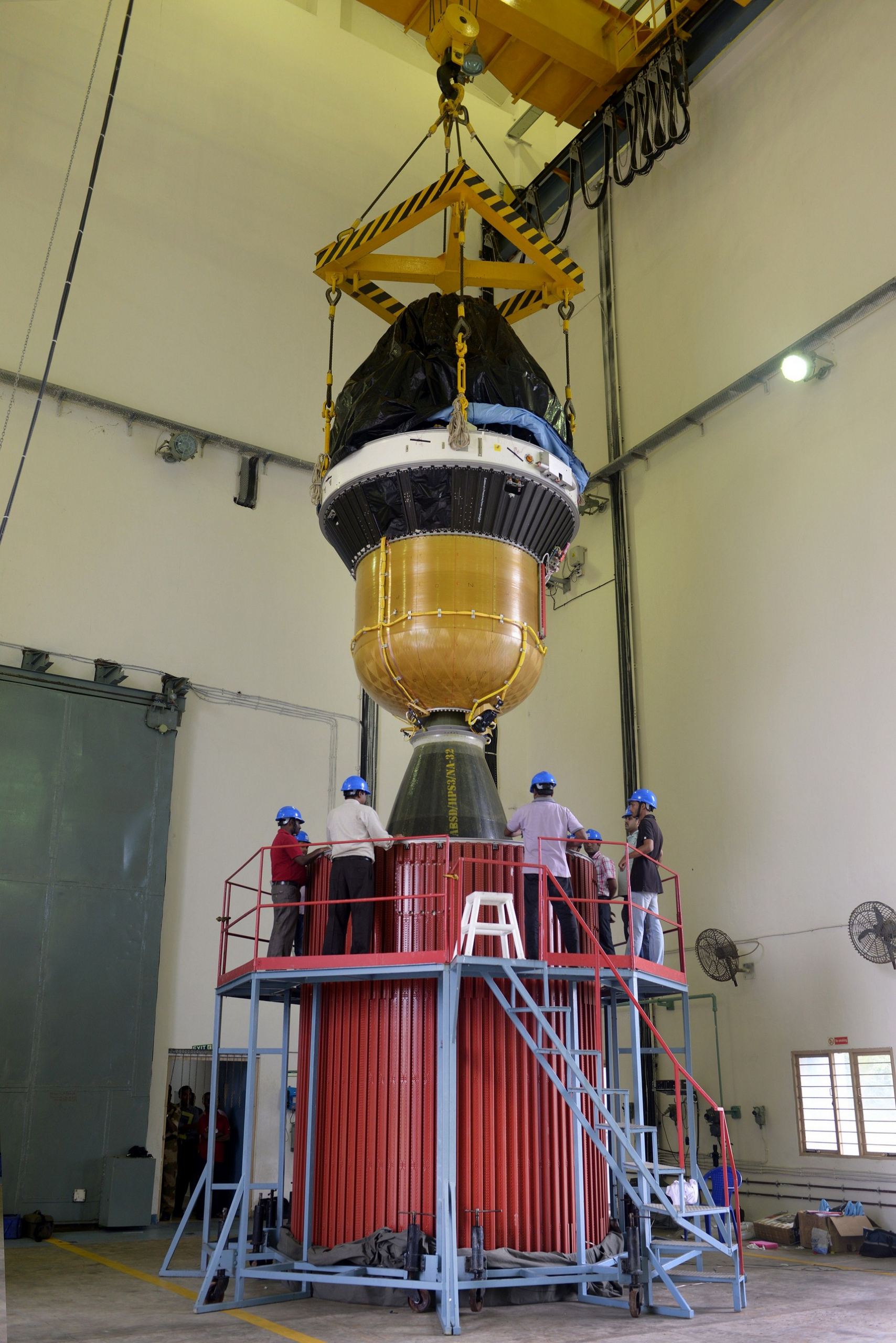 The third stage is different as it uses a bi-propellant liquid Velocity Trimming Module (VTM) to send the payload(s) to their specific orbits. VTM will be attached to the top of the third stage to provide roll control during the second and third stages of flights and will act as a terminal stage. A total of 16, Monomethylhydrazine (MMH) and Mixed Oxides of Nitrogen (MON-3) based thrusters providing 50 N of thrust each, are used on the VTM. Eight of the thrusters will be used as Reaction Control System (RCS) while the other eight are used as axial thrusters to change velocity.

The RCS will be used during any coast period seen during the flight as well as provide roll control.

The payload fairing, as well as the payload adaptors, will sit on top of the VTM. This 2.1-meter diameter Ogive fairing will be used to protect the payload(s) during ascent. The fairing underwent testing in August 2021. Inside the fairing will be payload adaptor(s) to accommodate either a single or multiple satellites. Many different configurations can be used to support these satellites. Options for the adaptor range from a single ~500 kg satellite or 30 3U CubeSat deployers.

Altogether, the rocket will be ~34 meters tall, 2 meters in diameter, and weigh ~120 metric tons at liftoff.

For SSLV’s first launch (SSLV-D1) planned in May 2022, it will lift the 142 kg Earth Observation Satellite (EOS)-02 satellite. to a 350 km orbit.  This small satellite will be used as a test satellite for the SSLV.

If it successfully reaches orbit, the satellite will operate for around 10 months and will have a ground resolution of six meters. EOS-02 was completed in early-2022.

SSLV’s second launch (SSLV-D2), will lift four BlackSky Global Earth Observation satellites to orbit. Contracted by Spaceflight Inc., this launch will be SSLV’s first commercial launch. These satellites will have a total mass of 224 kg and will be sent into a ~450 km orbit with an inclination of ~50 degrees. It will launch No Earlier Than (NET) September 2022.

More news from us at #smallsat2019! We've purchased and are manifesting the first commercial #SSLV. We are dedicated to giving our customers the most options to orbit. Read more here: https://t.co/dErwmwhENv

SSLV’s third planned flight is the X-Ray Polarimeter Satellite for the ISRO. This 480 kg satellite will launch to 500-700 km orbit.

All three of these launches will be launched from the First Launch Pad at the Satish Dhawan Space Centre (SDSC). The First Launch Pad is the same launch site used by the GSLV and PSLV launch vehicles. Once complete, SSLV will launch from a dedicated launch pad called Small Satellite Launch Complex (SSLC). Even later in the future, SSLV will launch from a new spaceport in Tamil Nadu at the south end of India. This spaceport will be used to allow launches to the south without flying over populated areas.

Another milestone will come up after the third or fourth successful launch of SSLV when the ISRO is planning to transfer construction to the industry. The transfer will allow NSIL to fully operate the rocket for commercial partners. The PSLV program recently made the same move.

Before SSLV’s first launch, PSLV has a single launch planned for April 2022. PSLV-C53 will launch the EOS-06 satellite along with BhutanSat. This launch will be the third PSLV launch operated by NSIL.