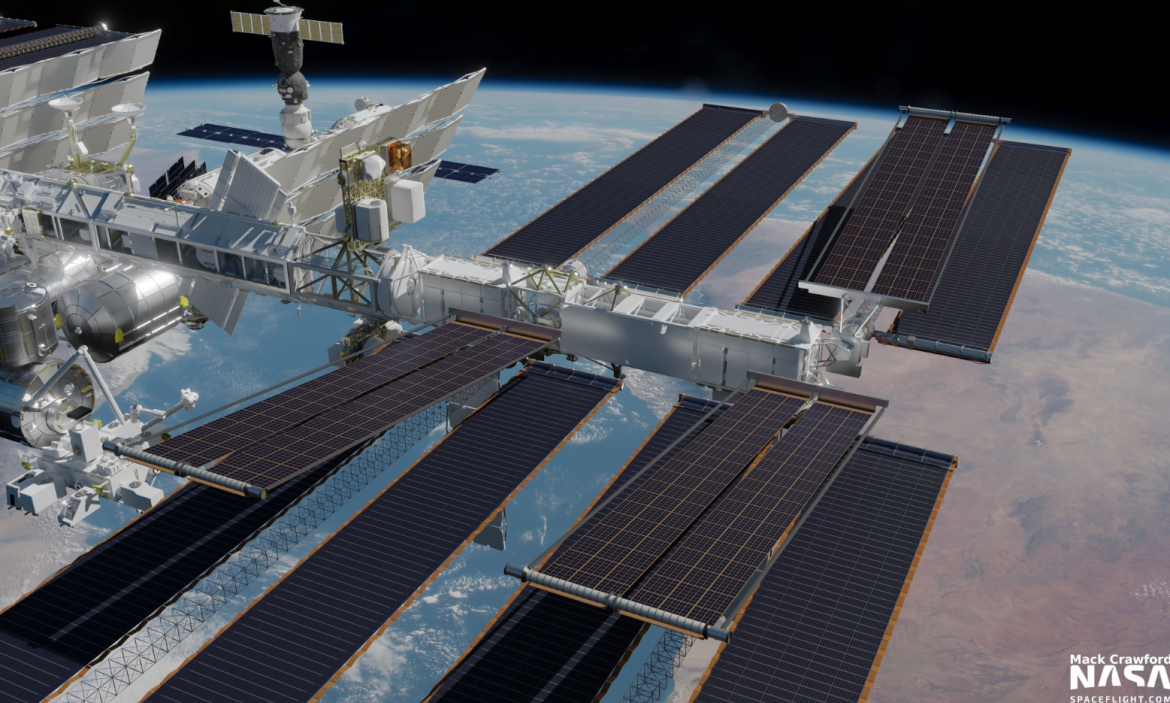 Two NASA astronauts have completed 6.5-hour spacewalk to continue the process of upgrading the space station’s power systems. The spacewalk kicked off a busy period of upcoming operations amid the continued uncertainty over the future of Russian co-operation on the ISS.

The Extravehicular Activity (EVA, or spacewalk) – US EVA-79 – was performed by astronauts Kayla Barron and Raja Chari and was second spacewalk at the station this year and the 247th EVA for construction, operation, and maintenance of the International Space Station (ISS) overall.

The spacewalk officially began at 12:12 UTC and concluded at 19:06 UTC and was dedicated to installing a so-called “mod kit” on power channel 3A’s Mast Canister Assembly (MCA) located on the Starboard-4 (S4) Truss.

The mod kit is essentially a mounting frame that will allow future spacewalkers to install a new ISS Roll Out Solar Array (IROSA) as part of the ongoing ISS Power Augmentation (IPA) program.

The IROSAs are gradually being installed on top of six of the station’s eight Solar Array Wings (SAWs) to increase the ISS’s electrical power output from its current level of 160kW up to 215kW.

Adding six new, smaller arrays – built by Boeing – is necessary due to degradation in the power output level of the SAWs, some of which have now been on-orbit for over 20 years.

While the IROSAs are around half the size of the SAWs, they are around twice as efficient, meaning they produce about the same amount of power.

Installing them on top of the existing arrays allows them to utilize the same sun-tracking motors, and the new arrays will ensure the ISS has adequate electrical power to support all requirements throughout the rest of its projected lifetime to 2030.

The EVA procedures were essentially the same as performed on EVA-77 in September 2021, which installed a mod kit on channel 4A on the P4 Truss.

The mod kit installation procedures involved assembling a frame out of several struts and bolting it to the base of an existing solar array, all using a Pistol Grip Tool (PGT).

Specifically, an upper triangle was assembled by connecting a right upper strut to a center mounting bracket, following which a left upper strut was connected on the opposite side.

The triangle structure was then mounted to the base of the 3A Mast Canister Assembly on the S4 truss via a center pad.

A final task for the spacewalkers was to be the release Multi Layer Insulation (MLI) covers and “break torque” on bolts for two spare Battery Charge Discharge Units (BCDUs) located nearby on the S6 Truss.

This will allow the BCDUs to be accessed and removed robotically should they ever be needed in the future.

However, Barron and Chari worked far ahead of their planned timeline, and NASA approved two get ahead tasks as well: breaking torque on multiple Orbital Replacement Units (ORUs) stored on 3A Integrated Electronics Assembly on the S4 truss and performing an electrical patch panel evaluation for clearance on the Alpah Magnetic Spectrometor experiment.

Both spacewalkers then headed back inside the Quest airlock to conclude the EVA.

The spacewalk came as the international partners of the ISS enter a busy period of spacewalks and visiting vehicle arrivals and departures. 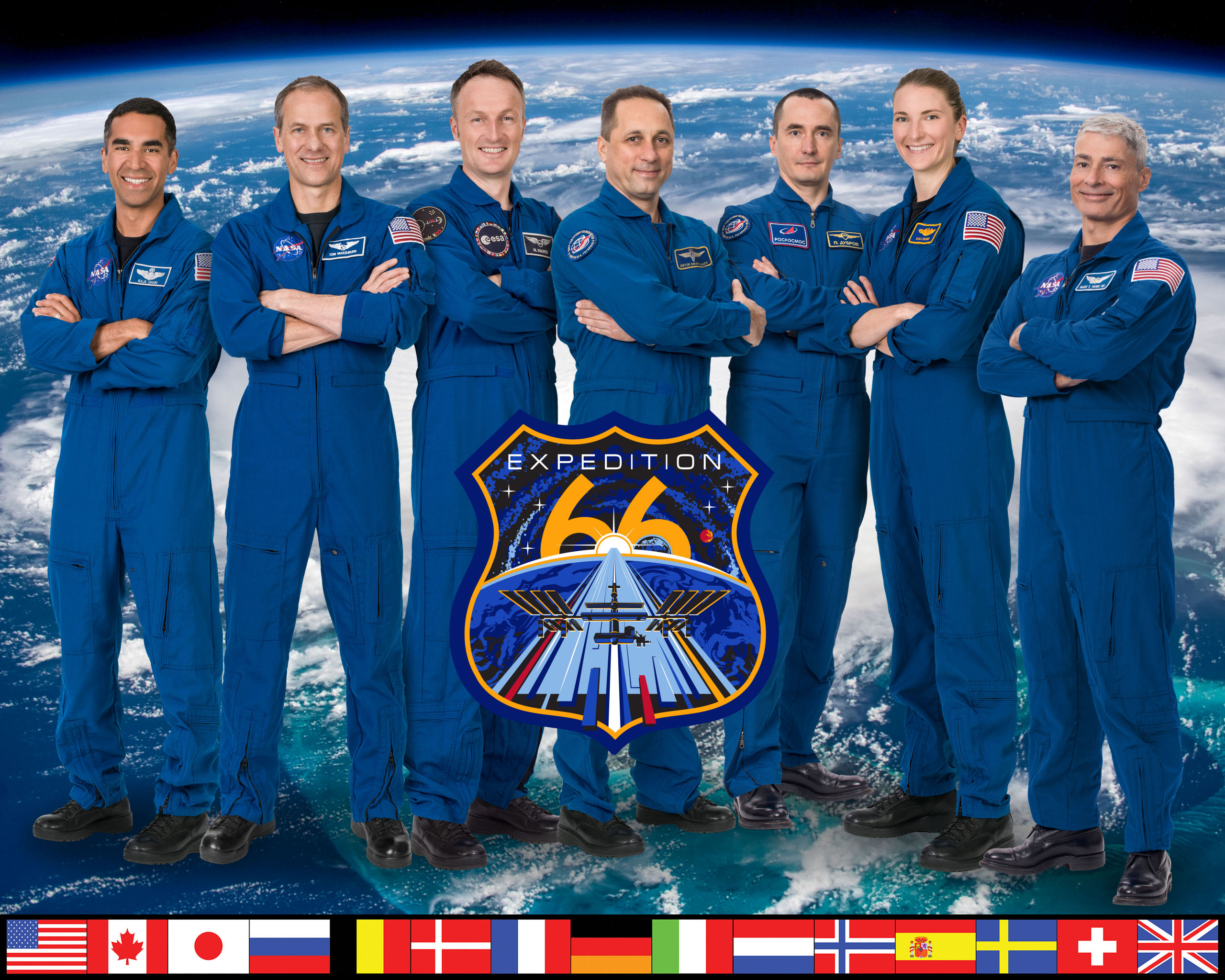 In response to the current state of relations between NASA and Roscosmos as it relates to the ISS, Joel Montalbano, NASA’s ISS program manager, said: “Nothing has changed in the last three weeks. The control centers operate successfully, flawlessly, seamlessly. We’re not seeing any impacts to what’s going on around us,”

NASA insists that the geopolitical situation is not having an impact on the day-to-day operations of the ISS despite the rhetoric from Roscosmos head Dimitry Rogozin on Twitter.

“We’re aware of what’s going on, but we are able to do our jobs, continue operations,” added Montalbano.

Over the next five weeks, a busy period of visiting vehicle operations is scheduled to occur at the station.

On March 18, the Soyuz MS-21 spacecraft will launch with an all-Russian cosmonaut crew for a six-month mission to the station.

The occurrence, while timely, is coincidental to what’s happening on the ground as a seat swap between NASA and Russia to place an American on Soyuz MS-21 and a Russian on Crew-4 was decided against months ago in favor of doing the crew swap on Soyuz MS-22 and Crew-5.

He joins 4 others who have spent extended time in space. His mission will help NASA prepare for future #Artemis missions to the Moon. pic.twitter.com/SFlzdHn2SG

On March 30, Soyuz MS-19 will undock from the ISS and return to Earth carrying Russian cosmonauts Anton Shkaplerov and Pyotr Dubrov as well as NASA astronaut Mark Vande Hei.

Both Dubrov and Vande Hei are returning home after a year in space.

Recent Russian actions and provocative statements from Roscosmos head Dimitry Rogozin had led to concern that Vande Hei may not return home on the Soyuz. But Montalbano said during a US-79 spacewalk preview briefing on March 14 that “I can tell you for sure Mark is coming home on that Soyuz. We are in communication with our Russian colleagues. There’s no fuzz on that.”

The statement from Montalbano was the first confirmation from NASA that such a return for Vande Hei was a certainty. 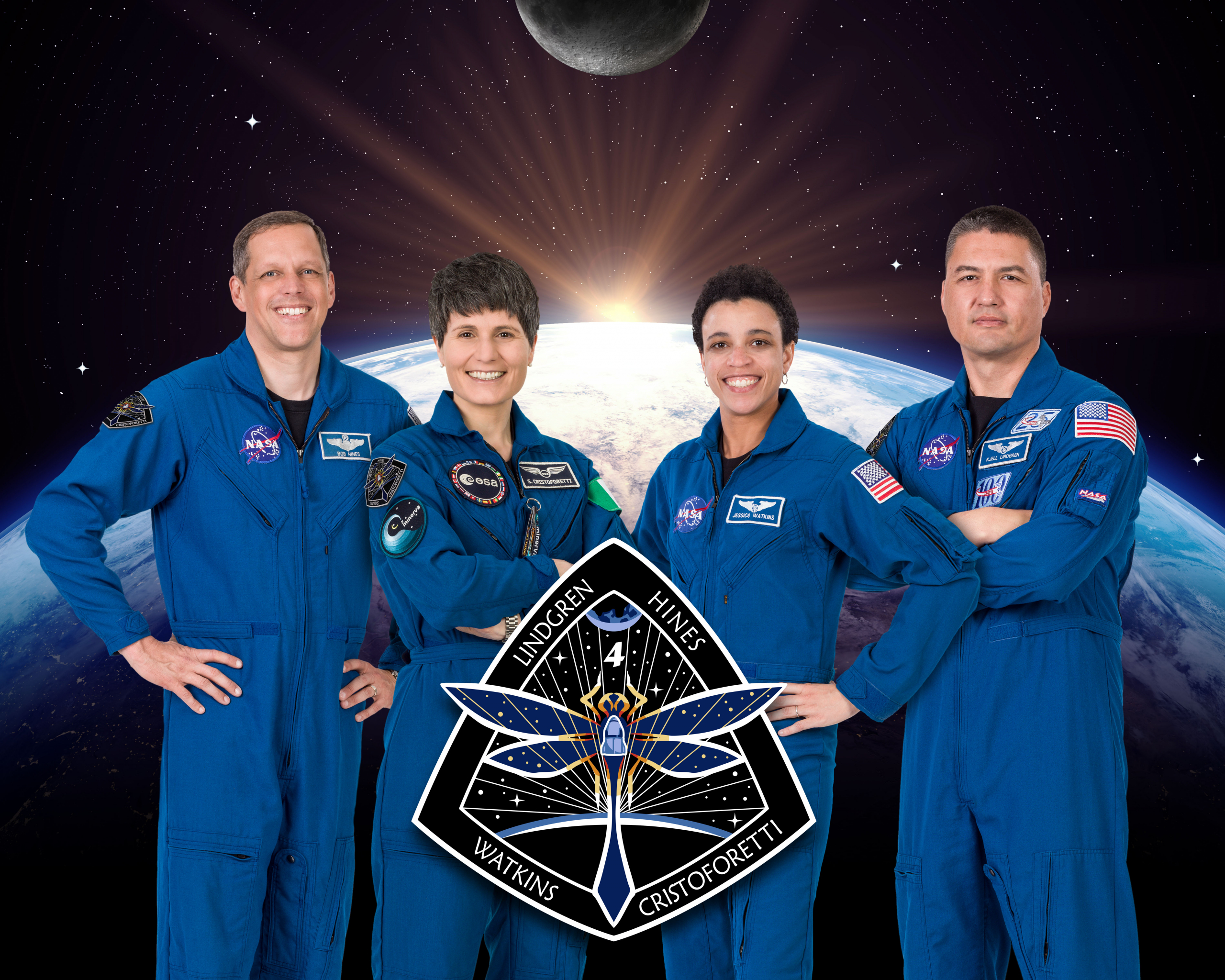 Nevertheless, on the same day that Vande Hei is scheduled to depart the ISS and return to Earth on Soyuz, a SpaceX Crew Dragon will launch with the Axiom-1 crew, carrying four international private astronauts on a week-long mission to the outpost.

The Axiom-1 mission will arrive one day after launch and undock and return to Earth on April 8 after a one-week stay.

Just a week after Axiom-1’s departure, another Crew Dragon will launch on April 15, this time for the Crew-4 long-duration mission. Crew-4 will carry astronauts Kjell Lindgren, Bob Hines, and Jessica Watkins from NASA as well as Samantha Cristoforetti for the European Space Agency.

Crew-4 will dock on April 16 for a five-month stay at the station.

Looking ahead into May, NASA is aiming to fly Boeing’s Starliner on its long-awaited second uncrewed demonstration mission, OFT-2.